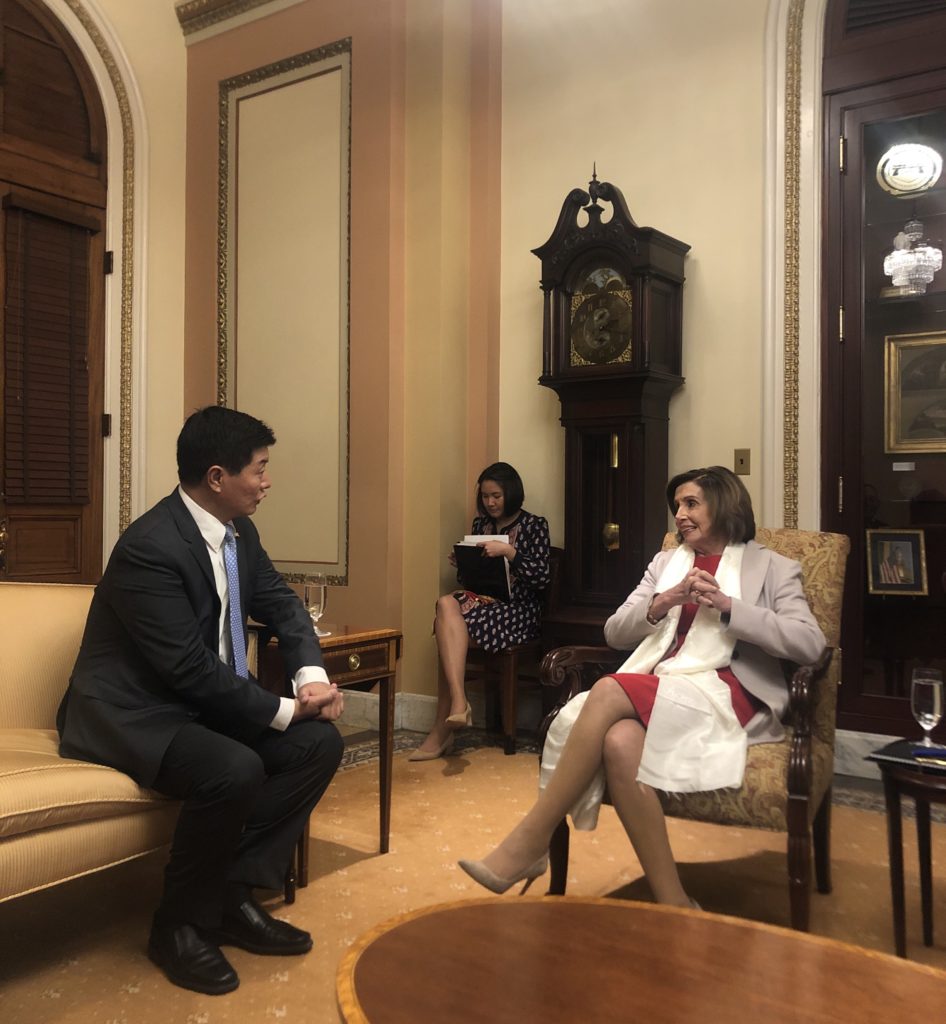 Sikyong Dr Lobsang Sangay thanks honourable Speaker Nancy Pelosi for supporting the passage of the Tibet Policy and Support Act and mentioning Sikyong in her speech on the house floor.

Washington DC: Sikyong Dr Lobsang Sangay thanked honourable Speaker Nancy Pelosi in her office in Washington DC. Speaker Pelosi has been a strong supporter of His Holiness the Dalai Lama and the Tibet cause for decades, and she recently spoke on the House floor to promote the passage of the Tibet Policy and Support Act. Dr Sangay thanked the Speaker for her mentioning Sikyong during her speech, and the Speaker graciously replied, “It is my honour”. Representative Ngodup Tsering invited Speaker Pelosi to His Holiness the Dalai Lama’s 85th birthday celebration at the Capitol, which she readily agreed to.

Sikyong and his entourage also met with Majority Whip Representative Jim Clyburn to thank him for his leadership in helping pass the bill. After gifting him a khatak, the Majority Whip leader gifted in return Sikyong and the rest of the Office of Tibet staffers a Majority Whip emblem.

Senator Bob Casey, a Democrat senator for Pennsylvania, agreed to co-sponsor the Senate version of the Tibet Policy & Support Act (S.2539). He has been a vocal critic of unfair Chinese trade policies and rampant human rights violations. Sikyong explained to the senator the various ways the Chinese Communist Party represses Tibetans in Tibet, and the Senator stated that “I can’t imagine to be targeted of that kind of violence and discrimination”.

Sikyong Dr Lobsang Sangay concluded his marathon of meetings with a meeting with Alice Wells, the Acting Assistant Secretary for South and Central Asia. Sikyong appraised her of the dynamics between Nepal and China at the expense of vulnerable Tibetan refugees and also discussed with her other matters at large related to Tibet & Chinese interference and oppression. 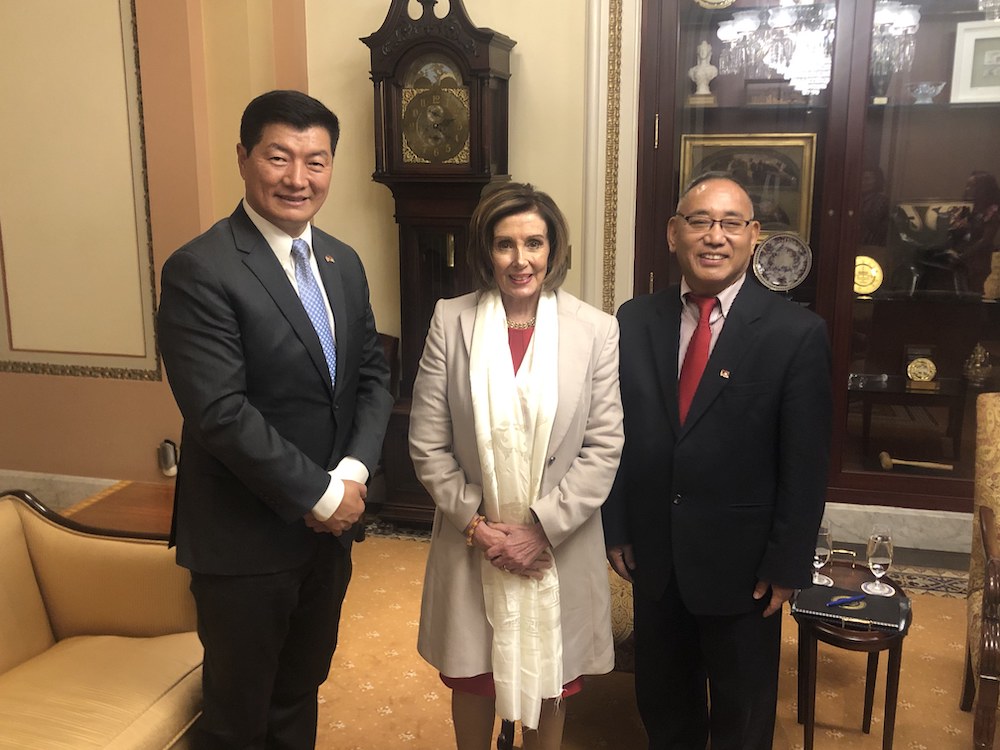 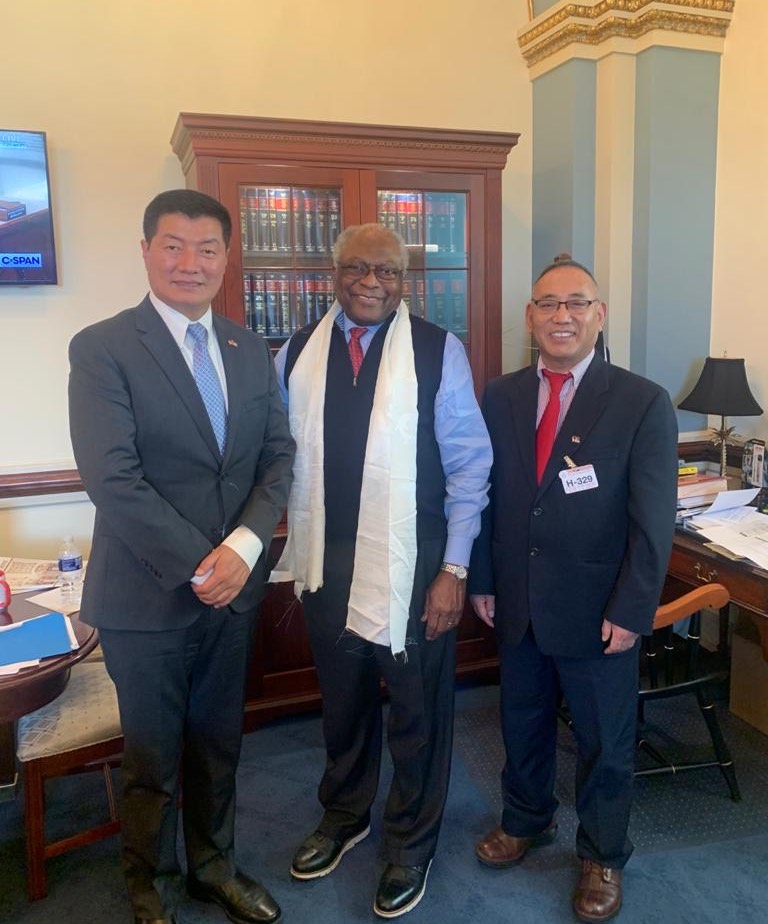 Sikyong calls on Majority Whip Representative Jim Clyburn and thanks him for his leadership in helping pass the Tibet Policy and Support Act. 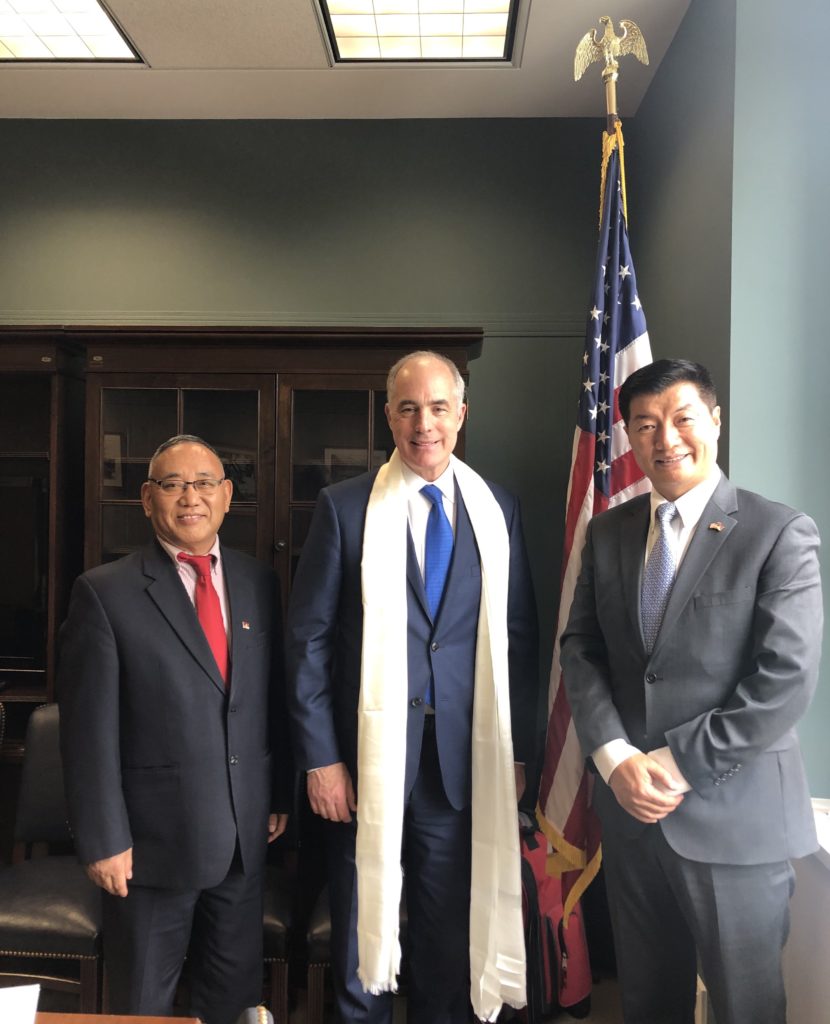 Sikyong calls on Senator Bob Casey, a Democrat senator for Pennsylvania, who agreed to co-sponsor the Senate version of the Tibet Policy & Support Act (S.2539). 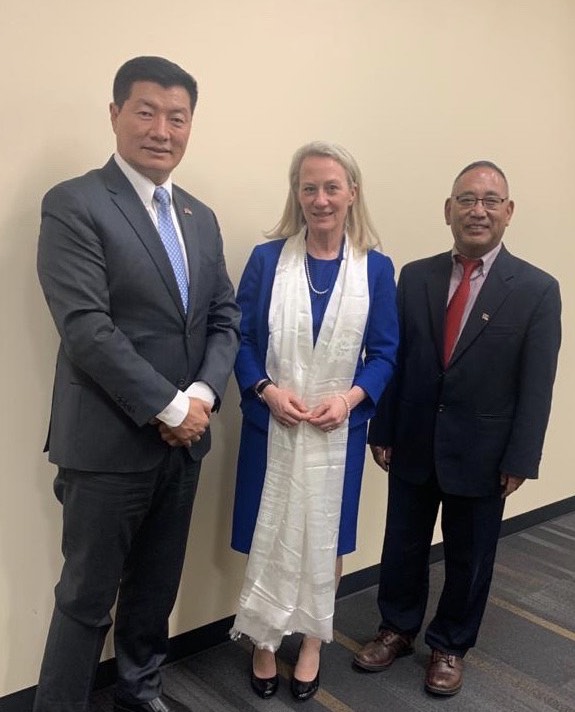