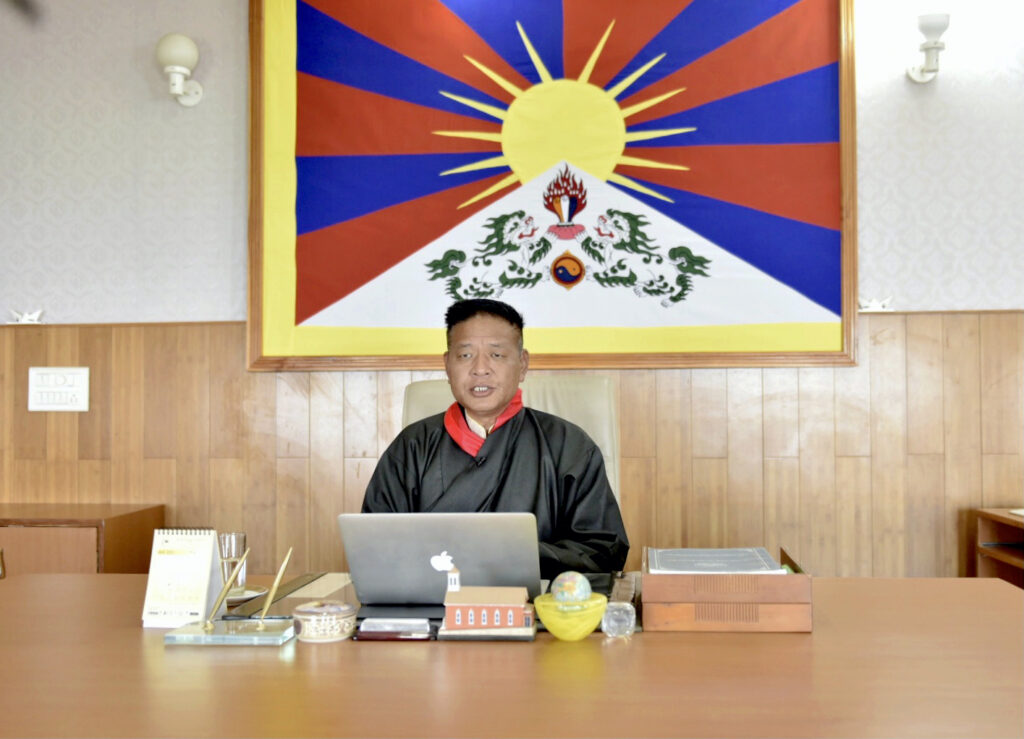 We are very fortunate to be blessed by the virtual presence of His Holiness the Dalai Lama at the inaugural function this morning. It is of utmost importance that all of us Tibetans abide by the guidance of His Holiness and the Executive will make every effort to make sure that we follow and act in accordance with the path shown by His Holiness the Dalai Lama. To begin with, I pay my respect and obeisance to His Holiness the Dalai Lama, the protector and Symbol of the people of Tibet and all other eminent holders of the Dharma. At the same time, I extend my good wishes to all my Tibetan brothers and sisters inside and outside Tibet, and all freedom and truth loving Tibet supporters. I also take this opportunity to thank Hon. Speaker Nancy Pelosi of the US Congress, the State Department, Taiwan Foreign Minister, Parliamentary Friends of Tibet, Tibet Support Groups, organizations and individuals for the numerous heartwarming congratulatory letters we received from around the world.

Functions of the Executive