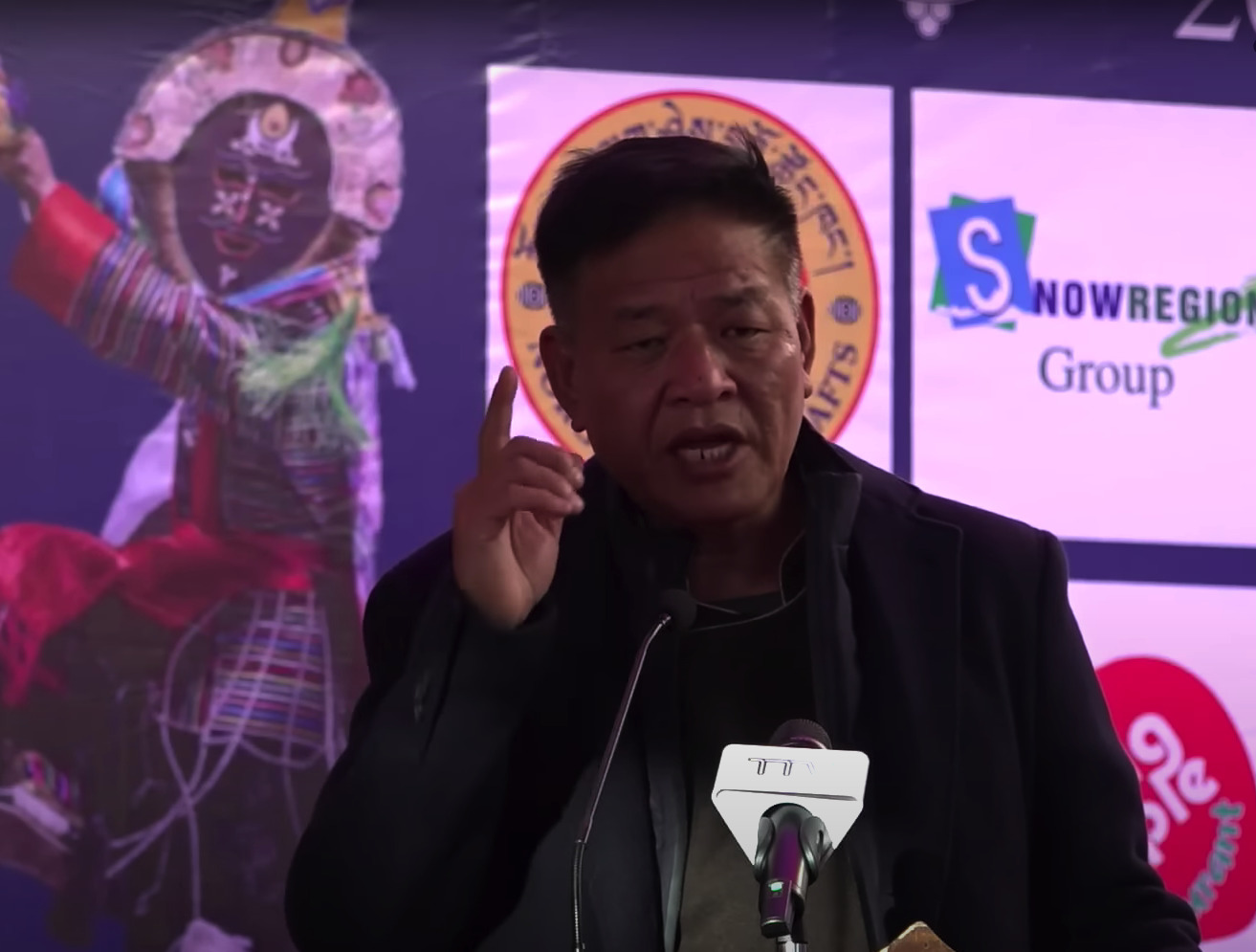 Dharamshala: Sikyong Penpa Tsering of the Central Tibetan Administration (CTA) attended the first Tibet Festival in Majnu-ka-tilla as chief guest along with the event’s special guest Smt. Rinchen Lhamo, a member of the National Commission for Minorities, at the atrium of Delhi-based TCV Day School on 7 January 2023. The festival was organised by the Tibetan Chamber of Commerce, the first association of Tibetan businessmen instituted in 2005.

The official gathering of the two-day Tibet Festival was also attended by Geshe Lhakdor, the Director of the Library of Tibetan Works and Archives; Dhondup Gyalpo, the acting Representative of Bureau of His Holiness the Dalai Lama – Delhi; Dorjee Tsering, Samyeling’s Tibetan Settlement Officer; and Tashi Wangdu, President of the Tibetan Chamber of Commerce.

Recalling the accounts of initial vain attempts to set up Tibetan-run factories and businesses in India under the leadership of then administration Gaden Phodrang, Sikyong underscored the importance of having diversified and thriving Tibetan private commerce in his address. He said, “When an individual’s business prospers, it can benefit the collective goals and produce self-sufficient associations.” At the same time, he further suggested inviting non-Tibetans to Tibetan events like festivals and others for magnified results and greater awareness, given non-Tibetans’ absence at the festival.

Before Sikyong’s talk, the gathering was also addressed by Smt. Rinchen Lhamo and Tashi Wangdu.

In his introductory remarks, President Tashi Wangdu presented the Tibetan Chamber of Commerce’s vision of introducing e-commerce to expand the market for Tibetan business persons, along with other new initiatives for making the platform more inclusive and efficient.

Smt. Rinchen Lhamo, the festival’s special guest, commended the preservation of Tibetan traditions in exile despite challenges saying, “the collective shouldering of responsibility and consideration on Tibet cause is what unites and strengthens Tibetan community” which she considered as an inspiration to her community.

The festival displays various Tibetan handicrafts at stalls for presentation and selling purposes. 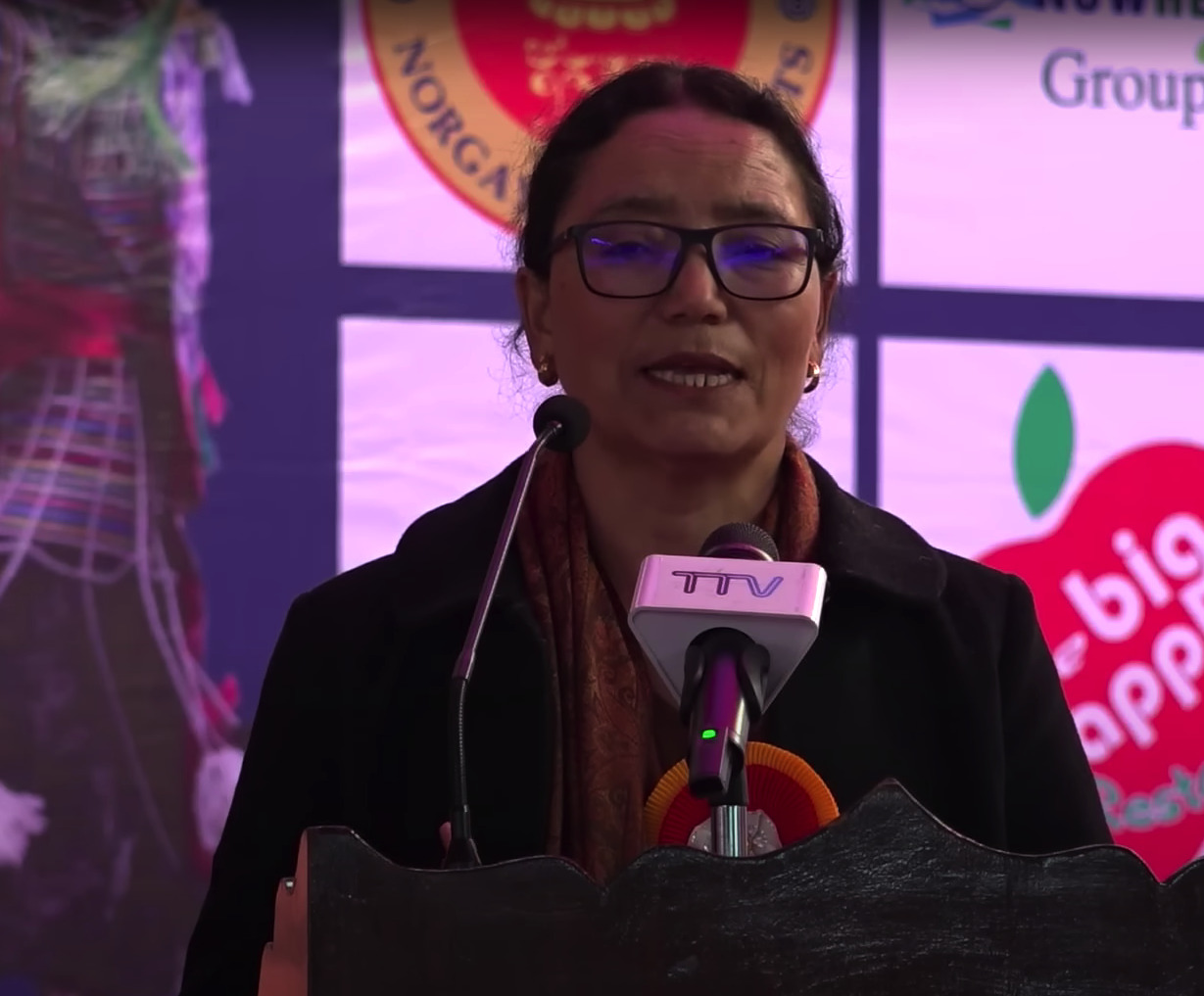 Smt. Rinchen Lhamo, a member of the National Commission for Minorities. 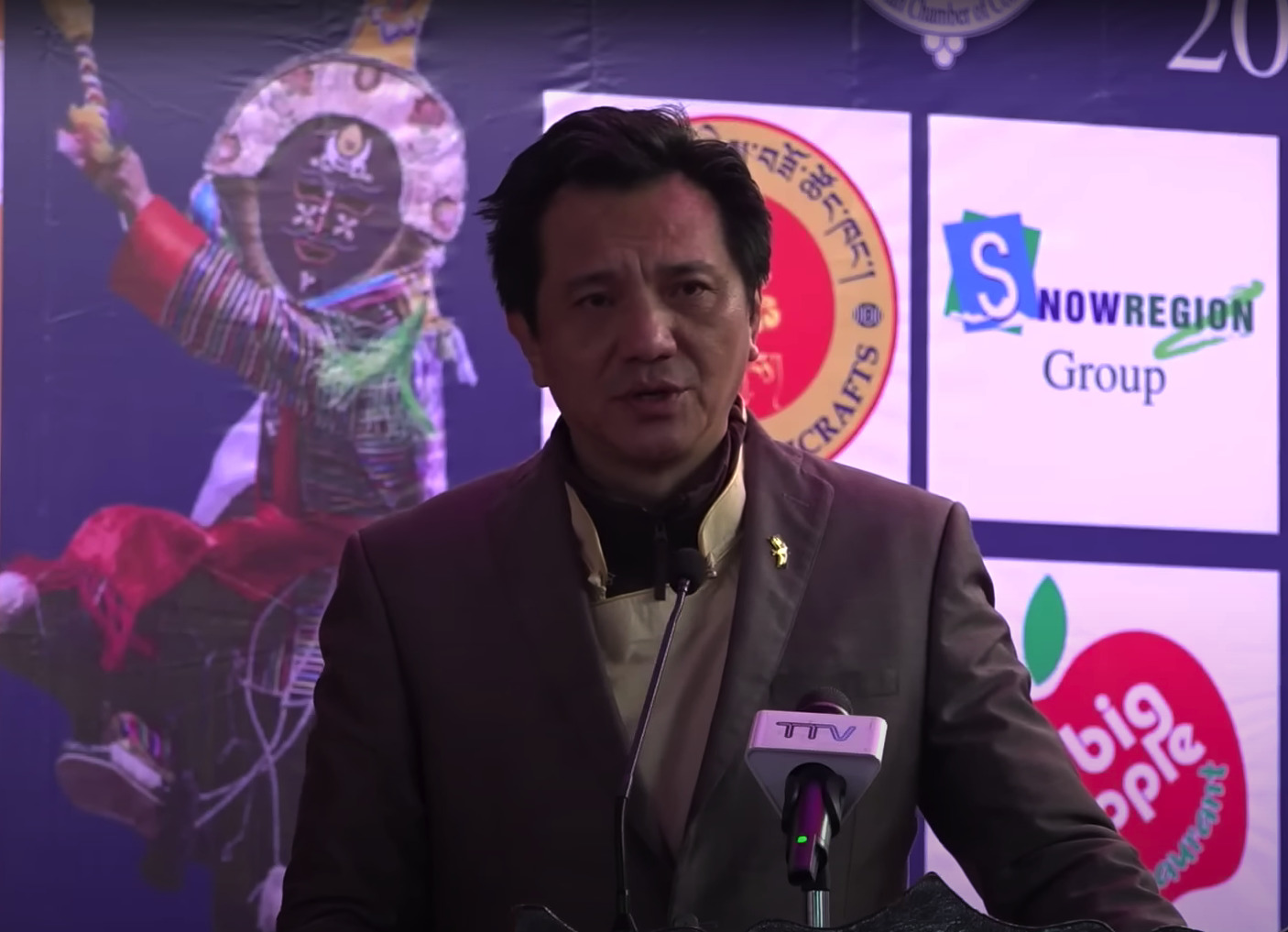 Tashi Wangdu, President of the Tibetan Chamber of Commerce. 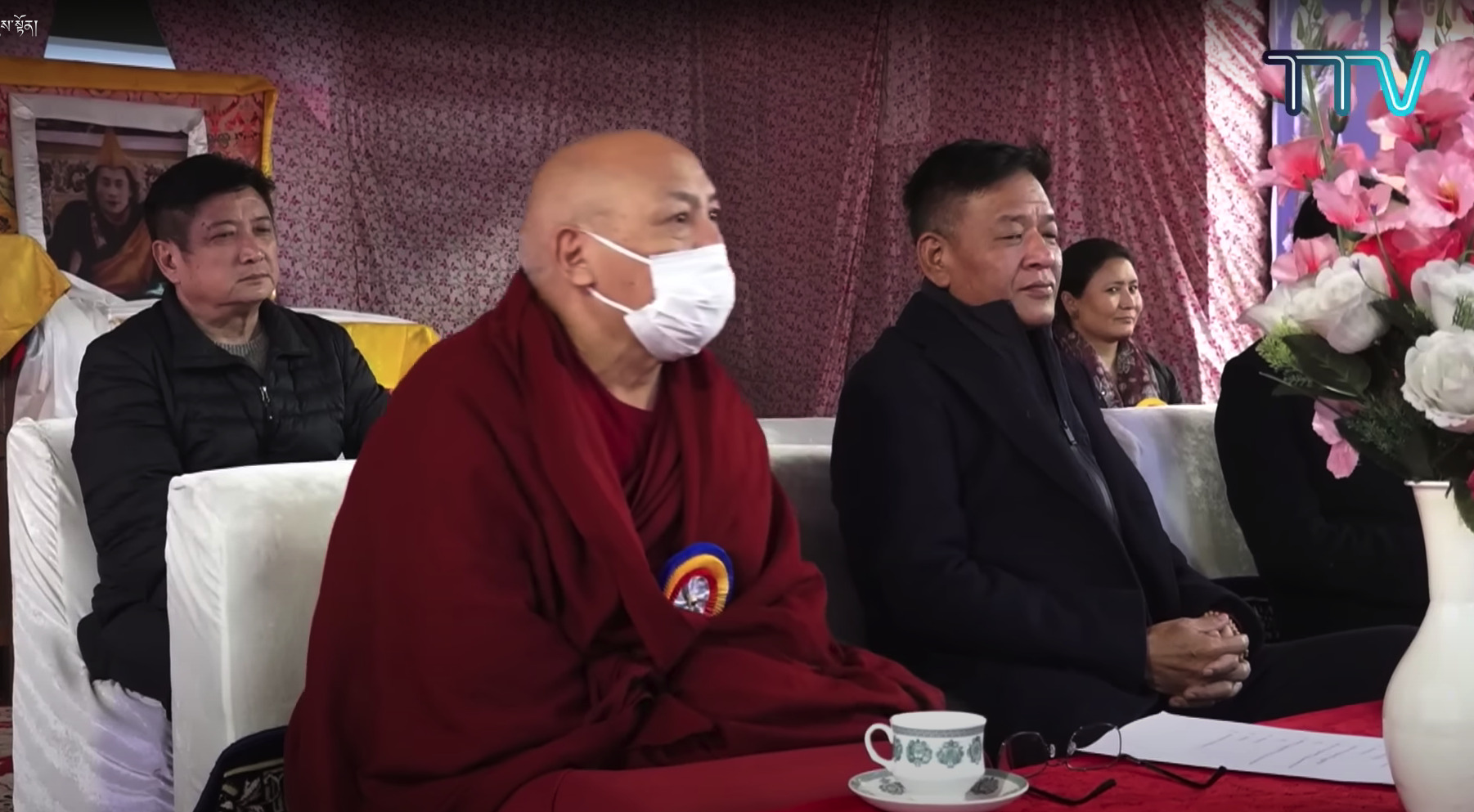 The dignitaries at the first Tibet Festival in Majnu-ka-tilla. 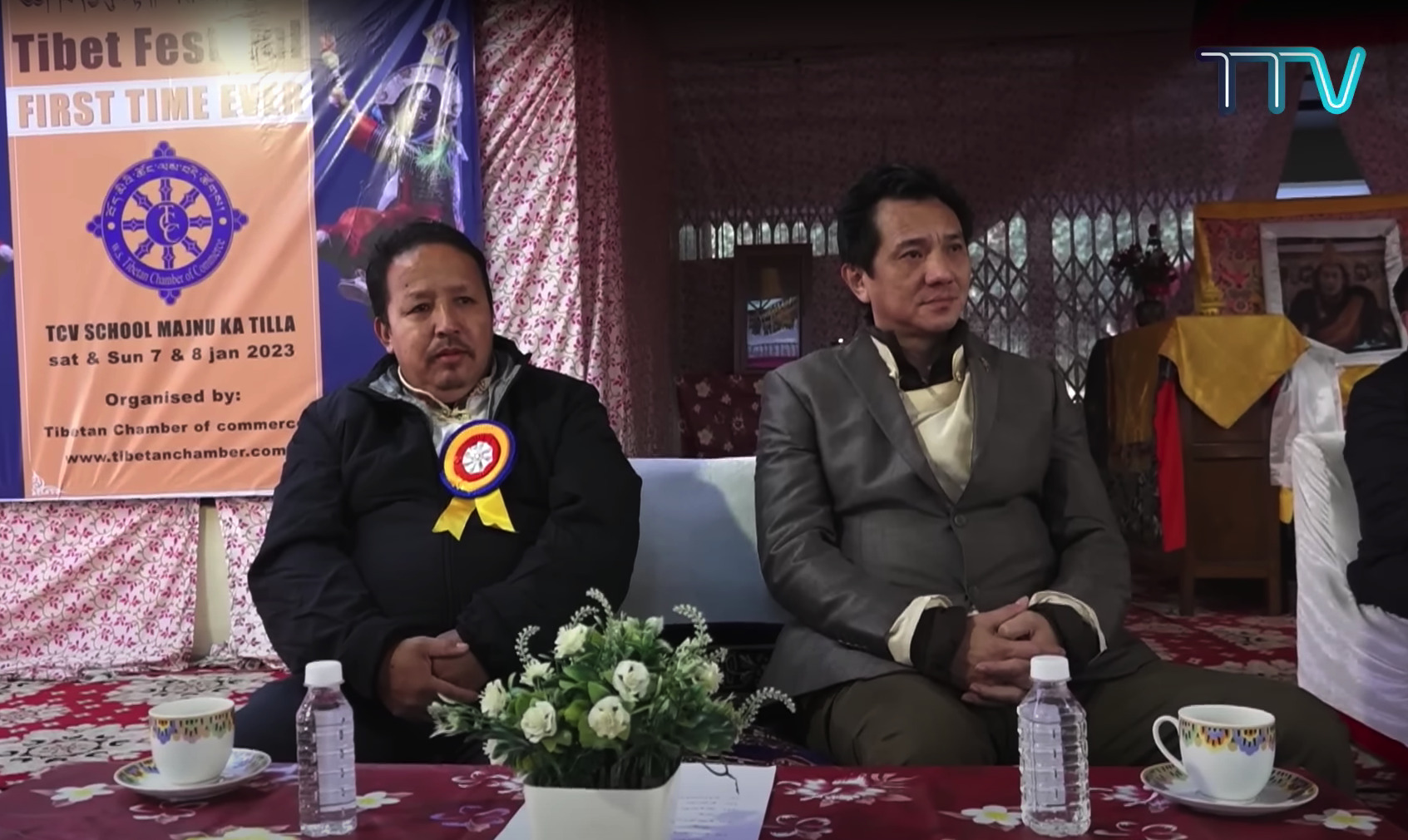 The dignitaries at the first Tibet Festival in Majnu-ka-tilla.

During the first Tibet Festival in Majnu-ka-tilla.