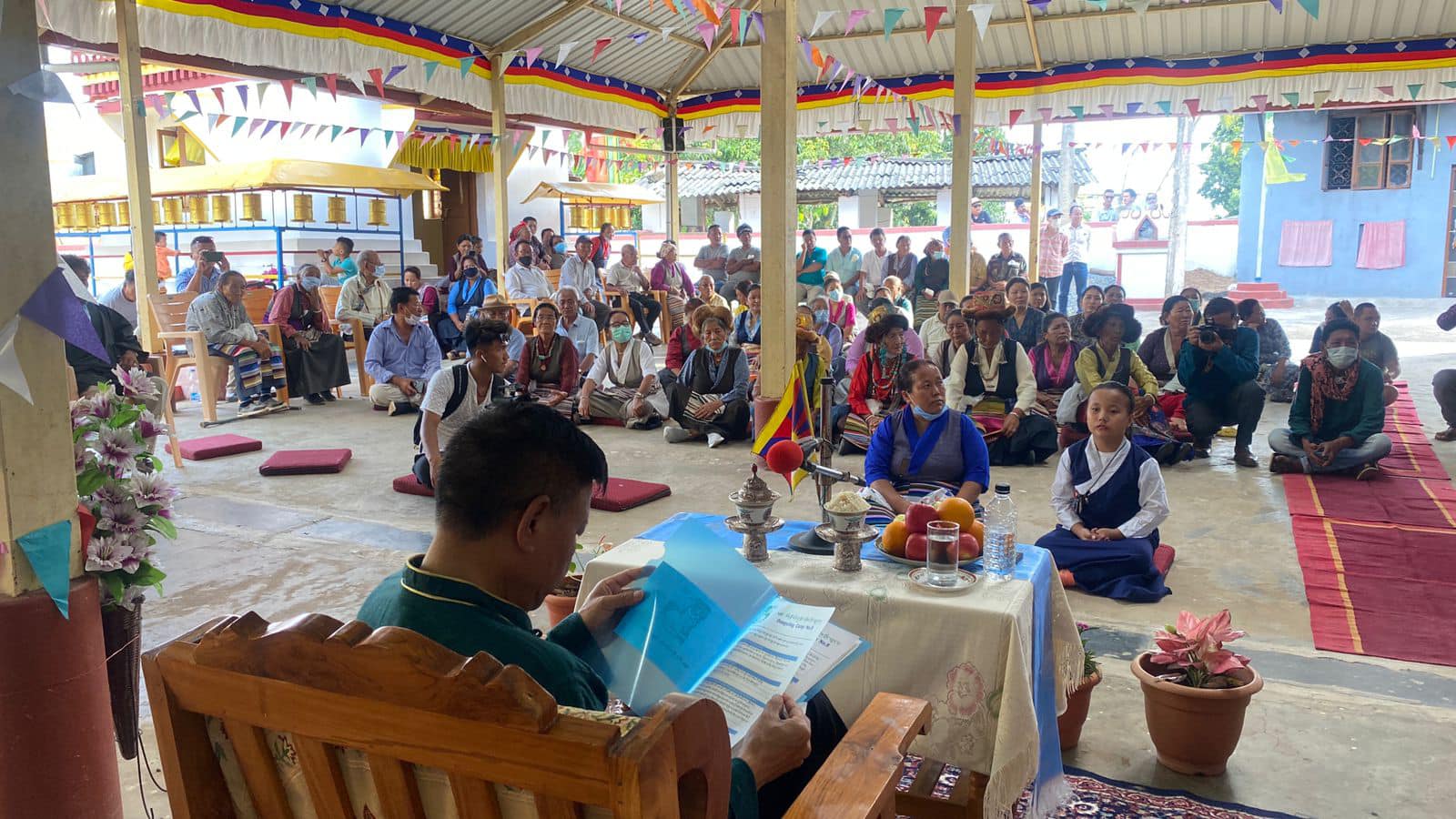 Sikyong’s maiden arrival at the settlement was received by settlement officer Lhakpa Dolma led president of Local Assembly, president of Primary Agricultural Cooperatives, representatives of various associations and the public standing in queues to greet the Sikyong.

Shortly after his arrival, he visited around 6 monasteries including Drepung Loseling, Deyang monastery, Gomang monastery, Sakya monastery etc. to offer prayers marking the commencement of three-day engagements in Mundgod. In the afternoon, he visited Mentseekhang, Sambhota school, and three camps followed by an address to the monks of Loseling, Gomang, Deyang, Sakya, Ratoe and Kagyu monasteries at Drepung Lachi led by the abbots of the said monasteries.

The next day, Sikyong continued with visitations of rest of the monasteries including Nyingma monastery, Sakya, Jangchup Choeling. In the evening, he addressed the monks of Gaden Shartse and Jangtse led by abbots Jangchup Sangay and Lobsang Tenpa respectively at Gaden Lachi.

In his address at Drepung Lachi and Gaden Lachi, Sikyong reiterated the dual objectives of the 16th Kashag to find a lasting solution for Sino-Tibet conflict and to look after the welfare of Tibetan people. 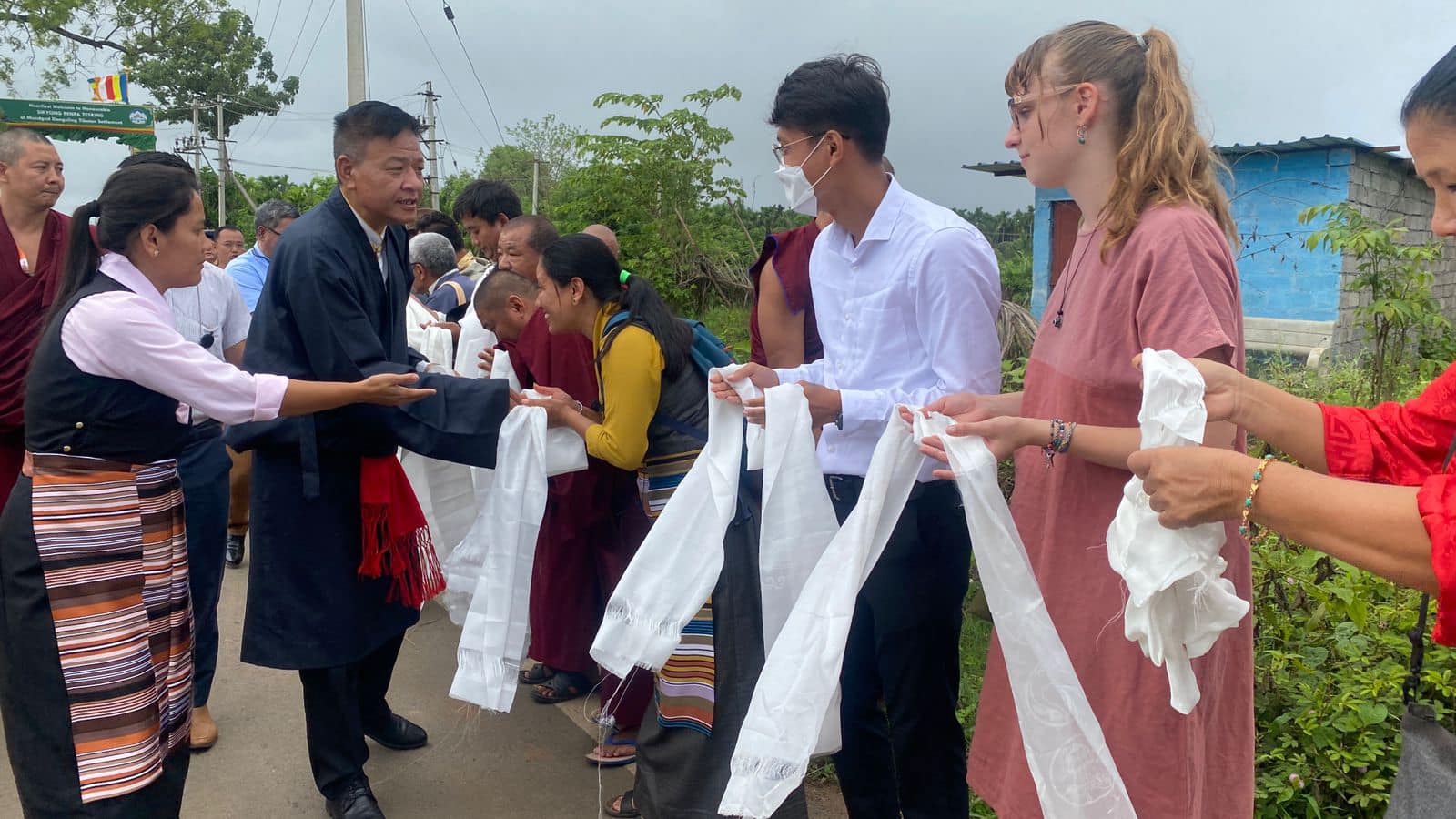 Tibetans welcoming Sikyong Penpa Tsering to the settlement upon his arrival

“China’s policy towards Tibet is ruled by an objective to destroy the fabric of Tibetan national identity and until we don’t find a resolution to the conflict, we are resolute to continue on the path of Middle Way Approach to find a mutually beneficial and non-violent solution to the Sino-Tibet conflict,” said the Sikyong. To achieve a resumption of the dialogue, he propounded the essentiality of understanding the historical status of Tibet as well as reviewing the realities inside Tibet.

“While we continue to reach out to Chinese counterpart, we are committed to putting in every effort to strengthen and multiply global advocacy” Sikyong noted. He explained some of the restructurings in the political approach initiated by the administration involving formation of a new Permanent Strategy Committee in replacement of Task Force on Sino-Tibetan Negotiations established in 1998. This new strategy committee consists of four members each from a specific department of CTA and are entrusted with primary task of sourcing relevant information inside Tibet, sourcing news around the world, and conducting analytical research on the informations gathered. The committee is responsible for advising Sikyong on advocacy and strategy planning. He also explained the V-TAG, an advocacy initiative launched by the 16th Kashag to bolster effort of every Tibetan, particularly the youth to contribute in their own ways to the just cause of Tibet considering the diasporic Tibetan community understanding of different languages and well-integrated with the system of governance of different countries. He noted the 16th Kashag’s absolute effort in redirecting its focus and more of its resources into resolving the Sino-Tibet conflict.

With respect to taking care of welfare needs in exile, Sikyong said the Kashag’s key priority at present was to allocate housing for some 1999 newly arrived Tibetans from Tibet and some along the Into-Tibet border region. While the home department is working on the rehabilitation of those Tibetans, Sikyong said those in possession of unutilised and untended land to return them to the CTA. He repeated the administration’s current project of creating an app-based demographic census to attain a master data list which will be used as a yardstick for future implementation of CTA’s political, administration, socio-economic and welfare schemes and most importantly the current administration’s endeavour towards e-governance for which the same data list will be used. 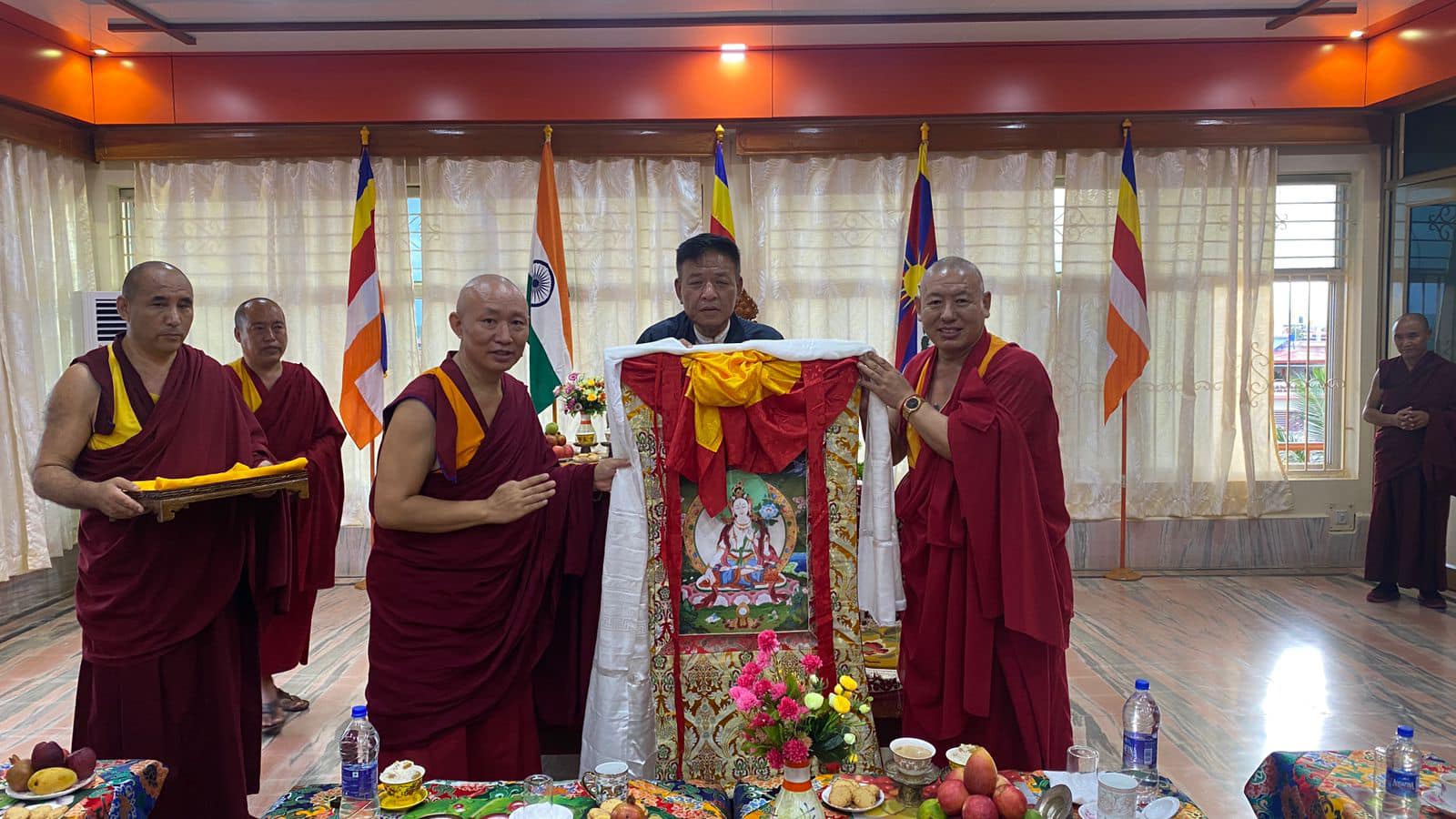 Another substantial project proposed by the Sikyong involves developing a mobile-based searching app involving the use of QR codes in monastic institutions where devotees or tourists could obtain concise information about the history of the monasteries as well as information about statues and portraits on display. This according to Sikyong would be beneficial for boosting tourism in settlements with a large number of monastic institutions.

While answering questions from the gathering, Sikyong addressed concern about declining number of Tibetan monks at the monastic institutions which he noted was a situation beyond control explaining key reasons being consecutive decline in Tibetan arrivals from Tibet since 2008, Tibetan migration abroad, and low birth rate. However, he added this will not impact the preservation of Tibetan Buddhism as he was assured the larger number of monks from the Himalayan region will be the ones to carry forward the legacy.

“We are culturally same and we practise the same religion. So, when you go back to your native, make sure you propagate Buddhist teaching in action” Sikyong added.

Tomorrow will be the last scheduled program in Mundgod, after which, Sikyong will depart for Dharamshala marking the successful completion of five southern settlements tour. 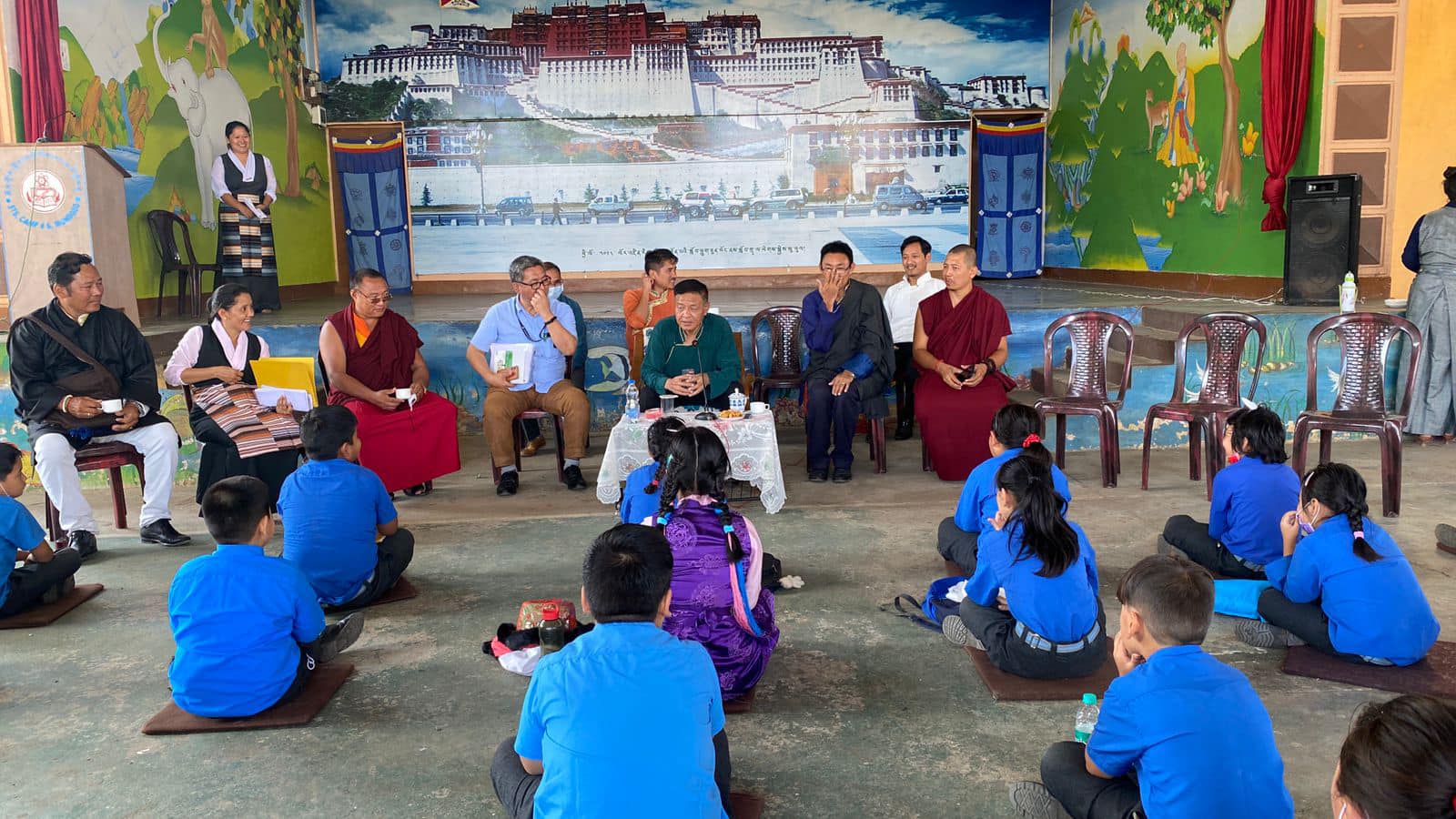 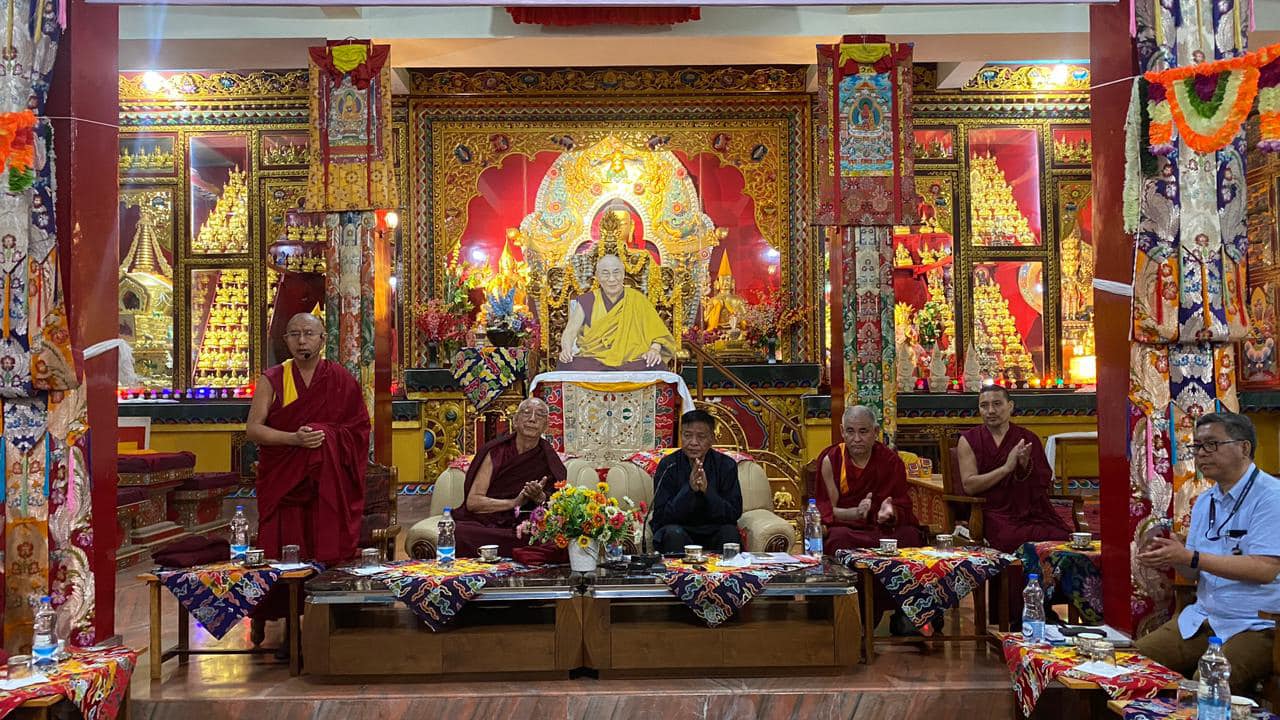 Sikyong’s addressing to monks during his first day of engagements in Mundgod Doeguling settlement. 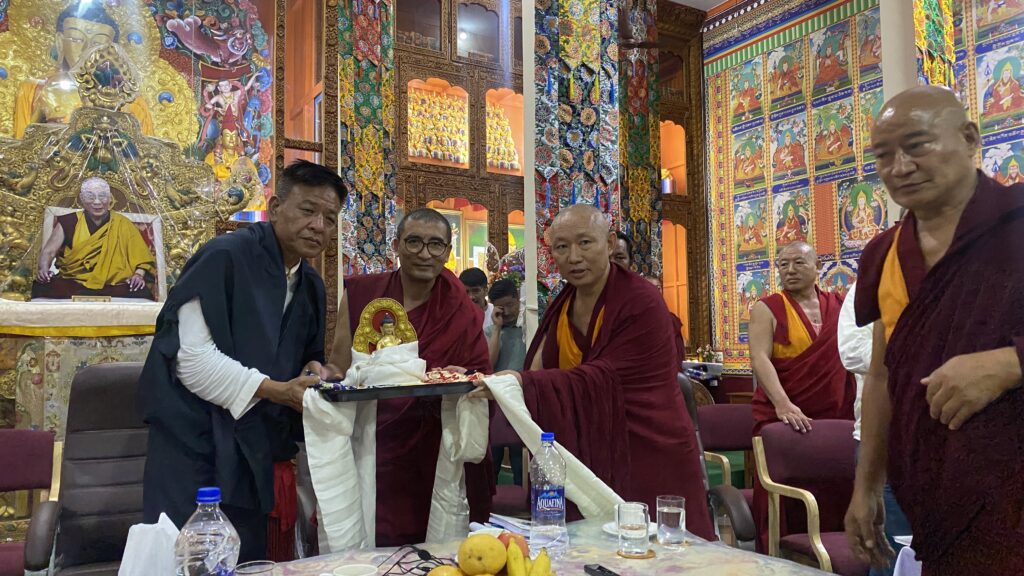 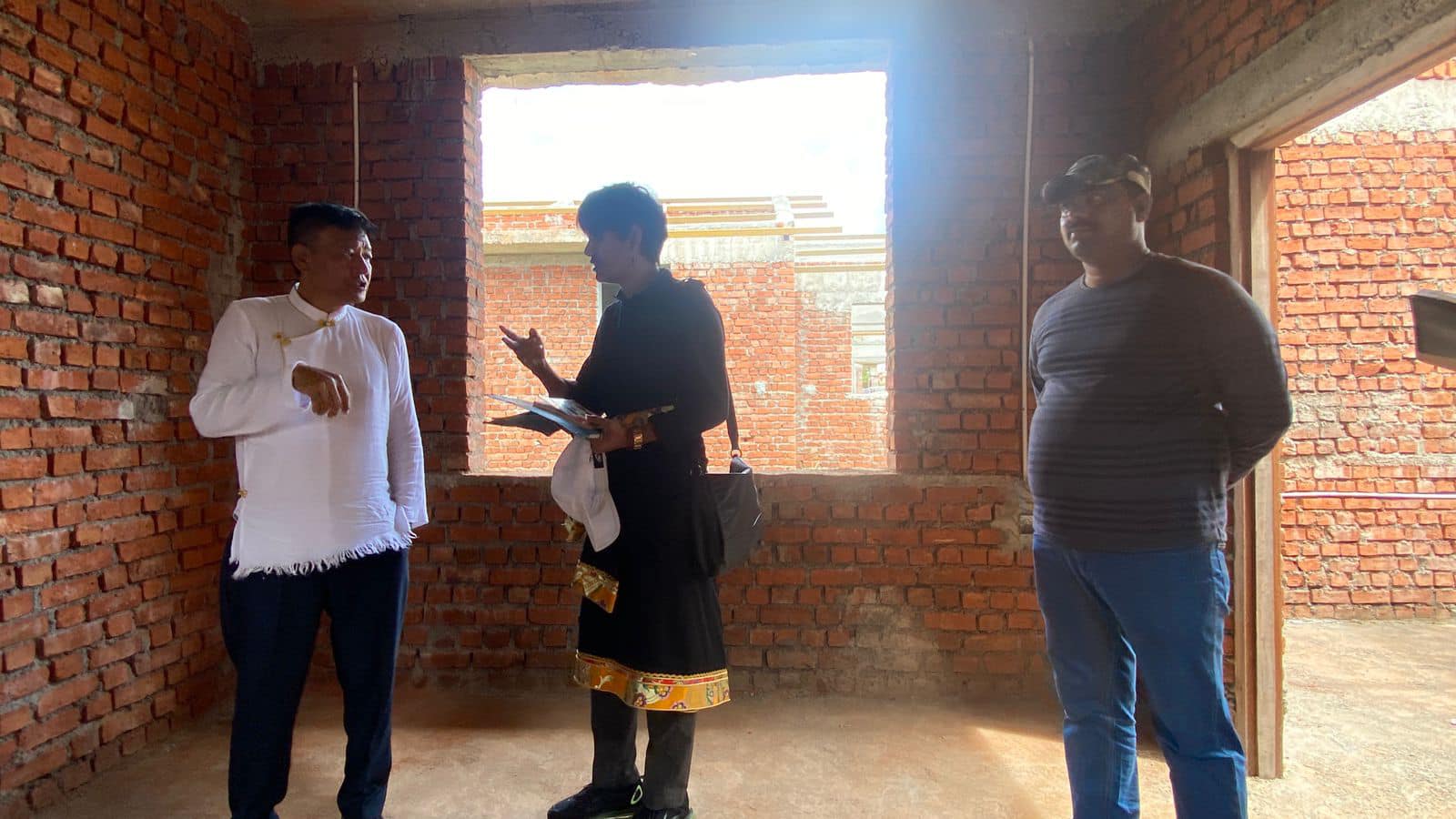 Sikyong inspecting the construction site of residences for newly arrived Tibetans from Tibet in Mundgod. 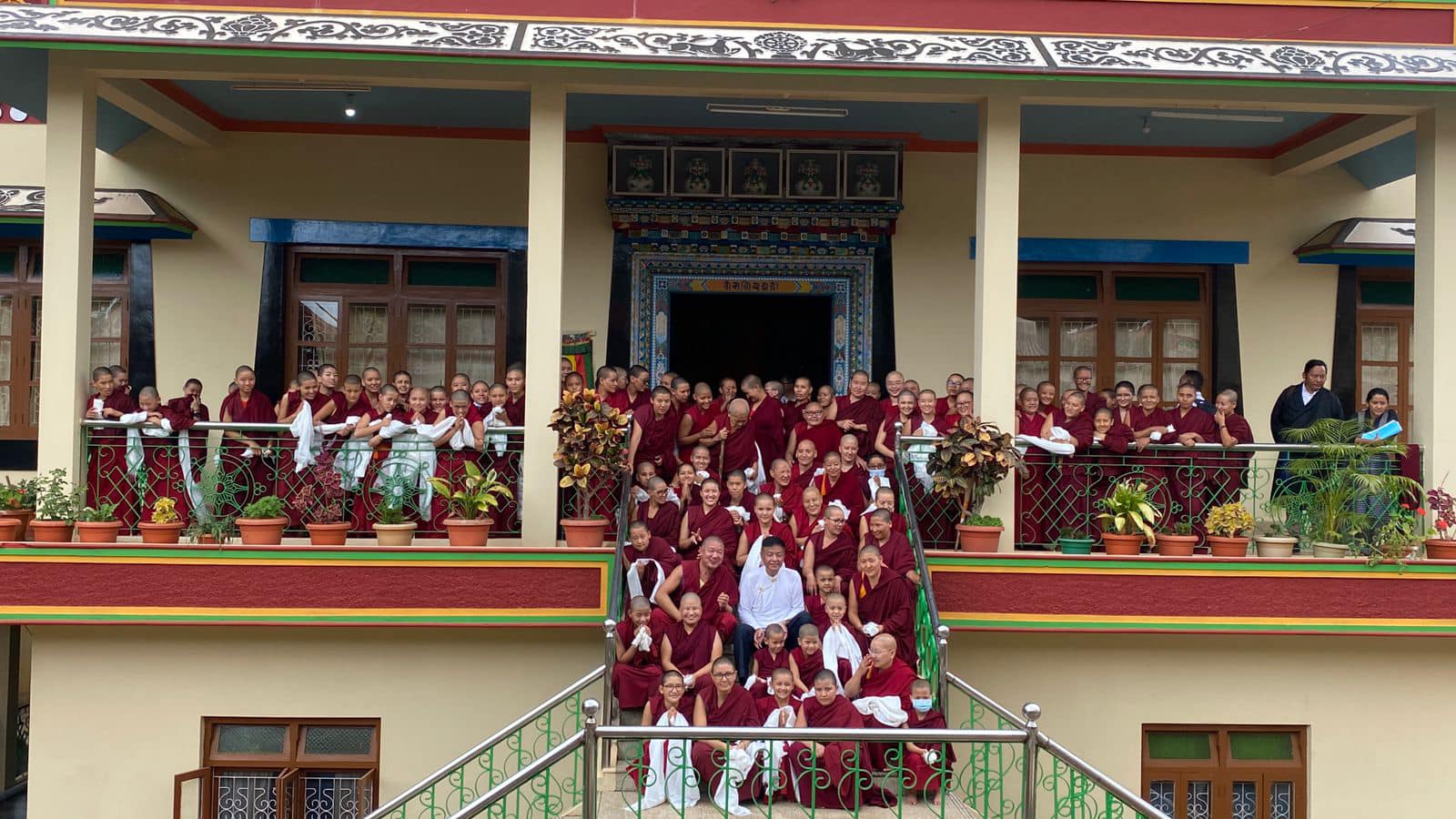 Group photo of nuns with Sikyong.