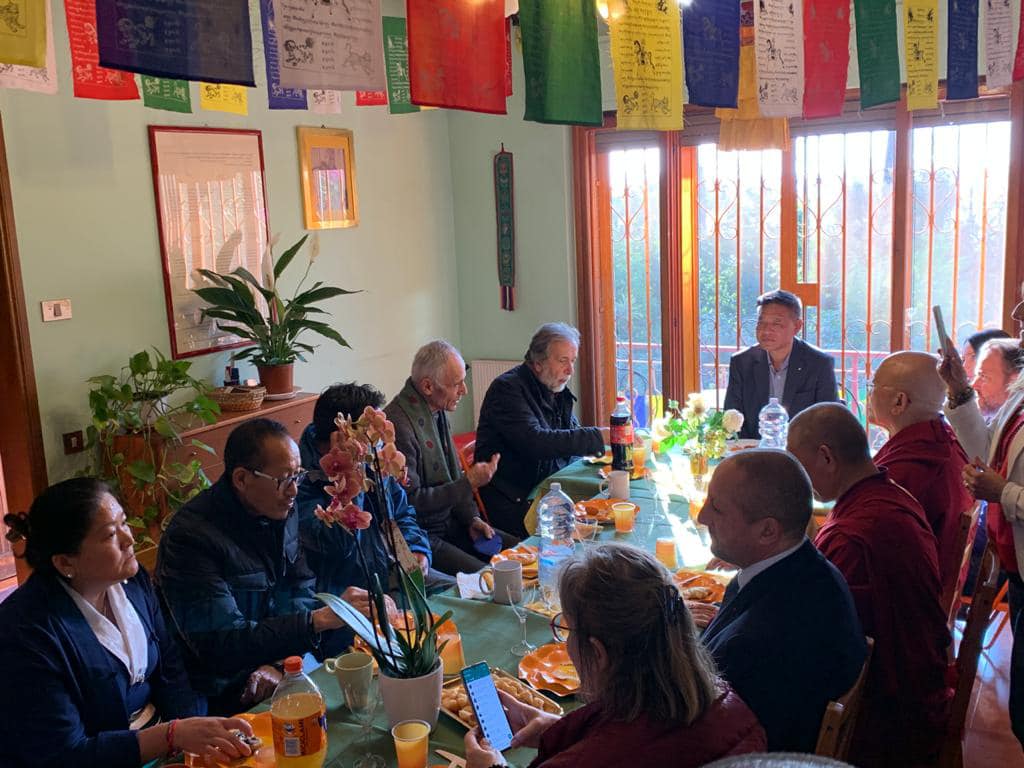 Rome and Milan: Sikyong Penpa Tsering of the Central Tibetan Administration met Senator Roberto Rampi and members of Tibet support group (TSG) in Milan on the morning of Saturday, 30 October.

In his interaction with the Tibet supporters, he expressed his gratitude for their unwavering support for Tibet and emphasised the need to work in collaboration with each other for a fruitful result. He also talked about the situation of the Tibetan people in exile and the activities of the Central Tibetan Administration.

Speaking on the concept of interdependence, Sikyong noted that we are all dependent on each other and that we need your support while you have also benefited from the profound knowledge of Tibetan Buddhism that Tibetan exiles have brought. “We are expressing gratitude to each other here. This is a sign of interdependence and mutual appreciation. One positive aspect of Tibetans coming into exile is the fact that Tibetan Buddhism has been able to flourish in the west which wouldn’t have happened if Tibet have remained independent,” he said.

“It’s also a fact that the Tibet issue has remained alive due to the support and love of Tibet supporters like you. Since His Holiness the Dalai Lama came into exile over sixty years ago, the Tibetan people have made steady progress. Tibetans are now being led by a democratically elected leadership. However, whatever the Tibetan people has achieved till now, it is a result of the efforts of His Holiness the Dalai Lama. We Tibetans should never forget that,” he said.

“In the case of the situation inside Tibet, conditions are getting worse even though it isn’t as high profile as the issue of Uyghur and Hong Kong at the moment. The Tibetan language for instance is under intense pressure. China knows that if Tibetan language is exterminated, Tibetan Buddhism and culture will both be in danger of getting extinct,” he noted.

In his interaction with the Tibetan community at Geypheyling Buddhist Institute, Sikyong updated them about his engagements during the visit particularly his meetings with the president of South Tyrol and other dignitaries since he arrived in Italy.

Sikyong also spoke briefly about Tibet’s ancient relations with Italy. “Historically, Tibet’s relations with Italy are deep and ancient. From the 17th century, Italian Jesuit and Capuchin missionaries have entered Tibet. Even in the 13th century, Italian monks have come into Tibet. Some say the Italian explorer Marco Polo could have come to Tibet especially around the Kokonor area,” he said underlining the ancient links between Tibet and Italy. Sikyong also expressed gratitude to Italy about its support for Tibet especially by its MEPs such as the late Marco Panella.

Sikyong underscored the importance of collaborative efforts and initiatives. He called for the co-operation and support of the public to achieve the desired resultsand clarified that the Sikyong alone or the Kashag alone couldn’t do everything. “It’s through the united efforts of the people, and Kashag that we can achieve something,” he said. He also spoke on the importance of staying informed about the activities of the Tibetan administration and urged them to get involved where necessary. There is a variety of news outlets that you can visit to get information about Tibet and the Central Tibetan Administration.

Sikyong emphasised the need to study Tibetan history from the imperial times to the successive rule of Sakyapas, Phagmodrupas, Rinpungpas, Depa Tsangpas, and then Ganden Phodrang government. “We should know what happened during those times and what changes took place after the 18th century in Tibet? Without a firm grasp of Tibetan history, it’s irresponsible to get involved in narrow regional and sectarian strife especially when we don’t even have a fistful of land to call our own. It seems some of us are completely mistaken about who our real foe is,” he remarked.

Speaking about the Middle Way Approach conceived by His Holiness the Dalai Lama, Sikyong explained the political and cultural background under which the middle way approach came about. He said Tibetan culture and the essence of Tibetan Buddhism is preserved in the Tibetan language. 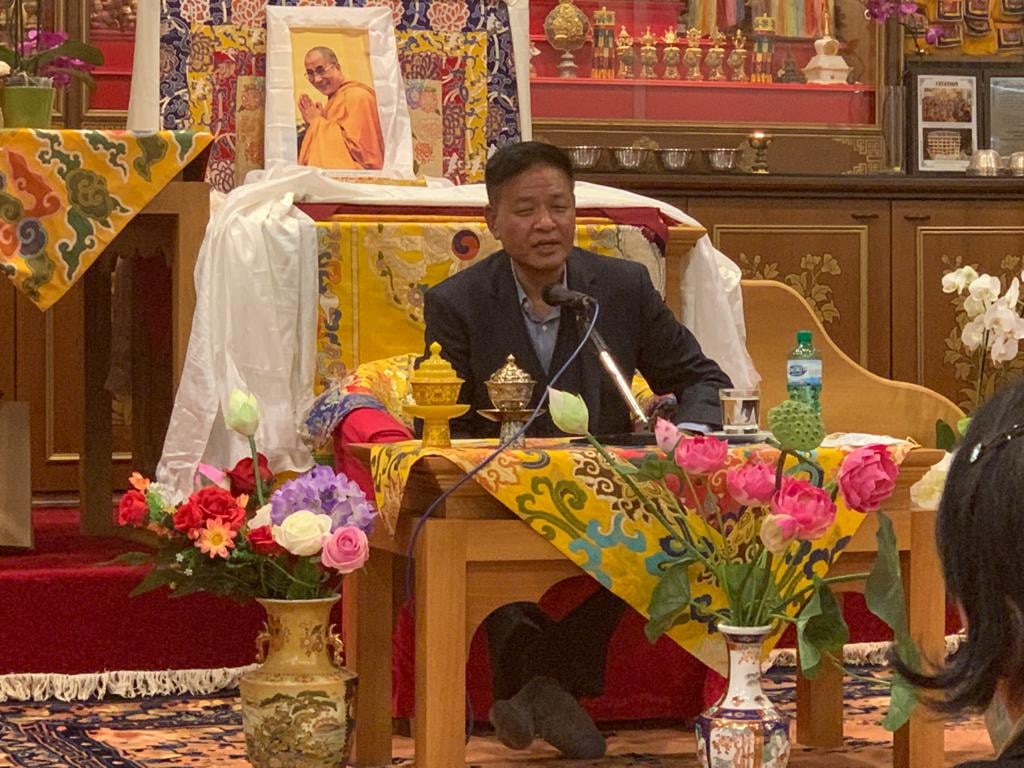 Sikyong interacting with members of Tibetan community in Milan, 30 October 2021. 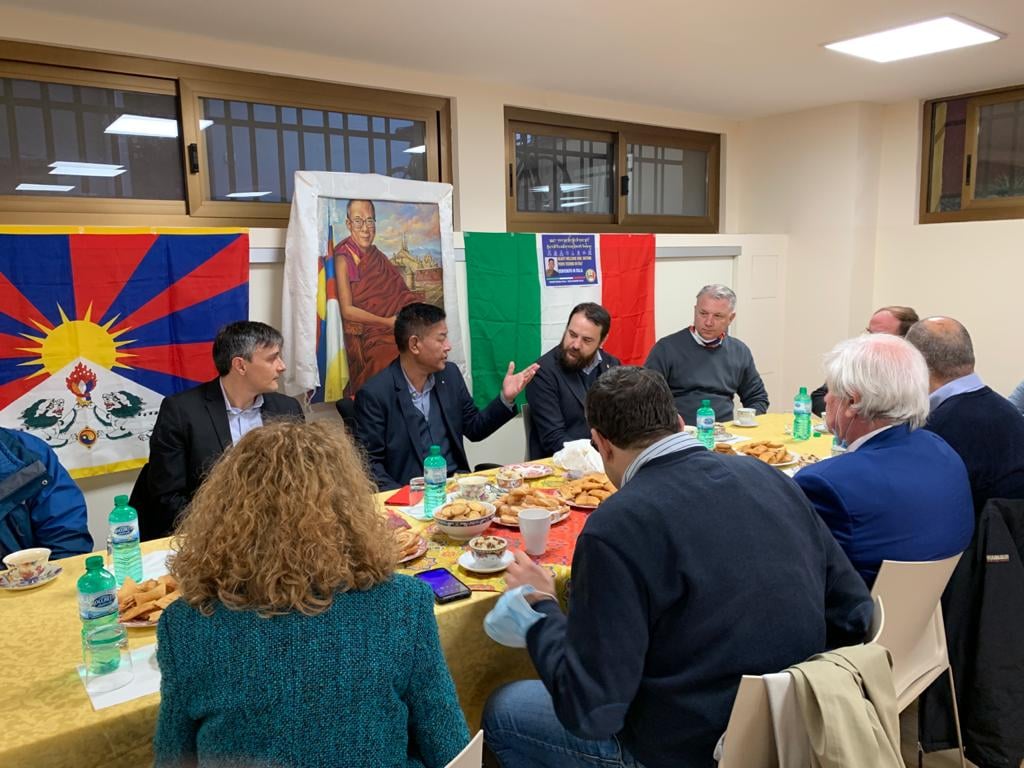 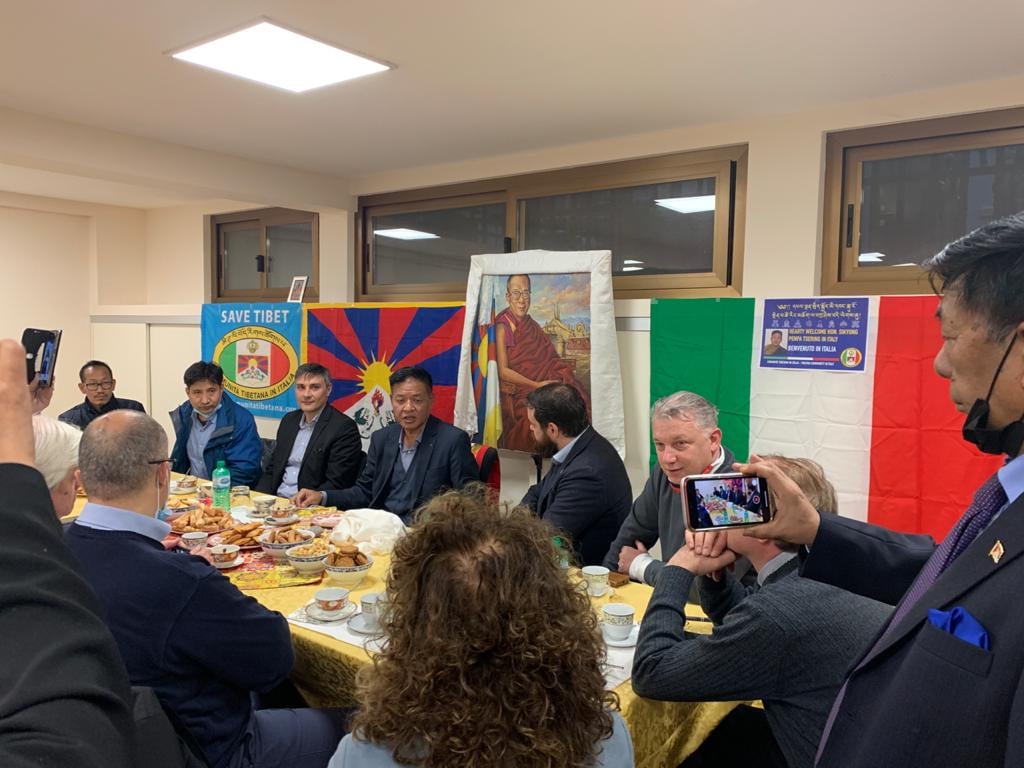 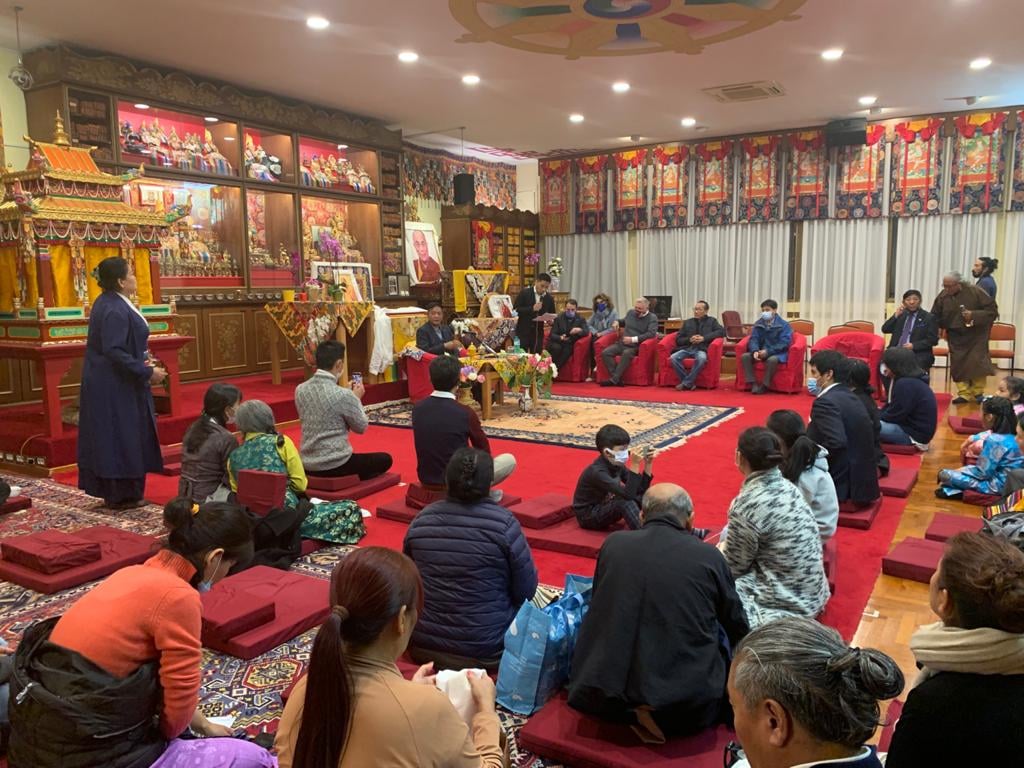 Sikyong Penpa Tsering interacting with members of the Tibetan community at Milan, 30 October 2021.