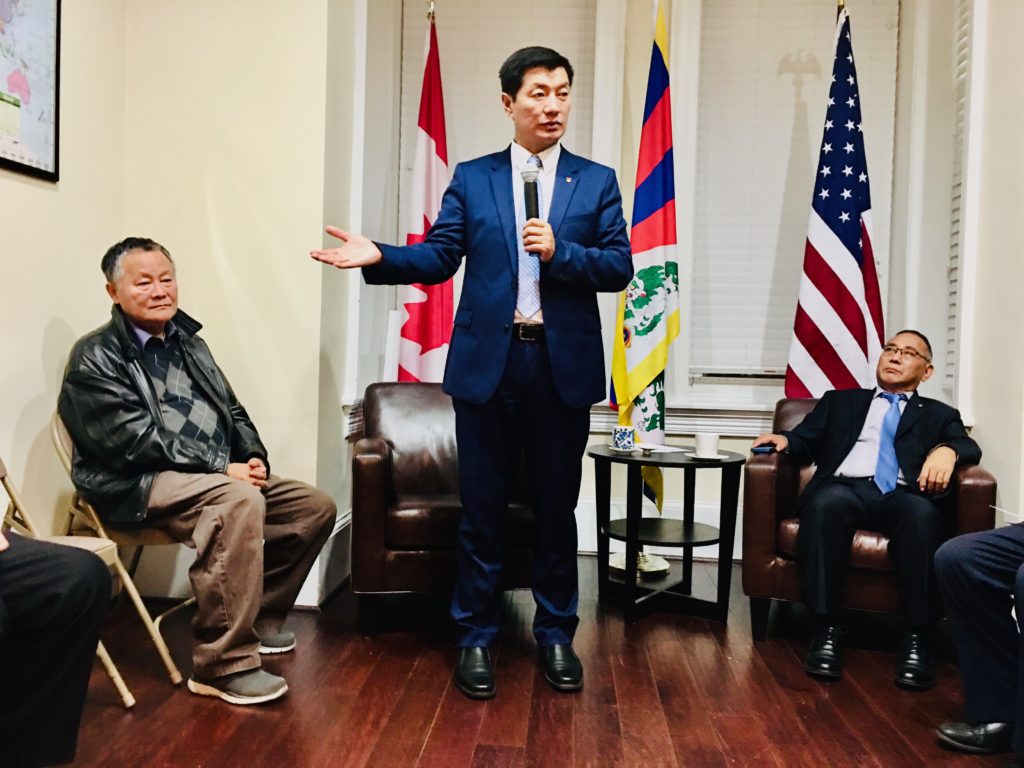 Chinese liaison officer, Tsultrim Gyatso, introduced the purpose of such an event and shared his experiences of his position and moderated the floor. Representative Ngodup Tsering, Office of Tibet, DC made his welcome remarks and extended the invitation of future cooperation in pursuing the common goal of freedom for Tibetans and other peoples living under China.

Sikyong Dr Lobsang Sangay, after numerous meetings with US Senators and Congressmen, made it to this gathering to deliver a speech as the main speaker.

Sikyong stated that he appreciated the participants and started introducing the situation of Tibetan and other ethnic groups under the current systematic controlled policy of the Chinese Communist Party.

Dr Lobsang Sangay emphasized such a situation is challenging, but it is also an opportunity for change. He also touched upon the issue of reincarnation—the Chinese government published Order Number Five, a document that regulates guidelines to select and recognize reincarnate lama. This will also open doors to Chinese systematic control on selecting religious leaders of religions other than Buddhism. He continued to express the irony in the fact that the CCP is trying to take control of reincarnation while they are destroying monasteries and cracking down on the religious practice.

Sikyong urged Chinese friends to stand with Tibet and restore freedom for all.

Prominent Chinese Human rights activist knowns as the “barefoot lawyer”, Mr Chen Guangcheng expressed that the CCP’s crackdown on Han ethnic people has also become a systematic form of repression. He said the Senate and House passing the Hong Kong Human Rights Act clearly signals a US stand, adding that “we should all urge the international community to stand strong”.

He believes the Middle Way policy introduced by His Holiness the Dalai Lama is a very wise solution and it should be compromised with Chinese people but not the CCP. The CCP has become the common enemy of people including Han Chinese, Mr Chen continued and urged everyone to stand together to fight for freedom instead of taking an isolated stance. At last, he mentioned Hong Kong as an example to emphasize the threat that the CCP brings to the world.

Prominent activist of the Chinese democracy movement, Mr Wei Jingsheng also joined the gathering and shared his opinion. He started by highlighting the current movement in Hong Kong and suggested that all the ethnic groups should stand together. Mr Wei thinks Hong Kong’s determination in the movement should be learned by everyone and he believes Hong Kong might win this battle with the CCP. He also shared his opinion on the reincarnation issue and emphasized the CCP’s strategy of destroying religious beliefs. Besides direct crackdown, the Chinese communist party appoint false religious leaders in this strategy. Interfering in Tibetan Buddhist reincarnation is part of the strategy to destroy religious beliefs, and Mr Wei urged the Chinese in the democratic movement with Tibetans in the freedom movement should find a method to contend the CCP’s strategy.

A youth representative of the Hong Kong movement also joined and shared his experience and feelings on the ongoing repression in Hong Kong. He started introducing the determination of the youth in Hong Kong and described how bravely they have been standing up for their rights under police brutality. While he was emotionally telling stories that he encountered, he also thanked the support of the Tibetan people. Former Economic professor of Beijing University Dr Xia Yeliang also shared his opinion. He thinks Tibetans pursuing independence is reasonable if the CCP is not opening its doors to dialogue with His Holiness the Dalai lama. 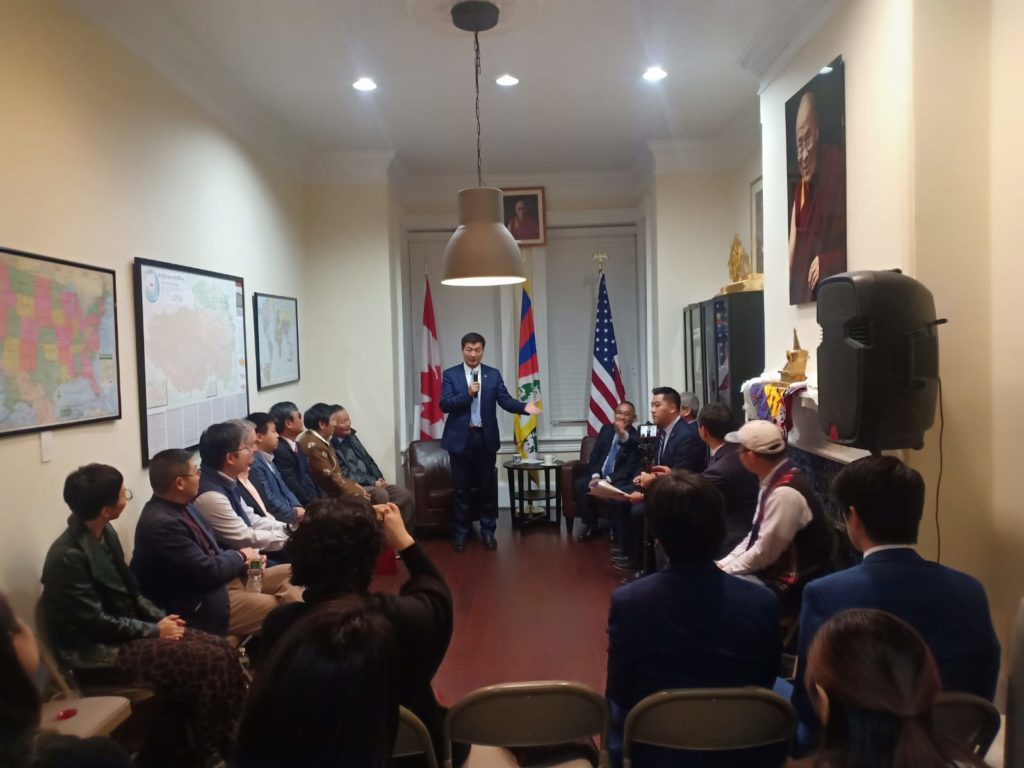 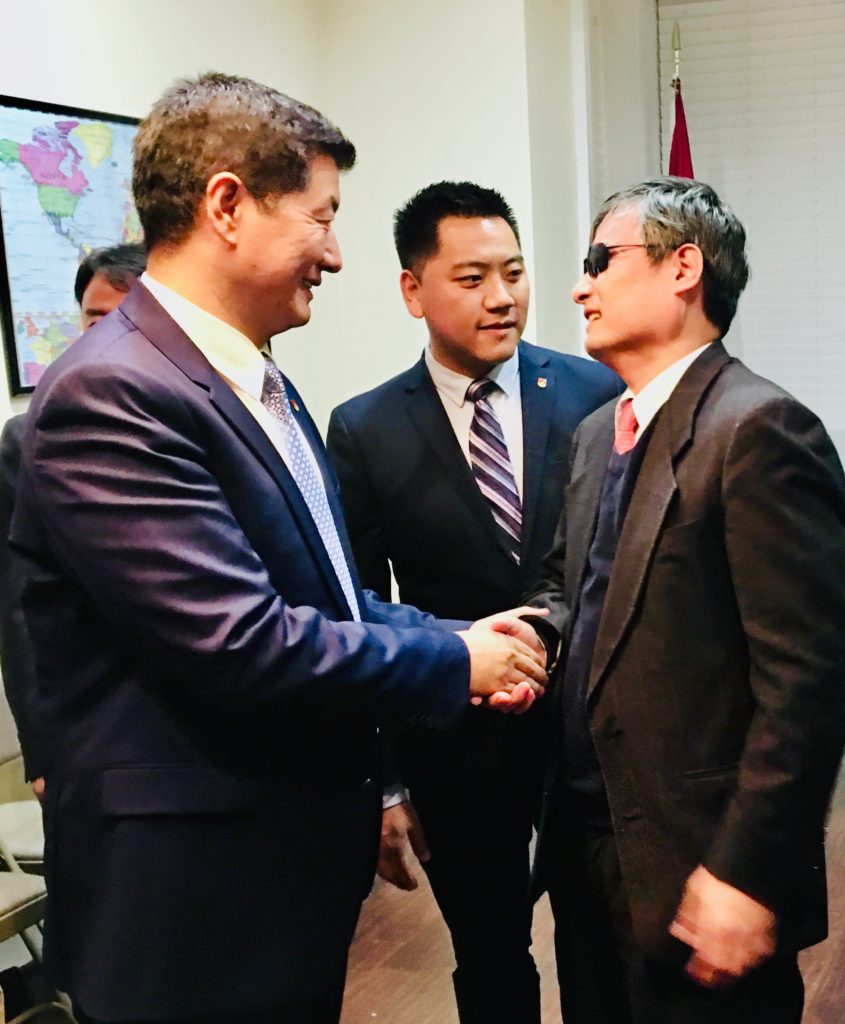 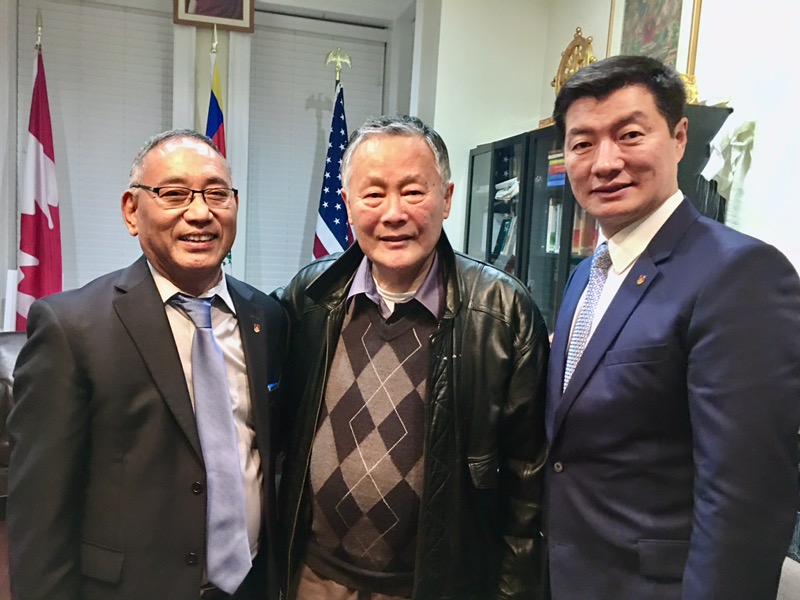 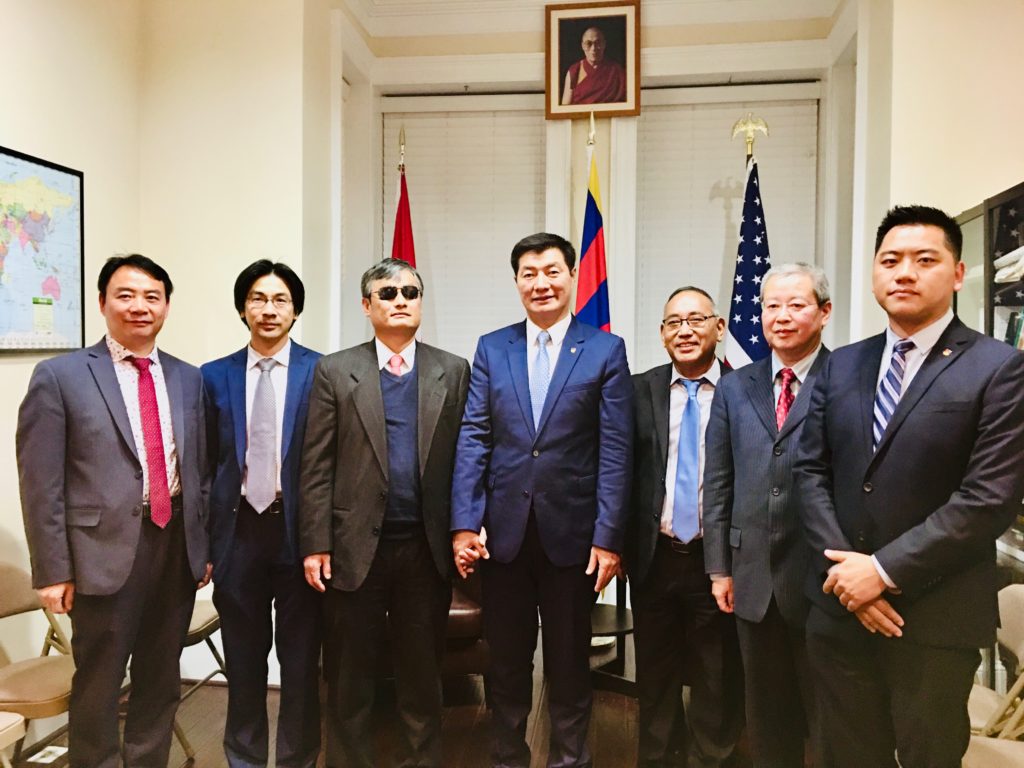 The Sikyong with prominent Chinese lawyer, scholars and dissidents. 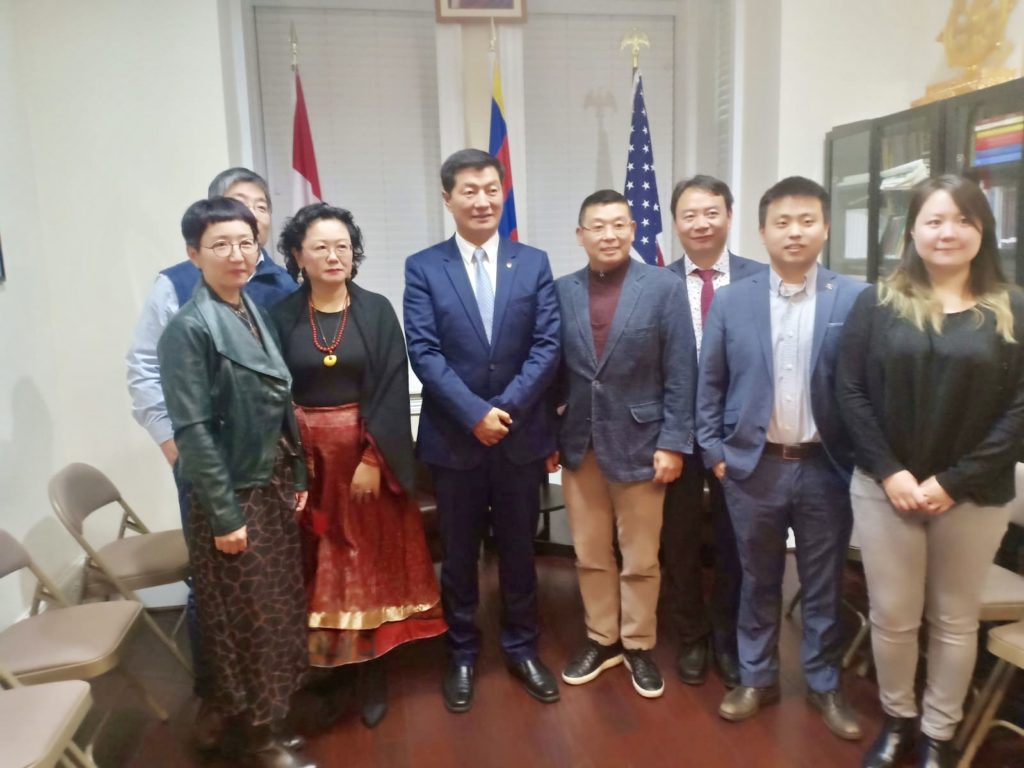 The Sikyong with Dr Yang Jianli and other Chinese friends, Taiwanese and Hong Kongers.