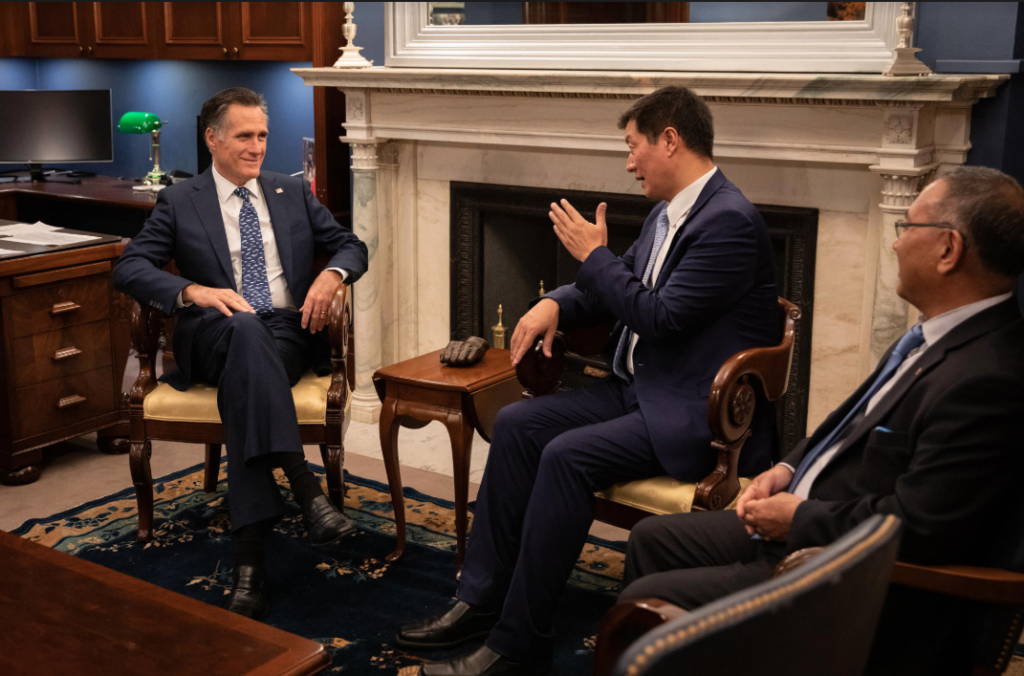 The Sikyong with Senator Mitt Romney, a former presidential nominee.

Washington DC: Sikyong Dr Lobsang Sangay met with Congressman Ted Yoho, a longtime Tibet supporting Republican congressman, this morning. The two met to discuss the possibility of a video conference between congress members and His Holiness the Dalai Lama.

Sikyong and the Rep expressed concerns about China’s influence in Mongolia, and Rep Yoho agreed that there is bicameral & bipartisan support between the House and Senate for Tibet. Rep Yoho praises Tibetans for their resiliency.

In the afternoon, Sikyong met with Senator Toomey, a Republican Representative for Pennsylvania. Dr Sangay explained the history of the Central Tibetan Administration & Chinese surveillance.

After Senator Toomey, Sikyong met with Congressman Tim Burchett. Representative Tsering has met with Rep Burchett before, and Rep Burchett immediately asked what he could do to help Tibet and agreed to cosponsor the Tibet Policy and Support Act (HR 4331). Rep Burchett’s father had fought against the Chinese communists during World War 2. Congressman Burchett even tweeted about the meeting.

Later in the afternoon, the Chairman of the Senate Foreign Relations Committee, Senator James Risch, met with Sikyong. Sikyong debriefed the Chairman on the reincarnation issue between the Chinese Communist Party and the Tibetan religious community. The Senate Foreign Relations Committee is where the Tibet bill will be read and processed most thoroughly during the legislative process.

After the meeting with Chairman Risch, Sikyong met with Senator Josh Hawley, a rising young Republican senator for the state of Missouri. Senator Hawley gladly stated he would cosponsor the Tibet Act after Sikyong explained to him the mass surveillance of Tibetans in occupied Tibet.

Sikyong’s final senate meeting was with Senator Mitt Romney, a former presidential nominee. Romney recounted when he met with His Holiness the Dalai Lama when His Holiness visited Utah, and he expressed concerns about China’s uncooperativeness. The Senator said he wished China would respect the sovereignty of Tibet and other regions.

Overall Sikyong and the Office of Tibet entourage went back and forth across Capitol Hill six times in the blustery weather for the meetings. 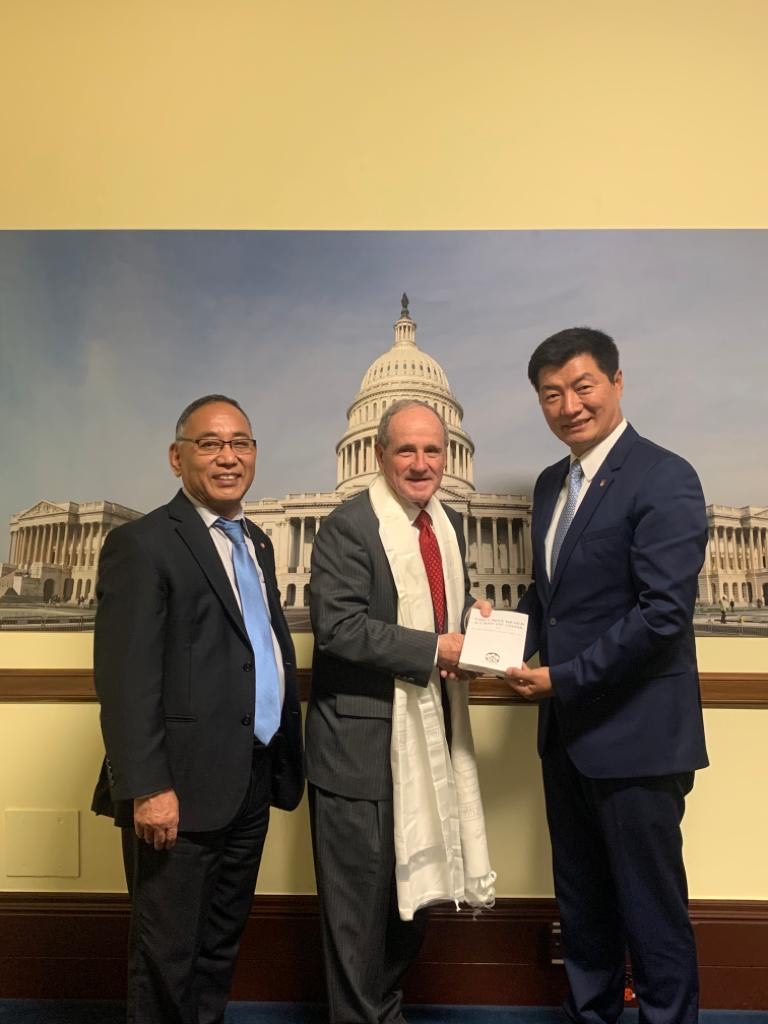 The Sikyong with Chairman of the Senate Foreign Relations Committee, Senator James Risch. 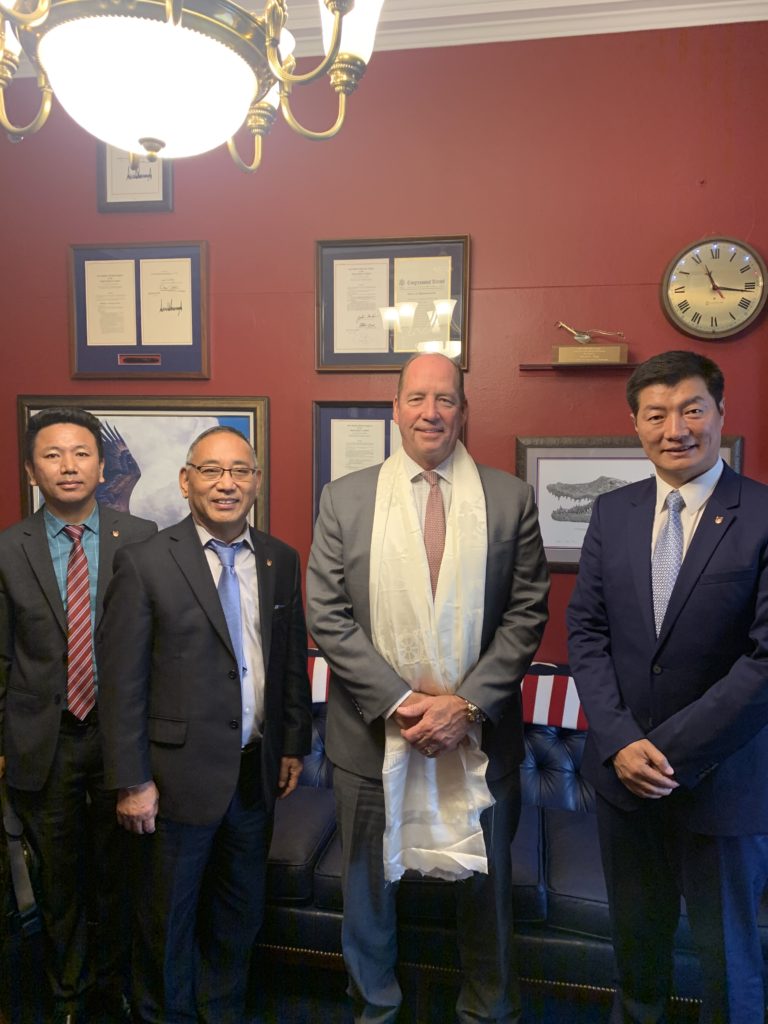 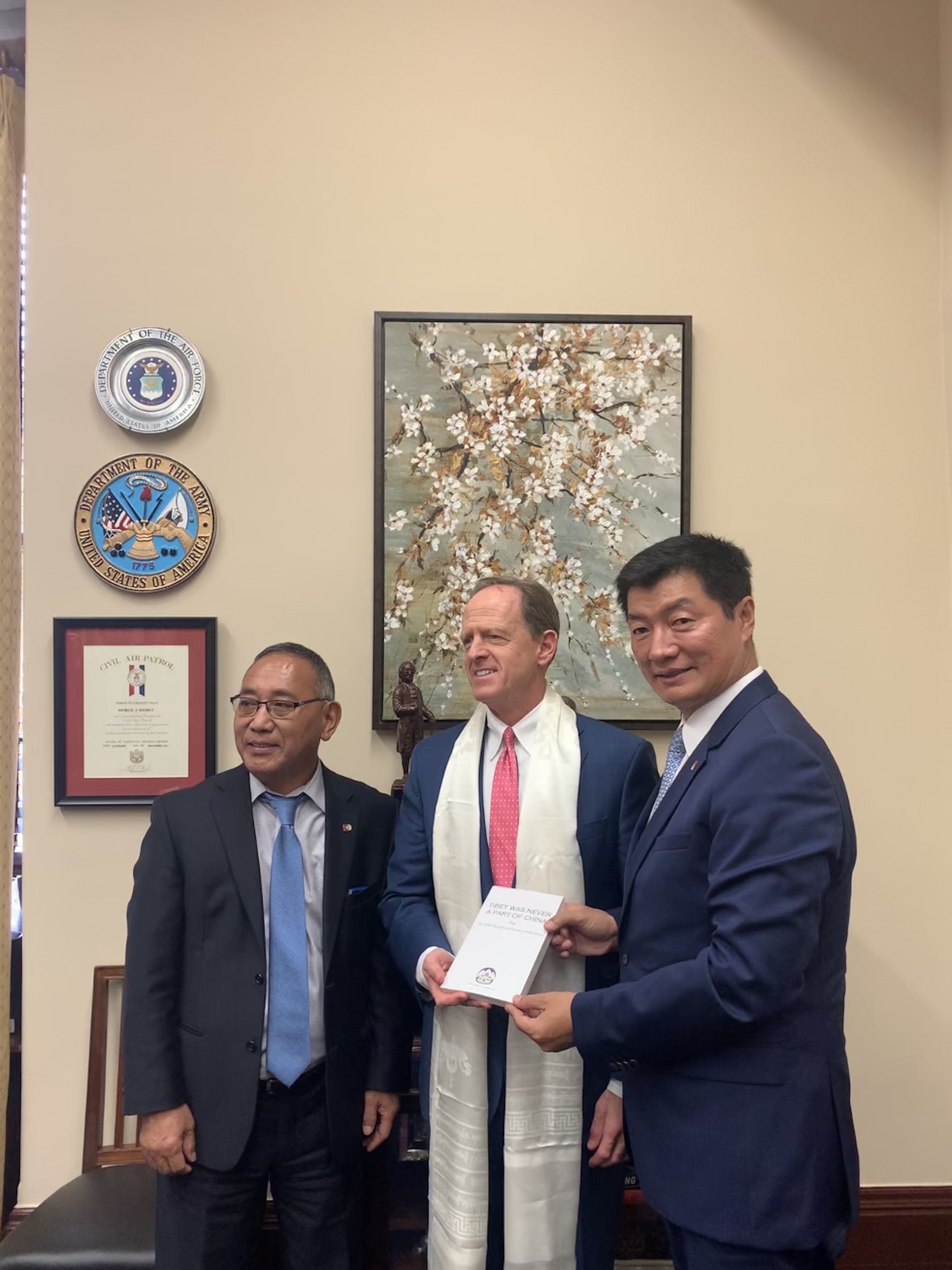 The Sikyong with Senator Toomey, a Republican Representative for Pennsylvania. 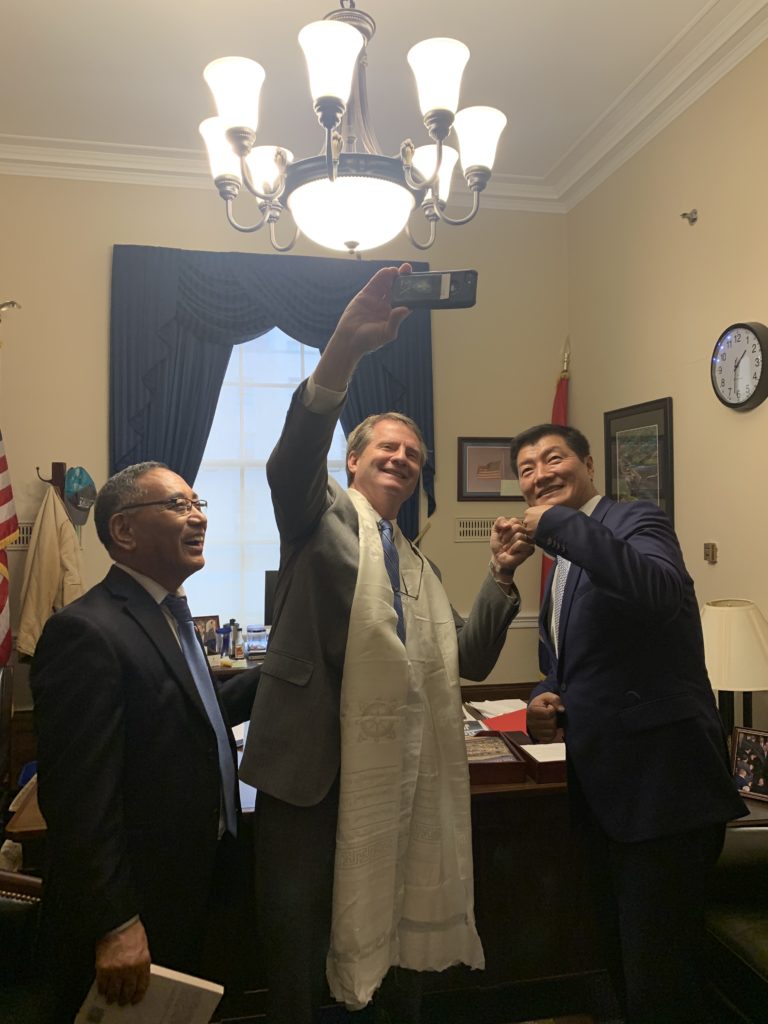 The Sikyong with Congressman Tim Burchett. 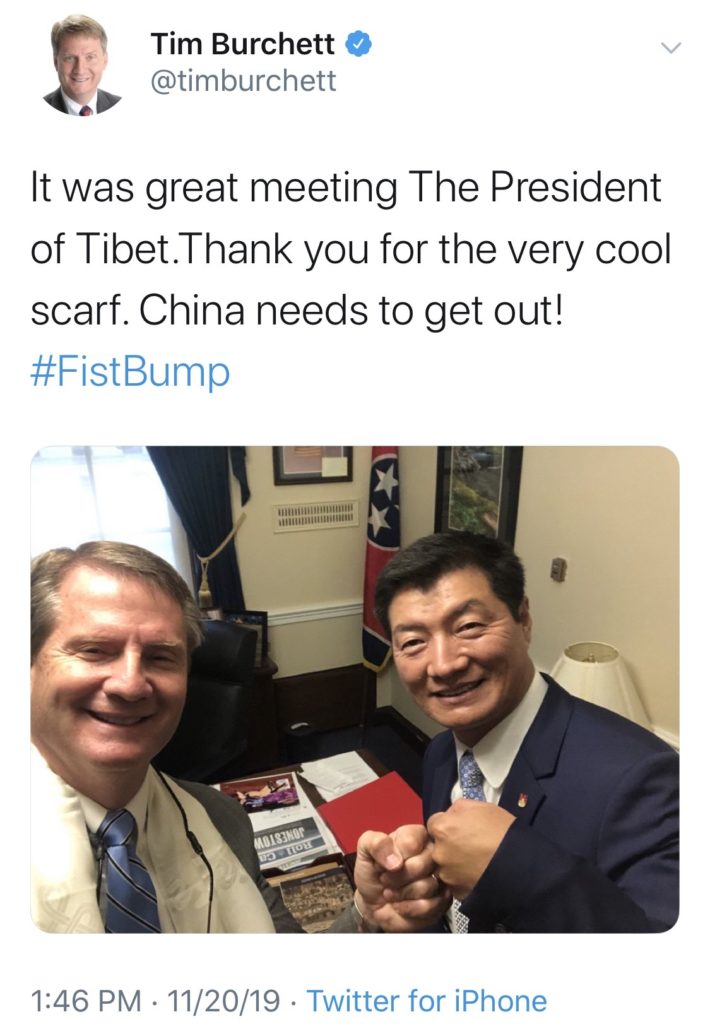 Congressman Burchett tweets a photo with the Sikyong reading: “It was great meeting the President of Tibet. Thank you for the very cool scarf. China needs to get out.” 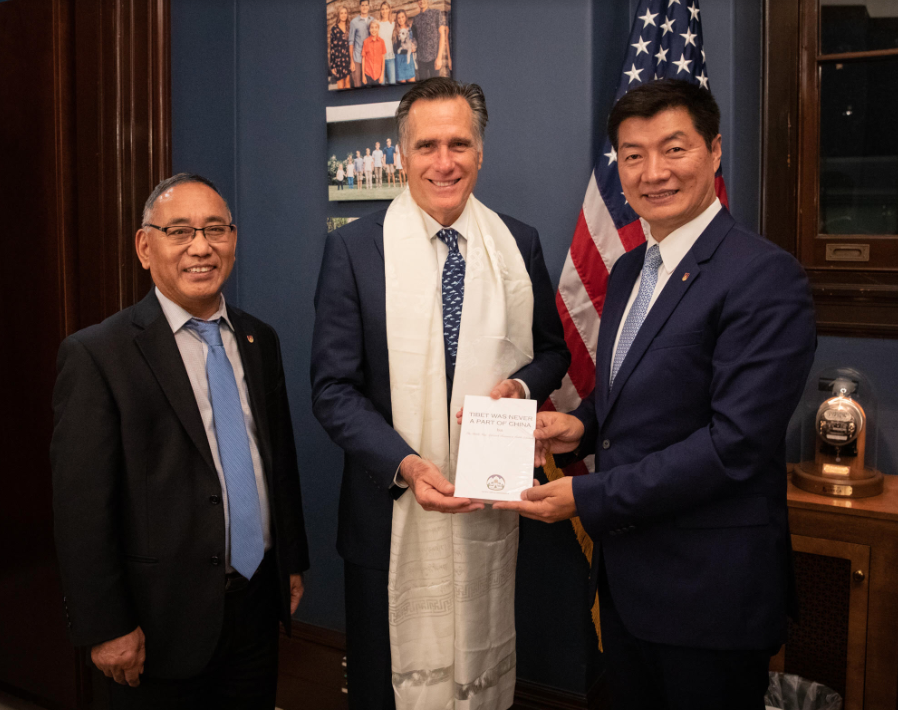 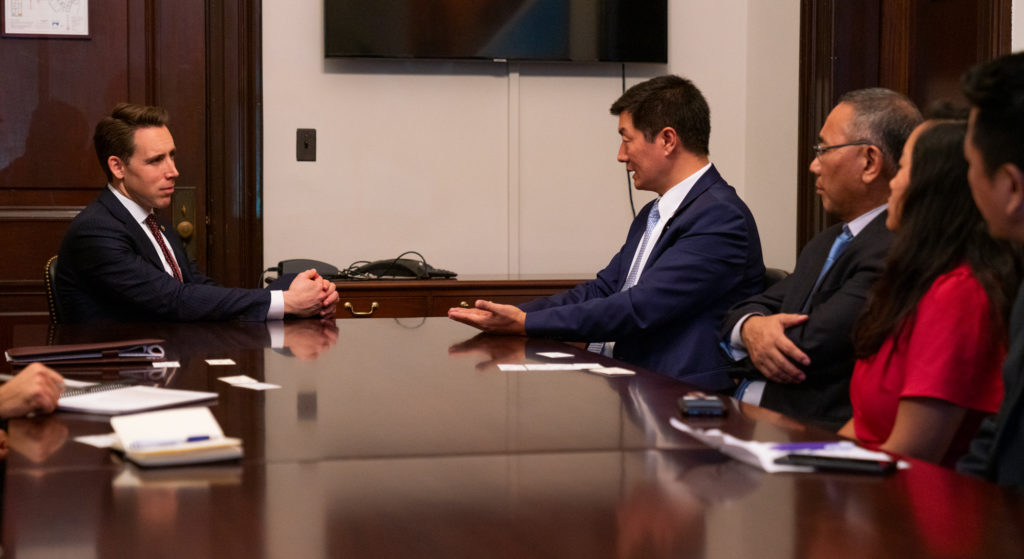 The Sikyong in conversation with Senator Josh Hawley, a rising young Republican senator for the state of Missouri.