Sikyong on Tibetan Reincarnation and Religious Freedom at CSIS; Round table discussion with HDP 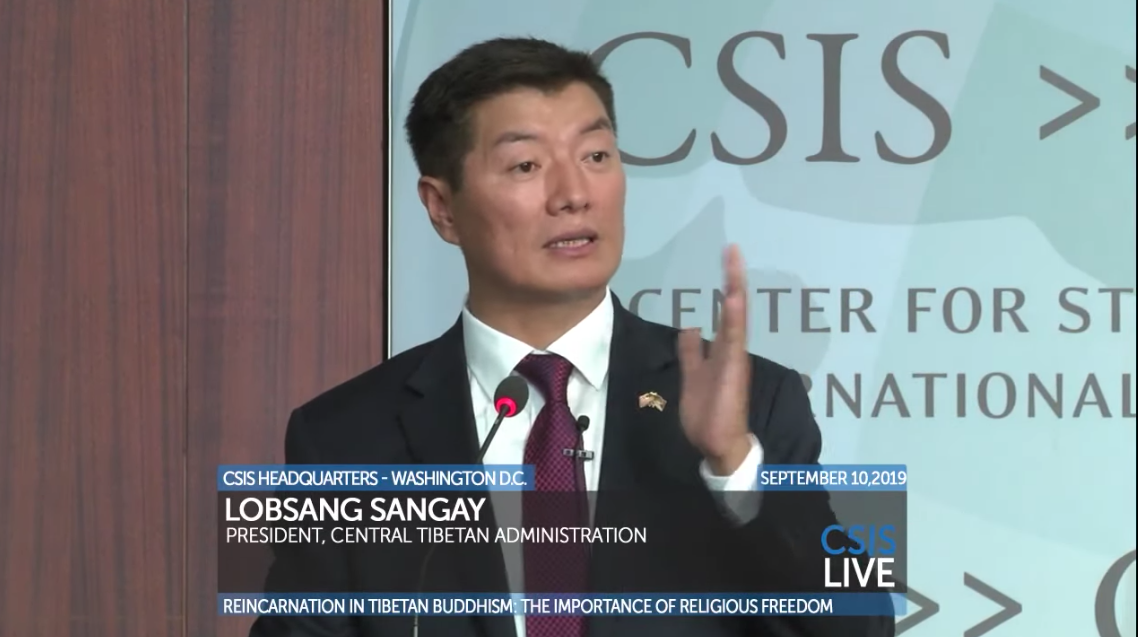 The HDP members introduced themselves and asked what they could do to help the Tibetan people. Many of them recounted their experience and expressed gratitude for the gracious hospitality and honour they were offered in Dharamshala.

They were highly impressed by the way the CTA functions and works for preserving Tibetan culture, religion, and language. Congressman McGovern expressed concerns about Nepal’s recent deportation of Tibetan refugees, and the other members pointed out the similar ways Uyghurs and Hong Kong citizens are currently suffering under the Chinese government.

Dr. Sangay expressed the challenge for democracy when China is intent on changing the global order. He explained the vision of His Holiness in establishing genuine democracy in exile and maintained that the Tibetan model is a contribution to democracy.

He further went on to say that Tibetans have served as a “compassionate brother” for democratic activists involved with Tiananmen Square, Hong Kong, and Uyghurs, etc. He stated that the Tibetan model could serve as a model for the other 60 million refugees around the world.

Dr. Sangay explained how the service at the Central Tibetan Administration is a labour of love as it is the least corrupt system, a system established and inspired by His Holiness the Dalai Lama’s vision.

Dr. Sangay touched on various issues and challenges for Tibet, including China, exerting influence everywhere. He pointed out the problems faced by Tibetan refugees and cited a recent case where six Tibetan refugees were deported to China. Congressman McGovern assured that they will protest. 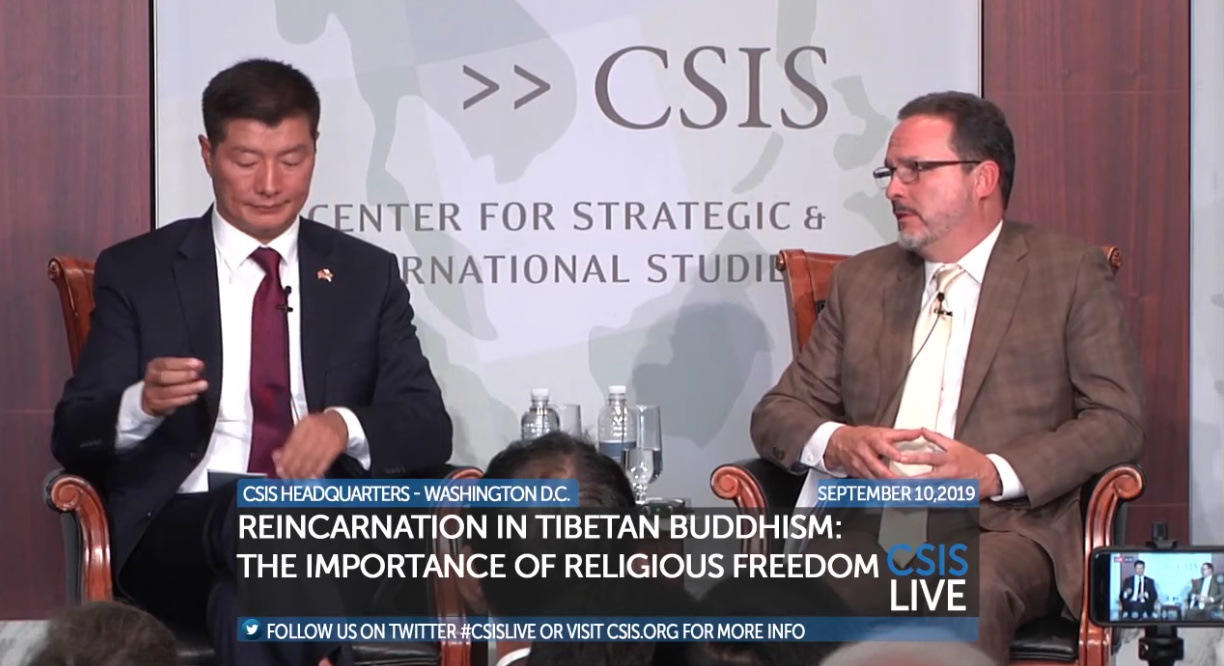 Thereafter, Dr. Sangay spoke at the Center for Strategic and International Studies (CSIS), a prestigious DC think tank, which was attended by more than 150 strong audiences. The title of the public talk was “Reincarnation in Tibetan Buddhism: The Importance of Religious Freedom.”

The event was moderated by Michael Green: the Vice President for the CSIS’s Asia and Japan Chair.

The Sikyong explained the process of reincarnation in Tibetan Buddhism which is uniquely Tibetan invention and asked, “Can you imagine an atheist Government of [China] saying ‘we will select all reincarnated lamas including His Holiness the Dalai Lama’. Sikyong stressed that reincarnation was invented by the Tibetan Buddhists, a unique process that should not be infringed upon by Beijing.

He also explained new Tibet Policy Act-2019 which will be soon introduced by Chairman McGovern and Chris Smith in the House and Senator Rubio and Ben Cardin in the Senate.

Michael Green reminded the audience that the CSIS once hosted His Holiness the Dalai Lama with the Brookings Institute and the Asia Society, an act that received dire warnings from China. Sangay and Green discussed the Middle Way Approach, a compromise proposed by the Central Administration that abides under the Chinese constitution. CSIS is ranked as  no.1 for national security as a think tank.

Sikyong Sangay met with Senator Lindsey Graham, a senior Republican senator, who is the chair of the Senate Appropriation Committee and member of Senate Foreign Relations Committee. Sikyong requested for the Senator to co-sponsor the new Tibet Bill. Senator Graham assured Sikyong that he will lend his voice for the Tibet cause by co-sponsoring for the new Tibet Policy Act.
Sikyong presented the Senator a traditional white scarf to thank him and a book titled, “Tibet was never a part of China but Middle Way is the viable solution.” Representative Ngodup Tsering and Kelsang Dolma accompanied him to the meetings.
-Filed by Office of Tibet, Washington D.C 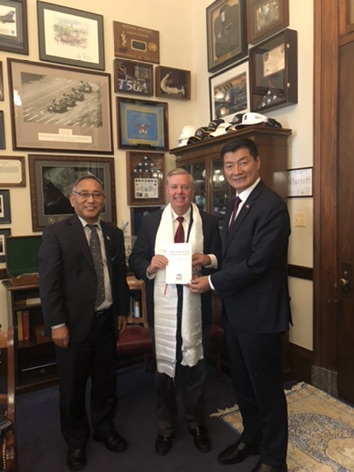 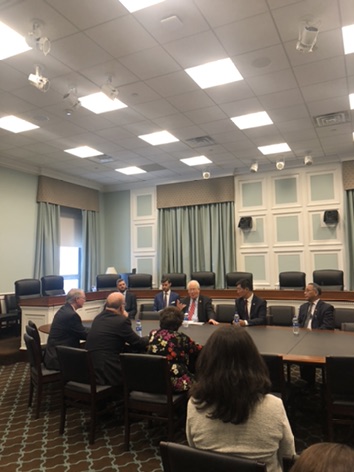 Sikyong Dr Lobsang Sangay at the round table discussion with the members of the House Democracy Partnership commission, 10 September 2019.