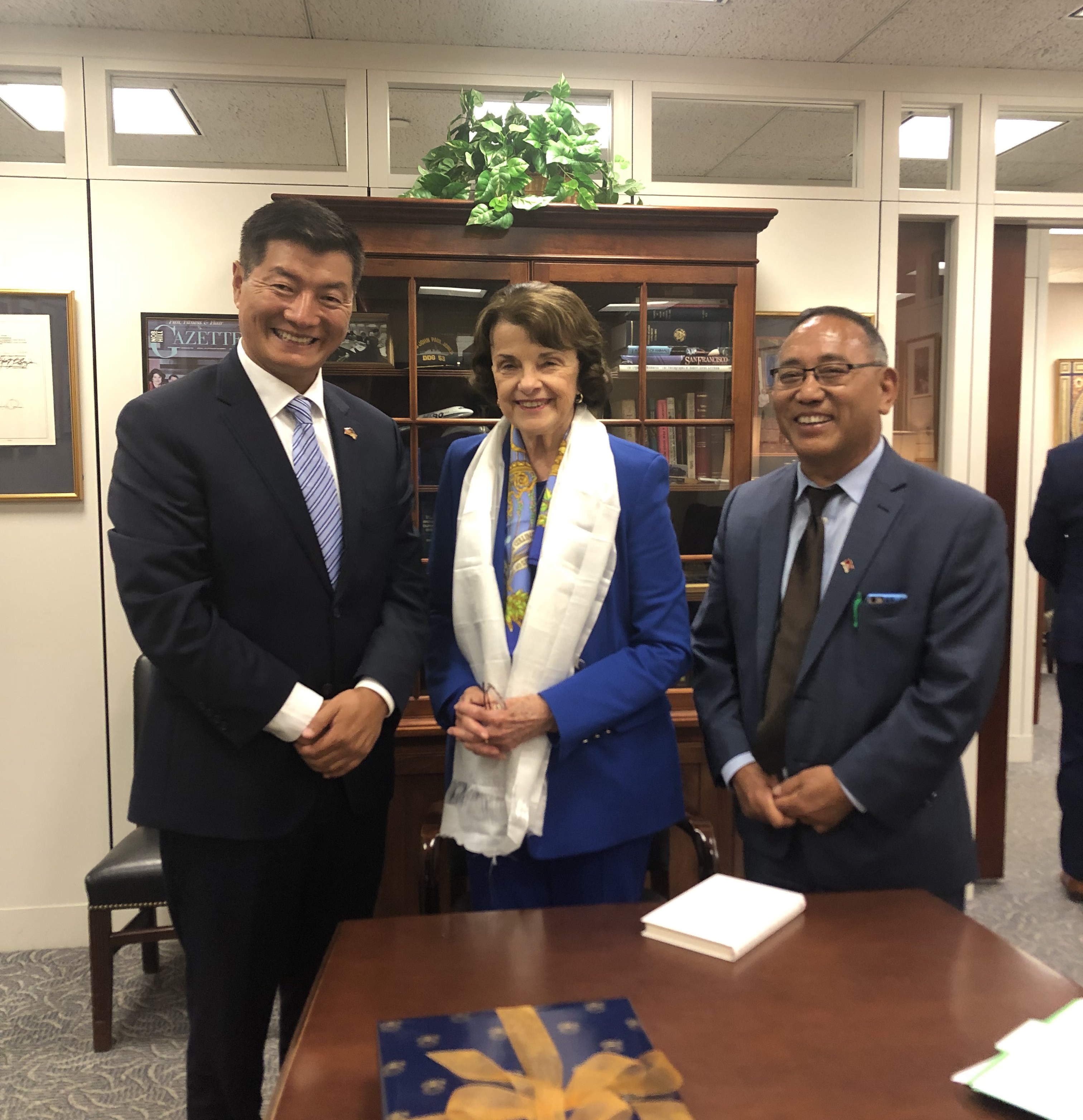 Earlier in the day, Sikyong Dr. Lobsang Sangay was interviewed by Voice of America (Tibetan section) at the Office of Tibet, Washington DC.

After the interview, Sikyong Sangay met with Congressman Andy Levin, a democrat representative for Michigan. The Congressman greeted Sikyong in Tibetan.

The Congressman shared a story about how he studied Tibetan and hid in a truck to visit Tibetan areas during his youth. At law school, Representative Levin worked on asylum cases for Haitians and later worked at Human Rights Watch and said that he is a candidate of the working people. Sikyong invited Congressman Levin to visit Dharamshala.

In the afternoon, Sikyong met with Sam Brownback, the Ambassador-at-Large for Religious Freedom. The purpose of the meeting was mainly to discuss the new Tibet Policy Act since it emphasizes religious freedom for Tibetans as well. Along with religious freedom, the new bill emphasizes other important issues such as funding and strengthening, the Central Tibetan Administration and Tibet’s environment. Sikyong pointed out that China has not signed the UN Convention on the Protection and Use of Transboundary Watercourses and International Lakes (Water Convention) and is a threat to 1.5 billion people who are dependent on the freshwater from streams flowing from Tibet. Sikyong also explained the Middle Way Approach and how it is a win-win situation for both the Chinese and Tibetans.

Ambassador Brownback reaffirmed that this is a good moment in time to push for the new Tibet Policy Act and recounted the fond moment when Nyima Lhamo, a Tibetan activist, urged President Donald Trump to help Tibetans in the oval office during the State Department’s Ministerial Conference. “We believe this [the reincarnation process] should be the business of Tibetan Buddhists’,” stated Ambassador Brownback. The Ambassador compared the Tibetan & Uyghur plight to the Soviet Union’s treatment of Jewish people and stated that he believes that Tibetans & Uyghurs are the keys for confronting China. Sikyong invited the Ambassador to Dharamsala.

Sikyong met with Congressman Vern Buchanan, one of the members of the CODEL, who visited Dharamsala early August. He promised to give 110% of his support for Tibet bill.

Sikyong met with an editor at the Washington Post to describe the new Tibet Policy Act and current Tibetan issues. 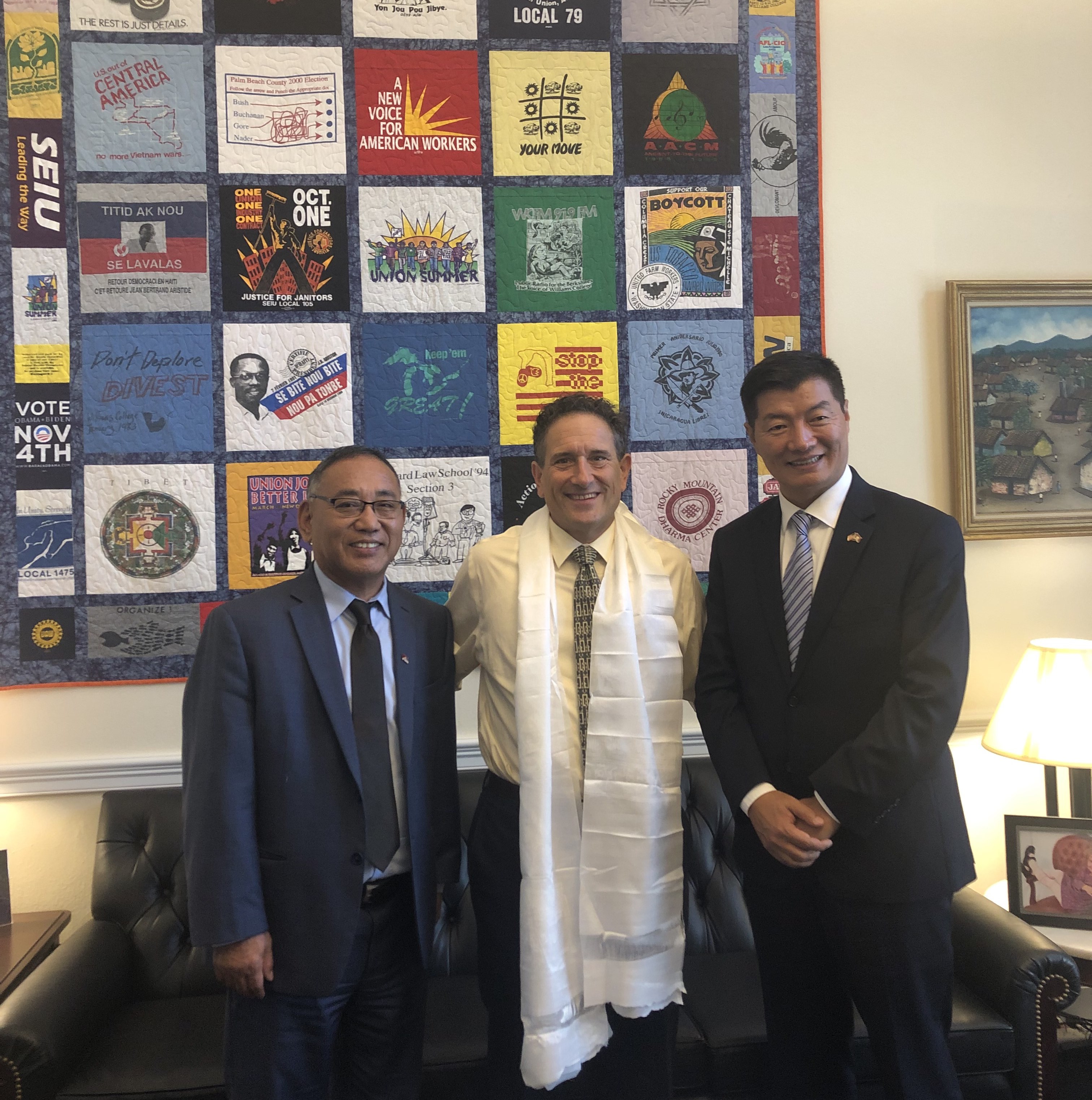 The Sikyong meets with Congressman Andy Levin, a democrat representative for Michigan and invited him to visit the Central Tibetan Secretariat in Dharamshala. 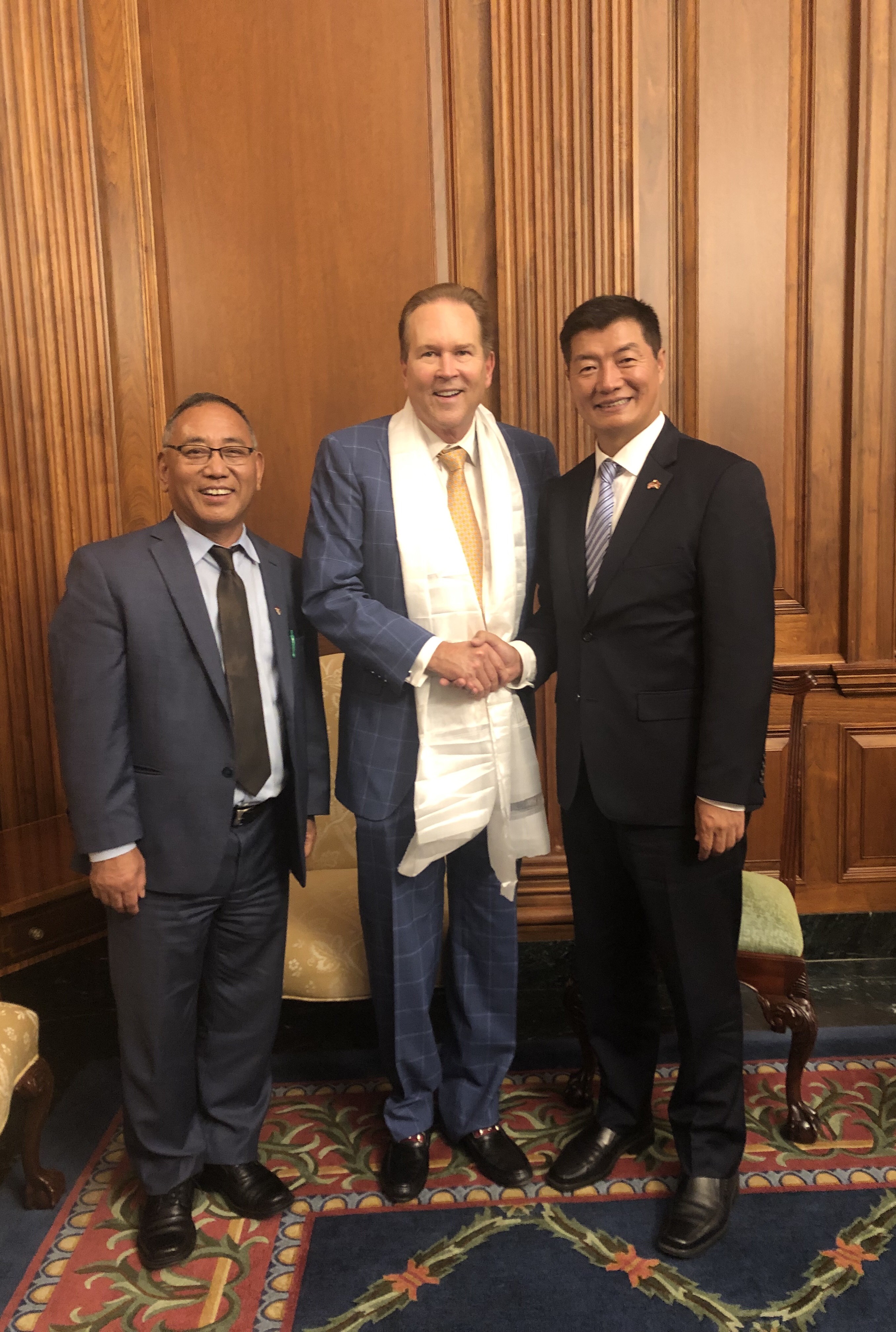 The Sikyong meets with Congressman Vern Buchanan, one of the members of the CODEL, who visited Dharamsala early August 2019. He promised to give 110% of his support for the new Tibet bill.