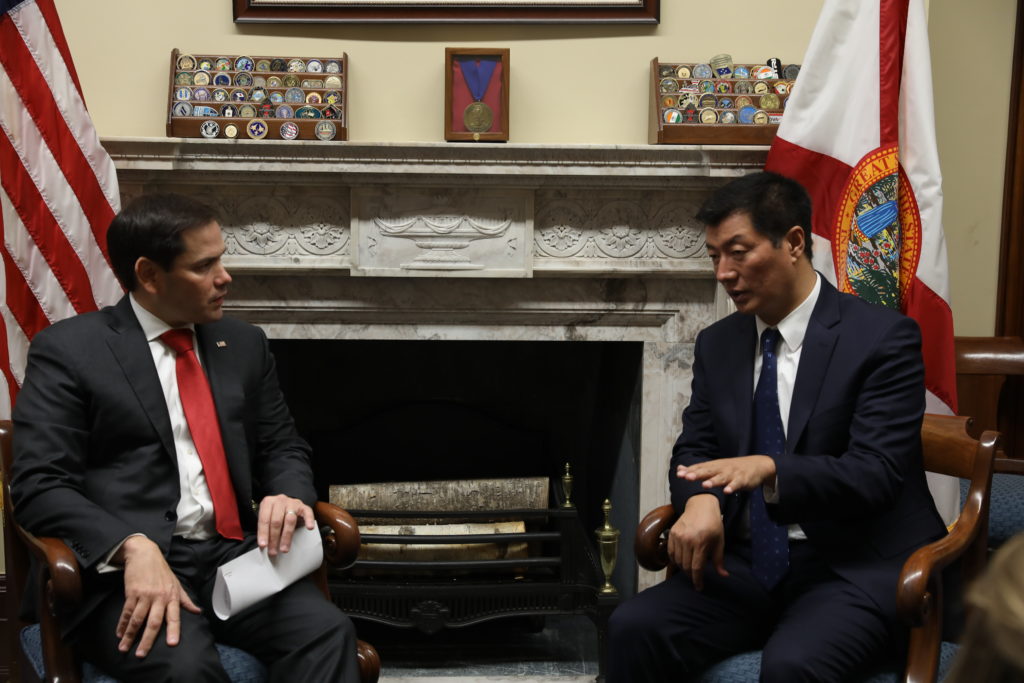 Well acquainted with Tibet and China relations and foreign relations, Senator Rubio has been a long-time supporter of Tibet and other repressed populations.

After the meeting with Senator Rubio, Sikyong met with Senator Steve Daines, a Republican Senator for the state of Montana. Senator Daines told Dr Sangay that he and his wife cherish a beautiful red Tibetan rug they have at their home in Montana.

For his last engagement, Dr Sangay gave a public talk at The Heritage Foundation, a think tank, as a keynote speaker. Dr Sangay recounted the difficulty of Tibetan support groups advocating for human rights at the United Nations because of the various systematic tactics used by the Chinese government (ie interrupting testimonies, bullying other groups, etc). He stressed that China is employing “socialism with Chinese characteristics” and how European countries have kowtowed to Chinese pressures to deflect Tibet throughout the years.

Joining Dr Sangay at the event, titled “Preserving Freedom in Tibet”, was Walter Lohman, the director of the Heritage Foundation’s Asian studies department, Olivia Enos, a senior policy analyst, and Matteo Mecacci, the president of the International Campaign for Tibet. 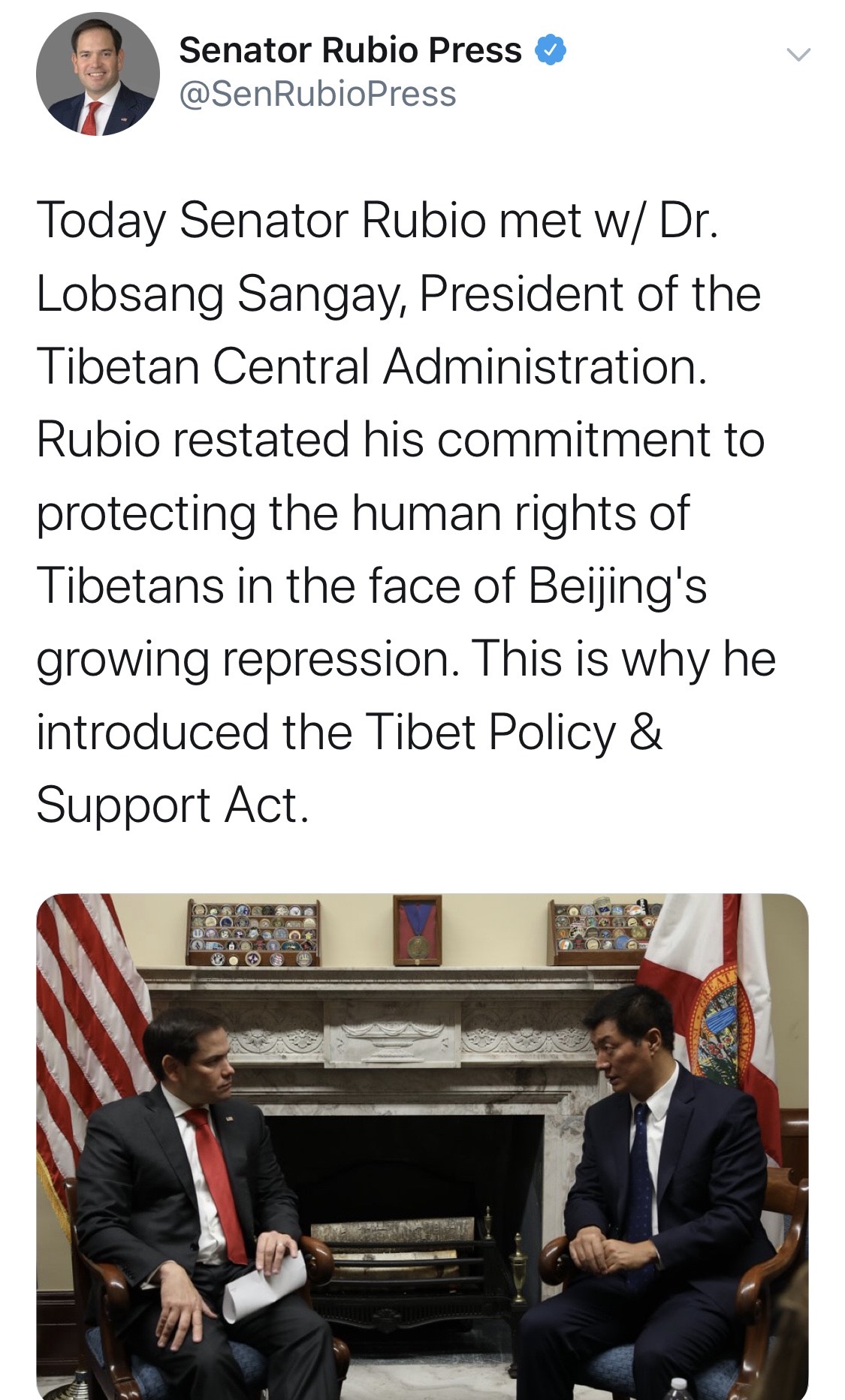 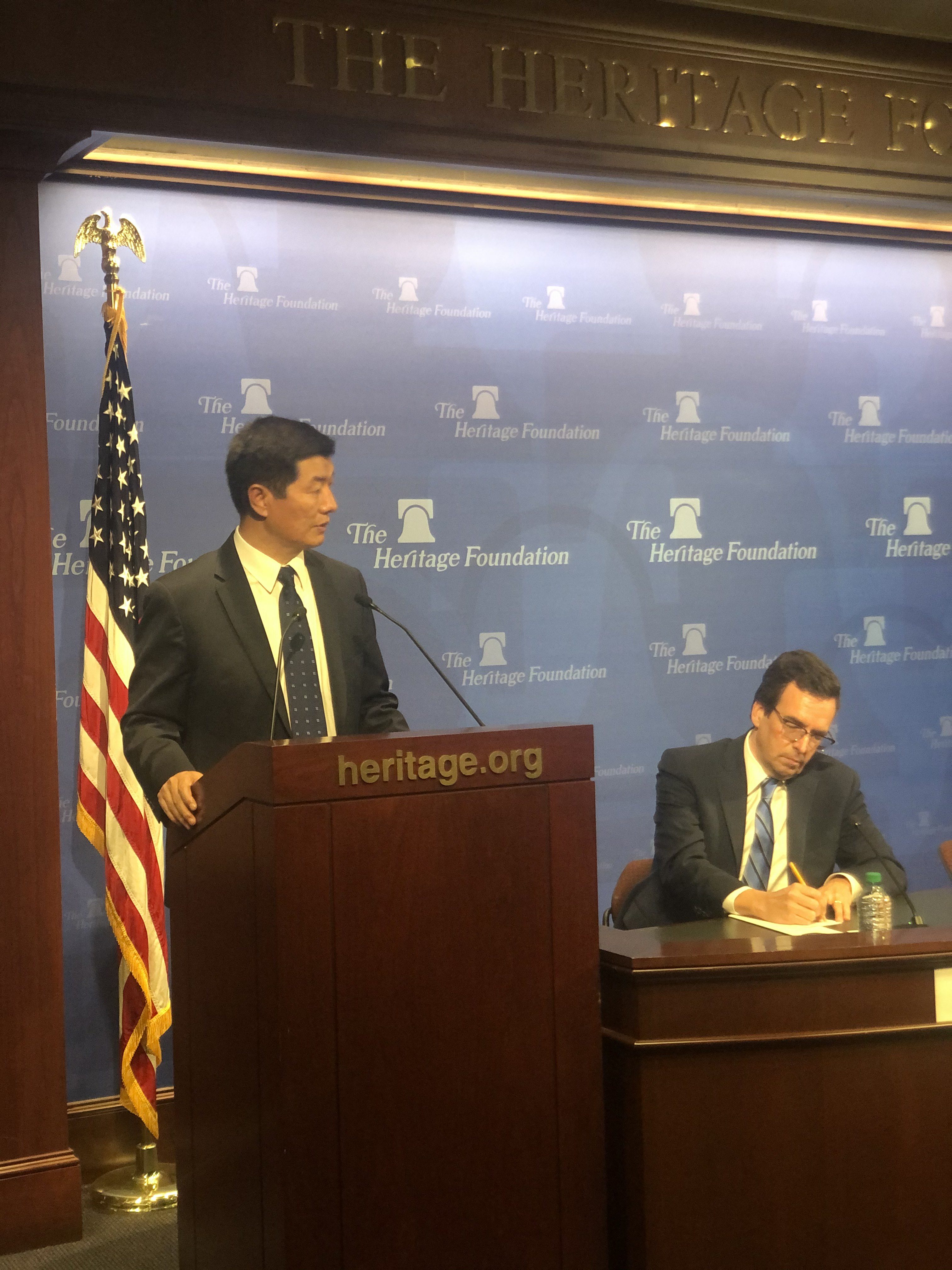