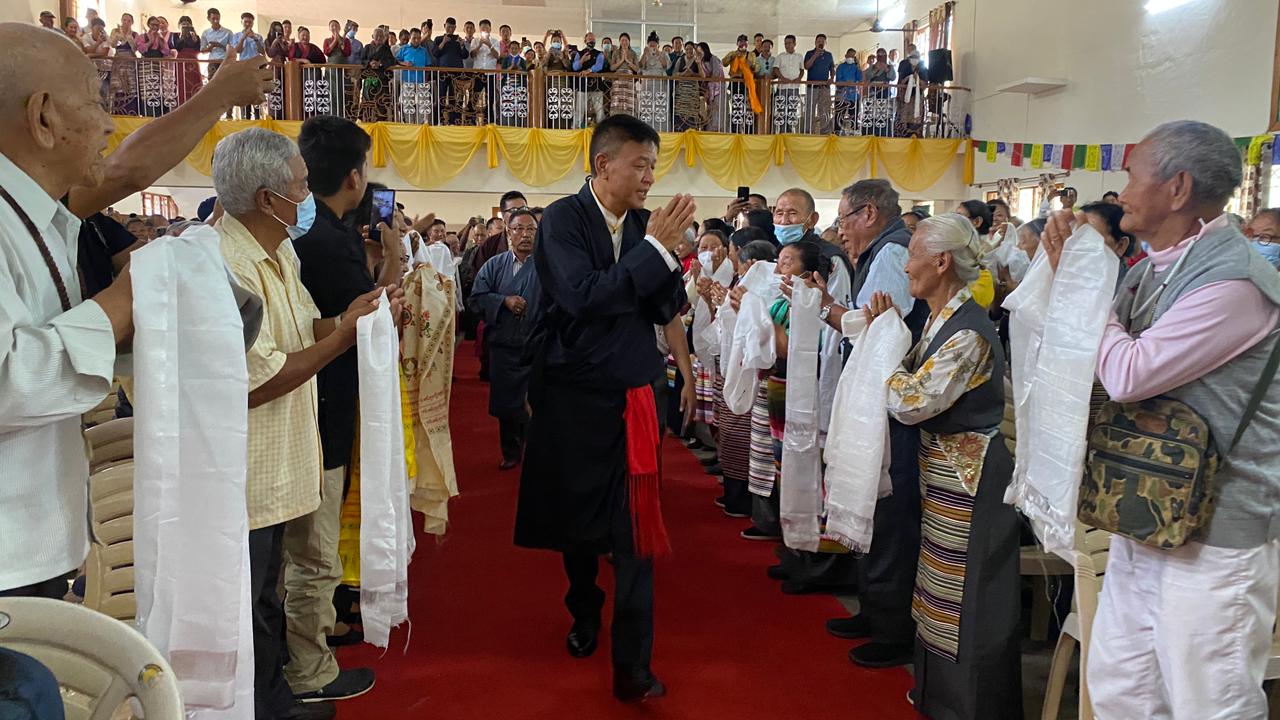 Bylakuppe: On the fourth and the final day of official engagements in Bylakuppe settlement, Sikyong Penpa Tsering of the Central Tibetan Administration addressed the Tibetan community of both Dekyi Larso and Lugsam settlements.

Before his address, CRO Jigme Tsultrim apprised the public of Sikyong’s three-day official engagements in Bangalore, majorly highlighting his courtesy call on the CM Basavaraj Bommai of Karnataka and outgoing Chief Secretary P. Ravi Kumar. He also briefed on Sikyong’s extensive tour of the camps under the jurisdiction of both Dekyi Larso and Lugsam settlements, monastic institutions, NGOs and the project sites under various CTA departments.

The day earlier, Sikyong visited each camp of Lugsam, where he had a short interaction with them, highlighting the objectives of his maiden visitation of southern Tibetan settlements since assuming the office. He then visited the ORTC and laid the foundation stone of its new office, followed by a tour of the Padma Exotic Citrus project overseen by the Department of Home. In the afternoon, he visited and toured the TSO Jhe Khangsar Charity hospital, Local Justice Commission, Office of Ex-Servicemen Welfare Association, Lugsam Bod Rangwang Denpai Tsokchung, Middle Way Youth Organisation, Mentseekhang, FTCI, old age home, and Karen Home for special needs children.

At the public address, Sikyong primarily stressed building harmonious relations with the local communities asserting the benevolence of the Indian government in enabling the sustenance of the community where the Tibetans could retain their separate ethnic and cultural identity.

While many among the public raised concerns about scuffles during the parliamentary session, Sikyong assured them not to be worried about such incidents.

“You have confided your trust in my leadership, so I have an obligation to defend that trust and not let you down”, assured the Sikyong and meanwhile urged the Tibetans not to make a mountain out of a molehill when it comes to petty conflict of regionalism and affiliations to one’s religious sect and province. Furthermore, he strongly stressed the 16th Kashag’s opposition to partially and favouritism in its governance while firmly establishing transparency and accountability as the fundamental principles of the administration, adding Middle Way Approach as the unequivocal political stand by the Kashag.

A major looming concern for the administration presently as noted by Sikyong was the allocation of land for those facing housing problems, particularly those residing in rented homes. While the administration expressed its commitment to alleviate those problems, Sikyong urged consolidated efforts, especially from settlement dwellers occupying unutilised land, to return those lands. Other subjects involving the talk included the essentiality of a demographic survey which he noted was of the utmost need of the hour for implementing the future course of actions by the administration. Sikyong proposed an imminent implementation of the population survey. He further talked about some of the political developments brought by his administration with respect to advocacy and lobbying activities, such as the establishment of the Permanent Strategy Committee for the resumption of Sino-Tibetan dialogue and the Voluntary Tibetan Advocacy Group (VTAG) to efficiently provide a platform accessible for every Tibetan around the world to advocate and lobby for Sino-Tibetan conflict.

With an assurance to holistically resolve the concerns raised during the public address as well as the ones brought to his understanding during the camp tour, Sikyong solicited unity and concerted effort from the public for the successful endeavours of the Kashag. The public talk at the Bylakuppe concluded with the felicitation of Sikyong by the CRO led settlement officer Lobsang Yeshi (Lugsam TSO) and settlement officer Chemi Dorjee (Dekyi Larso).

In the afternoon, Sikyong visited and addressed the Tibetan community in Chowkur, where he was notified about the critical issue of road repair, to which Sikyong assured speedy repairment and reconstruction.

Following his four day engagements in Bylakuppe, Sikyong is next scheduled to visit the Tibetan community in Hunsur. 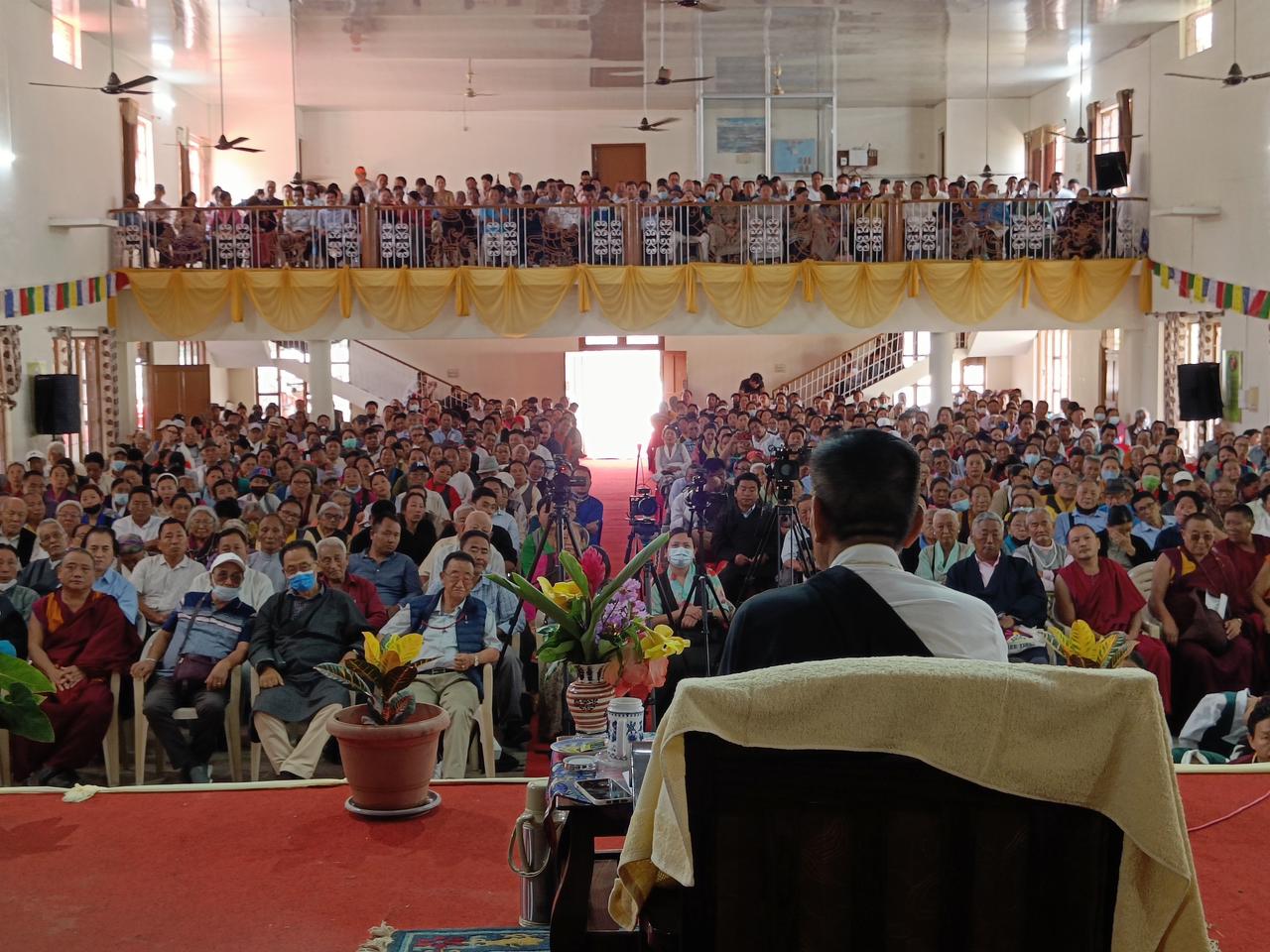 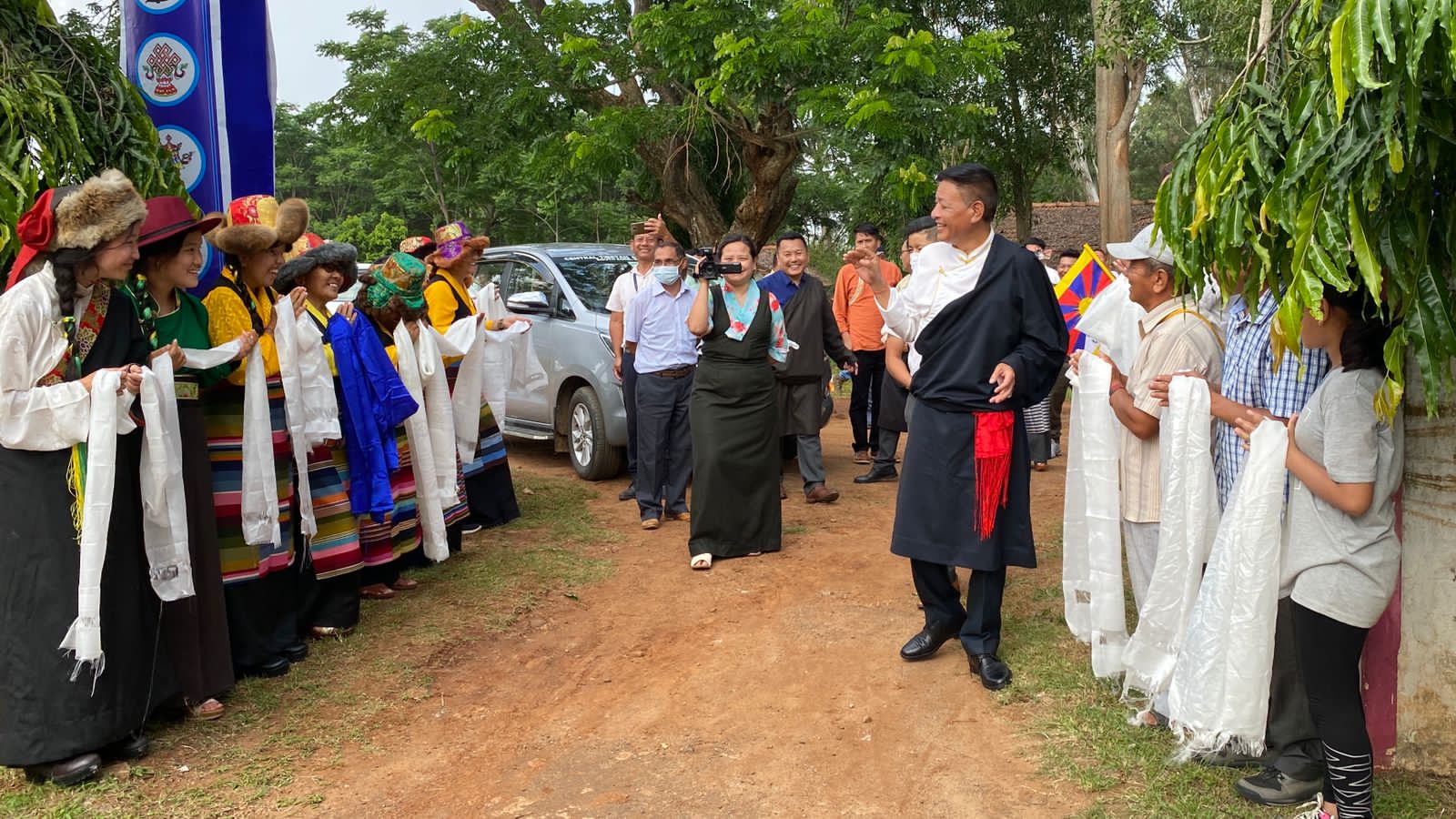 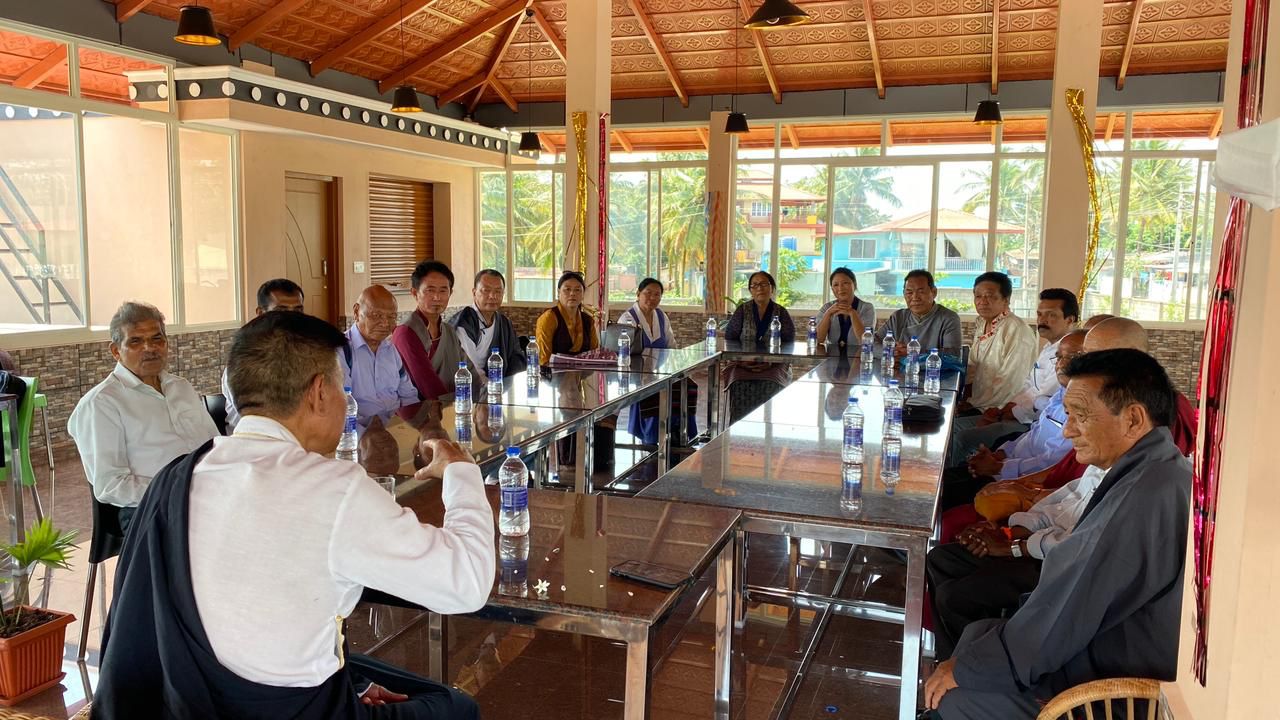 Sikyong interacting with retired teachers of Bylakuppe based CST school. 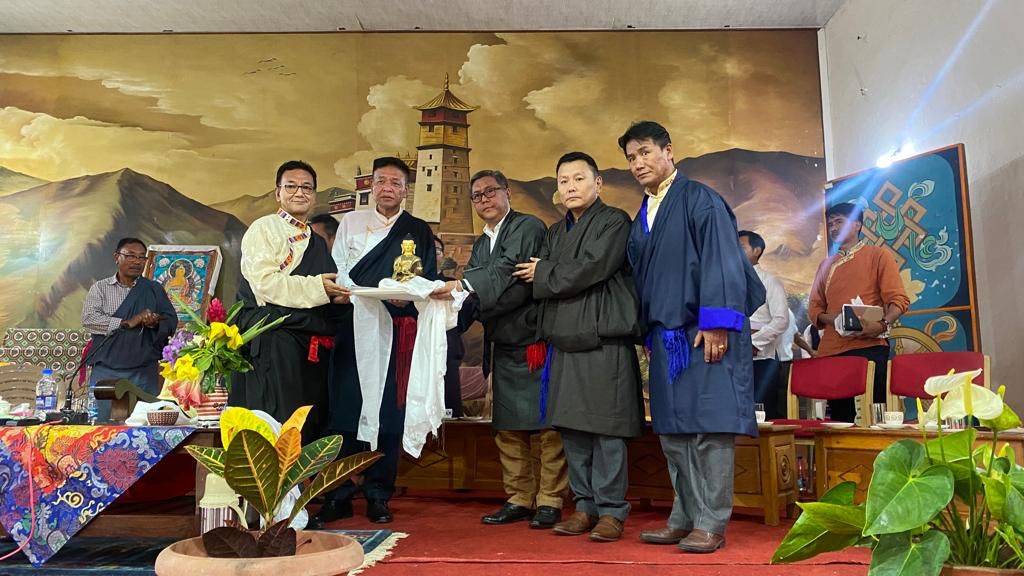