Sikyong addresses Tibetans in Gangtok, celebrates the milestones of the Tibetan movement during his official visit 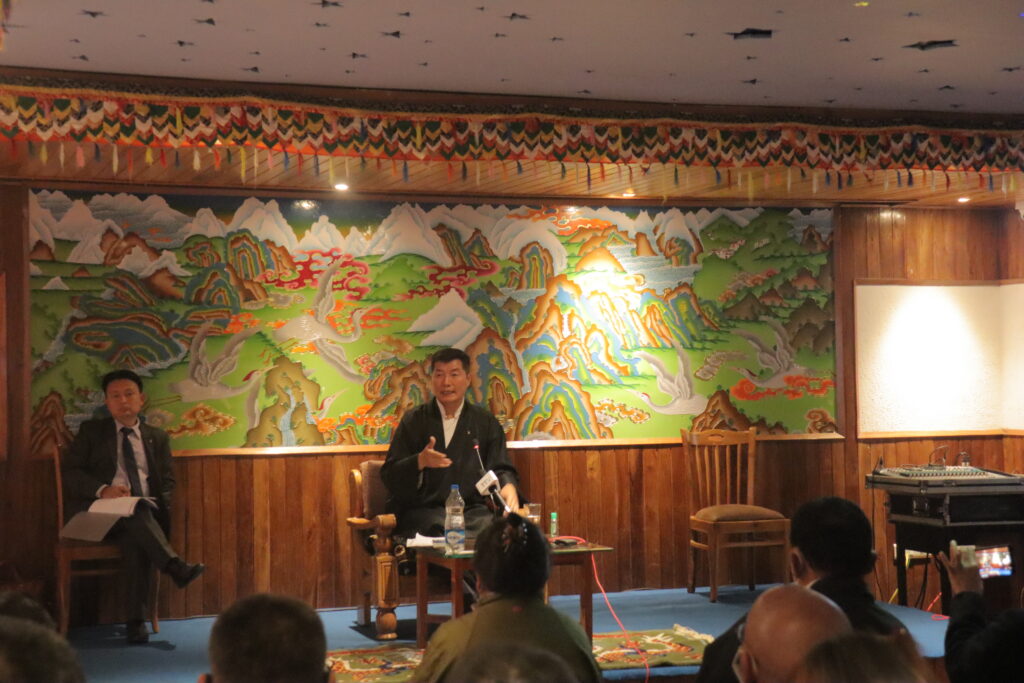 Sikyong addresses the Tibetan public at a conference hall during his visit to Gangtok as part of his official tour. Photo/CTA/Tenzin Rigden

Gangtok: As part of his 13-day long official tour to Tibetan settlements in North East and West Bengal, CTA President Sikyong Dr Lobsang Sangay arrived yesterday at the Pakyong airport where he was received by the local Tibetan dignitaries and officials including Tibetan Parliamentarian Youdon Aukatsang, Settlement Office staff, Vice-President of the Tibetan Assembly, Representatives of NGOs and Head of the village association.

A reception programme was arranged for Sikyong by the local Tibetan community. In his address, Sikyong expressed his gratitude for the opportunity to serve His Holiness the Dalai Lama and the Tibetan cause for two consecutive terms. He spoke on the recent successful passage of the US government’s Tibetan policy and said “The passage of the Tibetan Policy and Support Act 2020 has been realised through the blessings of His Holiness the Dalai Lama and the collective efforts of the Tibetan public, Tibetan supporters in the USA and the various organisations before the end of my term.

He also acknowledged the support rendered by the Indian government particularly highlighting the passage of the Tibetan Rehabilitation Policy 2014.

“To Tibetans, no country has been more kind than India. The Indian government passed the Tibetan Rehabilitation Policy of 2014 which recognises the refugee status of Tibetans who had fled to India after the Chinese occupation of Tibet in 1950 and also outlines the centre and state benefits that are available to Tibetans in exile with regard to their livelihood. The policy was formalised after many rounds of meetings and discussions between the Indian government and the Tibetan administration and defines clearly the extent of its application with respect to trading license and other benefits across states.

Sikyong concluded that these policies on Tibet acknowledges the status and situation of Tibetans and is a stepping stone that paves the way for the aspirations of the Tibetan people. 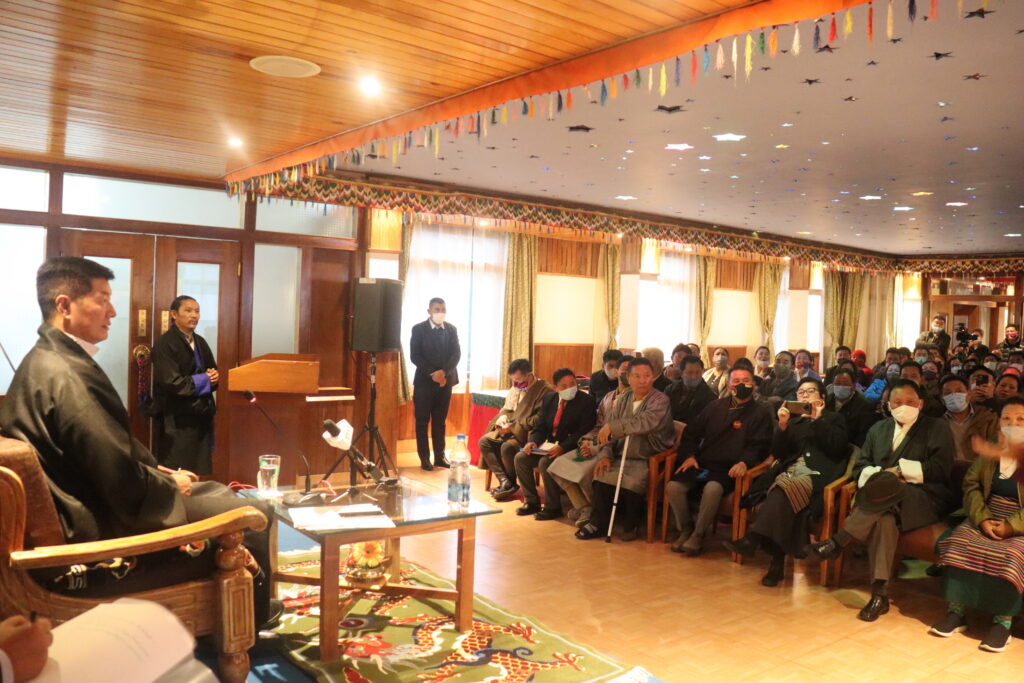 Sikyong and attendees during the official reception programme. Photo/CTA/Tenzin Rigden 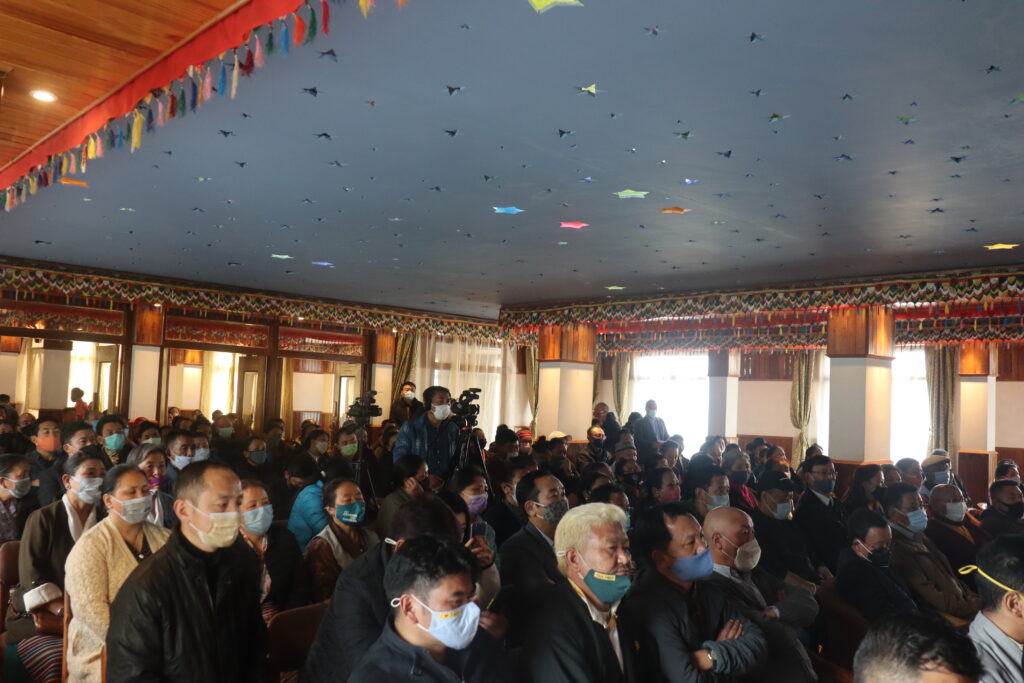 Members of the audience at the reception ceremony of Sikyong. Photo/CTA/Tenzin Rigden 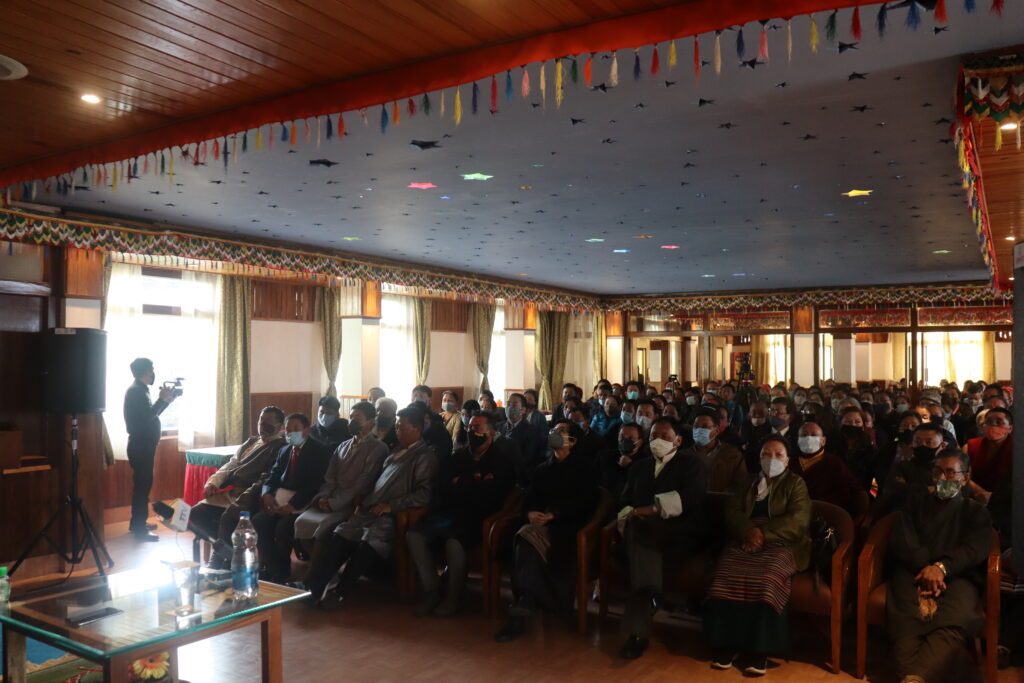