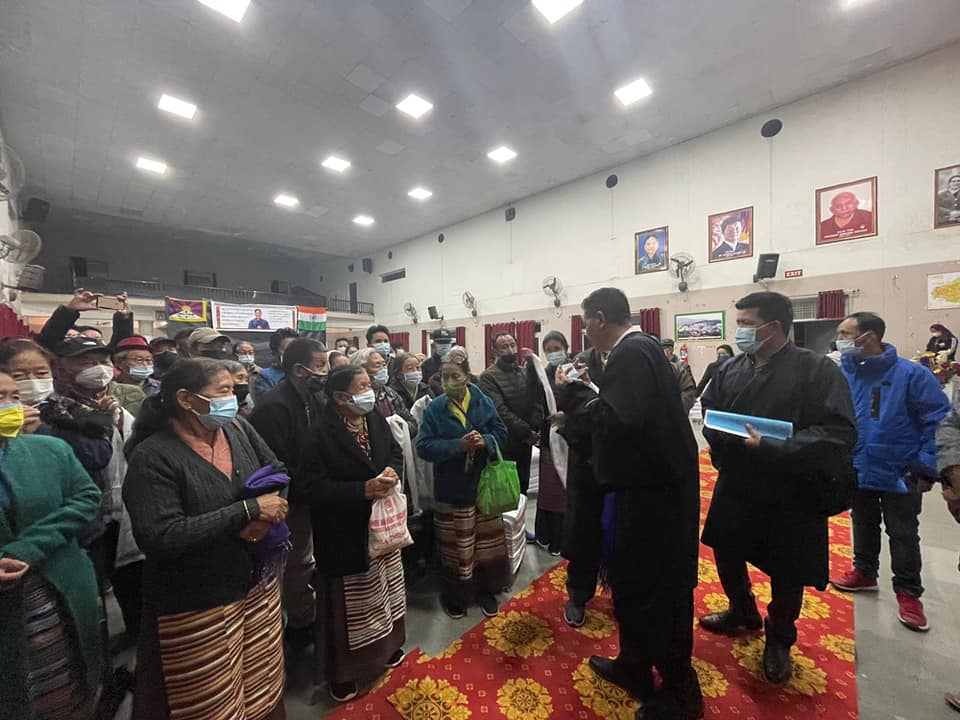 Dharamshala: As a part of his official visits to the Tibetan settlements in Dehradun, Sikyong Penpa Tsering addressed the Tibetan settlers of Dekyiling on 30 November following his visits to Rajpur, Sakya Chogar, TWC and Rajpur Homes School.
Speaking to the Tibetan settlers of Dekyiling, Sikyong briefed his official trips to Ladakh and some parts of Northeast India. He also welcomed audiences to bring forward their suggestions and complaints as well, during this visit. He then covered a range of issues concerning the welfare of Tibetans in exile and the Sino-Tibet conflict.

Beginning with the recollection of constitutional crises that lasted over several months, Sikyong Penpa Tsering underlined the significance of comprehending the constitution of CTA by every Tibetan to avoid complications in the community. He also educated the functioning of three pillars of CTA and three independent bodies to the audiences, detailing the process and execution of each department’s obligations. Following this, Sikyong Penpa Tsering underscored the importance of abiding by the constitution, as frequently emphasised by the current Kashag, to the public when reaching the offices out in any aspect. 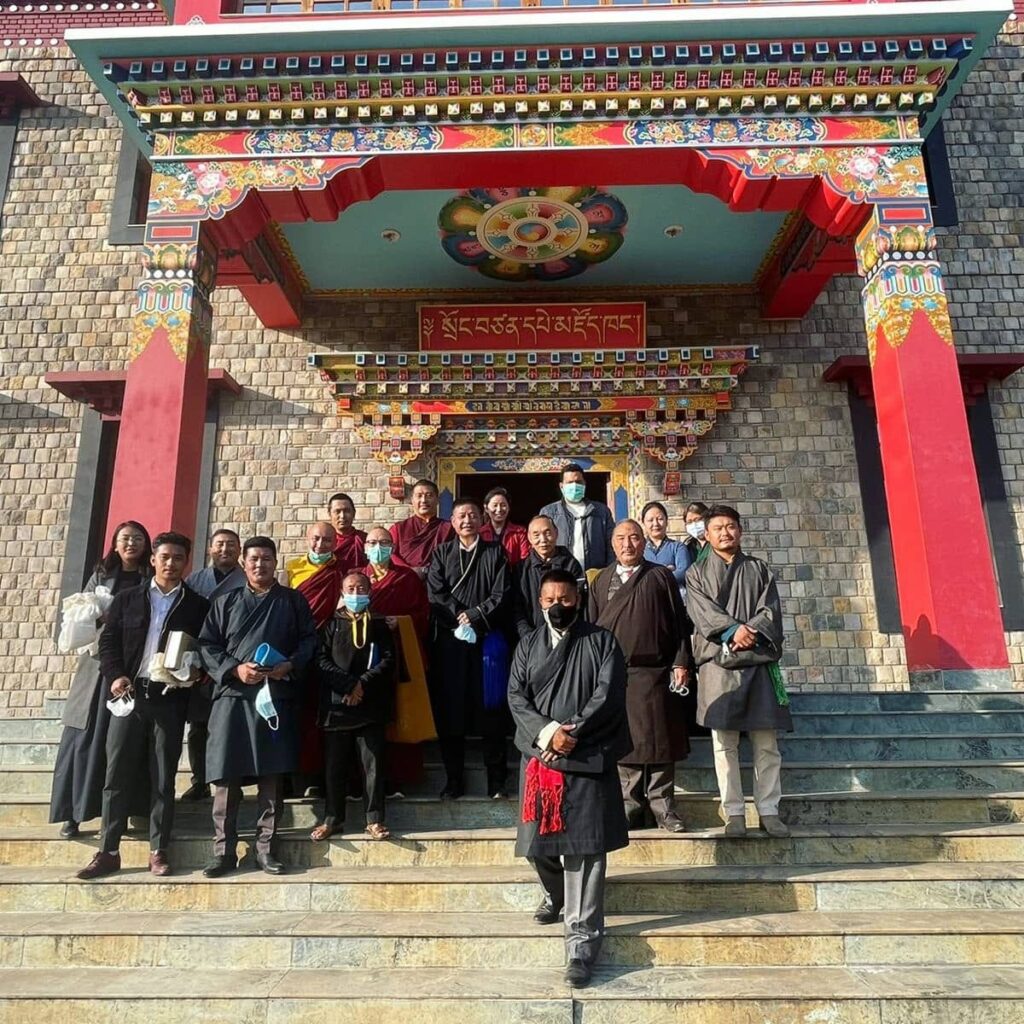 Group shot taken in front of the Songtsen Library

Apart from the administrative ground, Sikyong elaborated on the contributions of His Holiness the Dalai Lama in creating the exile community and its democratic government at the moment in particular. Adding a few words about the developments that eventually formed the current democratic system, Sikyong explained the Middle Way Approach policy of the Central Tibetan Administration to the public. He said Dalai Lama conceived it and was officially adopted by the Tibetan Parliament through consensus.

The Middle Way Approach is mutually beneficial for the Tibetan and Chinese and the only best solution to resolve the ongoing conflict between the two sides to which CTA will firmly stand, said Sikyong. Hence, communication with Beijing is necessary that Sikyong mentioned he is pouring efforts to accomplish it by establishing a Permanent Strategy Member who will frame a proper strategy and vision. Sikyong also talked about the V-TAG initiative that was launched after the Geneva Forum to the local Tibetans.

Before concluding his addressing, Sikyong urged Tibetans to keep regular updates about the realities of the Central Tibetan Administration and informed them about the welfare account of the Tibetans in exile. Sikyong appealed to residents to cooperate with the CTA in fulfilling the common objective. The gathering was dismissed after the question-answer session. 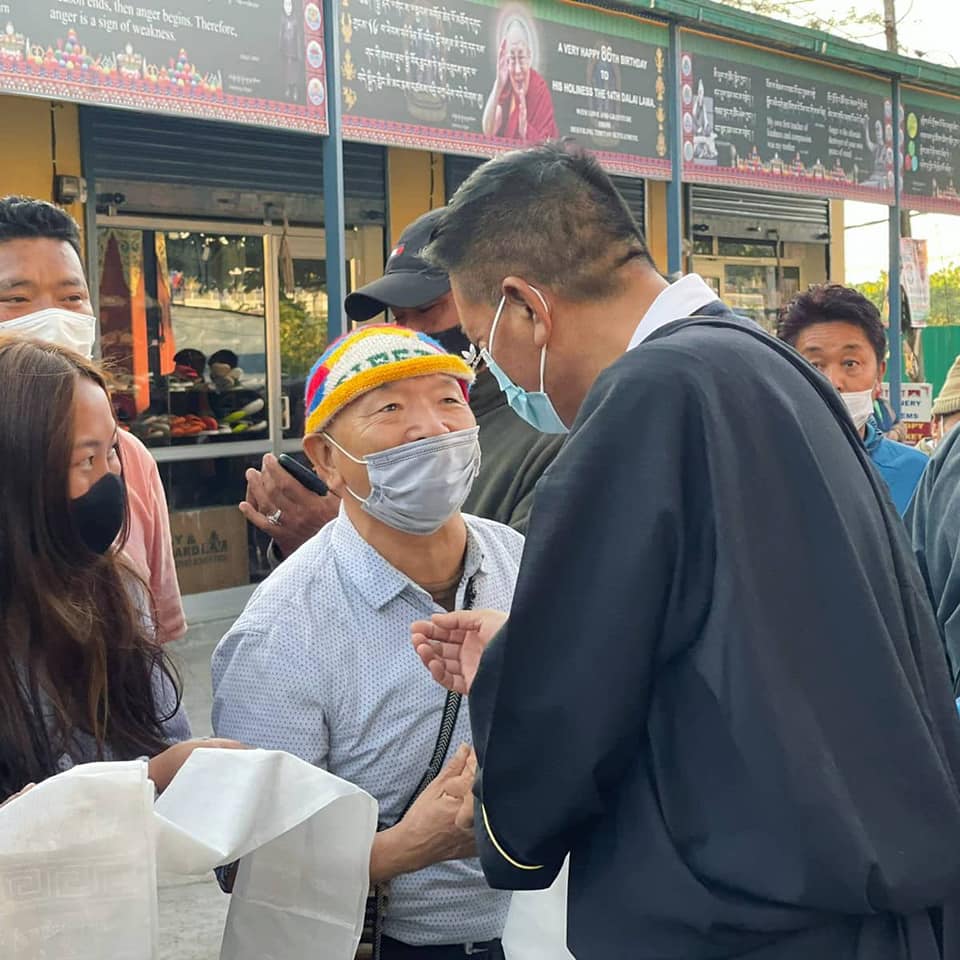