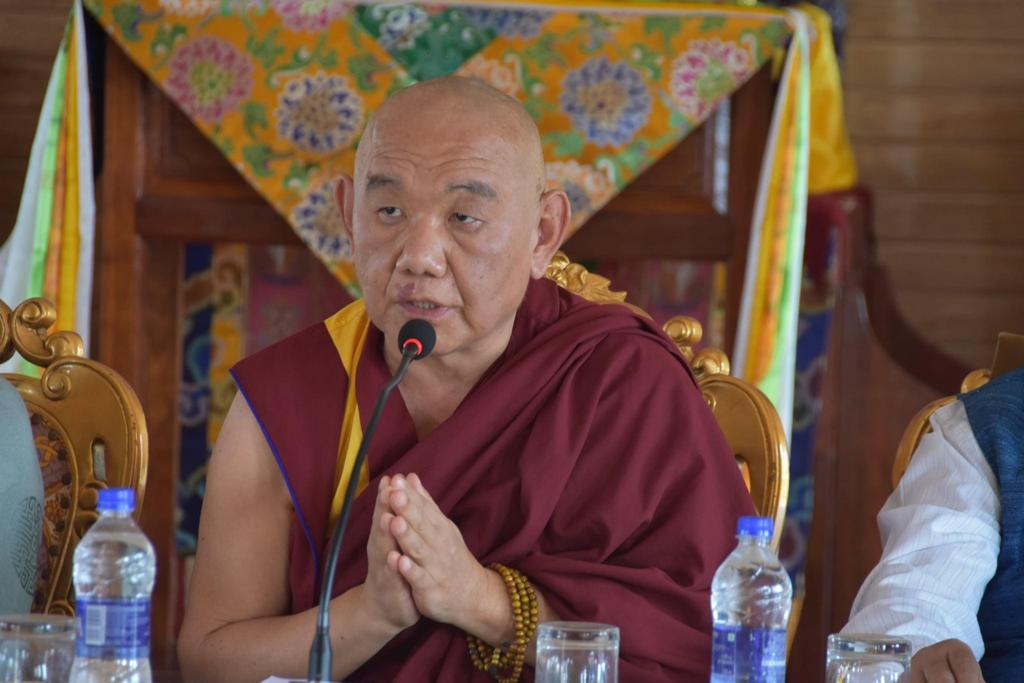 Khen Rinpoche Jetsun Tenzin Sangpo of Gyudmey Monastery at the closing ceremony of the 7th intensive course on Tibetan Language and Buddhist Philosophy.

The Department of Religion and Culture jointly organises the workshop with the Gyudmey monastery based in Hunsur Tibetan settlement. This is the 7th in the series.

They each echoed the significance of the training in the larger efforts towards the preservation of Tibet’s religious and cultural heritage as envisioned by His Holiness the Dalai Lama.

The Snowland school for Tibetan studies was formally inaugurated on 7 December 2011. It was established after His Holiness the Dalai Lama’s recommendation during his visit to Gyudmed monastery in 2007, to begin a school specially designed to meet the needs of students wishing to study Buddhism and Tibetan culture in India, according to the School’s official website. 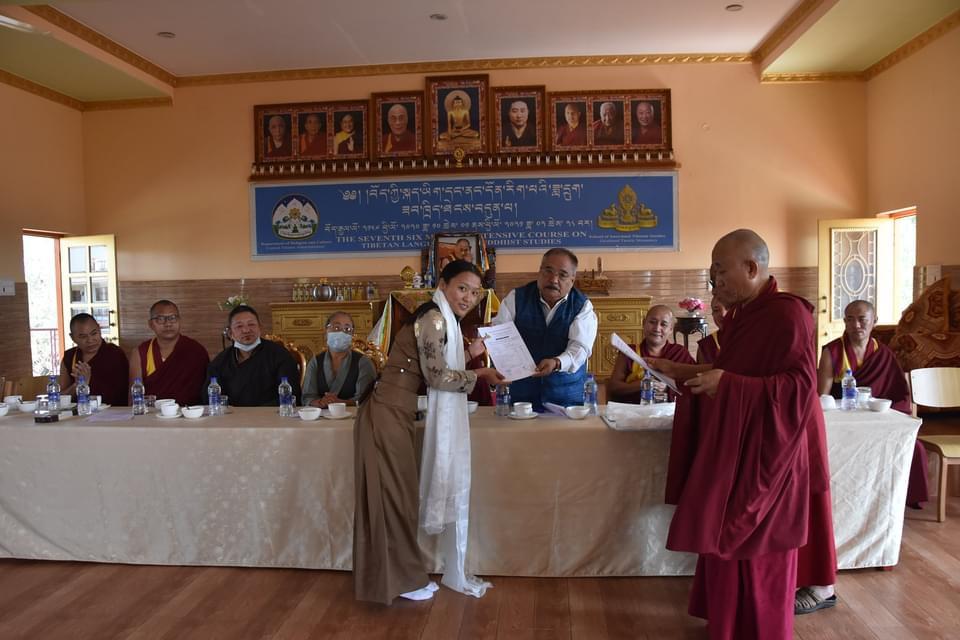 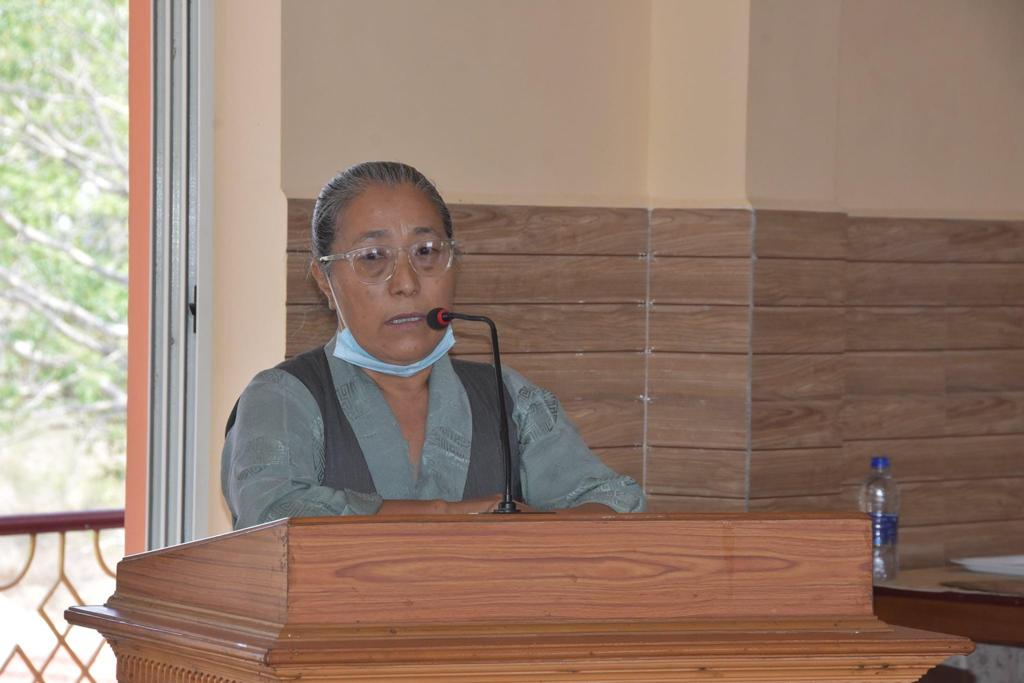 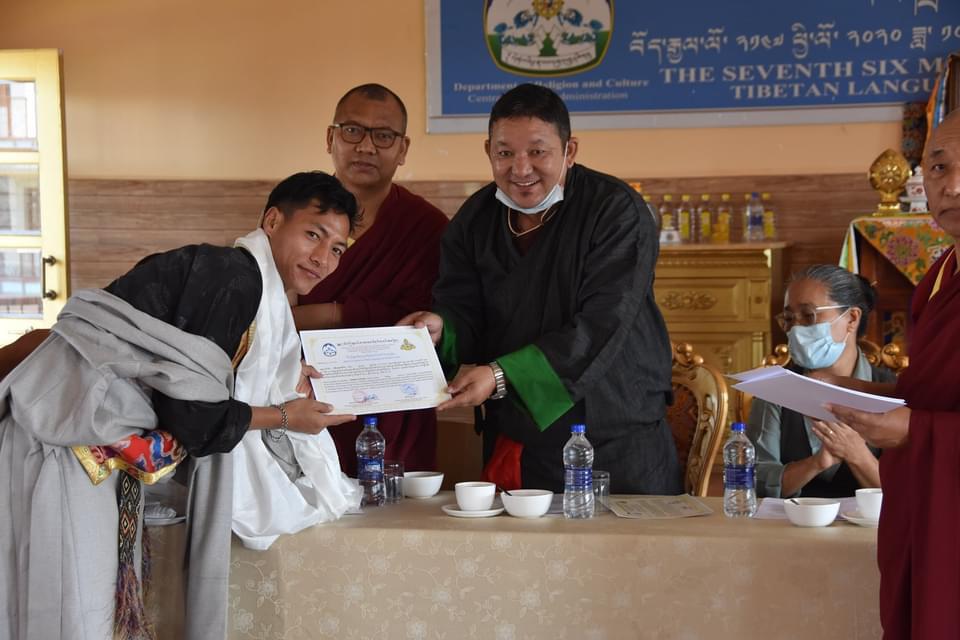 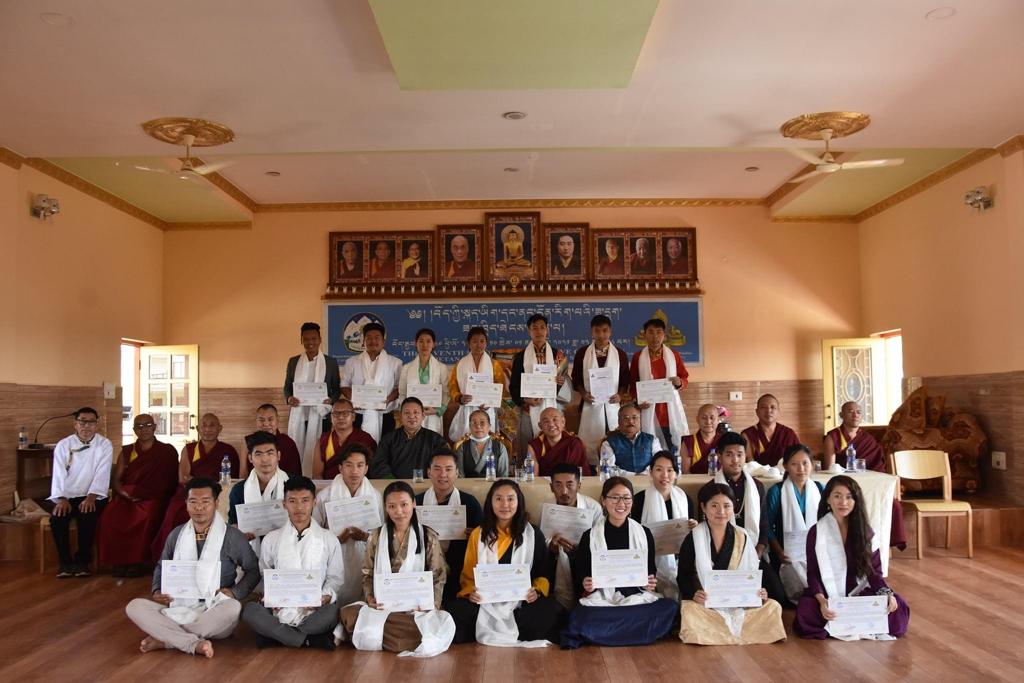 Students with the dignitaries at the closing ceremony. 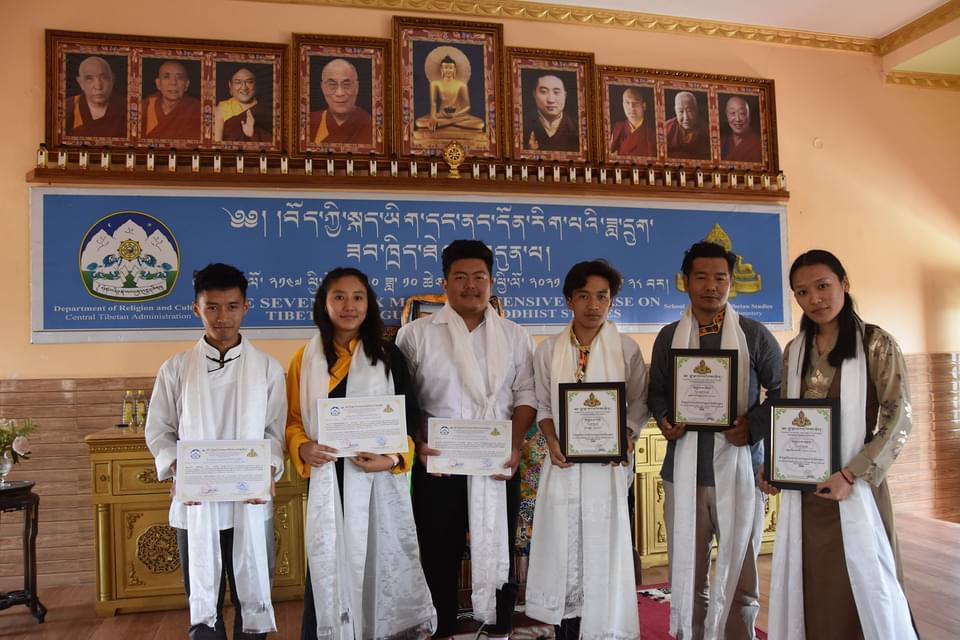