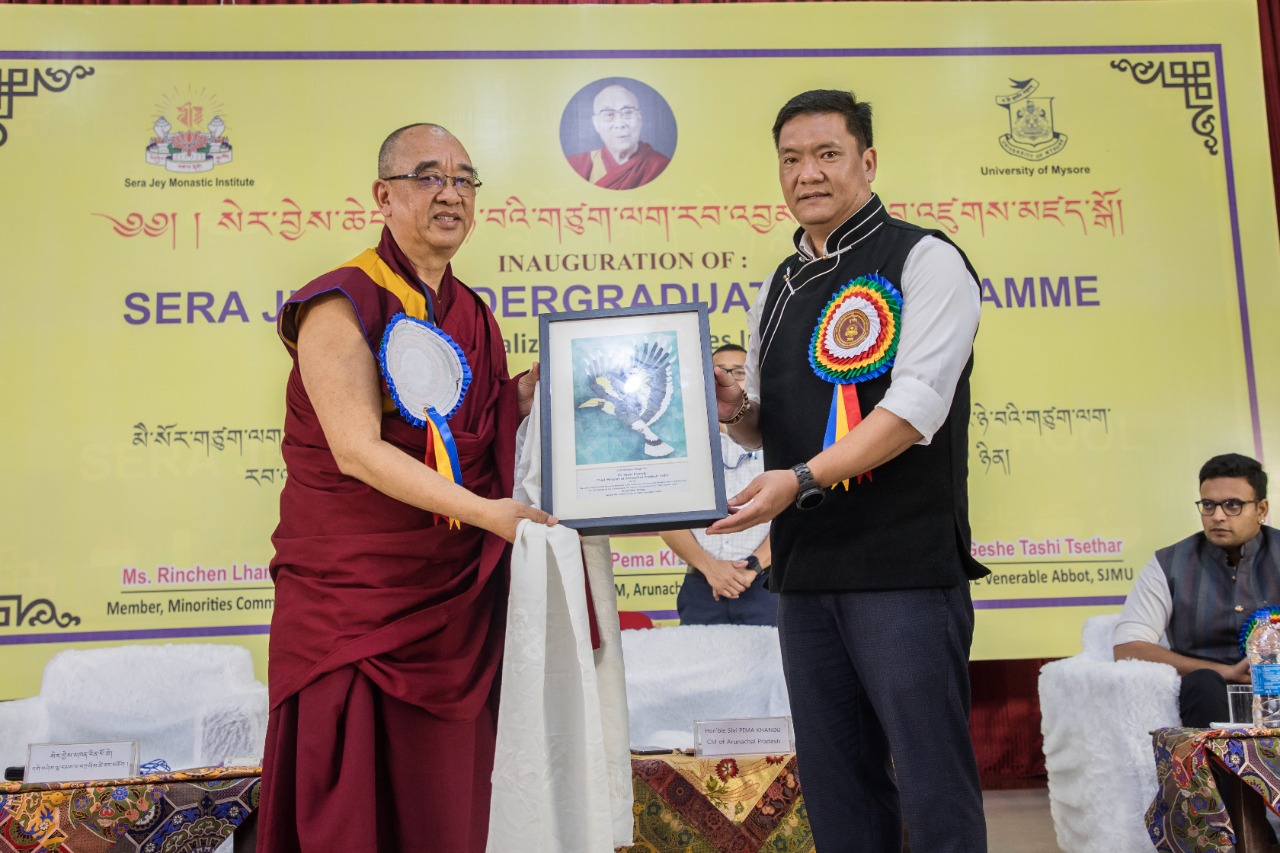 Bylakuppe:  One may lament that the first three decades of Tibetans in exile were spent living with benign neglect, whereas the last three decades have been lived with the celebration of Buddhist teachings and practices. In par with His Holiness the Dalai Lama’s farsighted vision and amongst his four objectives – to preserve ancient Nalanda’s Buddhist values and education which remains the lifeline of Tibetan heritage.

Being the Chief Guest, the Hon’ble CM of Arunachal Pradesh, while addressing the event, emphasised the relevance and significance of Nalanda’s Buddhist knowledge and wisdom that can show a path in finding solutions to the ever-evolving crisis of individuals, communities and states. He expressed his pride and honour to be part of this historical event that shall benefit all Buddhist learning students, especially monks who undergo numerous challenges and hardships to reach these learning centres. While offering homage to His Holiness, the Dalai Lama expressed his deep faith and gratitude in safeguarding the Buddhist Values and Teachings and emphasizing warmheartedness and mutual respect amongst all the different faiths. He especially thanked the Government and People of Karnataka, who had cared exceptionally for these existent Buddhist centres of learning and practices.

Smt. In her address, Rinchen Lhamo, Member of National Commission for Minorities, Govt. of India – being the Guest of Honor, expressed satisfaction in becoming part of this event.

Maharaja of Mysuru, H.E Yaduveer Krishnadatta Chamaraja Wadiyar, shared in his address the legacies of his grandfather and great-grandfather who had sown the seed of the University of Mysuru during British rule.  He offered his good wishes for more of such accomplishments that can relay the coherence of the people of India, particularly Karnataka, who have wholeheartedly embraced the Tibetan people and its culture.

In addition to this, on the morning of 21st October, the Hon’ble CM of AP, Sh. Pema Khandu and Smt. Rinchen Lhamo, Member, National Commission for Minorities, Govt. of India, also attended the Silver Jubilee Celebration event of Sera Jey School’s affiliation under CBSE, which was attended by distinguished guests from numerous institutions, organizations and communities also witnessed the occasion, including former Ministers of Central Tibetan Administration. 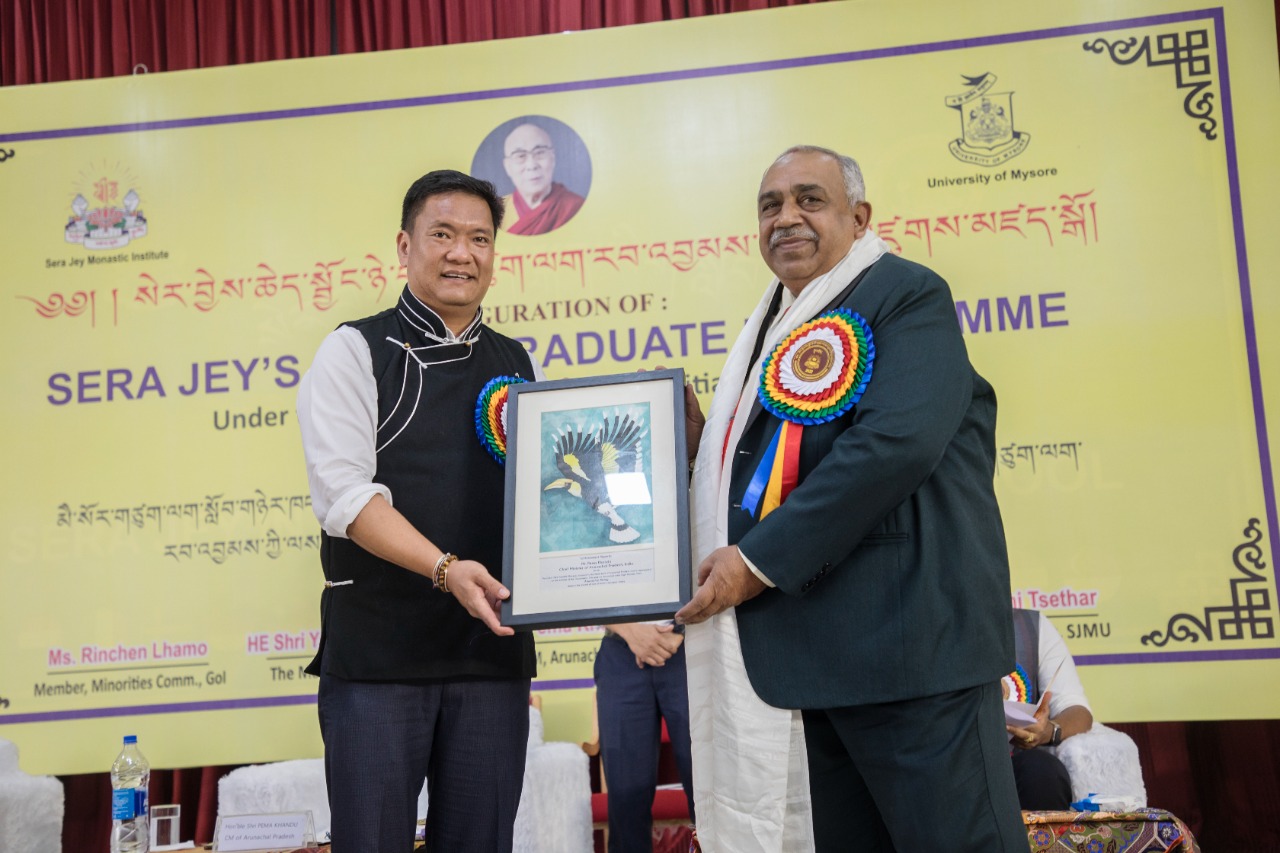 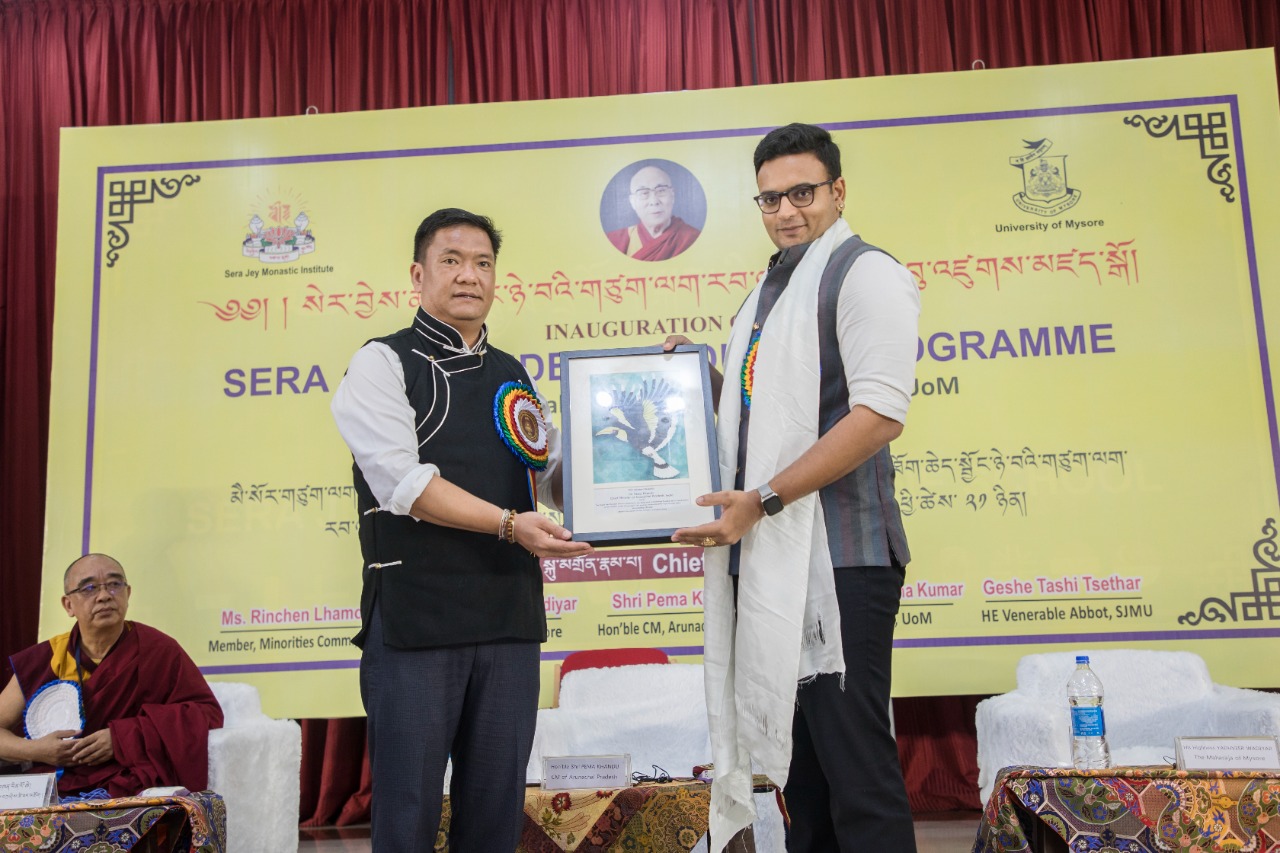 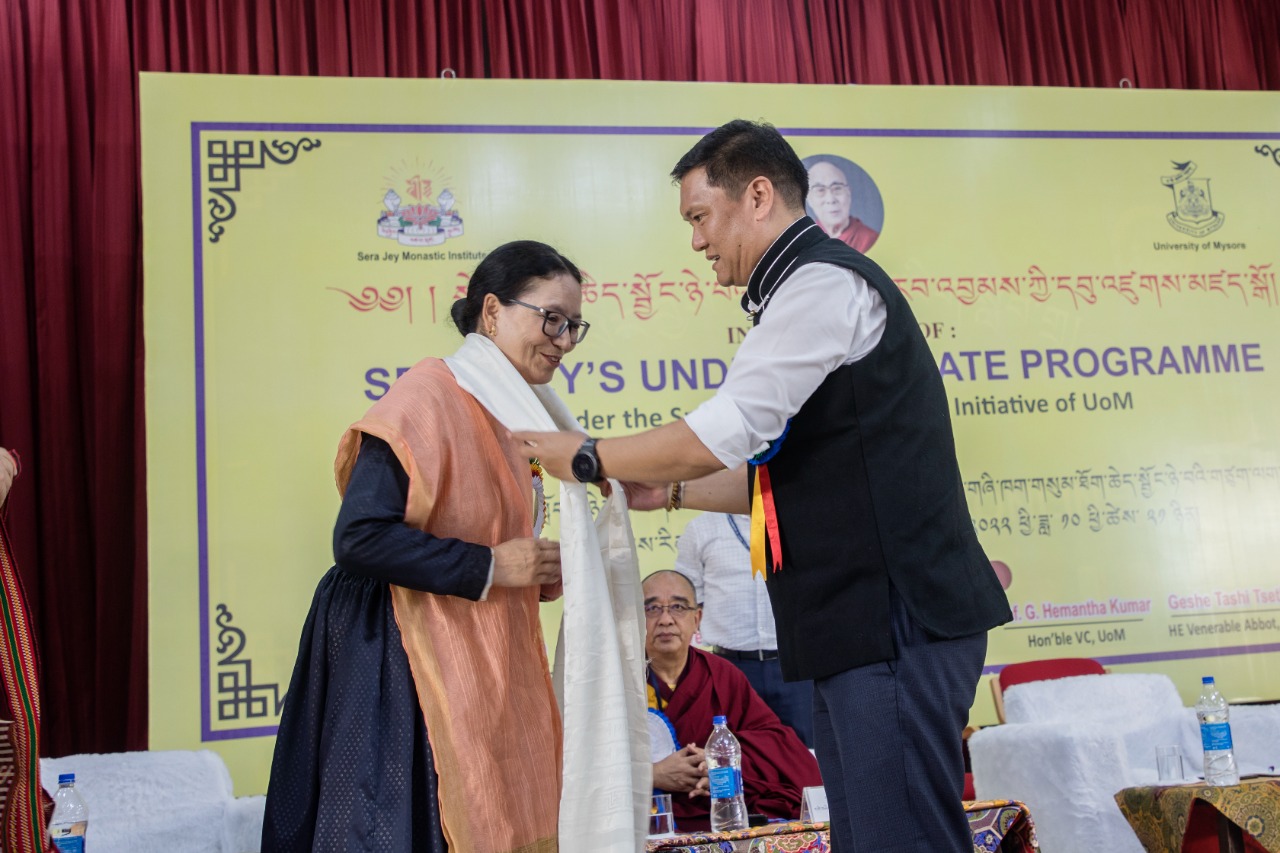 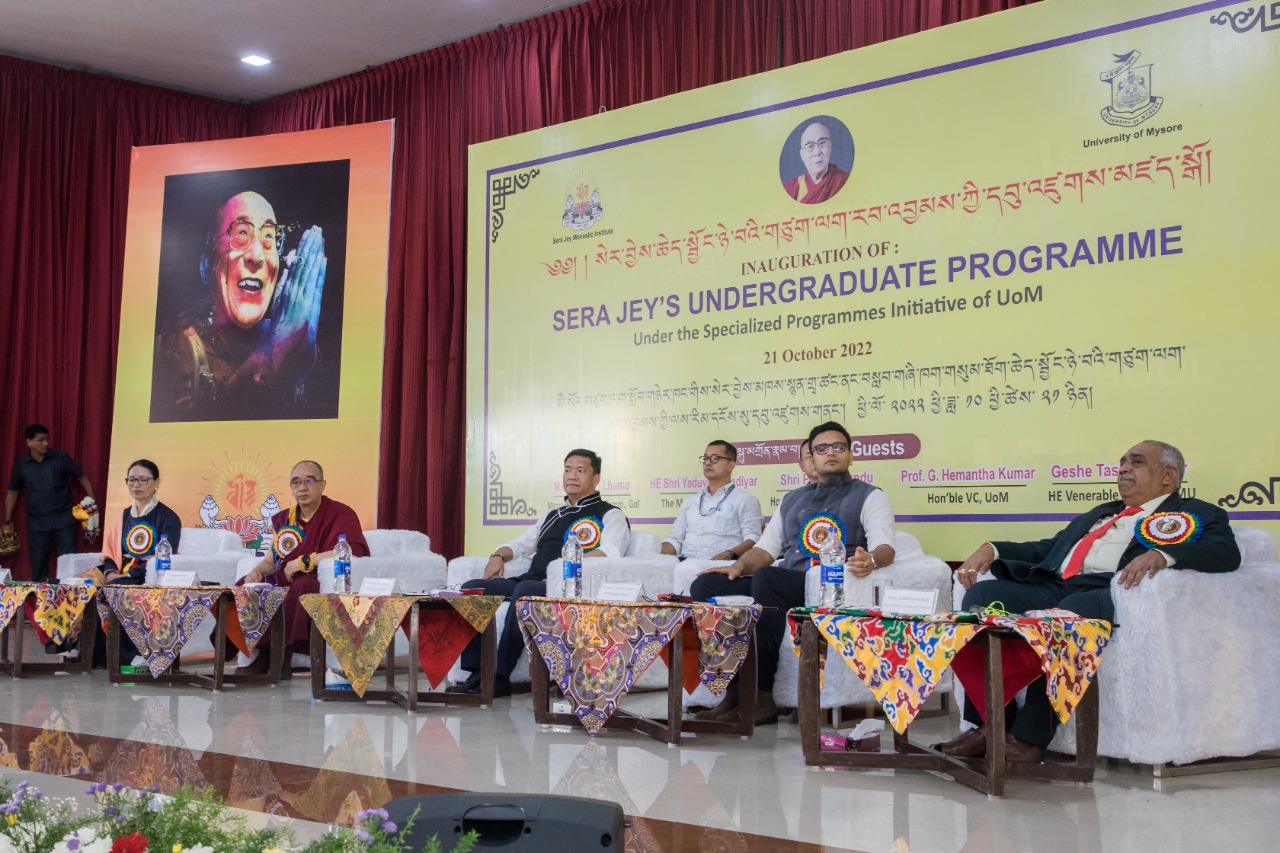 CM Pema Khandu and the dignitaries. 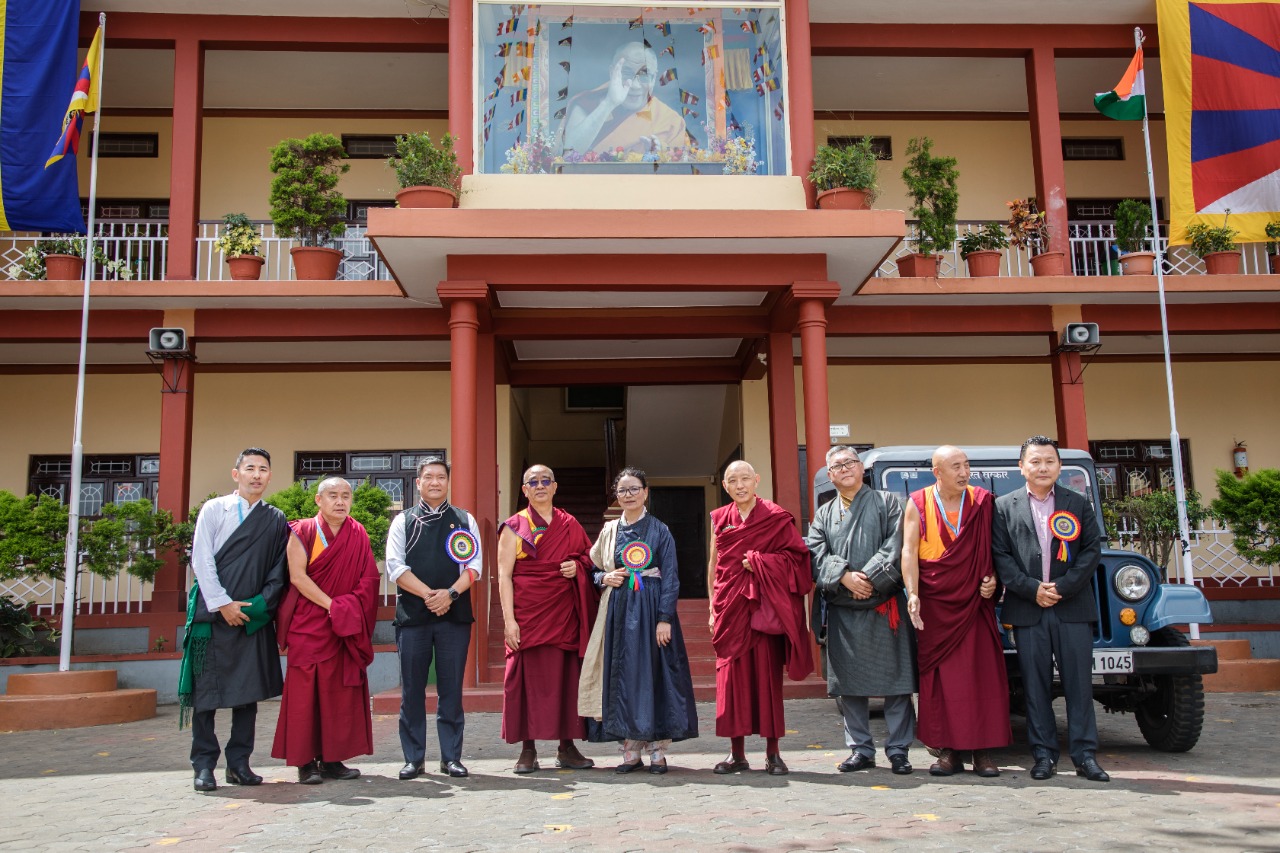 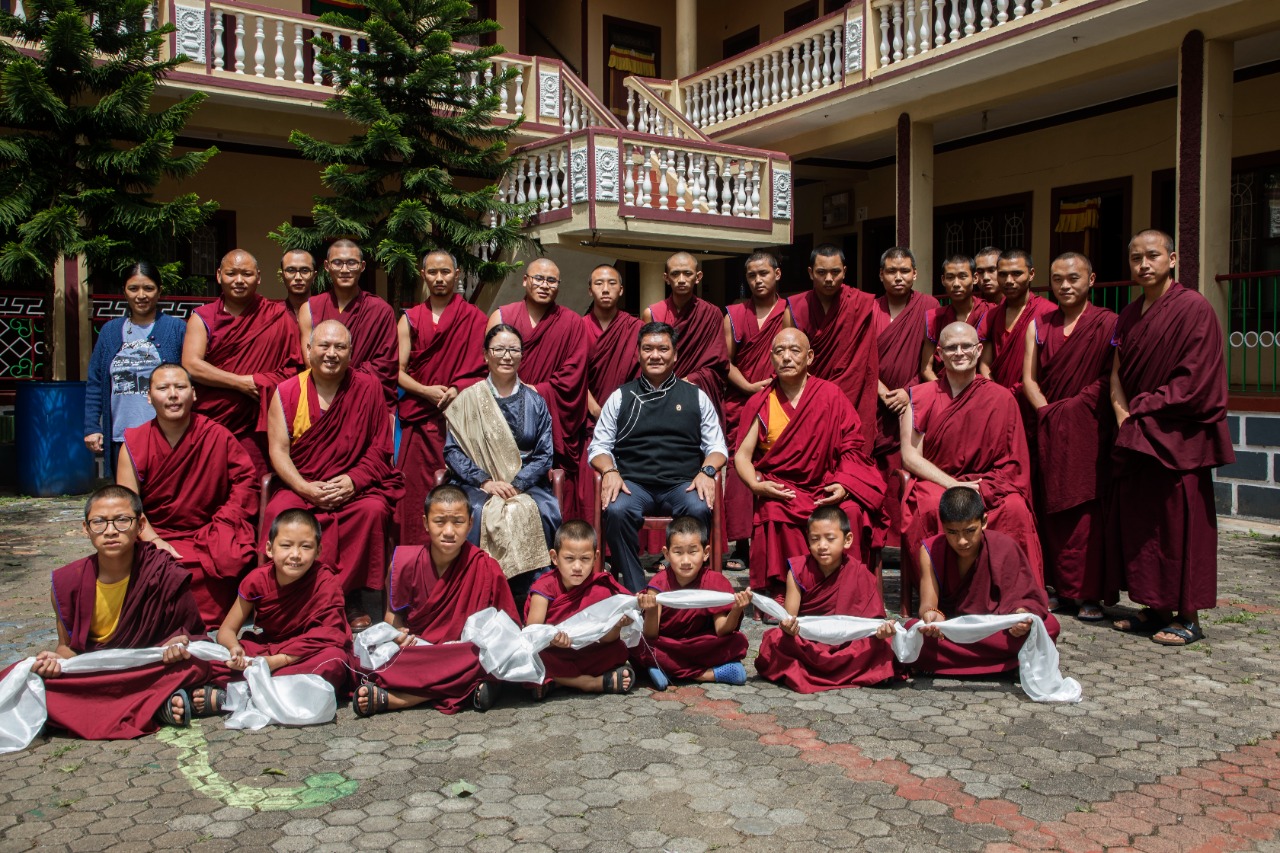