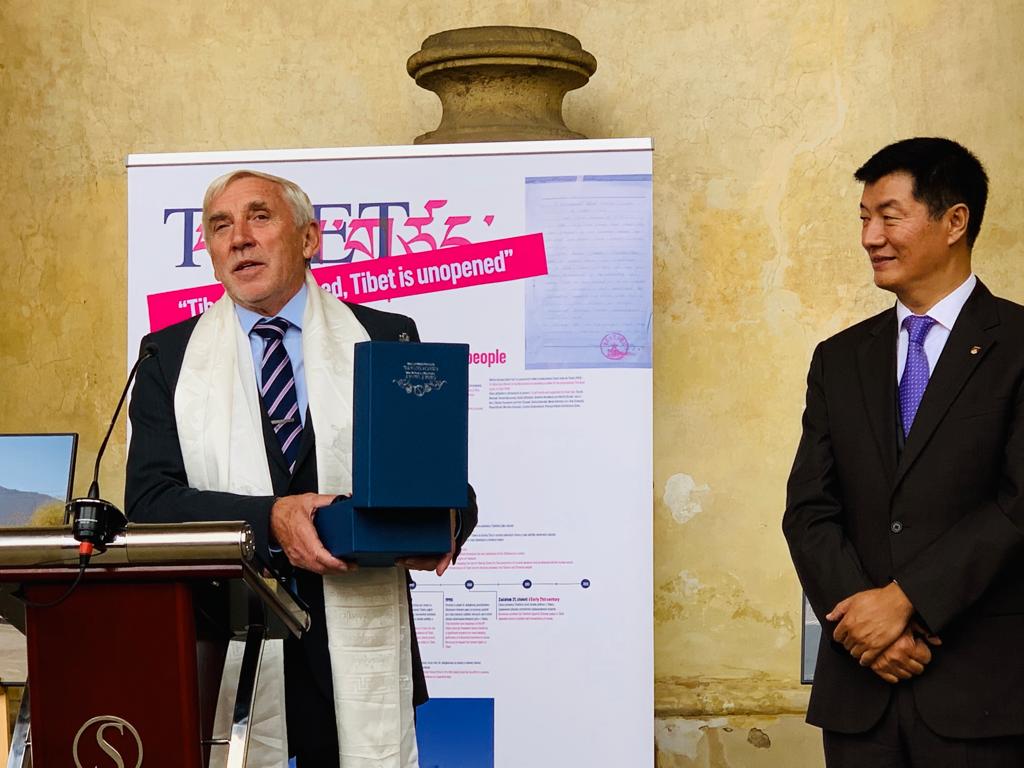 Vice President Jiří Růžička presents a glass lion statue, a symbol of the Czech state to President Dr Lobsang Sangay at the reception hosted in honour of the CTA President the Czech Republic Senate, Prague, 15 October 2019.

Demonstrating their solidarity with Tibet, the 1st Vice President of the Senate, Jiří Růžička in his opening remarks said, “Who else should understand the Tibetans more than we do”. He also mentioned that the predicament of the Czech Republic 30 years ago was no different than Tibet’s case now as they too have gone through long decades of oppression and domination by a powerful power east of them.

“With our sympathy for Tibet, we are commemorating the selflessness and fragility of our own freedom, our sense of belonging to those who helped us, but also to those whom we should now help”, said the 1st Vice President of the Senate, Jiří Růžička.

Other senators, including Vice-President Miluše Horská, Vice-President Jan Horník, Senator Přemysl Rabas, who is also Chairman of the Group of Friends of Tibet were present as well.

A photo exhibition on Tibet was also showcased as part of the event. 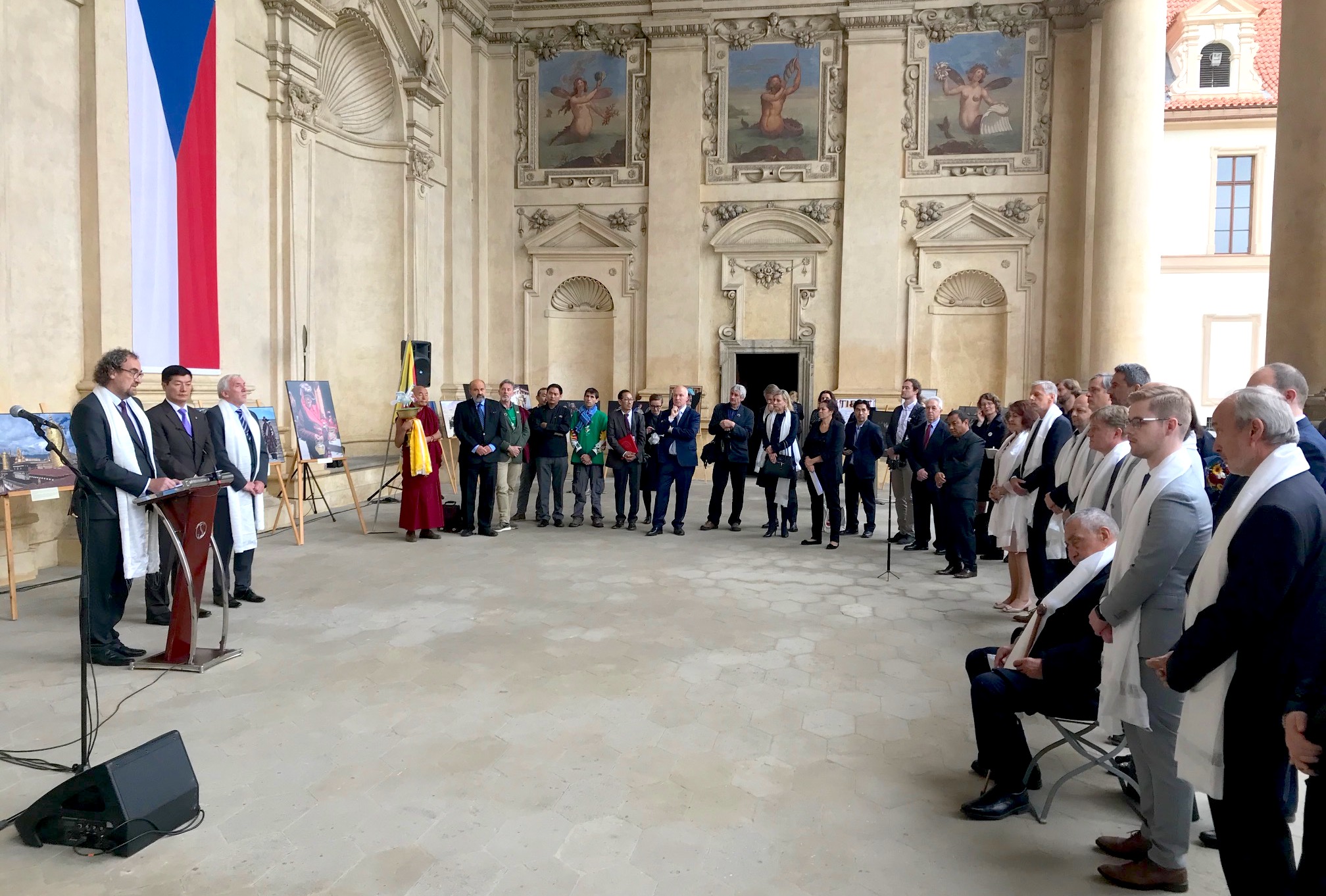 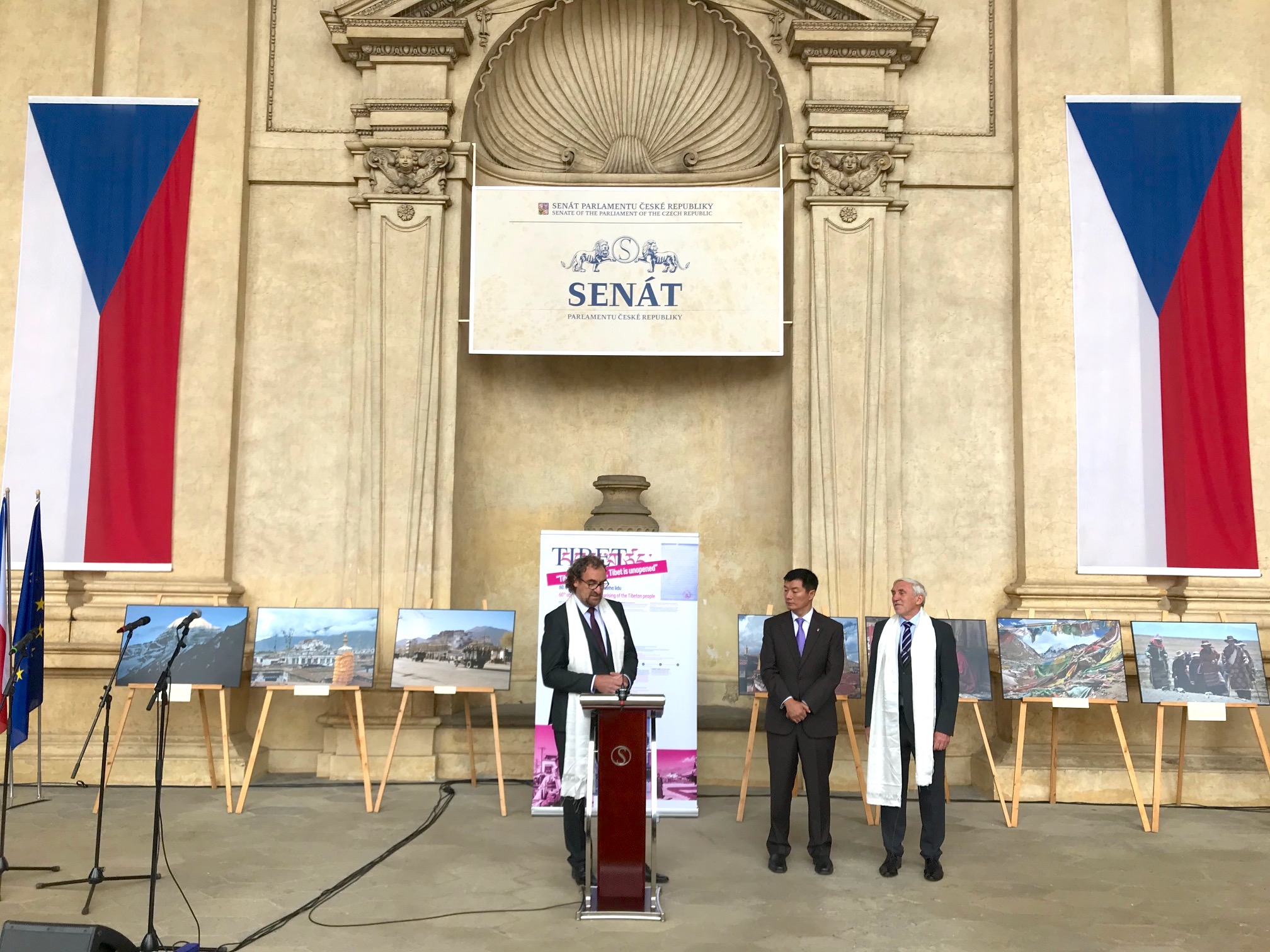 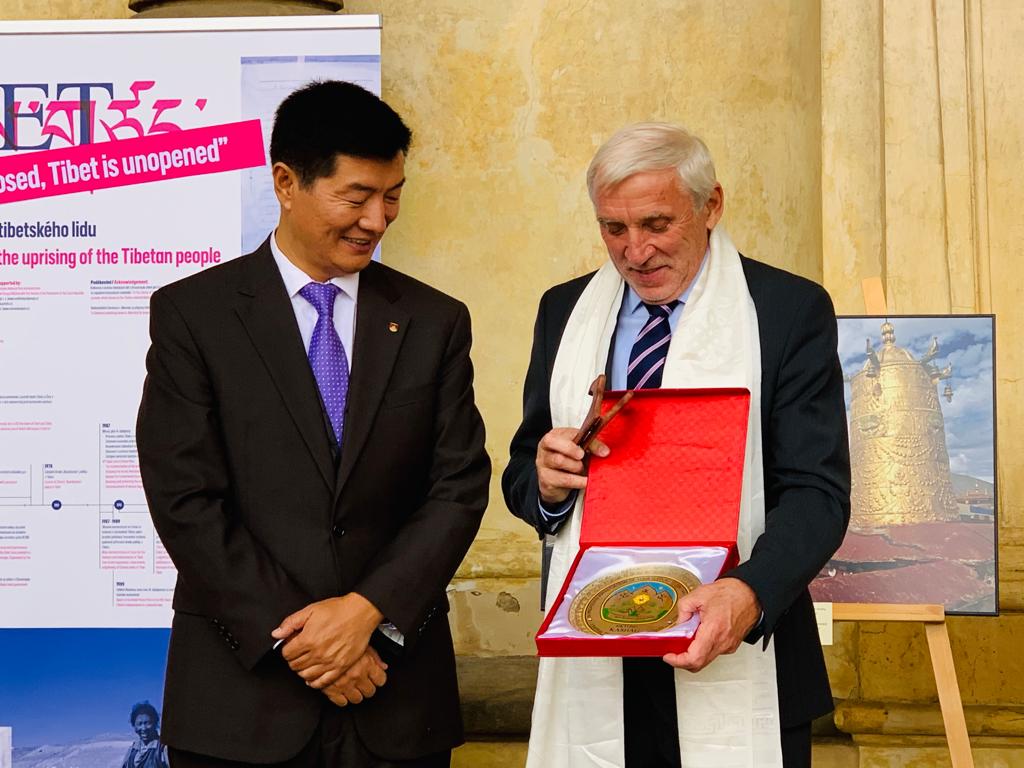 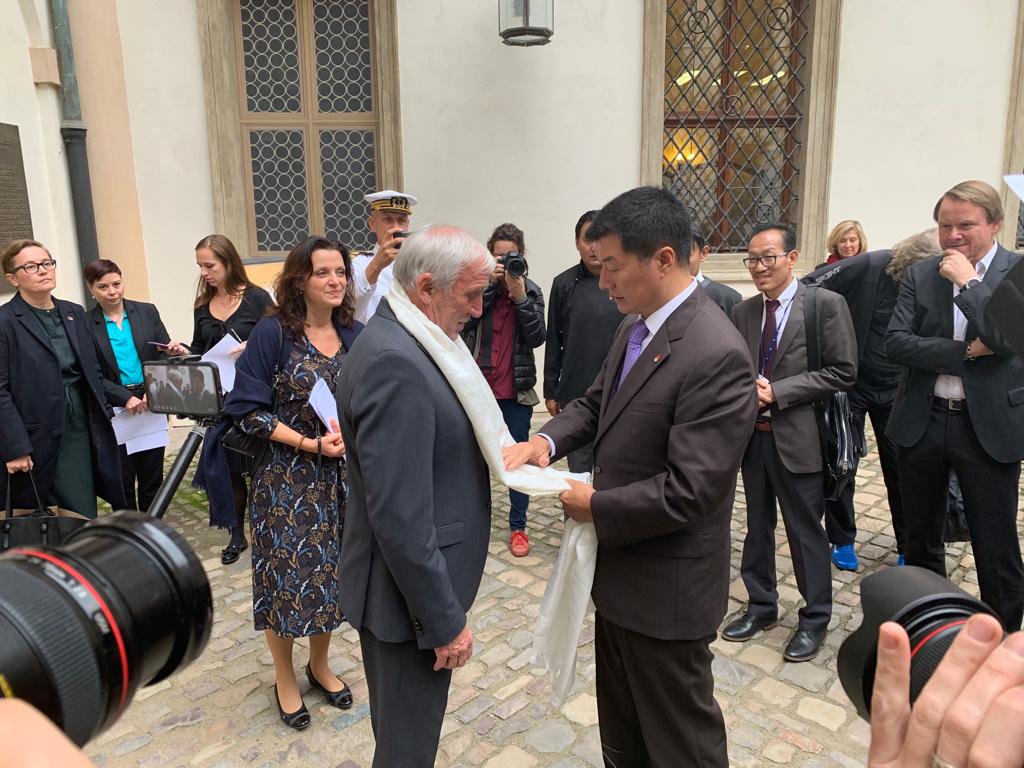