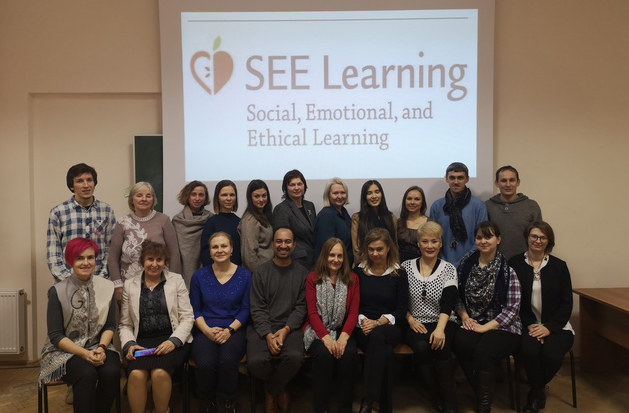 St Petersburg, RUSSIA: The International Conference on “Education and socialization in the modern socio-cultural environment” was held at the Herzen State Pedagogical University of Russia in Saint-Petersburg from 28–29 November.

As part of the conference, two-day workshop on “Social, emotional and ethical learning (SEEL) approaches in the context of Russian education” was organised led by Margarita N. Kozhevnikova, PhD, head of scientific research laboratory of social support of personality, the Herzen State Pedagogical University of Russia, who is also a member of the initiative group of the “Human Education in the Third Millennium” conference. The Human Education in the Third Millennium conference was chaired by His Holiness the Dalai Lama in Dharamshala in July this year.

Honorary Representative of His Holiness the Dalai Lama, Telo Tulku Rinpoche, who has been promoting SEE learning in Russia and Mongolia as well as countries under the jurisdiction of Moscow based Office of Tibet, said, “The SEE Learning concept and idea are very welcomed among scholars, thinkers, educators and, students here in Russian and Mongolia. The Biggest challenge we face is how to implement the SEE Learning curriculum in the mainstream education system without polluting the main concept of H.H. the Dalai lama’s vision of preparing the younger generation on how to handle the challenges we face in modern times.”

Soft skill has become a popular trend in world education. The term implies developing not only one’s cognitive abilities but also communicative skills and the art of self-treatment. “Emotional intelligence” and “Social, Emotional learning” (SEL) have become widespread over the past decades.

However Russian people have hardly heard about these ideas. The Russian teachers who participated in the conference got a chance to discuss the ideas for the first time: the relevance of SEEL, its general tendencies and directions; specific features of SEEL developed in Emory University, particularly the details of the last version of SEL that was launched internationally in April 2019 and included ethics as the most important component; the way it is similar to and different from the Russian educational tradition and the possibilities of its use in the modern Russian education. The SEEL program of Emory University was introduced by Brendan Ozawa-de Silva who heads the centre for its development.

Russian scholars suggested analyzing the SEEL ideas and approaches as well as from their foreign colleagues who shared their experience of SEEL implementation. The conference also included Pedagogic workshops of Russian and foreign teachers of SEL and SEEL.

All the teachers, scholars and practitioners engaged in lively small-group and round-table discussions dedicated to pedagogic purposes and potential pedagogic problems of SEL and SEEL; emotionality and moral education in connection with the problems of pedagogical practice, and the specifics of SEEL approaches; prospects of using SEEL approaches, practices and programs in various spheres, types and forms of education; the potential place that SEEL can take in the Russian educational system, based on the context of Russian pedagogic and ethnic traditions.

The teachers, aspiring teachers, psychologists and specialists in the field of education—particularly those studying emotional, cognitive, ethical development of students and tackling of professional burnout—took great interest in the conference.

Brendan Ozawa-de Silva who spoke at the plenary session of the conference on “Education and Socialization in the Modern Socio-Cultural Environment” shared his positive impression of the entire conference.

He said, “In my opinion, the conference was an enormous success. I was very moved to see so many presentations on SEE learning already being implemented in a variety of different forms in schools, in classrooms, and in other educational institutions working with children, including children in hospitals and children with developmental disabilities.”

“It was encouraging to see this, and it really gives me a strong sense of conviction that there is great potential here in Russia to use SEE learning and to develop it further. To my knowledge, this was the first international conference to focus on SEEL and to include both academicians, teachers and other specialists in discussing SEE learning. The participants came from various Russian regions as well as from the USA, Mongolia, Germany and Japan.”

“I would like to thank the Herzen State Pedagogical University of Russia and personally Margarita Kozhevnikova for organizing the conference. I also extend my gratitude to Save Tibet Foundation that supported my visit to Russia and is engaged in the translation of SEEL books into the Russian language,” he concluded. 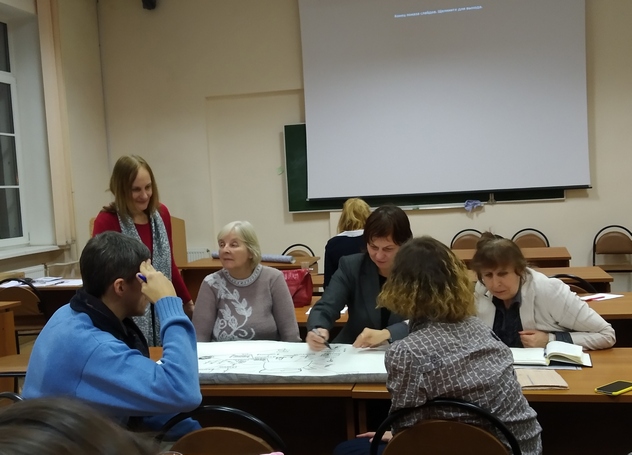 Attendees participating in the exercise.