Rongdrak in Tibet Faces yet another Massive Flood 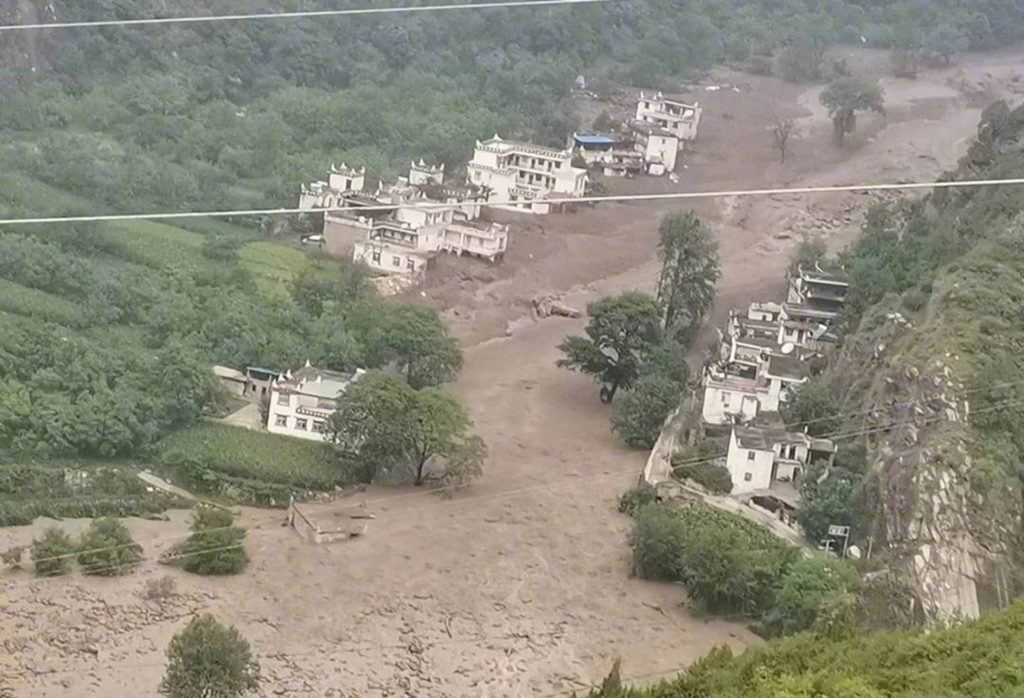 Aerial view of the flood in Rongdrak County in Eastern Tibet.

A massive flood on 17 June 2020 due to torrential rainfall in the last few days has affected many parts of Rongdrak County in eastern Tibet. The flood caused landslides as rivers gushed through the region, destroying homes, schools, and monasteries located along the extremely narrow valley.

There have been similar floods back 2017, coincidentally almost on the same day as the recent one (15 June),

Recently, many parts of southern China have faced severe floods due to heavy downpour and it took about a week for the impact of the heavy rainfall to reach south-eastern areas of Tibet. As per independent as well as Chinese official news reports, the floods have unfortunately left two people missing and displaced 20,000 people with the devastation spreading to ten separate areas within the county. It is also reported that the houses of two villages were completely destroyed by the flood.

The flood has posed a significant risk to the nearby county of  Tsenglha Dzong in “Ngawa Tibetan Autonomous Prefecture” as well.

Tibet has seen an unprecedented number of natural disasters occurring simultaneously across the region since 2016, primarily due to rising temperatures and increased rainfall. Furthermore, the situation has been exacerbated by a number of other factors such as excessive construction activities, a destructive mode of lithium mining, a cascade of dams along the river, and state-sanctioned felling of trees in some areas of the valley.

A series of articles have been published by the Environment Desk of the Tibet Policy Institute in the last five years that both highlights as well as forewarns the Chinese government and the Tibetan people of the increased risk of repeated floods in Tibet in the coming years.

The first article, ‘Natural Disasters in Tibet: Is it the New Normal’ (8 August 2016) clearly warned the Chinese government to the looming risk of floods across Tibet as the plateau enters into a new pattern of climatic condition. The paper states,

Despite the Tibetan Plateau facing the severest impact of climate change, there is an absolute lack of public education and awareness programs on how to mitigate and adapt to climate change.

The second paper, ‘Flooded Tibet: Struggling to Adapt to the New Reality’ (4 September 2017) published the following year, urged the Chinese government to take necessary measures to pro-actively mitigate the possible risk from floods. The paper has highlighted five primary causes for the increasing cases of natural disasters in Tibet. The paper reads,

The increased number of natural disasters that occurred in the last two years was primarily due to climate change, but it was also partly due to rampant mining, rapid urbanization, and irresponsible development work. A necessary mechanism to deal with natural disasters should be put in place for a quick response.  A              thorough post-disaster assessment should be carried out to both understand the causes and to hold those responsible accountable.

The change is inevitable, hence we have to adapt to the rapidly changing climatic pattern on the Tibetan Plateau and must take necessary measures to mitigate the impact of the new climatic reality. Beyond the numerous threats, the rising temperature and increased rainfall on the (once) arid plateau also has positive benefits that we must harness. An extensive tree plantation drive across Tibet is urgently needed to prevent further floods, landslides, desertification, and rising temperature.

China seemingly has taken few necessary steps as put forth by this author in previous papers, the response to natural disasters has been much faster in recent years and also has started construction of river embankments in many towns and villages.

But Beijing continues to sanction unregulated and excessive mining, damming, and construction activities in Tibetan areas.

In a road-building frenzy in Tibet in recent years, the Chinese government has dug through numerous mountain slopes with roads leading to no villages or towns, leaving behind a scathed landscape and disturbed ecosystem. Even the massive Bolo Landslide in 2018 was partly caused by excessive road construction on the mountain slope. There are numerous lithium mining sites around Rongdrak and other Tibetan areas in the region.

We are extremely worried that there could be more such floods and landslide in the coming days as raining season strengthens. 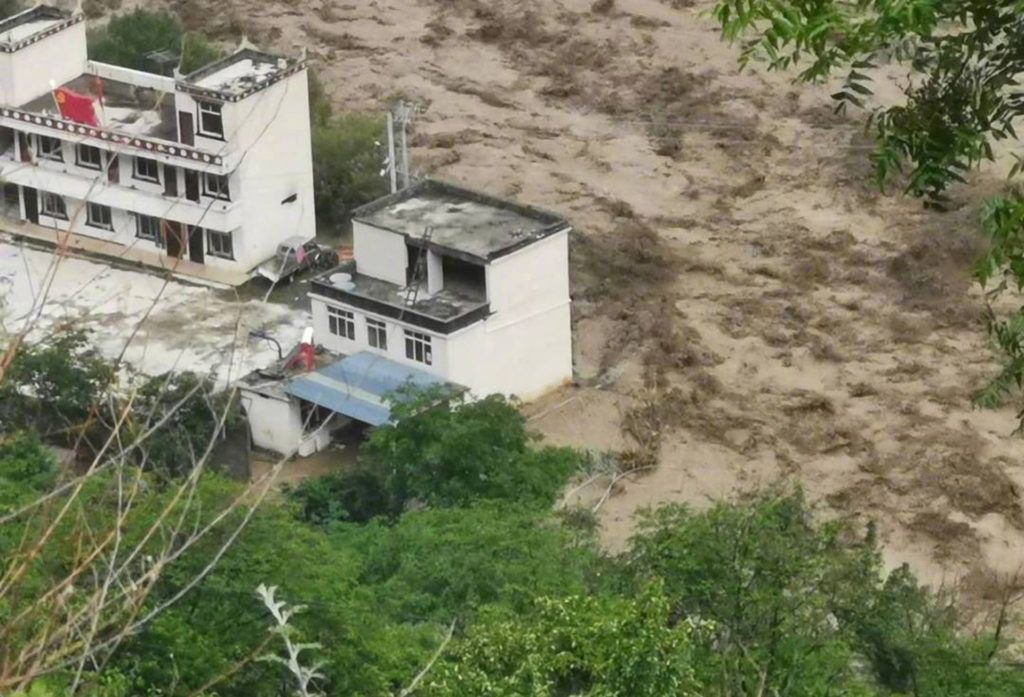