Flooded Tibet: struggling to adapt to the new reality 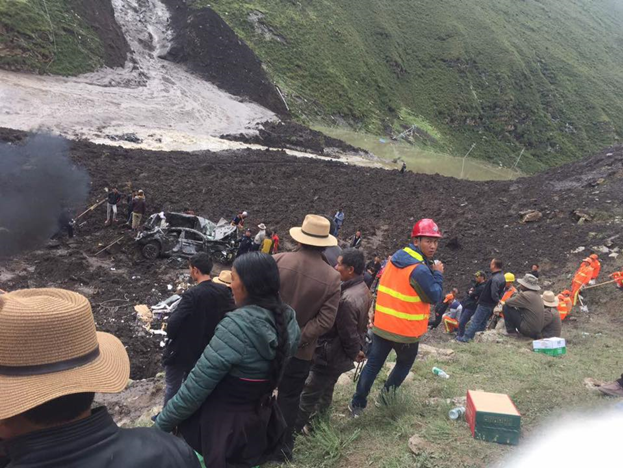 On 30 August 2017, a massive landslide buried nine people in Golok Machen region of north eastern Tibet. The horrifying disaster occurred in the early hours of the day (4:30am) while residents were still in bed. The day could have been, otherwise, a beautiful summer morning with nomadic melodies echoing across the valley as residents carry on their daily chores. But life on the Tibetan plateau is no longer the same. According to Science Daily (9 December 2016), climate change may now be affecting the once stable regions of the Tibetan Plateau.

The impact of climate change is evident with unprecedented number of natural disasters across the plateau since 2016, mostly floods and landslides due to torrential rainfall.

As such in 2016, an unusual glacial avalanche in (Aru) Ruthok County of Ngari killed nine people and buried more than 110 yaks. Mud floods and landslide in Labrang, Sangchu, Tsolho and other regions of Amdo injured more than 30 people and caused huge damage. Thus clearly signals drastic shift in the climatic pattern on the Tibetan Plateau.

The shift was apparent as 2017 saw simultaneous floods in many parts of parts of Kham in Tibet.

But the recent flood damages in Golok, Dege, Jomda, Sokzong and Rongdrak could have been avoided had the Chinese government proactively pursued a policy of safety first in any infrastructure development in Tibetan areas. The government has been forewarned of increasing natural disasters including landslides, torrential floods, snow disasters and forest fires in a 2015 scientific Assessment Report by the Institute of Tibetan Plateau Research under Chinese Academy of Science in Beijing. The question is, has the relevant governments taken any measures or framed any policy guidelines to face the new challenges.  Who should be accountable for the loss of life and damage to property? 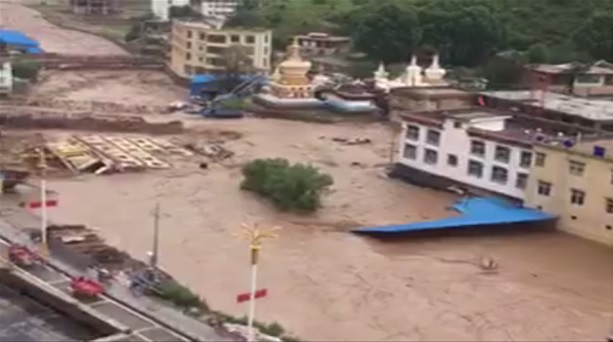 The plateau is witnessing a rapid rise in both temperature and precipitation in recent years. This inevitable change caused by climate change cannot be avoided but damages could be easily reduced if impact of climate change is taken into consideration while framing any development policies.

To frame any such policy, a thorough study should be done to understand the factors or the causes behind recent natural disasters in Tibet. So following are the few possible causes as per the understanding of this writer.

Climate change is certainly the primary cause for increasing natural disasters in Tibet. The plateau has been witnessing consecutive rise in both temperature and precipitation, especially in recent years. At 0.3–0.4°C per decade, the temperature rise on the Tibetan plateau is twice the global average. This has led to massive permafrost degradation in northern regions of Tibet, resulting in increased water flow as frozen grounds quickly melts and degrades into desert.

According to Inter-governmental Panel on Climate Change (IPCC), the temperature rise has also caused 82% of glacial on the Tibetan plateau to retreat in the past 50 years.  In many parts of Kham and Amdo, glacials are drastically retreating and mountain slopes are dangerously thawing. As mountain slopes thaw and frozen ground loosen, villages and towns located on hillsides and in narrow valleys are in constant danger from impending landslides.

The situation is further exacerbated by the increased rainfall, especially in the eastern regions of Tibet. This is evident from the Tibet Summer Climate Report (2016) which stated that Tibet experienced higher than average temperature and highest record of monthly total precipitation in the same historical period.

Rapid urbanization has led to land grab as most of the towns and cities in Tibet are located in narrow valleys with little space to extend in either direction. This has led to construction of high rise buildings and over congestion. According to a Chinese government report, the number of towns and cities in Tibet increased from 31 to140 between the years 1990 to 2013.  China has set target of reaching 60% urbanization by 2020 from its 56.1% in 2015. The so-called Tibet Autonomous Region plans to reach its urbanization rate at 30% by 2020 from its 25.7% in 2014. This is 0.4% faster than overall target rate pursued by the Chinese government.  The rush for urbanization is apparent with cluster of buildings coming up in every Tibetan towns and cities.

From the recent floods in Jomda and other Tibetan areas clearly demonstrated poor construction standard. Collapse of many of the buildings could have been avoided had they been built with better standard to withstand floods and earth quakes.

Most of the towns and cities in Tibet are located in narrow valleys along major rivers, such location are highly prone to floods and landslides. As these towns grow in size, homes cram up on the steep slopes or encroach into the river banks, thus exacerbating the situation to a point where even a small natural event could cause massive damage.

The summers are the best time of the year for Tibetans. People celebrate summer with festivals and picnics. Such a joyful occasion could turn into a nightmare if natural disasters continue to strike. Climate change is a global phenomenon but impacts vary from place to place. The magnitude of climate change related damages depend on how individual governments proactively pursue policies and take measures.  Adaption and Mitigation are the two universally accepted principal solutions in facing the new climatic reality. Lack of awareness weakens any effort in dealing with climate change; hence both the government official and general public should be educated on the possible impacts of climate change

The increased number of natural disasters occurred in the last two years were primarily due to climate change, but it was also partly due to rampant mining, rapid urbanization and irresponsible development works. Necessary mechanism to deal with natural disasters should be put in place for quick response.  A thorough post disaster assessment should be carried out to both understand the causes and to hold those responsible accountable.

For any future development policies in Tibet, impact of climate change and local socio-ecological conditions should be taken into consideration. 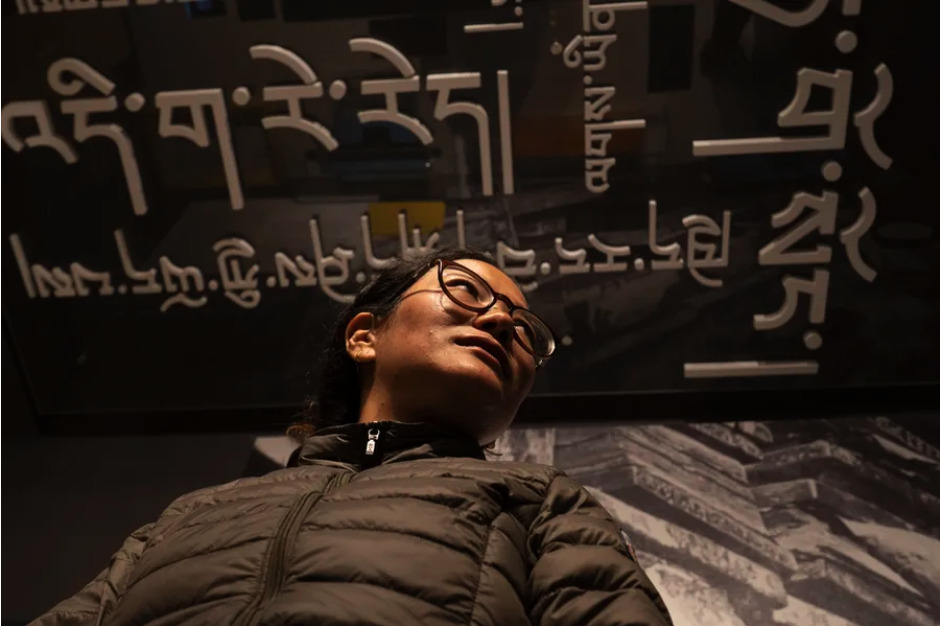 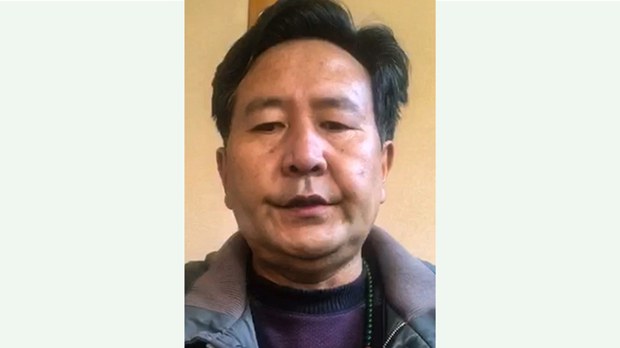 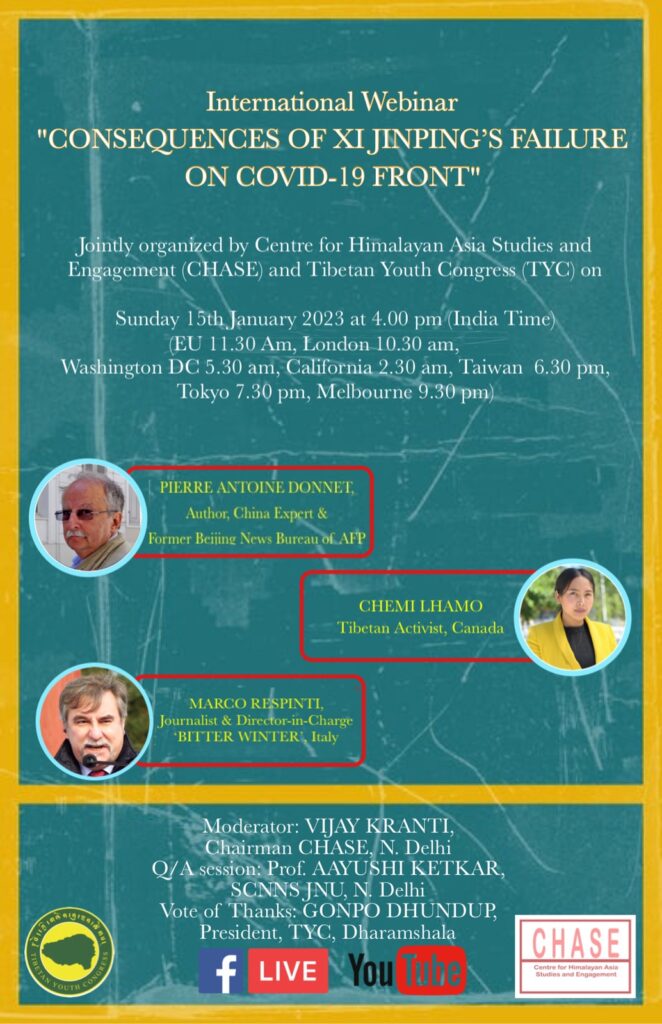