Resumption of Sino-Tibetan Dialogue is the Only Way Forward 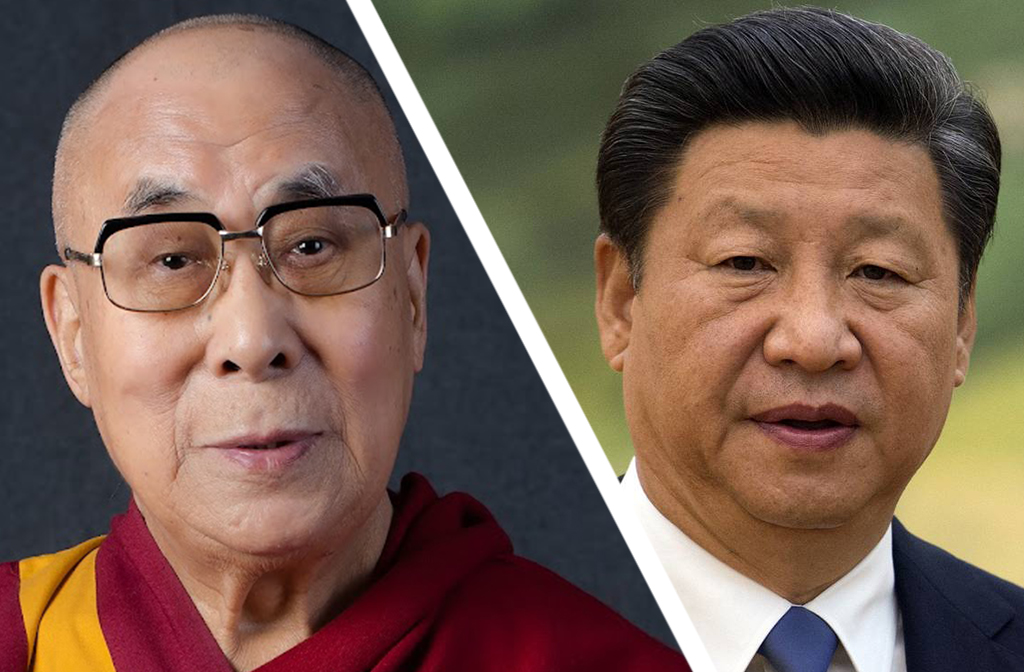 In the history of Sino-Tibetan relations, two treaties stand out for their significance. The first was signed in 821-22 CE between Tibetan emperor Ralpachan and the Tang emperor Muzong. This treaty demarcated the borders between the two countries and demonstrated Tibet’s military strength and independence. The other was signed by Tibetan delegates under duress with Chinese Communist representatives on 23 May 1951. This treaty signified Tibet’s loss of independence, and for the first time in its history, Tibet was forced to accept China’s sovereignty over it. These two treaties illustrate two distinctly different eras and outcomes for Tibet: one of independence and the other of invasion. China now claims that Tibet has been a part of China since antiquity and that the seventeen point agreement signified Tibet’s return to the motherland. However, the fact remains that Tibet had effectively been an independent state for the entirety of its long and glorious history. Tibetans take pride in their millennia-old ancestral culture and language, and possess a historical legacy of an efficient government capable of administering far-flung territories, their regional specificities and rivalries notwithstanding. It also had a functioning administrative system that meets the needs of the state such as an army (valiant although poorly equipped), a national flag, a national anthem, a national calendar, and a national currency. These are all the conventional criteria for assessing a state’s claim to an independent statehood which Tibet possessed up until the 1951 invasion.

Following the birth of the PRC in 1949, it has been China’s nation building strategy to incorporate territories that it claimed it inherited from the previous Qing and Nationalist governments. Since Tibet wasn’t under either the Qing or the Nationalist regime, Tibet proved a dilemma for China’s nation-builders as Tibetans have its own conception of history and identity. For that reason, although China won a decisive victory over the Tibetan army in the battle of Chamdo, it adopted a functionalist approach to facilitate Tibet’s integration. Notably, this approach in the form of the seventeen point agreement was the only treaty that China signed with an ethnic group that it claimed sovereignty over. Given the authoritarian streak of the Communist party, this agreement has struck a few conciliatory notes as evidenced from the points stipulated in the agreement such as regional autonomy, greater respect to Tibet’s unique traditions and forms of governance, etc. Such conciliations were unheard of and unprecedented at the time in any other part of China. However, for China, the most significant objective of the agreement was to make the Tibetans accept for the first time in its long history that Tibet had effectively become a part of China in an official document. It was hoped that with this conciliatory approach, China could gradually build trust among the Tibetan elites, nurture patriotism among the masses for China and eventually facilitate complete integration of Tibet into the Chinese nation. As a believer in peace and non-violence, the Tibetan government of the time led by His Holiness the 14th Dalai Lama also made earnest efforts to co-exist harmoniously with the Chinese in abidance with the agreement. However, it was not to be so.

In March 1959, China violently attacked Tibet to quell a peaceful uprising against the Chinese military’s increasing brutality. With this attack, the seventeen point agreement was effectively killed as China violated the points stipulated in the agreement. The agreement died again when Tibetans led by His Holiness the Dalai Lama repudiated the agreement as invalid from exile in India. From that perspective, China’s glorification and revival of a dead agreement as liberation and formal integration of Tibet into China is not only misleading but also misrepresents the trajectory of modern Tibetan history.

This year’s 70th anniversary celebration of the agreement was also accompanied by China’s usual propaganda rhetoric such as rapid economic development and social harmony. The reality however is far from the truth. China’s so-called development in Tibet in the last 70 years is not even a fraction of the development that other parts of China has seen. There exists a huge economic divide between China’s western frontiers and its eastern coastal regions. Moreover, the beneficiaries of the state-led development programs have disproportionately been Chinese migrants rather than Tibetans. Instead of social harmony, the forced integration of Tibet have only resulted in stiff and enduring resistance from the people against Chinese rule. Decades have gone by and Tibet still remains one of the hotbeds of active resistance against Chinese rule. The 155 Tibetan self-immolation protests and the deep seated resentment against the Chinese government is a testament to the fact that China’s policies in Tibet have been a screaming disaster. The little development and economic aid that China has brought in Tibet, it has been offset by the brutal policies that China has practiced in Tibet to annihilate Tibetan religion, culture, identity, and freedom. Whatever China gave with one hand, it took it away with the other hand which only led to growing disenchantment among the Tibetan public with the Chinese leadership.

Despite Tibet’s right to complete statehood given its historical independence and the invalidity of the seventeen point agreement, the Tibetan people now pursues a Middle Way Approach envisioned by His Holiness the Dalai Lama and proposed by the Central Tibetan Administration. It seeks genuine autonomy for all three provinces of Tibet under a single Tibetan administration within the Chinese state. However, China has labelled Tibetans seeking genuine autonomy as ‘splittists’ and arrested them irrespective of the fact that Middle Way Approach doesn’t challenge China’s territorial integrity.

These prove that China’s claims of Tibet’s harmonious integration into the Chinese motherland is nothing but a sham political rhetoric. It only wants to control Tibet in pursuit of its narrow geopolitical and security interests without addressing the genuine aspirations of the Tibetan people. China should stop blowing hot air into its so-called liberation of Tibet but rather make fervent efforts to resume the stalled Sino-Tibetan dialogue with Tibetan representatives. The only way forward in the resolution of the Sino-Tibetan conflict is through resumption of the stalled dialogue process.