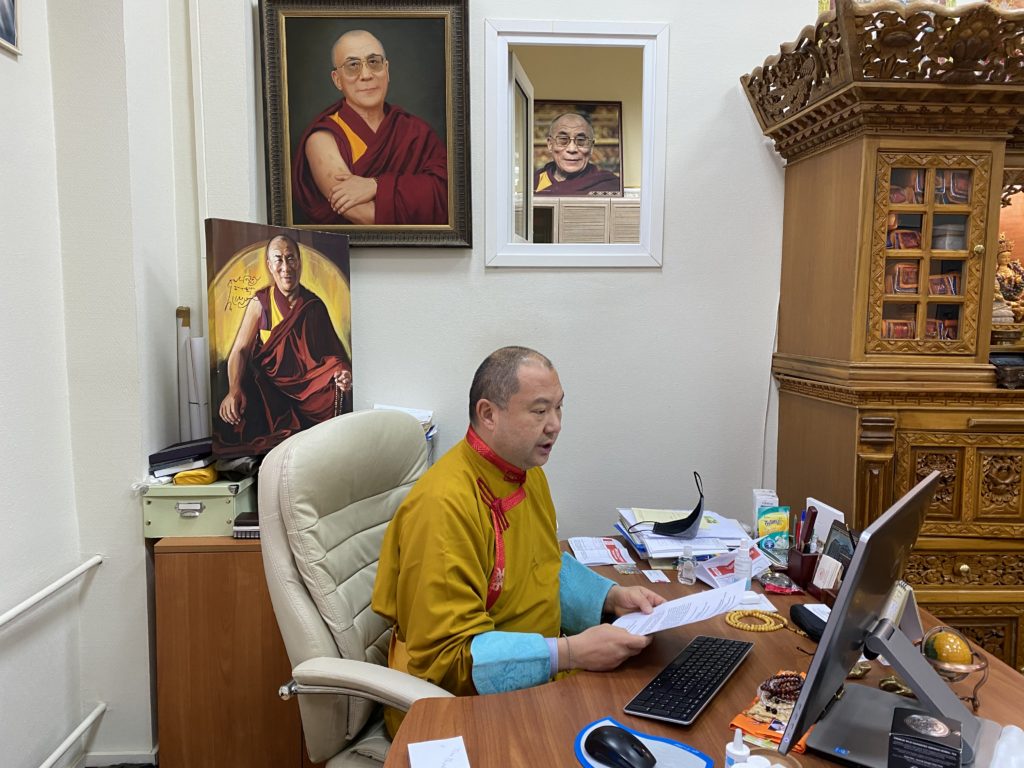 Moscow, Dec 15th: A online round table conference on ‘Dialogue of Religions in Modern World’ was co-organized by the Diplomatic Academy of the Ministry of Foreign affairs of the Russian Federation, the Institute for the Academic Study of Eastern Christianity (INaSEC) at FRT (Faculty of Religion and Theology) of the Vrije University, Amsterdam, and the Russian Christian Orthodox University in the name of Saint John Divine.

Representatives of various religious traditions such as Orthodox, Catholic, Protestant Christians, Judaism, Islam, and Buddhists were invited to participant and give presentations on various topics ranging from this year’s Covid-19 pandemic, attitude from Christian perspective toward the Pandemic, Islam’s mission & Harmonizing with world religious. The afternoon session was mainly young scholars who presented their research papers that covered a wide range of history, comparing similarity among Buddhist and Christianity and so on.

On behalf of the Buddhists, Honorary Representative Telo Tulku Rinpoche was invited to give a presentation on the topic of “International Harmony & Concord in Modern World”. Telo Tulku Rinpoche gave a detailed presentation on His Holiness the Dalai Lama’s four principal commitments particularly Promotion of Human Values, Inter-religious harmony. “His Holiness the Dalai Lama had contributed tirelessly by traveling the world to promote the importance of Religious harmony which is one of the main topics today gathering. Present here today there are important figures from various religious traditions. Despite our philosophical differences, we all promote and propagate the same message of Love, Kindness, and compassion. H.H. the Dalai Lama is a Nobel peace Laurate and whomever he meets whether it is official, personal, or publicly, he shares with everyone the universal message of love”, said Telo Tulku Rinpoche.

“Promotion of Human values is more vital in todays time where we are so overwhelmed with such negative information and the impact of the incidents we hear or read daily can have a negative impact. To overcome or elevate from such sadness and move forward towards development whether its political, economic, or spiritual, only the concept of compassion, Love, kindness, and unity can solve the challenges we face in modern times. I pray for all our brothers and sisters regardless of which tradition we label ourselves and at the same time I seek everyone’s prayers for the people of Tibet who continue to struggle under the harsh regime of the People Republic of China.”