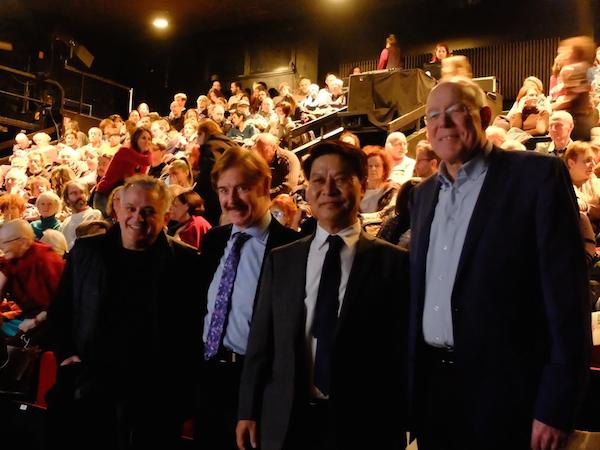 BRUSSELS: The Kagyu Samye Dzong Centre in Brussels, Belgium celebrated its 40th Anniversary on Saturday – the second day of Losar on 17 February 2018. The Chief Guest was Mr Charles Pique, the Mayor of Saint Gilles commune and President of the Brussels Parliament. Mr Tashi Phuntsok, Representative of His Holiness the Dalai Lama to the EU and Western Europe was the other honoured guest.

The function was held at the Centre Culturel Jacques Franck, Saint Gilles. Mr Carlo Luyckx, the Managing Director of the Centre made the introductory speech. He recalled his association with Akong Rinpoche, describing at the same time the stages of the founding of the Centre. The Mayor expressed his pleasure to be at the anniversary and described his long association with the Centre and indeed with Mr Luyckx, who is incidentally the Ombudsman of the Commune as well. Mr Pique recalled also his meetings with His Holiness the Dalai Lama – thrice – last being in September 2016 in Brussels. He enumerated briefly the principles of Buddhism.

The main event of the anniversary was the screening of the film “Akong, a Remarkable Life”. The one and half hour long documentary featured the life-story of Akong Rinpoche – from his life in Drolma Lhakang Monastery in Kham, to Trungpa Rinpoche and his escape from Tibet to India eventually arriving in England under the pioneering stewardship of Farida Bedi. Akong Rinpoche built Samye Ling in Scotland. Later he started Rokpa International with major humanitarian projects, including in Tibet. Unfortunately he was killed in 2013 in Chengdu, China.

The film has received several awards and this was the first screening in Belgium. Its Director Chico Dall’Inha answered to the questions from the audience, comprising of over 300 people. The celebrations then moved down to the foyer of the hall. Snacks and drinks were served. The Library of the Centre showcased Tibetan handicrafts and books on Buddhism for sale.

It may be mentioned here that the Representative had long association with Samye Dzong in Johannesburg, South Africa. He organised the visit of His Holiness the Dalai Lama to the Centre in 1996. He also met with Akong Rinpoche during one of the visits to Johannesburg by the latter. The Bureau du Tibet, Brussels has close ties with the Centre here. Mr Luyckx is one of the board members of the Office and also the point man in Saint Gilles commune. For most of the Representatives and staff of the Office have been residing in this commune. 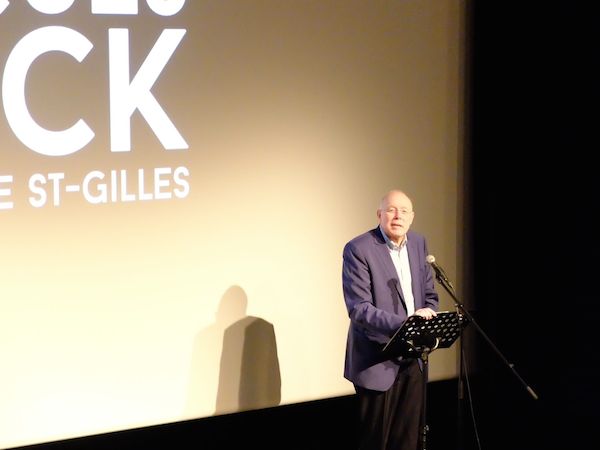 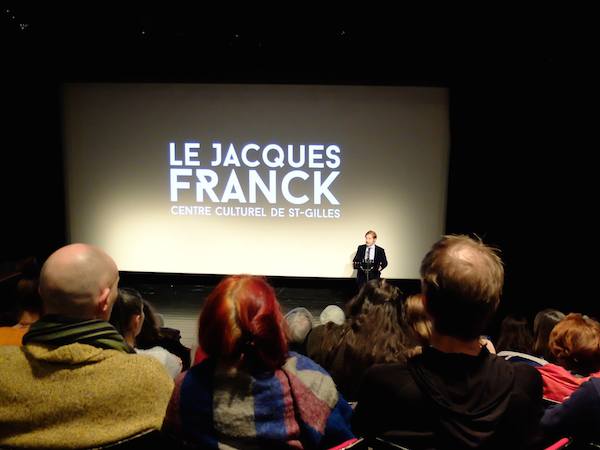 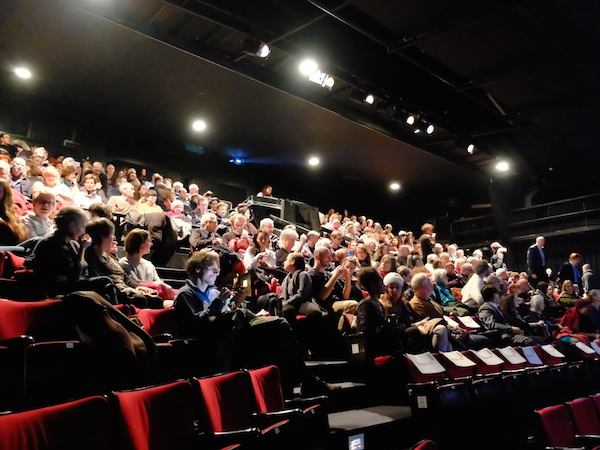 A section of the audience at the celebration.