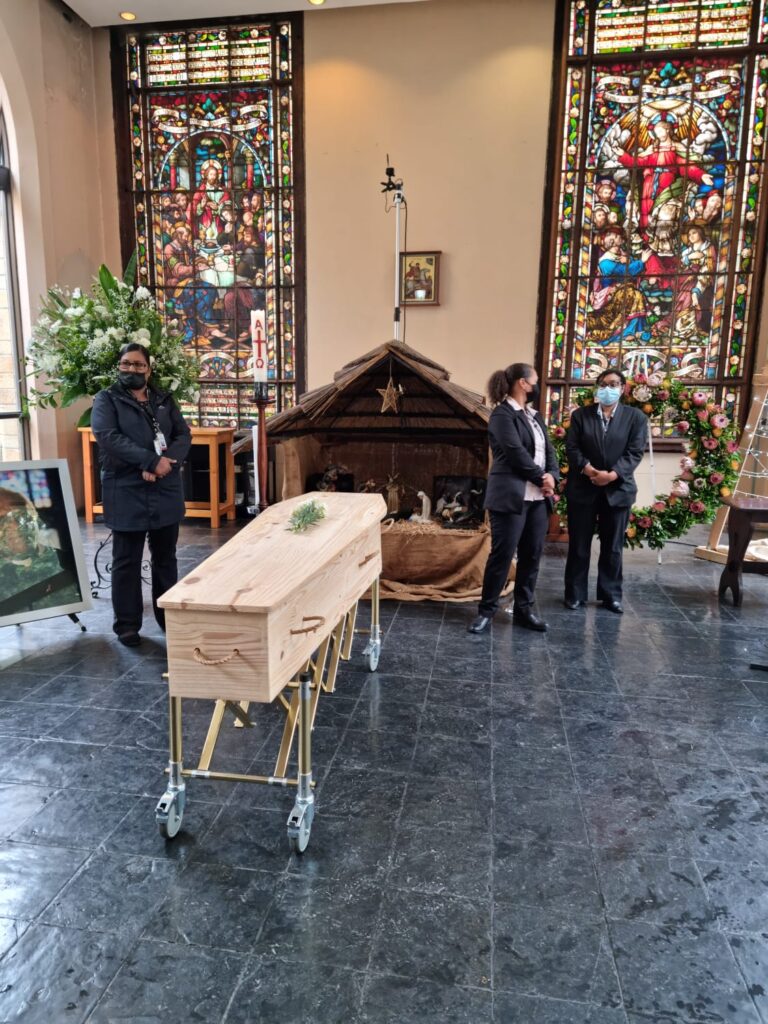 Cape Town: Representative Ngodup Dorjee of the Office of Tibet in South Africa was among the 120 attendees who attended the funeral service of Archbishop Desmond held on Saturday, 1 January 2022 at St. George cathedral in Cape Town.

It was a solemn and sober ceremony lasting more than two and half hours and was presided over by the most Rev Dr Thabo Makgoba, the Archbishop of Cape Town. It was a Church led government funeral service in recognition of the Archbishop Desmond Tutu’s significant role in the Democratic transformation of South Africa.

The service attended by his closest family members and friends also hosted dignitaries including the President Cyril Ramaphosa and many Ministers and government officials, of not more than 120 attendees.

Representative Ngodup also met the CEO of the Desmond Tutu Foundation and talked about future collaboration. He also met numbers of dignitaries and clergy officials and all of whom expressed their deep admiration for the unique spiritual friendship between Archbishop Desmond Tutu and His Holiness the Dalai Lama while expressing the desire to have His Holiness the Dalai Lama at the funeral if it wasn’t for the constraints of international travels imposed by the COVID pandemic. 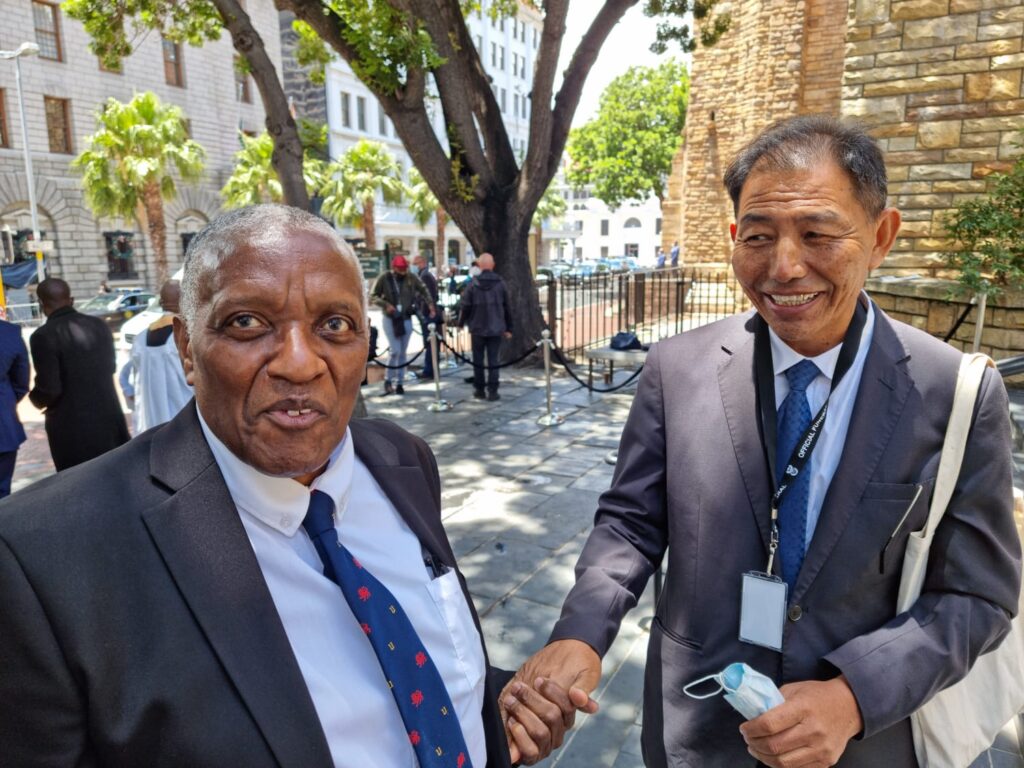 Representative Ngodup Dorjee with Trevor Tutu, the eldest son of the Archbishop. 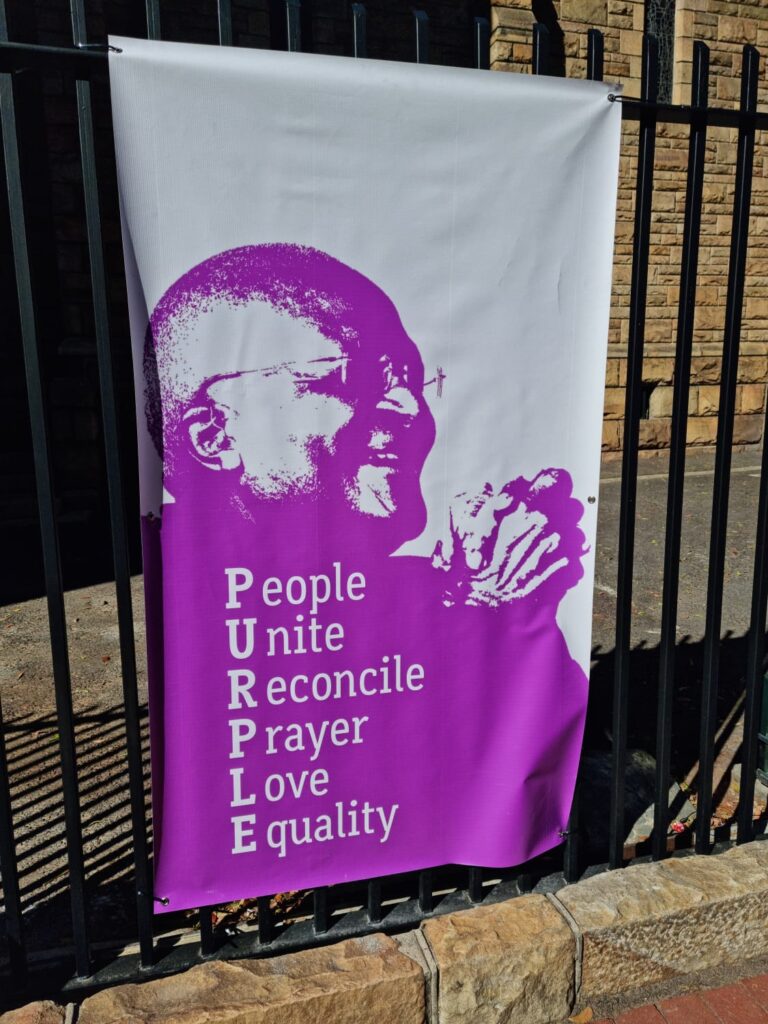 Purple banner of the Archbishop in his tribute in Capetown. 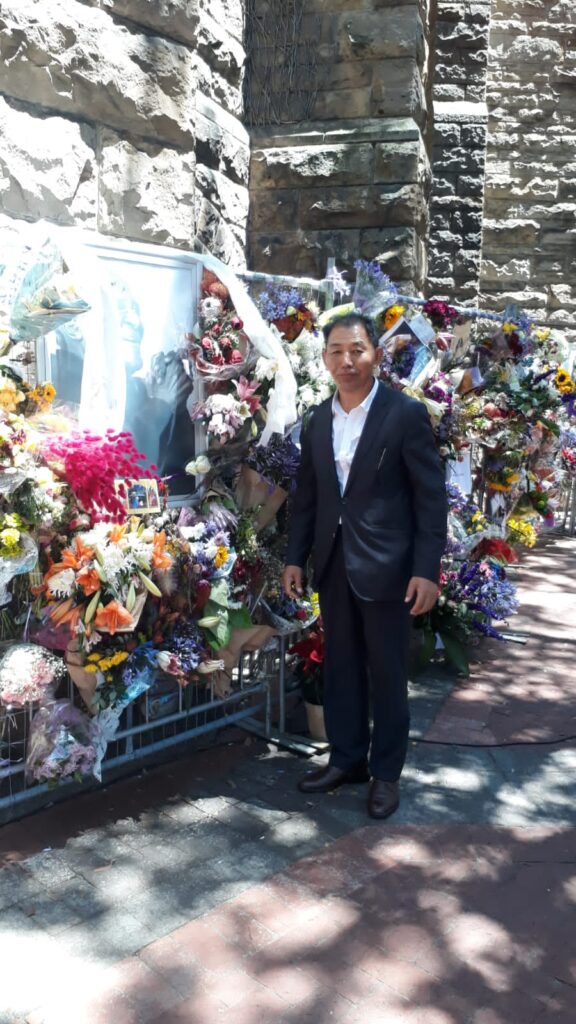