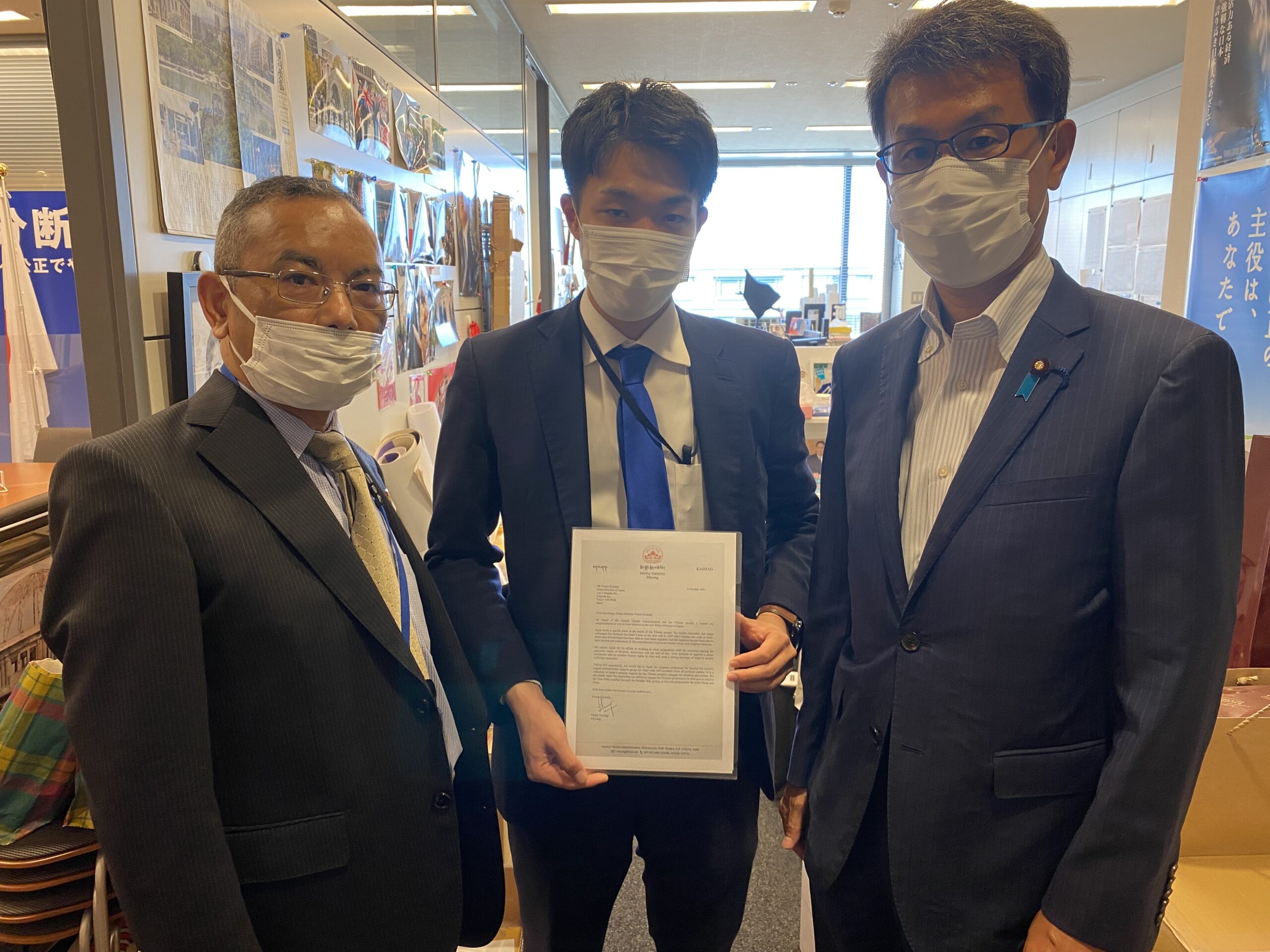 Sikyong Penpa Tsering has, in his message, said, “I extend my congratulations to you on your election as the new Prime Minister of Japan. Japan holds a special place in the hearts of the Tibetan people. We fondly remember that Japan welcomed His Holiness the Dalai Lama on his first foreign visit in 1967 since coming into exile.”

Sikyong expressed his appreciation to Prime Minister Kishida’s promise to appoint an aide to monitor human rights issues in Asia and thanked the Japanese government and people for hosting the largest parliamentarians’ support group for Tibet.

Dr. Arya handed over the Sikyong’s letter with Japanese translation, and CV of Sikyong Penpa Tsering. He also submitted books on Tibet for Prime Minister’s reference.

Filed by the Office of Tibet, Japan 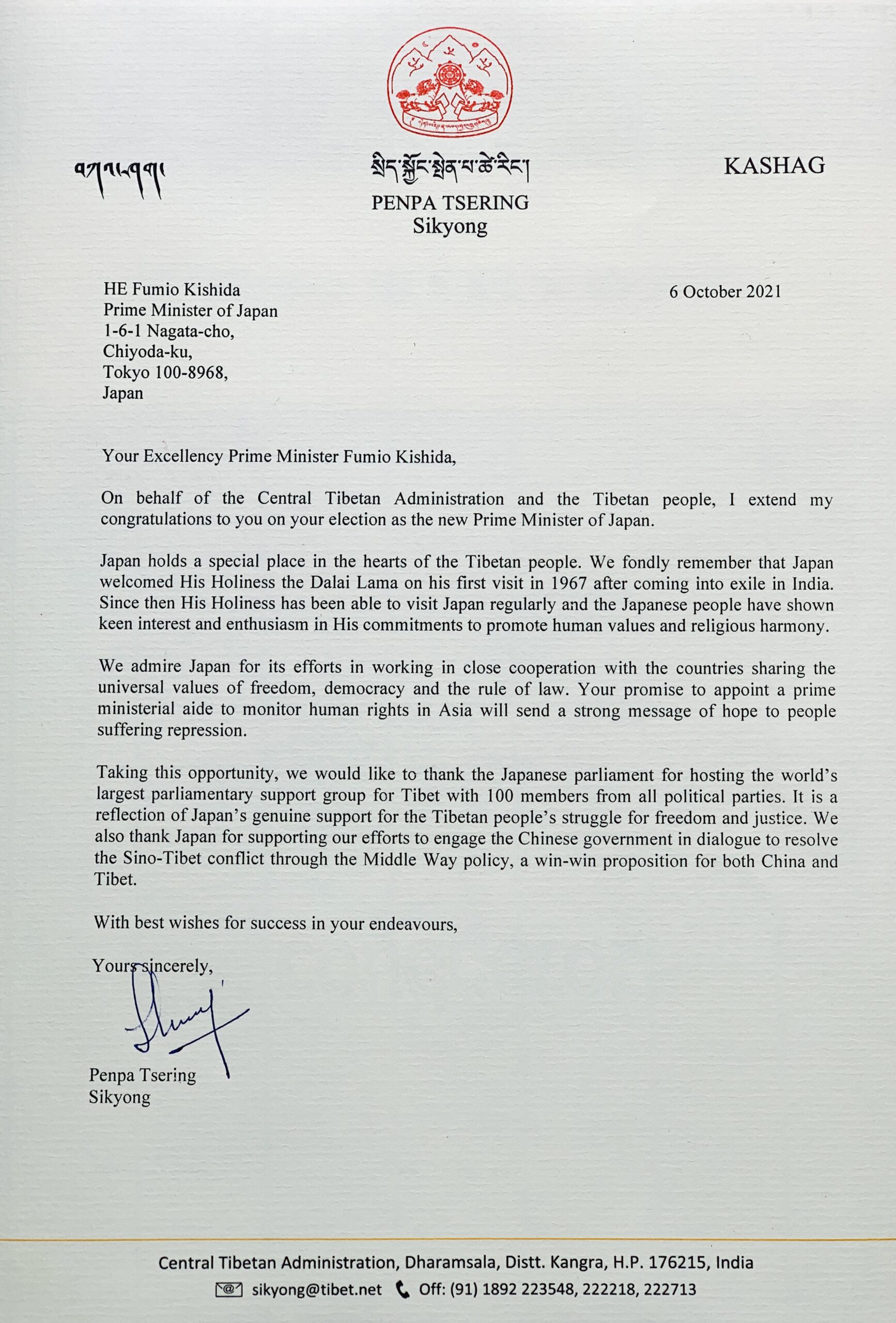