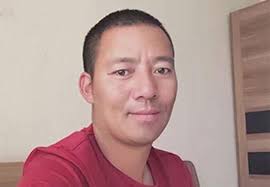 DHARAMSHALA: Renowned Tibetan spiritual teacher Khenpo Kartse has been released from prison after serving two and a half years sentence in secret trial by a Chinese court.

Kartse is an abbot of Japa Monastery in Nangchen county, Yushul Tibetan Autonomous Prefecture, incorporated into China’s Sichuan Province. He was arrested during a night raid in Chengdu, the capital of Sichuan province, on 6 December 2013. He was in the city for some work related to the monastery at the time.

Khenpo Kartse was charged at first for allegedly “harming state security” by the Chinese authorities. He was later falsely accused of harbouring another Tibetan monk — allegedly involved in an “unlawful” incident.

On 4 June 2016, Khenpo was released from Chengdu prison. Sources have confirmed that Khenpo has not yet been allowed to return to his monastery and his current health condition remains unknown.

The Tibetan religious figure has been an active member in relief efforts during the devastating Yushul earthquake in April 2010. He is widely known for his work in protecting and promoting Tibetan language, culture, and religion. Thousands of Tibetans have rallied for his release at the time of his detention.