President Dr. Sangay honoured by the Tibetan community of Austria 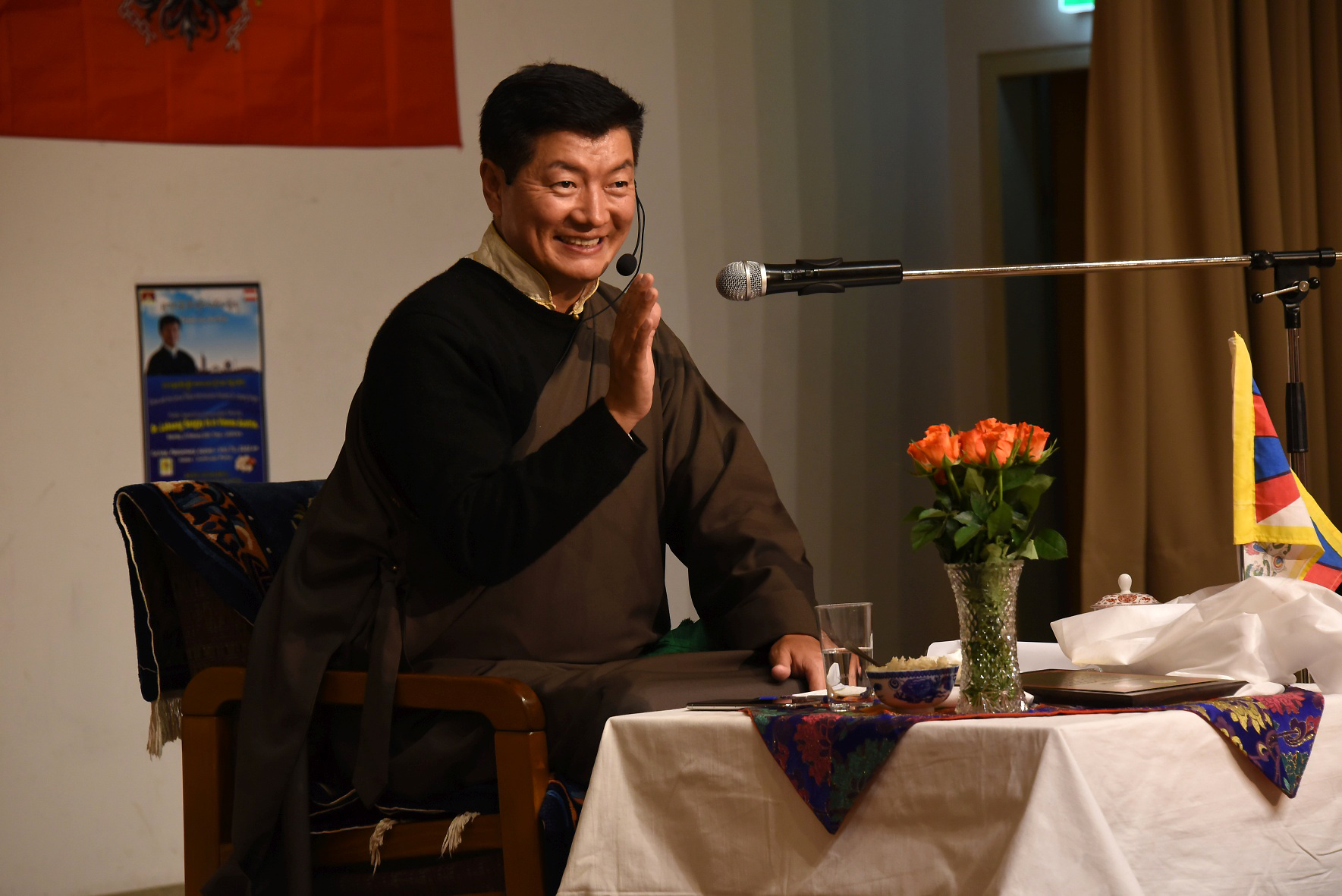 President Dr Lobsang Sangay speaking at the welcome reception organised by the Tibetan community of Austria in his honour.

Vienna: The Tibetan Community of Austria organized a rousing welcome reception to the President of the Central Tibetan Administration Dr Lobsang Sangay today at Vienna.

While honouring the President, the Tibetan community noted his achievements including implementing welfare policies like Tibetan Medical Services, many new education scholarships, documenting Tibetan settlements in India, financial assistance to Tibetan settlements including various schemes for self-sustainability of Tibetans especially the youth, assistance to newly-arrived Tibetans from Tibet, formulation and implementation of five-fifty policy for resolving the issue of Tibet and such many other milestones achieved by President Dr Lobsang Sangay in his two-terms.

Accepting the honour, President Dr Sangay in his keynote address thanked the Tibetan Community for their contribution towards preserving the Tibetan culture and working for the cause of Tibet in Austria.

Reminiscing the last eight to nine years in office, President Dr Sangay said, “Tibetans-in-exile elected me to the office of President and I have dedicated the last eight to nine years to the cause of Tibet in service of His Holiness the Dalai Lama and the Tibetan community. It is because of the blessings of His Holiness and my parents, and the well wishes of all Tibetans that I carried out the tasks in the best of health and efforts. So Thank you for your prayers and wishes.”

Highlighting the need for global support for Tibet, President Dr Sangay briefed the audience about advocacy efforts for Tibet Policy Amendment Bill being discussed in the US Congress. He further emphasized that “Tibetans in Tibet are suffering and we Tibetans who are in the free world should step up our responsibilities towards the cause of Tibet. Every contribution matters. Tibetans should come out of their wells and become aware of the global dynamics to enhance the international support for Tibet.”

He also thanked the Tibet Support Groups and the international community for their constant support to Tibet and Tibetans which has propelled the Tibetans to be one of the most successful refugee community in the world.

Representative Chhimey Rigzen from Tibet Bureau Geneva, in his address, heralded the work of President Dr Sangay and also asked the Tibetan community of Austria to continue their efforts towards promotion and preservation of Tibetan culture in Austria. President of the Tibetan Community in Austria Tsering Namgyal thanked President Dr Sangay for accepting their invitation to visit Vienna. Kathrin Mullner, President of Save Tibet and her colleagues also attended the reception. Around 300 Tibetans and Austrians attended the welcome reception. 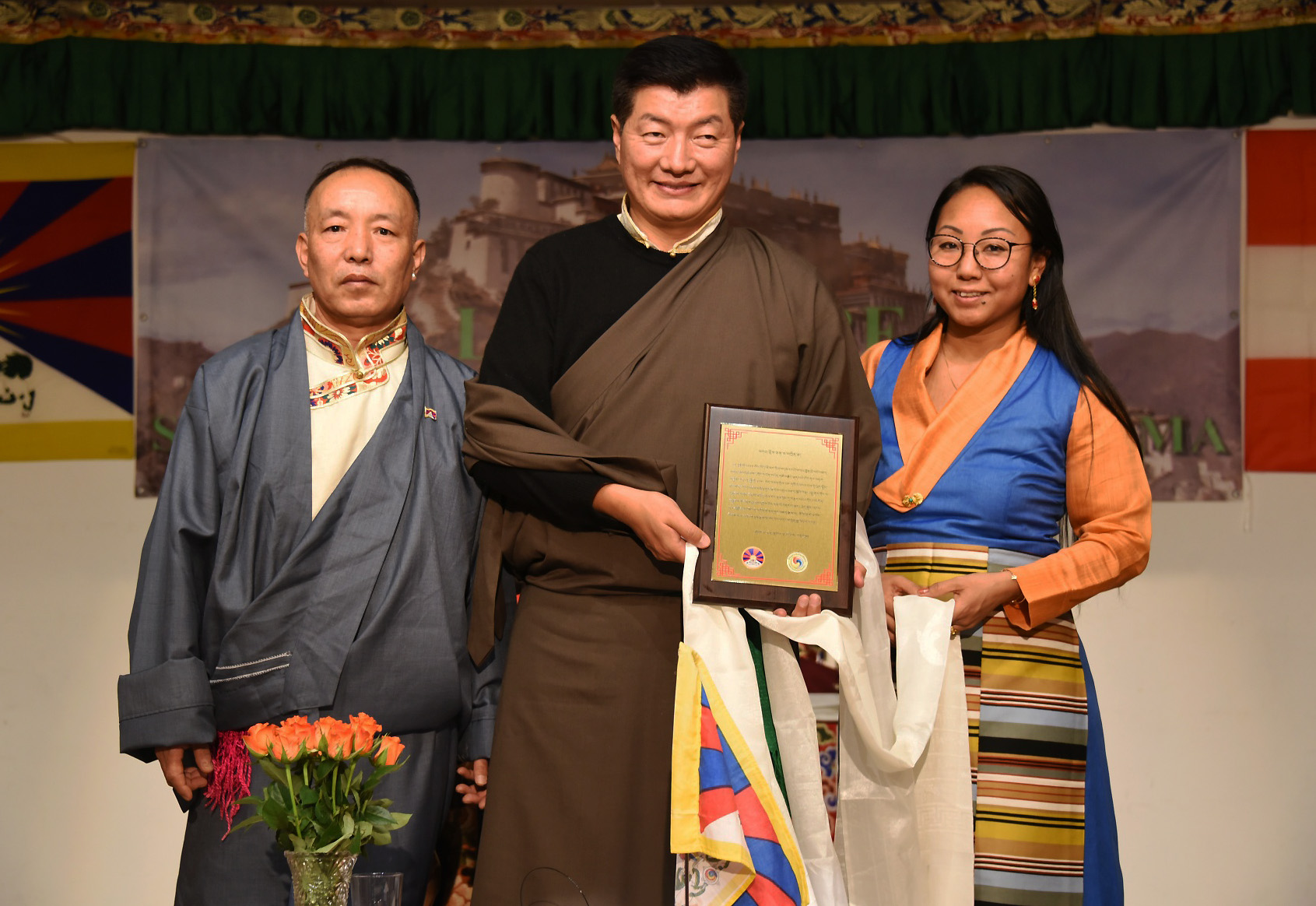 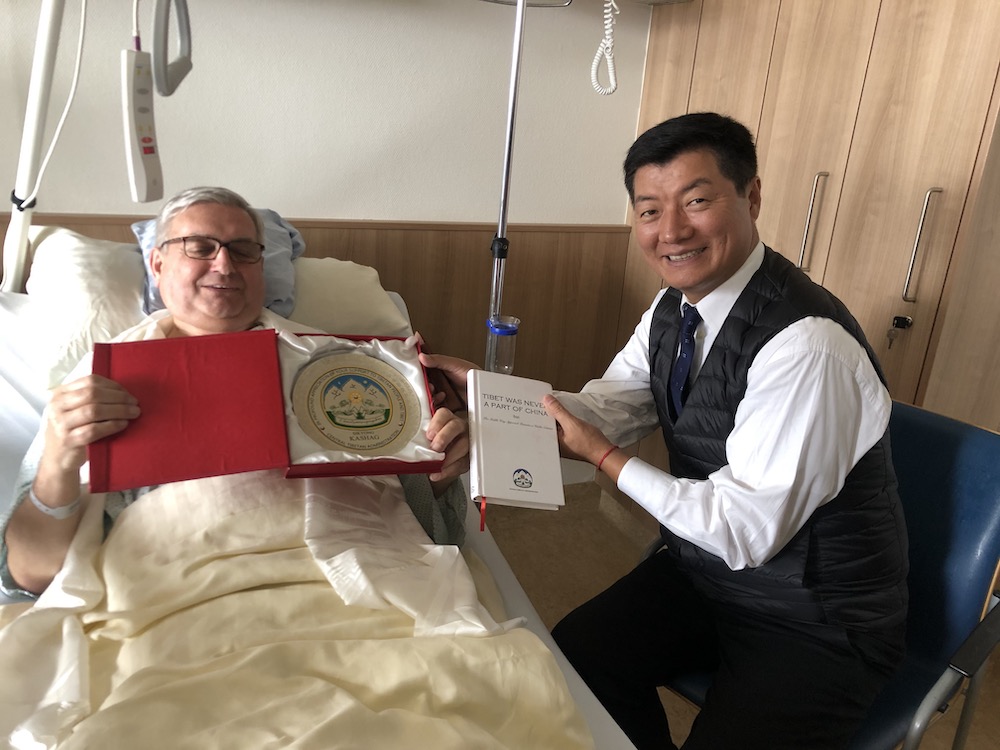 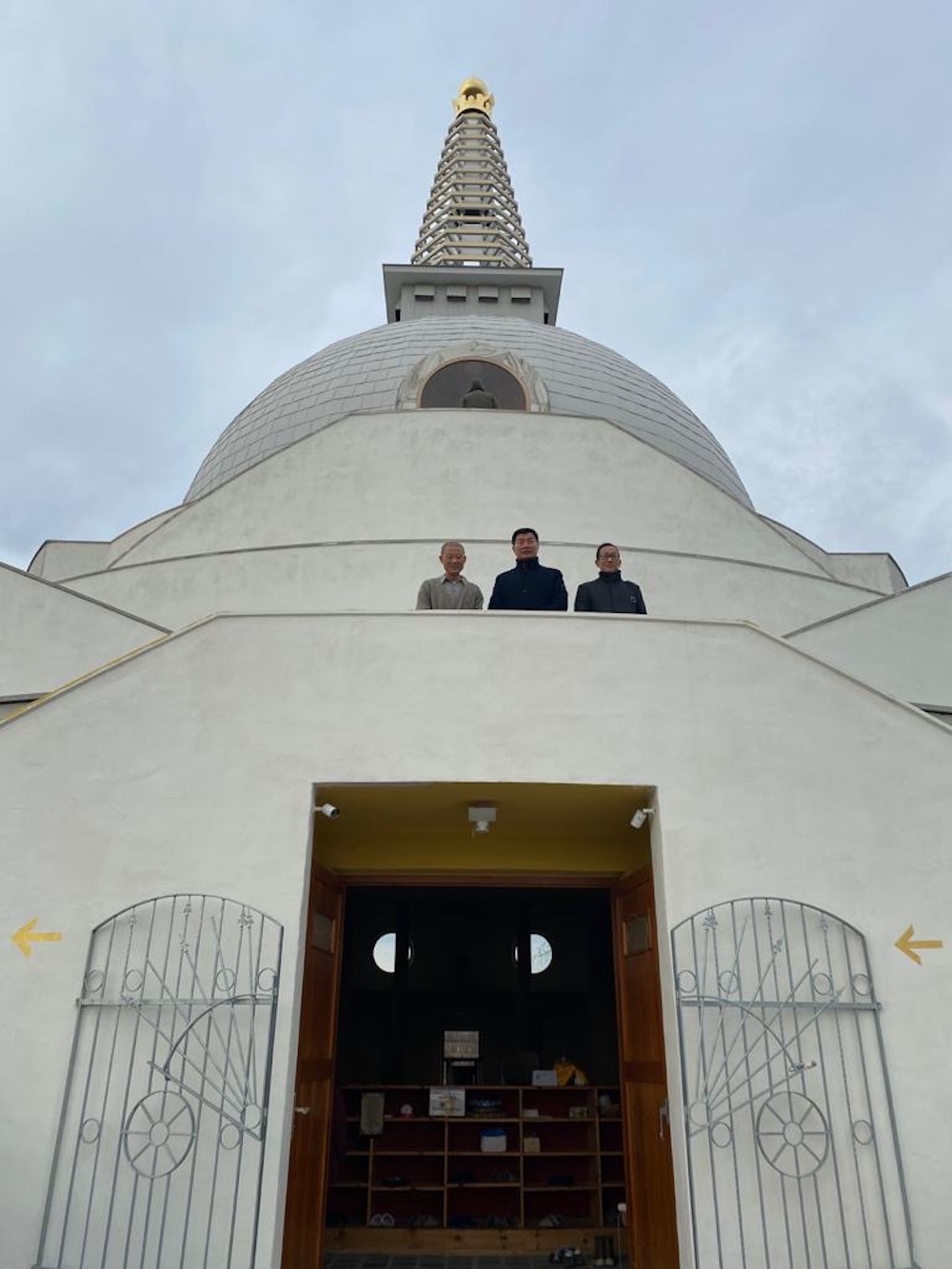 President Dr Sangay and Representative Chhimey Rigzen at a stupa being constructed by Ven. Sumin and the stupa management team. 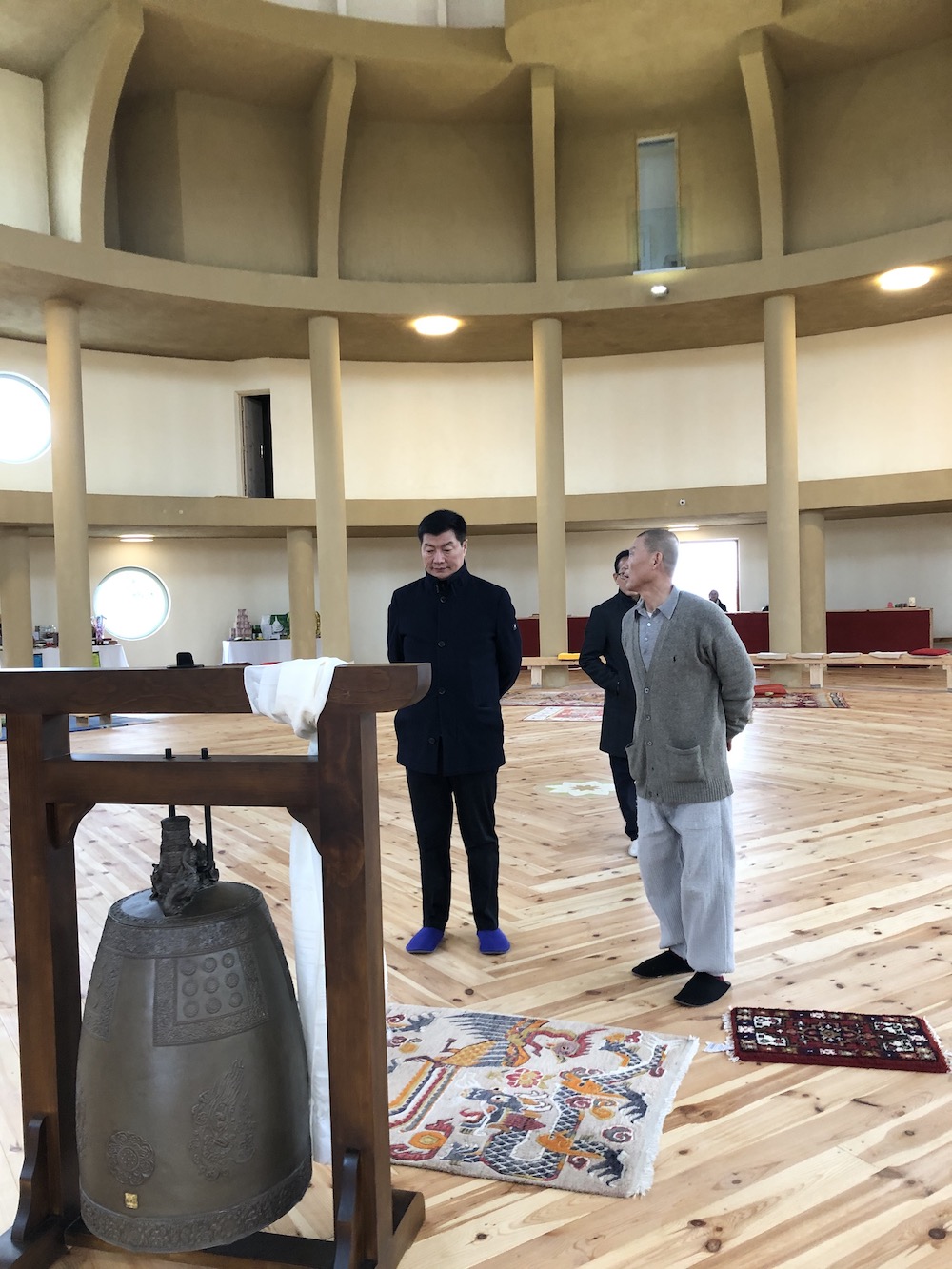 President Dr Sangay visits a stupa being constructed by Ven. Sumin and the stupa management team.