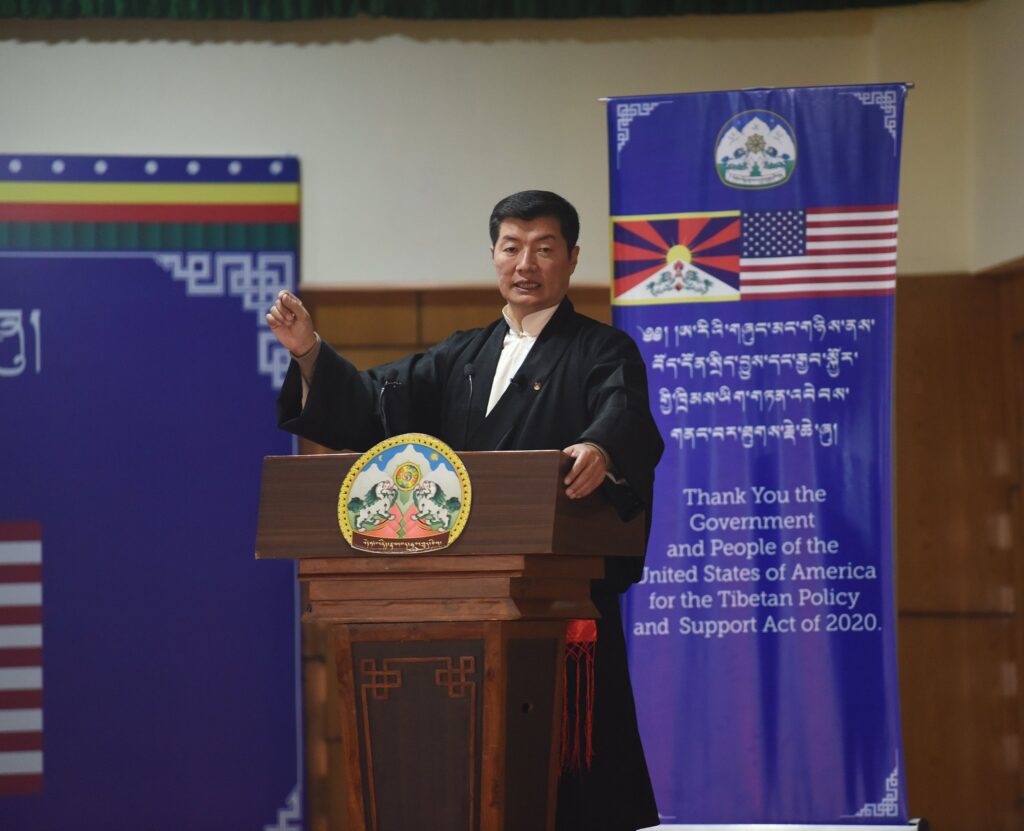 Dharamshala: Earlier today, the President of Central Tibetan Administration (CTA), Sikyong Dr Lobsang Sangay convened a gathering of CTA officials including the heads of the three pillars of Tibetan democracy: Chief Justice Commissioner, Speaker of the Tibetan Parliament-in-Exile, Deputy Speaker of Tibetan parliament-in-Exile, Justice Commissioners, Kalons; heads of autonomous bodies, Members of Tibetan Parliament, Secretaries, Additional Secretaries and Joint Secretaries to brief a seminar on the legislative milestones in the passage of the landmark Tibetan Policy and Support Act and the build-up to the historic moment when the bill was signed into law by the US President Donald Trump.

In September and November, President Dr Sangay left for the US with the sole purpose to lobby the US Congress to push the bill which had been stuck at the United States Senate Foreign Relations Committee since May 2020. After much deliberation and effort, the bipartisan bill was unanimously passed by the US Congress on 21 December 2020.

Built on the historic Tibet Policy Act of 2002, the bipartisan supported Tibetan Policy and Support Act of 2020 reaffirms the rights of Tibetans to choose a successor to their spiritual leader His Holiness the Dalai Lama, sending a clear message that Chinese officials who interfere in the succession or reincarnation process will be subject to targeted financial, economic, and visa-related sanctions, including those contained in the Global Magnitsky Act.

The Act commends His Holiness the Dalai Lama for his decision to implement democratic governance and also commends the Tibetan exile community for successfully adopting a system of self-governance with democratic institutions to choose their leaders.

Another historic development in the bill is the formal acknowledgement of the CTA as the legitimate representative reflecting the aspirations of Tibetan people around the world. TPSA explicitly states “…as of the date of the enactment of this Act, the Central Tibetan Administration is the institution that represents and reflects, to the greatest extent, the aspirations of the Tibetan diaspora around the world, and the Sikyong is the President of the Central Tibetan Administration.”

Less than a week after the unanimous passage of the bill by Congress, US President Donald Trump signed the Tibetan Policy and Support Act of 2020 into law, a historic move that forged a new era in the US Tibet policy. Read more about the bill here.

Most importantly, as President Dr Sangay noted, the enactment of the Tibetan Policy and Support Act of 2020 amid the alarming situation inside Tibet sends a powerful message of hope and justice to the six million Tibetans inside Tibet like never before.

Military drill in Tibet’s capital Lhasa days after the US enacted the TPSA bill was indicative of the fact that the message of the bill was heard loud and clear by the top echelons of China.

“The Tibetan Policy and Support Act of 2020 is a tribute to the great legacy of His Holiness the Dalai Lama and to the courage and solidarity of six million Tibetans inside Tibet. We have been pushing for this for the last few years. This historic win for Tibet and the Tibetan people wouldn’t have been possible without the steadfast support and contribution of key sponsors, co-sponsors and everyone who has been in this journey throughout and beyond”, said Dr Lobsang Sangay and went on to list the names of the individual who has helped turn the vision into a reality.

President Dr Sangay also acknowledges the ICT, RTYC, SFT, Tibetan-American associations, particularly in New York and New Jersey, and all community members who vigorously lobbied on the Hill to gain support for the bill over the years. 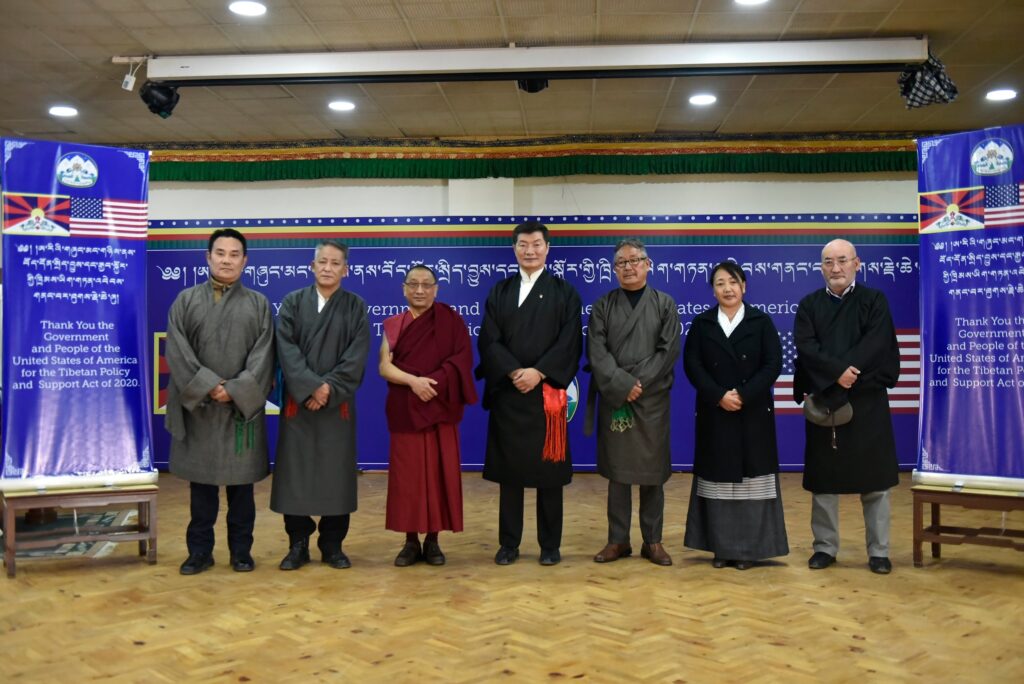 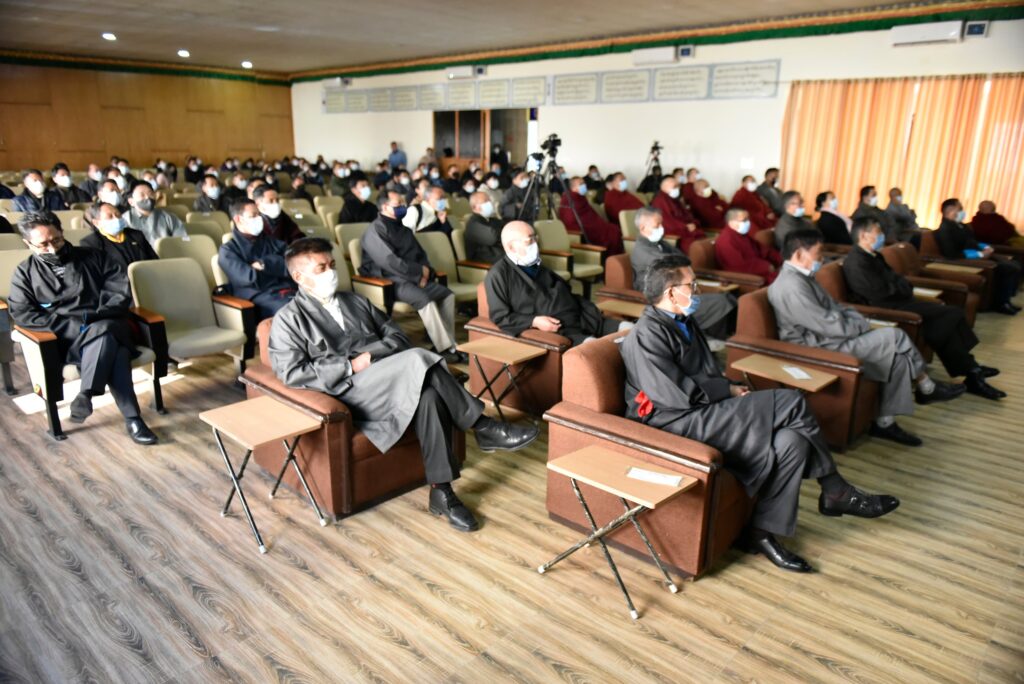 Kalons, members of TPiE, Secretaries and Deputy Secretaries of CTA at the presentation seminar on TPSA 2020 hosted by President Dr Sangay. Photo/Tenzin Jigme/CTA 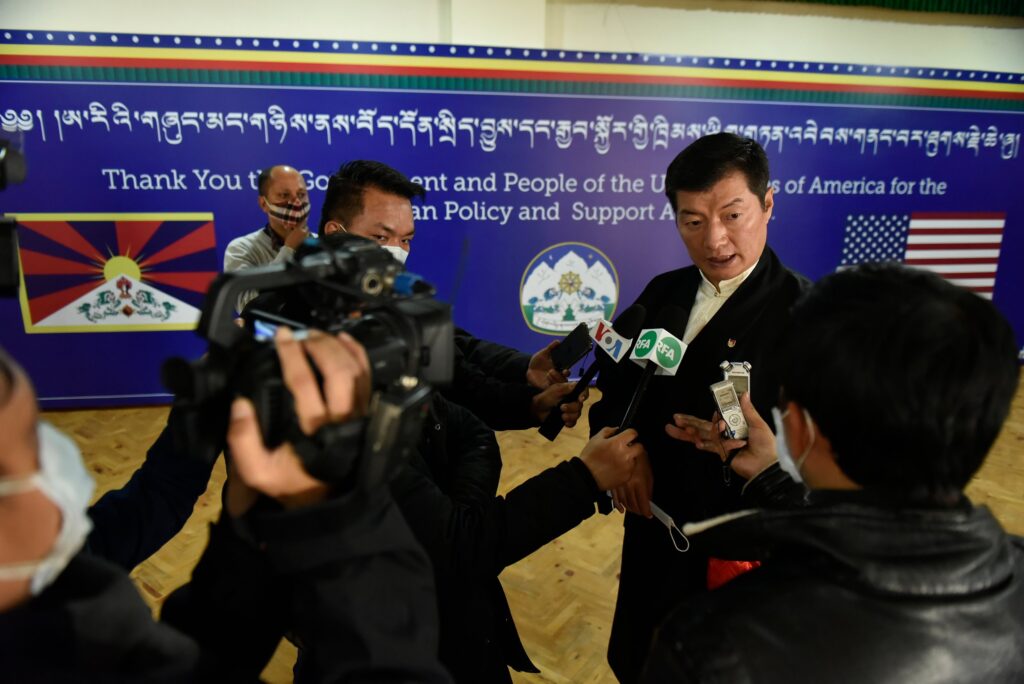