Political empires are bound to change, Truth of the Tibetan cause will prevail: President Sangay 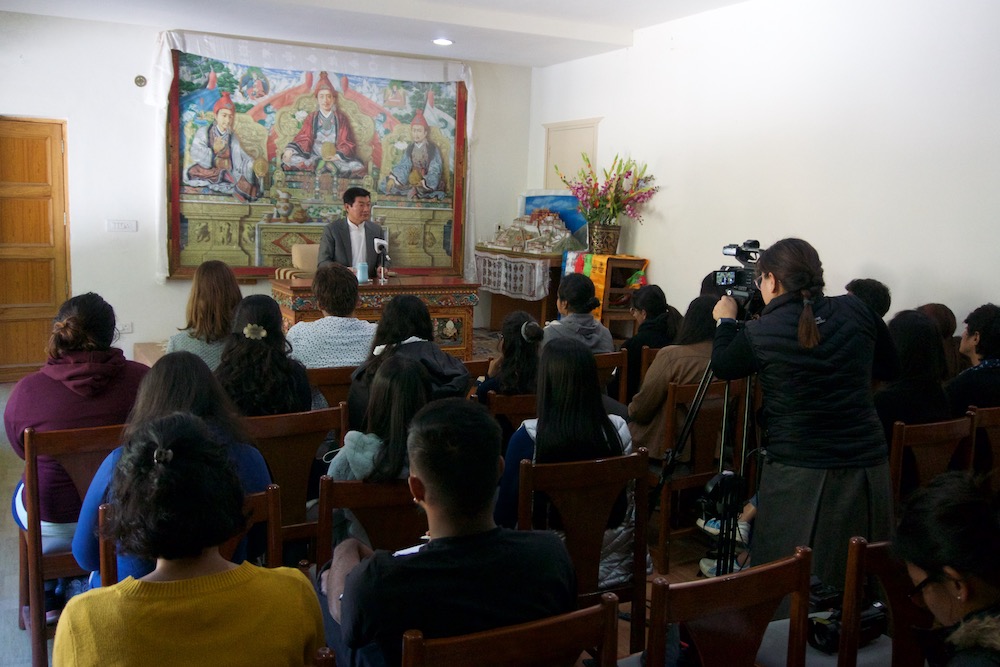 President Dr Lobsang Sangay speaking with the group of students from Shrishti Institute of Art, Design and Technology, Bangalore at the Kashag Secretariat, 7 December 2019.

Dharamshala: President Dr Lobsang Sangay of Central Tibetan Administration met with a group of students from Shrishti Institute of Art, Design and Technology, Bangalore at the Kashag Secretariat today.

The President began by warmly greeting each of them and asked about their stay so far. After asking them about their itinerary, he arranged for them a tour of the renowned Tibetan medical institute and the Library of Tibetan Works and Archives.

As he began the interactive meeting, a student asked him whether there was a way Tibet could regain its independence in the current scenario of China’s status as a UN member and global superpower.

The President replied, “Philosophically, yes. India took around two-hundred years to win its independence. The British was a major empire. “The sun never sets on the British Empire,” but it did. Empires come and go. There are so many examples where they have succeeded. Power will come and go. Basically, as Hindus, Buddhists, or if you are any person of faith, we all know- it is just a cycle of life. So our turn will come. Absolutely!”

“So yes, China is powerful and increasingly so. If you look at the last thirty years of which the first ten years, they were quite weak but in the last twenty years, they have become increasingly powerful and assertive everywhere. But now perhaps they are overplaying their hands. There is wariness and scepticism around the world [on China]. They used to look at China people from a romantic lens and now it has been replaced with scepticism. Everywhere I go, China is the number 1 topic—how to deal with China militarily, economically, politically. So this is the challenge and we are in the middle of it. So absolutely, we believe, our turn will come,” he said.

Another student asked how China was asserting itself? The President said that, in India’s case, the lesser-known Simla convention agreement signed by British India and Tibet supported India’s border integrity. He explained its origin, how it evolved in the decades and as a result of signing the Panchsheel agreement, how India is today bearing the brunt of that decision.

“The Tibetan-British India peace treaty demarcated the border between British India and Tibet, and opened trade route into Tibet. This border is known as the McMahon line because Sir McMahon represented British India. This treaty was renewed every 10 years. After Indian independence in 1947, India sought an agreement with China, when originally it was with Tibet. So the peace treaty called the Panchsheel was signed in 1954 between India and China. This peace treaty stated that there would be no invasion or attack between the two nations. As the treaty was binding, India proposed extending its validity to 20 years but China rejected it. So they finally agreed on 8 years which is hardly standard.”

He added, “In the meanwhile, China was already planning the invasion of India and the occupation of Tibet. The 1962 [Sino-Indian war] occurred. Since then many border incursions have taken place, peaking in 2014, when it rose it to about 400.”

“Had India supported the treaty with Tibet, it would have saved a lot of its budget on defence and instead used it for other programmes like the Clean India mission and so on. But India stood by and watched because it was not being targeted. Now, Indian citizens need to secure permissions and visas from China to visit sacred Hindu pilgrim sites located in Tibet. Where there was free access before, now there are heavy restrictions.”

President Sangay also stated that the world is realizing that China’s trade deals are manipulative and concerns geostrategic and political interests. He spoke about the concern of China’s control over transnational water resources, mainly, citing China’s excessive damming and diversion of major Indian rivers originating from the Tibetan plateau.

“Many countries are coming to realise China’s exploitative strategy”, he said, adding that they could challenge China’s threat by not entering into trade deals which entraps them into economic debts and inadvertently makes them subservient to China’s authority.

The President concluded the meeting by suggesting the students to read and learn about Tibet not only for the cause of Tibet but to learn what’s at the stake for everyone else. 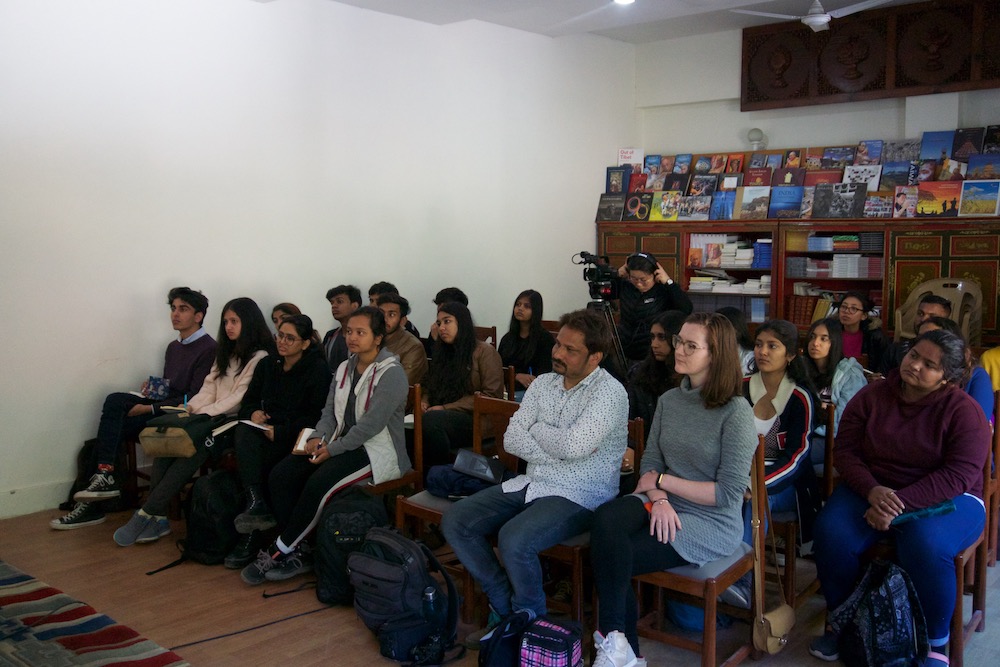 The group of students from Shrishti Institute of Art, Design and Technology, Bangalore at the Kashag Secretariat, 7 December 2019. 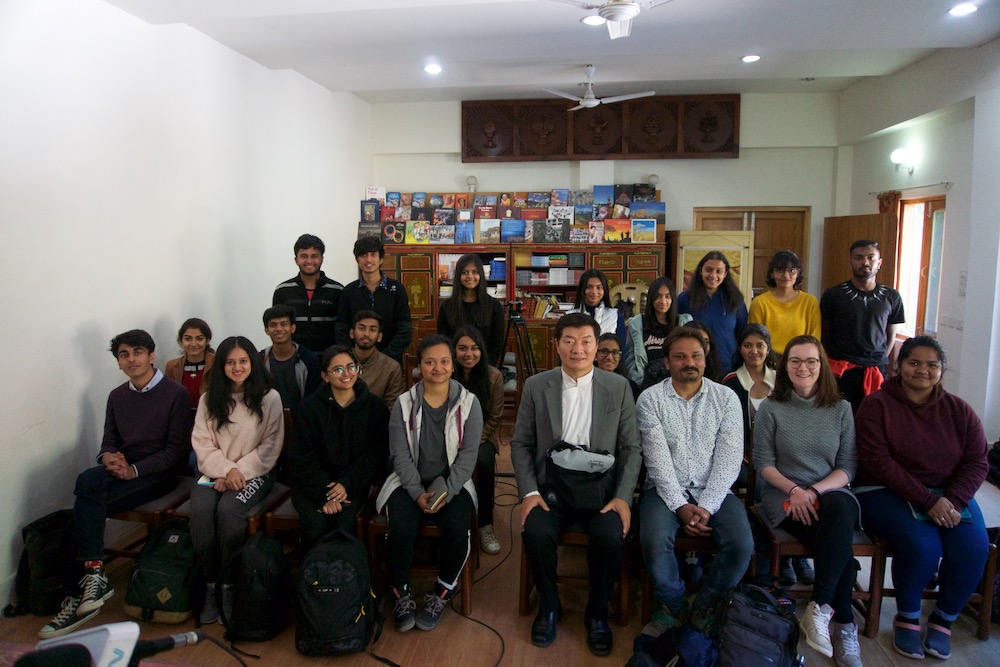