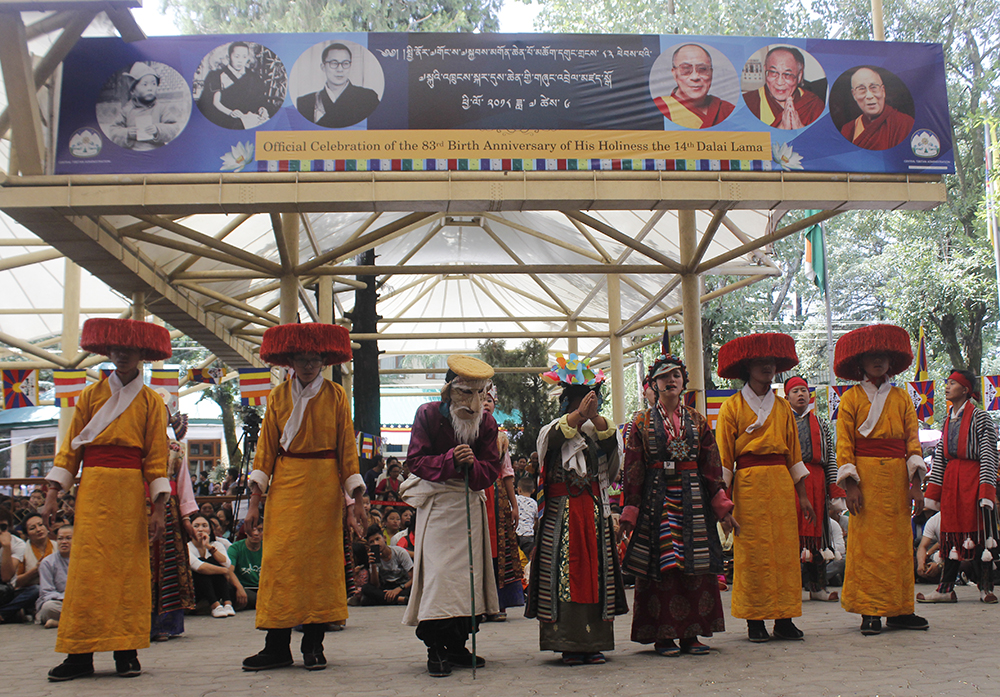 An abstract of Tibetan opera Drowa Sangmo performed by Lower TCV school during the 83rd birthday of His Holiness the Dalai Lama. Photo/Tenzin Phende/DIIR

It was a sunny day on July 6 and everyone was in a festive mood to celebrate the 83rd birthday of His Holiness the Dalai Lama. Thousands of Tibetans, Indians, and foreigners gathered at the Tsuglagkhang to witness the grand celebrations.

I was at the event venue on an assignment to take photos for CTAs news websites. I was enjoying the performances by different troupes. While watching an opera performance by students of Tibetan Children Village School, an idea popped up in my mind and I felt I must write something about the opera. This time I have made a modest attempt to write about the introduction part of Tibetan opera known as Lhamo. 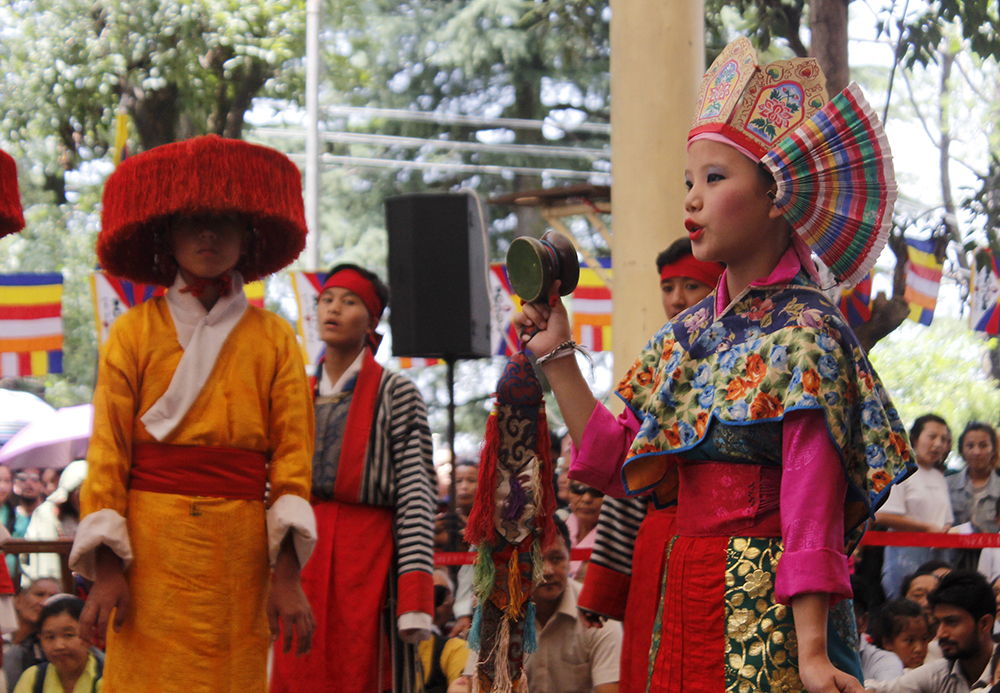 Ache Lhamo performance by Upper TCV school on the 83rd birthday celebration of His Holiness the Dalai Lama. Photo/Tenzin Phende/DIIR

Lhamo, or Ache Lhamo, is a classical secular theatre of Tibet with music and dance that has been performed for centuries, whose nearest western equivalent is opera. Performances have a narrative and simple dialogue interspersed with comedy and satire; characters wear colourful masks. The core stories of these theatrical plays are drawn mostly from ancient Indian Buddhist folk tales, lives of important people and historical events from Tibetan civilisation. However, the ceremonial, dance and ritual spectacles strongly reflect the Tibetan Royal Dynastic period.

The foundation of Ache Lhamo tradition dates back to 14th century with mystic Thang Tong Gyalpo. The procedure and style in which Ache Lhamo is performed have changed little since the time of inception in the 14th centuries. Today, the same opening rituals are enacted prior to the commencement of every performance, authentic costumes are worn, singing, dance and musical tradition are strictly adhered to. 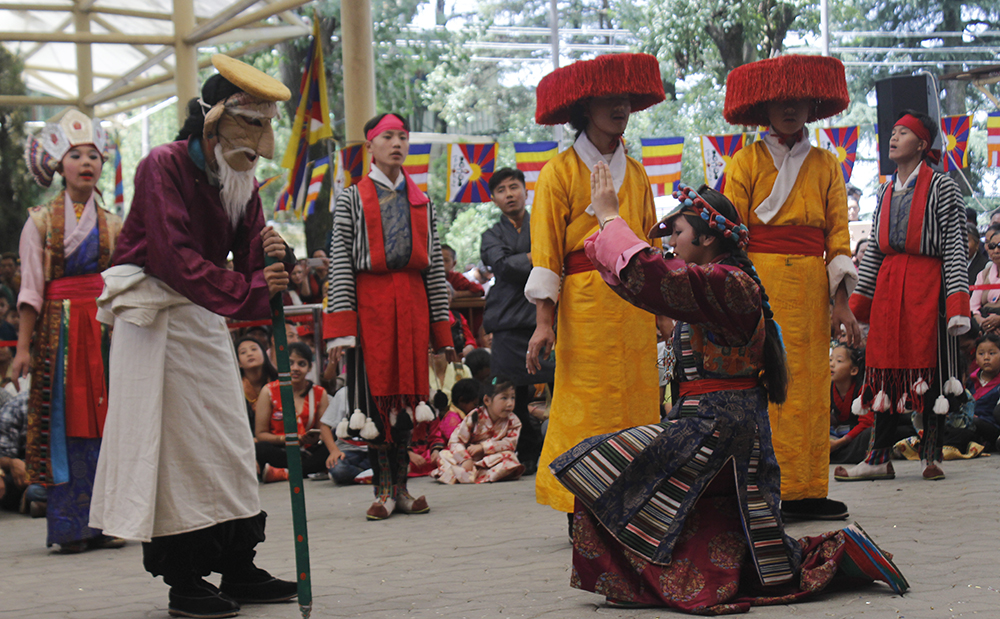 Drowa Sangmo opera performed at Tsuglagkhang on the 83rd birthday celebration of His Holiness the Dalai Lama. Photo/Tenzin Phende/DIIR

The development of Lhamo troupes until the time of fifth Dalai Lama, Ngawang Lobsang Gyatso (1617-1682 A.D) is little known to the people. There are murals of Lhamo stories on the walls of the Potala Palace that are believed to have painted between 1695 and 1705. 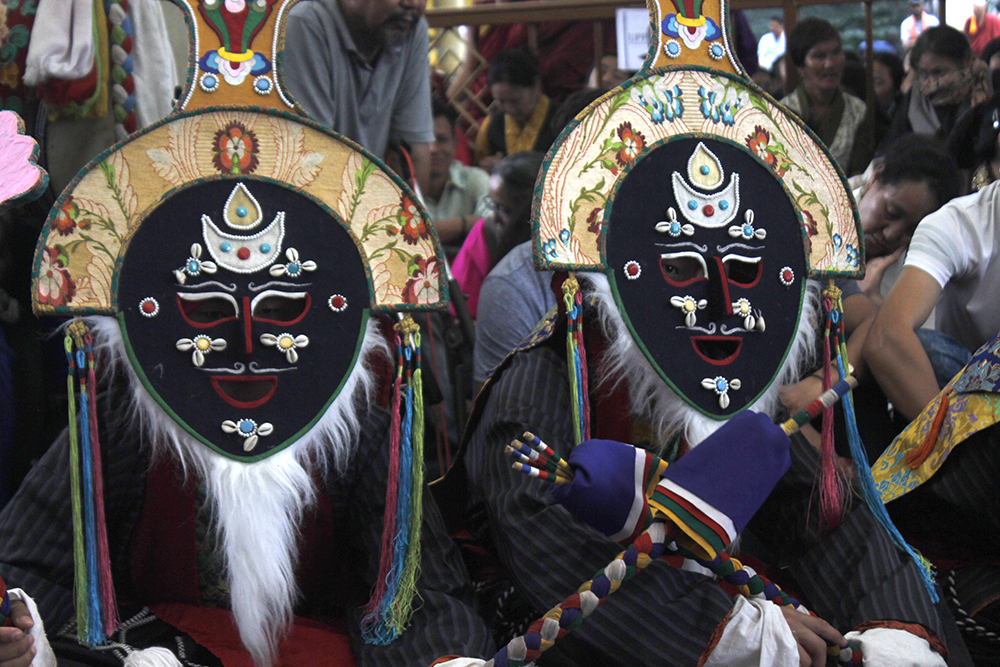 There is a myth that the costumes and mask of Hunter or Fisherman (Tibetan: Ngonpa) were designed by the fifth Dalai Lama, based on his personal dream.

By the turn of the 19th century, Ache Lhamo performances were found throughout Tibet, each major district having a permanent amateur troupe performing for the local community at various formal occasions throughout the year. 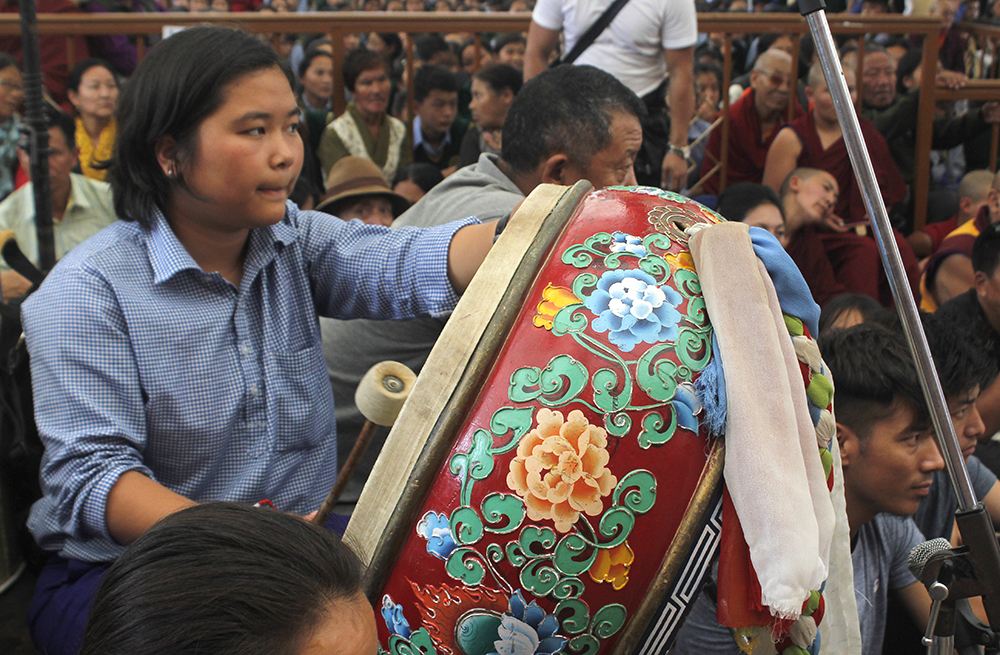 Some notable troupes including Tashi Sholpa, Chongye Phundun, Shangpa, Gyalkhara, Chungpa, and Kyormulung are much sought after and are always a regular part of the official festivals at Norbulingka, Drepung Monastery, and Sera Monastery.

The performers are monks and lay people who love Lhamo. Tibetans from all walks of life are familiar with and frequently sing the arias (namthars) for themselves or for entertainment at social gatherings. The stories were passed down from generation to generation. 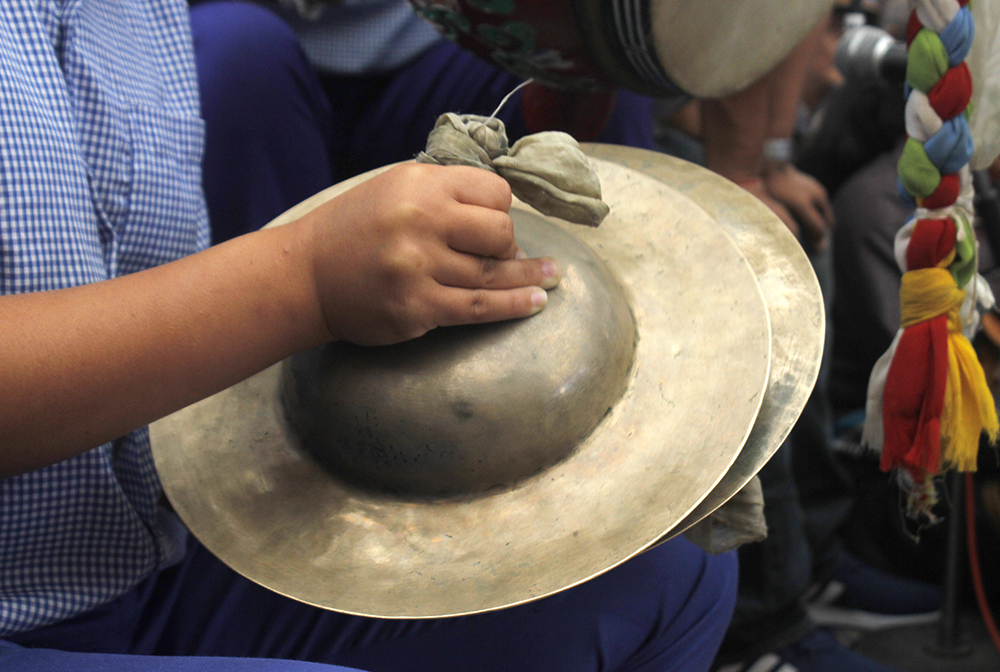 Originally there are nine different stories which were adapted into Ache Lhamo performances, each exclusively staged by respective troupes. The Kyormulung troupe would only perform stories such as Sukyi Nyima, Pema Woebar, and Drowa Sangmo. Gyalkara with their monastic background performs only Prince Norsang as their core performance. The Chungpa troupe performs only the story Drimed Kunden. Then there is troupe from the Menru Monastery who perform only Dhepa Tenpa in the Menru Ponsong tradition.

However, the artistes of the Tibetan Institute of Performing Arts are trained and given lessons covering all stories and styles. Up until now, under the tutelage of numerous Ache Lhamo experts like the late Norbu Tsering (Alias Laba), the late Chakdam Uen, Chungpa Phunrab Dorjee Gyalpo, Ven. Sherap Jungney, Dhodrak Penpa Dhondup, and the late Lopon Thupten Phuntsok trained artists in various style and stories. Following is the key operatic repertoire performed by the artistes of the institute along with a short summary of the plots are Drowa Sangmo, Sukyi Nyima, Pema Woebar, Dhepa Dhenpa, Chungpo Dhonyoe Dhondup, Gyalsa Belsa, Nangsa Woebhum, Drimey Kundan and Choegyal Norsang. Some of the repertoires adapted by TIPA are Toenpa Zenam, Milarepa, Gyalwa Ngapa and Thanthong Gyalpo.