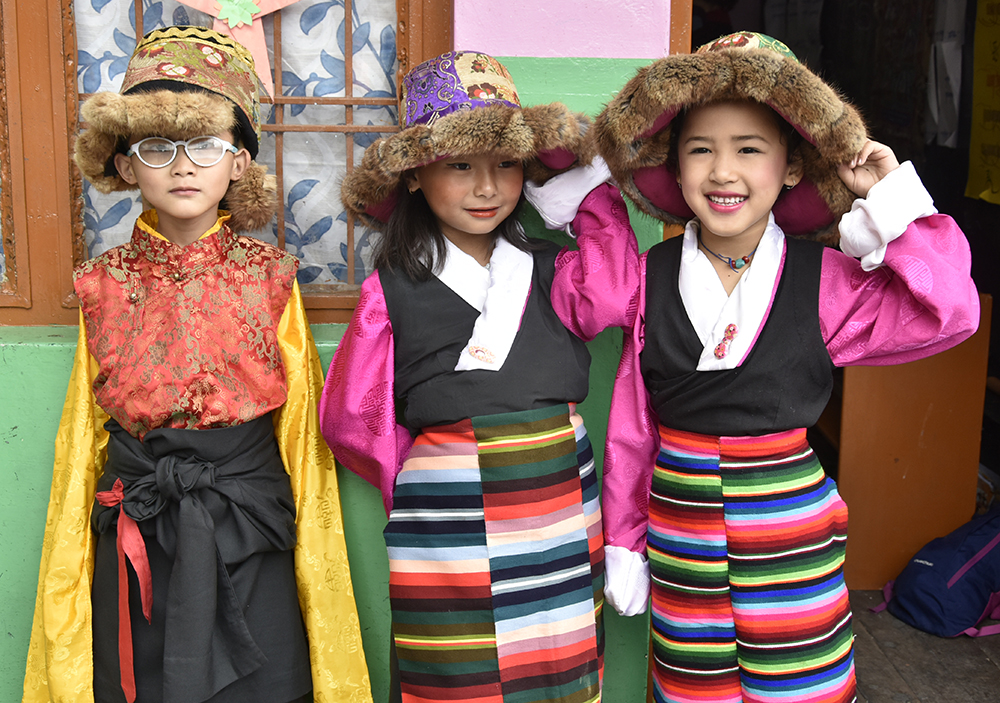 Almost a month back, I attended a workshop on gender sensitisation organised by the Women Empowerment Desk under the Department of Finance, Central Tibetan Administration.

Until then, my understanding of gender was very rudimentary, limited only to the distinction between male and female and so was the understanding of most of my fellow participants. The workshop made me realise that ‘gender’ is basically a socially constructed distinction to assign different roles based on biological sex rather than the capabilities of persons.

During the two days’ workshop we discussed different issues at varying degrees and at one point we started discussing about ‘pangden’ (པང་གདན་) (colourful apron worn by Tibetan women) and its origin.

Listening to the divergent views of the participants about pangden, intrigued me to learn more about its origin. I started asking elders and the women around about their views and whether they knew how it came into our culture.

The funny part is that there isn’t any historical documentation to trace back the origin of wearing pangden. It is said that pangden is worn mainly by the women from U-Tsang region of Tibet. The reason for wearing it is again very varied: some say it is worn by married women to symbolise their marriage and others say that it is worn at a certain age to signify entering adulthood. Nonetheless, the practice of wearing pangden is not prevalent in the Amdo and Kham regions of Tibet. 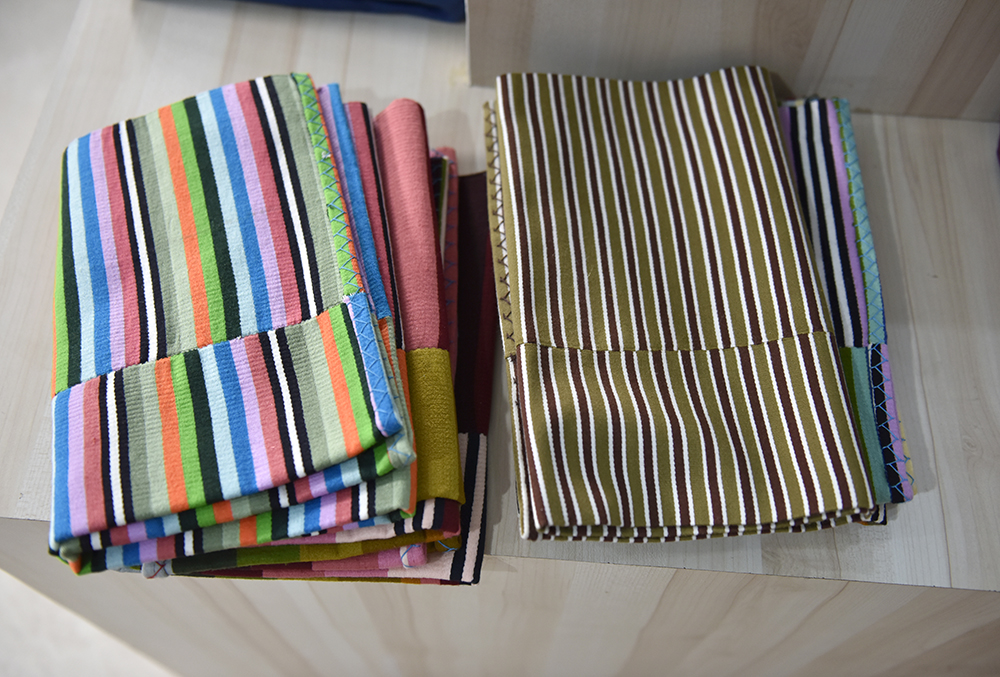 Let me briefly explain on pangden. It is an apron, mostly colourful and made of faconne woollen fabric which is very popular among Tibetan women. Pangden is made of the same materials as pulu (material for Tibetan robes), but it is thinner, more delicate and smaller than pulu. Tibetans also use the pangden’ fabric to make waistcoats, aprons, and satchels for women or mount it on their robes. Modern people even use it to decorate the walls of their parlours.

The best pangden are called ‘shema’ (ཤད་མ) in Tibetan. It is elaborately woven from 14-20 kinds of dyed yarn. The second best apron variety is called pulu (སྤུ་ལུ), which is relatively common in the community. There are also ‘nambhu’(སྣམ་བུ་) and ‘sishen’ (སི་ཤན་) pangdhen.  Their fabric is soft and delicate and the colour is bright, making the apron beautiful and striking. 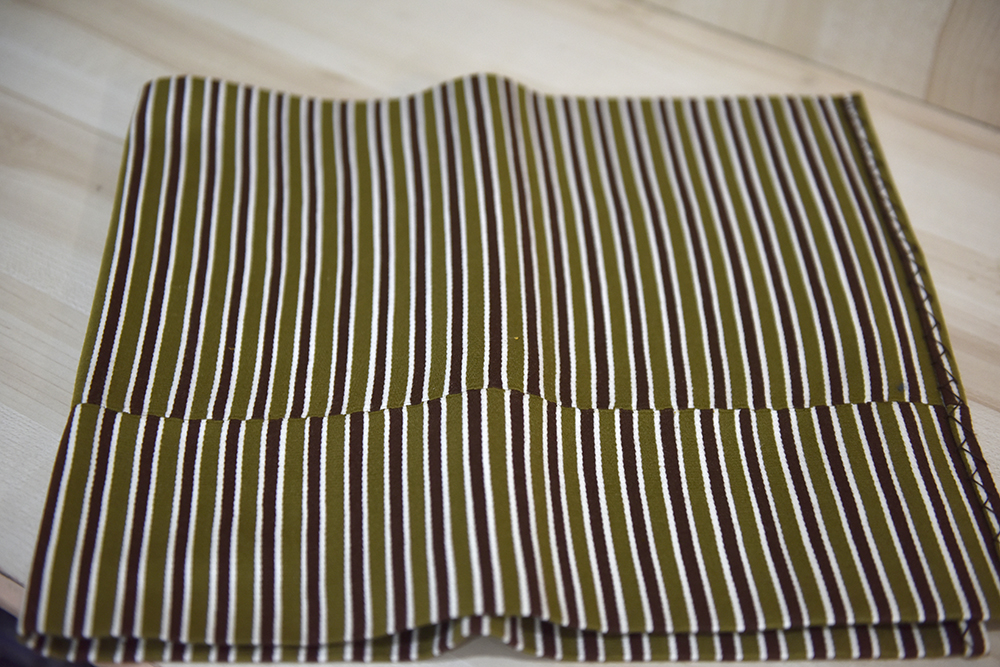 Pangden is mainly produced in Tibet with an apron-producing history of about 600 years. Almost every household in the town weaves woollen aprons, which not only enjoy fame on the domestic market, but are also sold in India, Nepal, Bhutan, and Western European countries.

There are also different preferences to the designs of pangden. Women in the farming and pastoral areas prefer stripes of strongly contrasting colours and women in townships mostly wear fine-spun stripes of similar tonality.

Pangden as I said earlier, is commonly worn by married women but now even unmarried girls wear it as part of costume. On festive and celebratory occasions, when Tibetan women wrap the colourful pangden around their waist, it looks like the rainbow is wrapping them- so beautiful, so serene.

After asking so many people, I have still not found answers to my questions about pangden’s historical origin and its significance. And now I would like to leave you all with a question: whether wearing of pangden should be treated as part of mere costume or as a symbol of marriage for women, specially in the light of gender sensitisation? 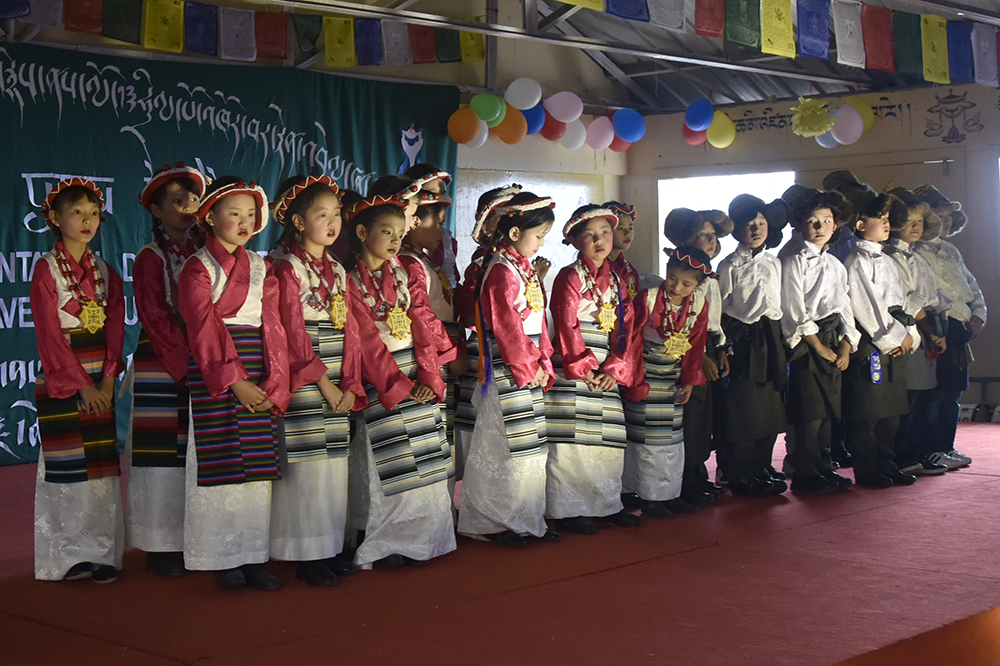 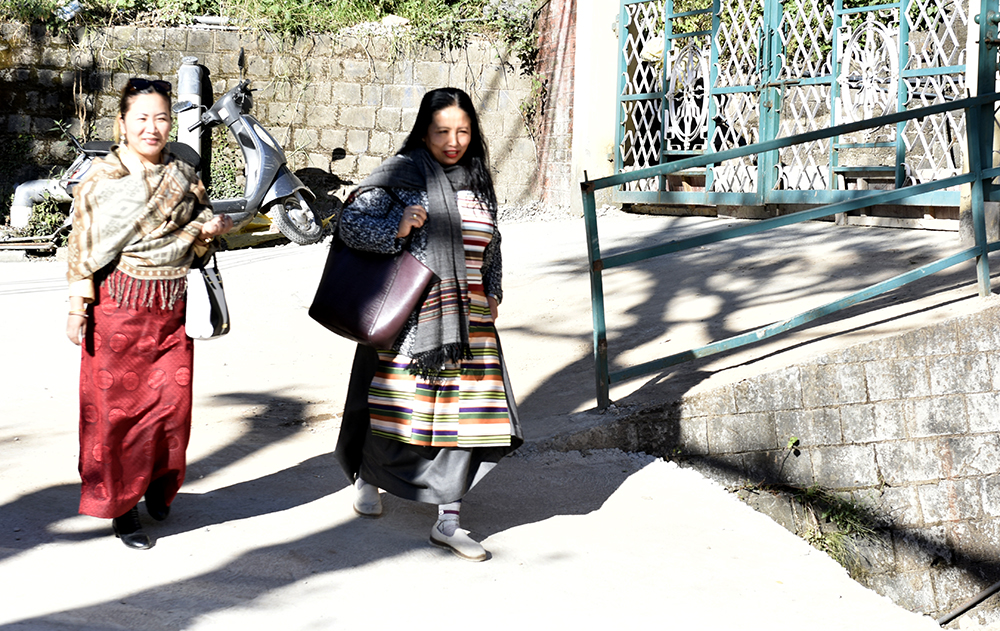 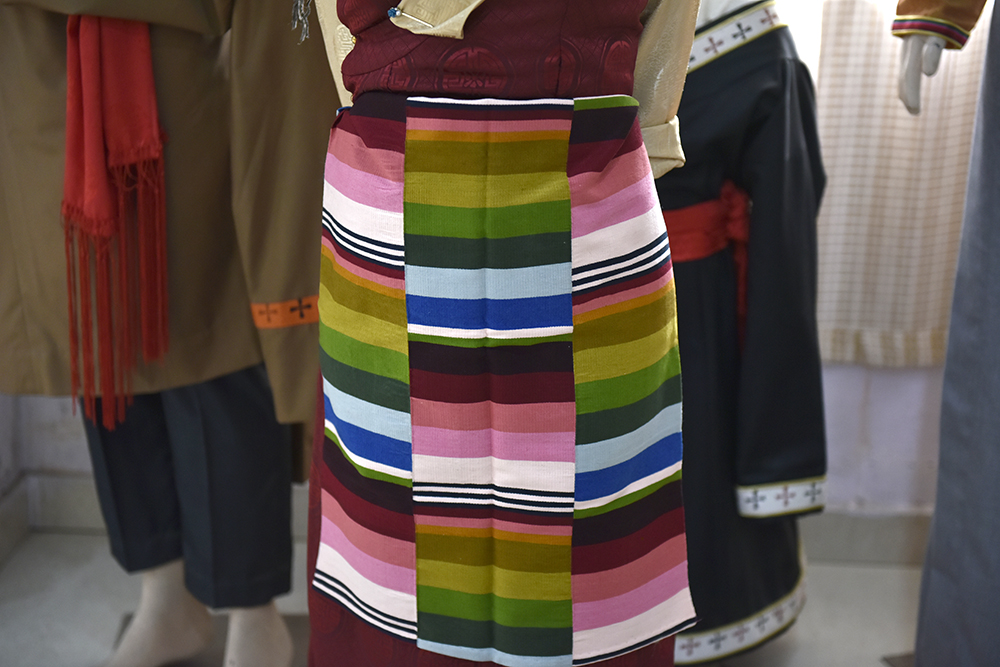 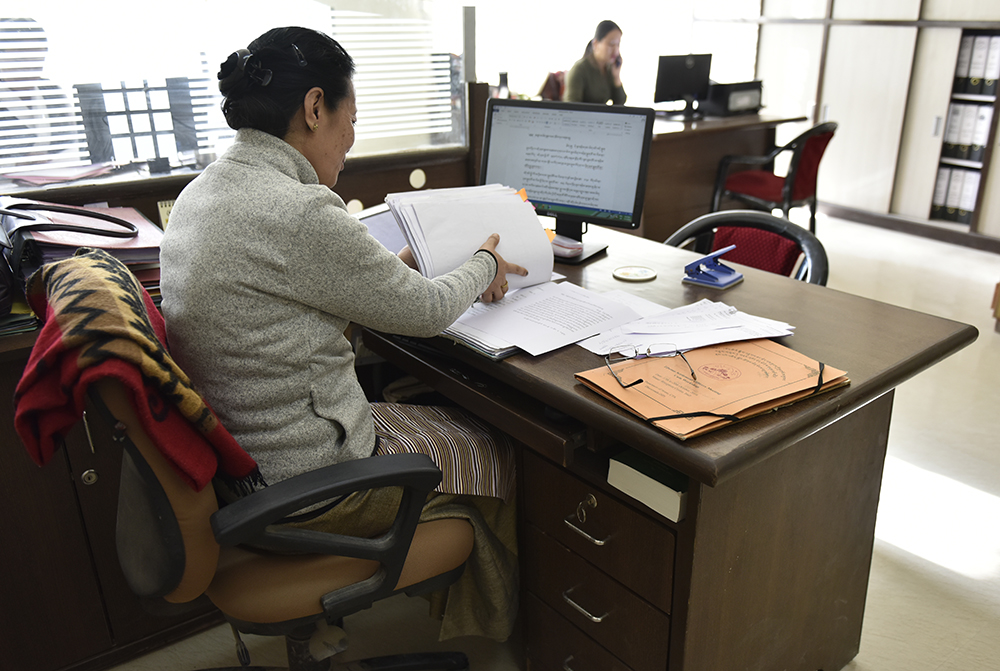 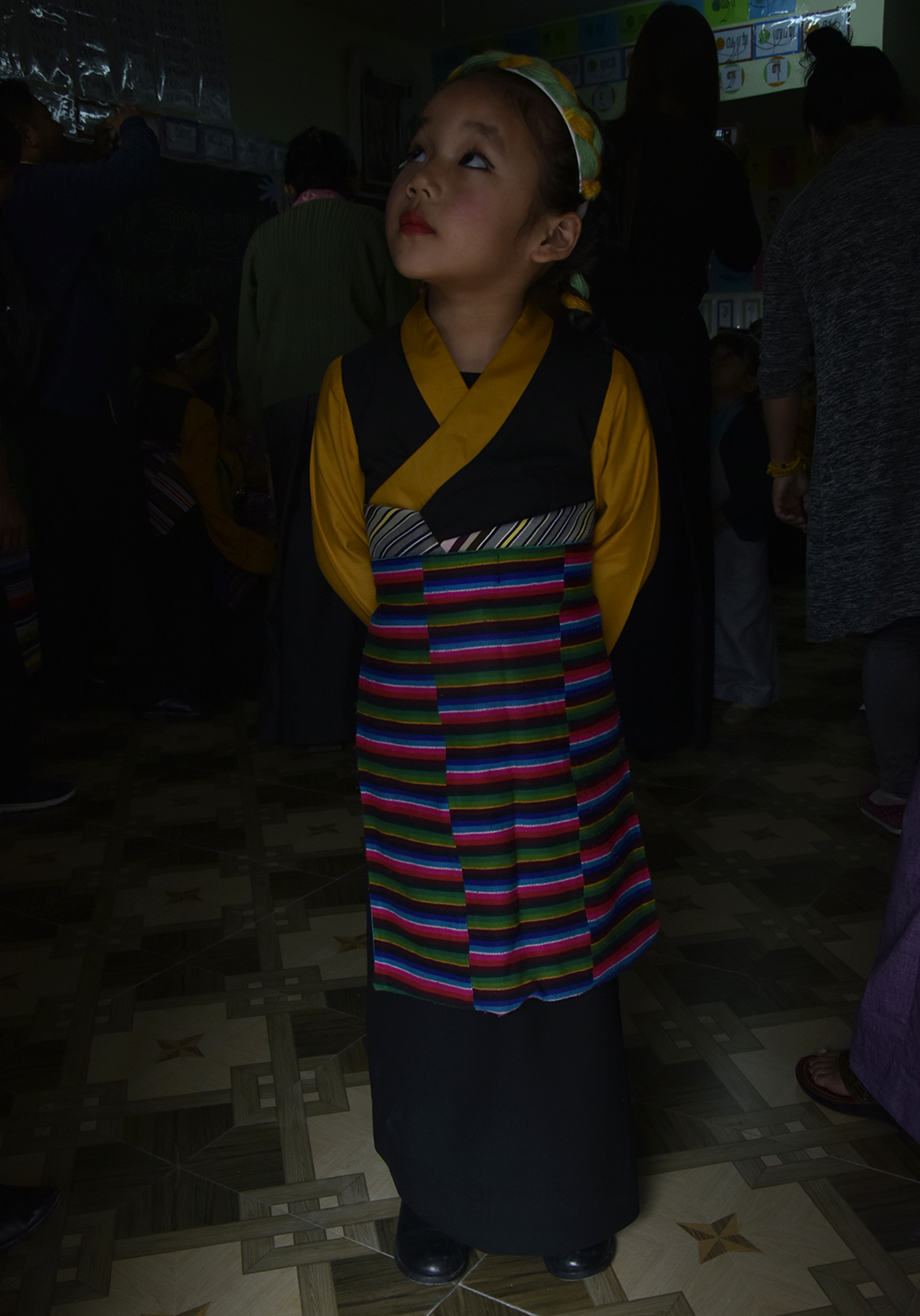