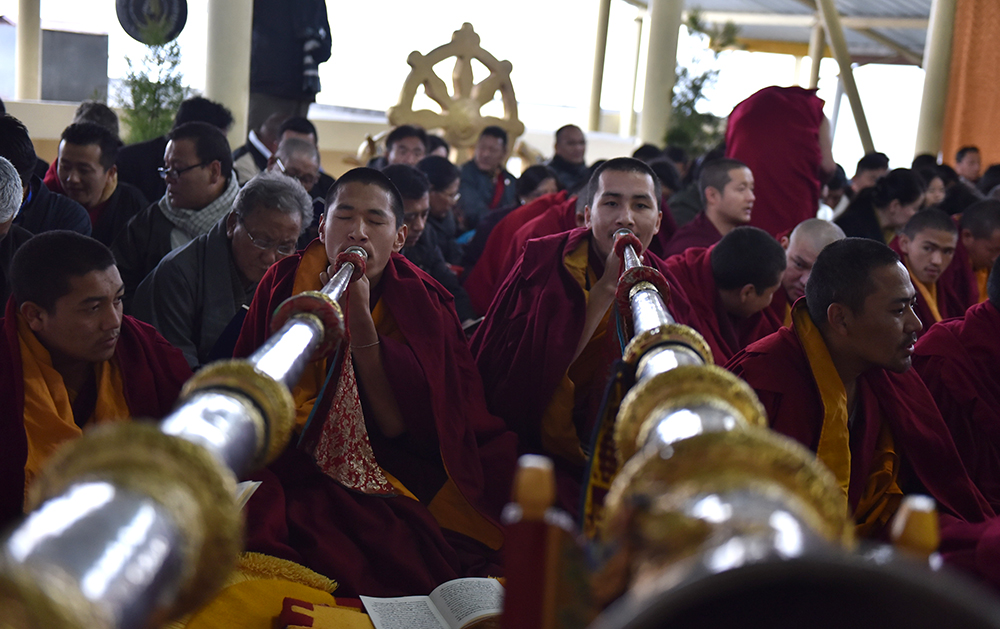 The most happening time for Tibetans begins with the end of Tibetan Lunar calendar. All over the world, Tibetans welcome a busy month ahead in preparing the new year known as Losar.

As I was thinking what to write for my Lhakar series, the idea of writing about Pre-Losar to Losar came into my mind. I was with one of Korean Broadcasting team to cover Losar and Tibetan diaspora.

Pre Losar, the ritual of the Exorcising-Ghost day is part of Tibetan tradition. The Tibetan religious ceremony ‘Gutor’ ༼དགུ་གཏོར་༽, literally offering of the 29th, is held on the 29th of the 12th Tibetan month, with its focus on driving out all negativity, including evil spirits and misfortunes of the past year and starting the new year in a peaceful and auspicious way.

The temples and monasteries throughout Tibet hold grand religious dance ceremonies, with the largest at Potala Palace in Lhasa in early days. Same practices are done here in exile where I got chance to witness Namgyal Monastery perform a ritual at a courtyard.

Tibetans clean their houses on this day, decorate the rooms and eat a special noodle soup called ‘Guthuk’. ༼དགུ་ཐུག་༽ in the evening, the people carry torches, calling out the words of exorcism.

The Tibetan New Year (བོད་ཀྱི་ལོ་གསར། ). The Tibetan Calendar is based on the lunar calendar and consists of twelve months. Losar starts on the first day of the first month of the Tibetan Calendar. Oftentimes, Losar and the Chinese New Year begin on the same date, but sometimes they might have a difference of a day or even a lunar month.

To mark the Losar, a month festival is celebrated by Tibetans in early days but nowadays it is celebrated for three days worldwide with prayers, hanging prayer flags, ceremonies, folk dances, passing fire torches among gatherings, and friends and family reunions.

As one of the most widely celebrated Tibetan festivals, Losar is a time when Tibetan cultural values are greatly exhibited. Warm greetings are exchanged with everyone from family members to neighbours. Delicious Tibetan food such as Dresi, Kabsay, Guthuk, different varieties of meat, bread, butter tea and other dishes are served to guests who are invited into homes. Families visit temples to offer prayers.

Offerings are given to the various Gods and Orcale protectors on Choe-kyong Losar, the 3rd day of the New Year. Prayer flags are hung and devotees visit monasteries, shrines and stupas.

After the three days, Tibetans engage in parties and get-togethers for 15 days ending the festivities with Chunga Choepa, the Butter Lamp Festival at the first full moon. 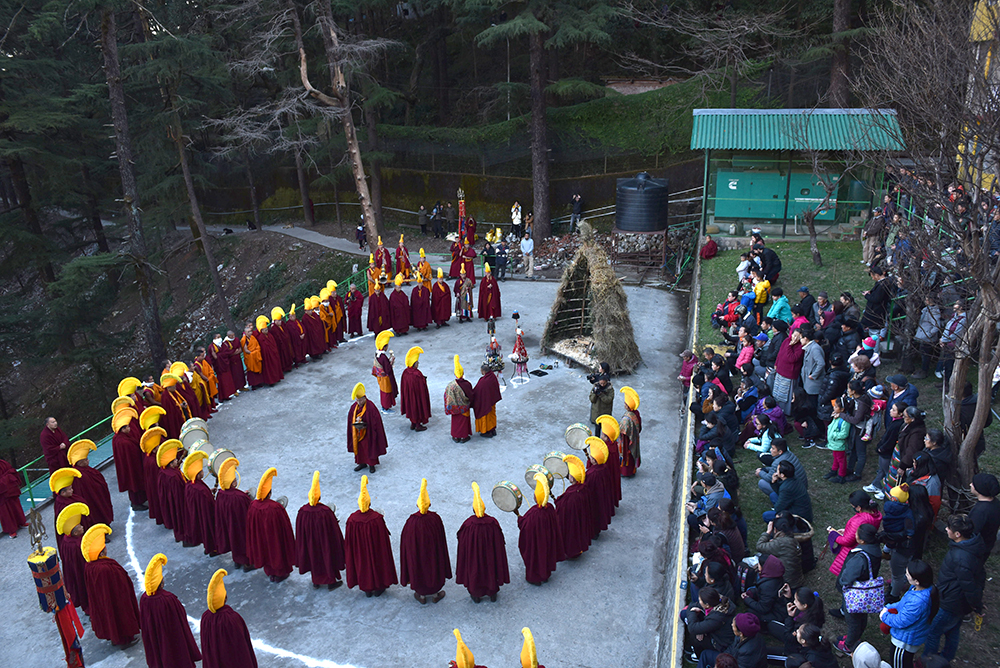 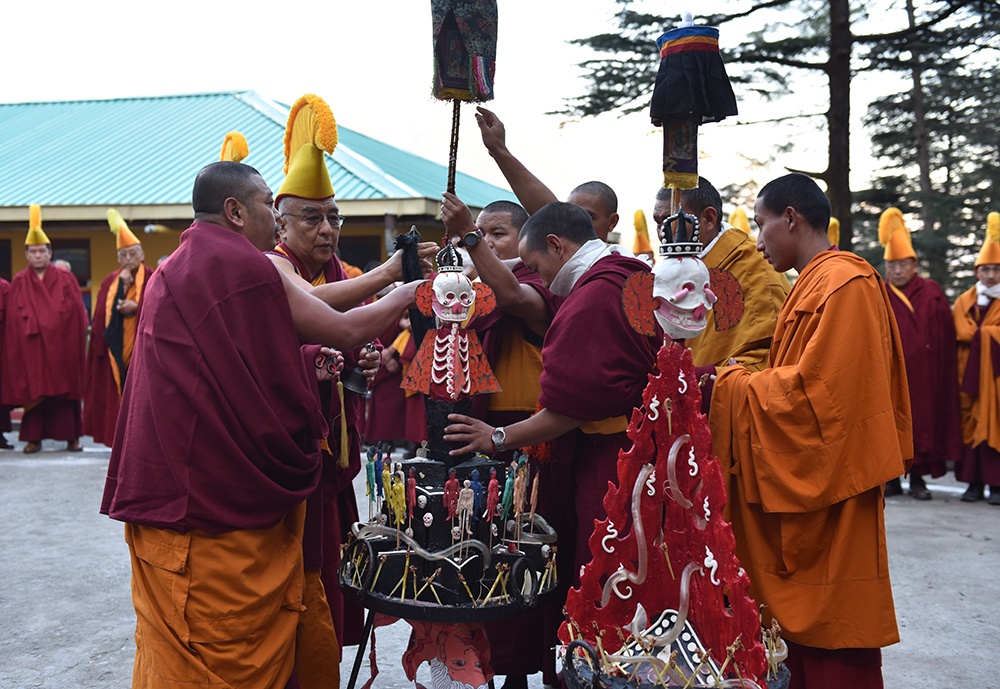 Abbot of Namgyal monastery during the ritual of exorcising ghost. Photo/Tenzin Phende/CTA 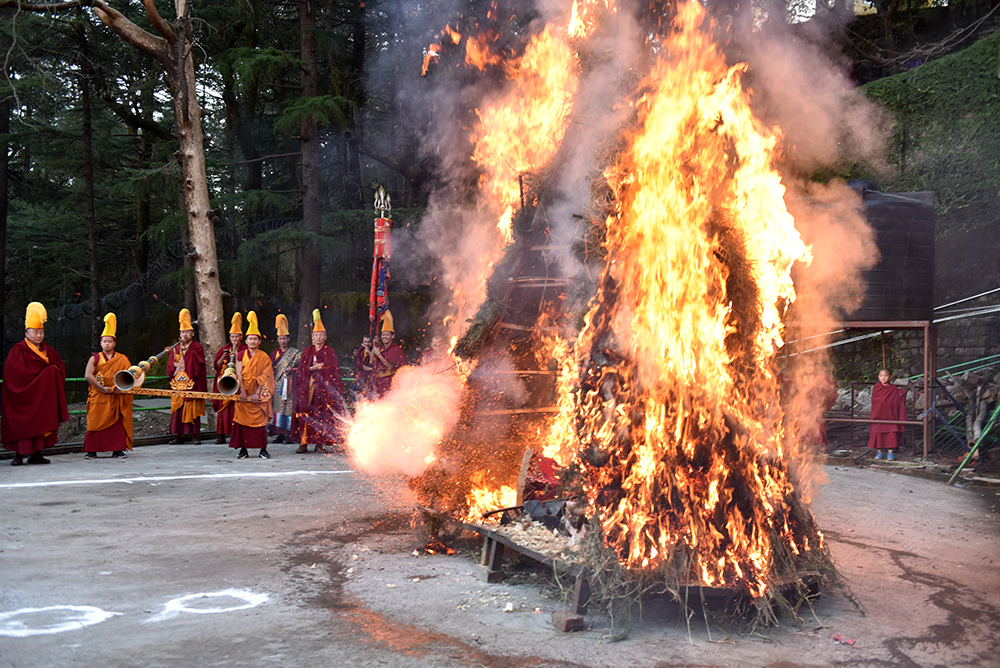 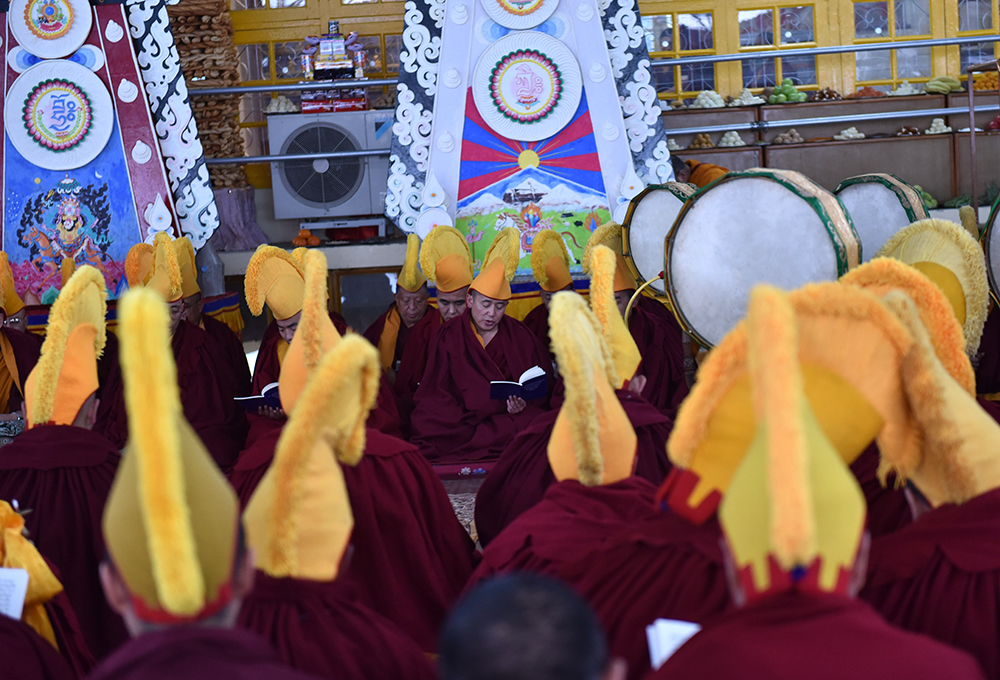 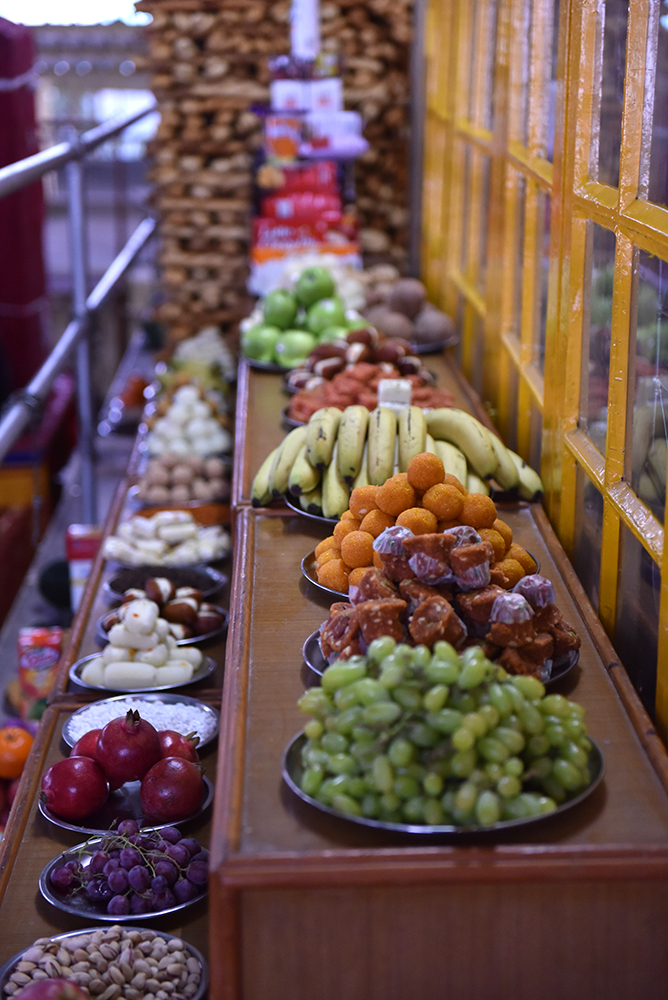 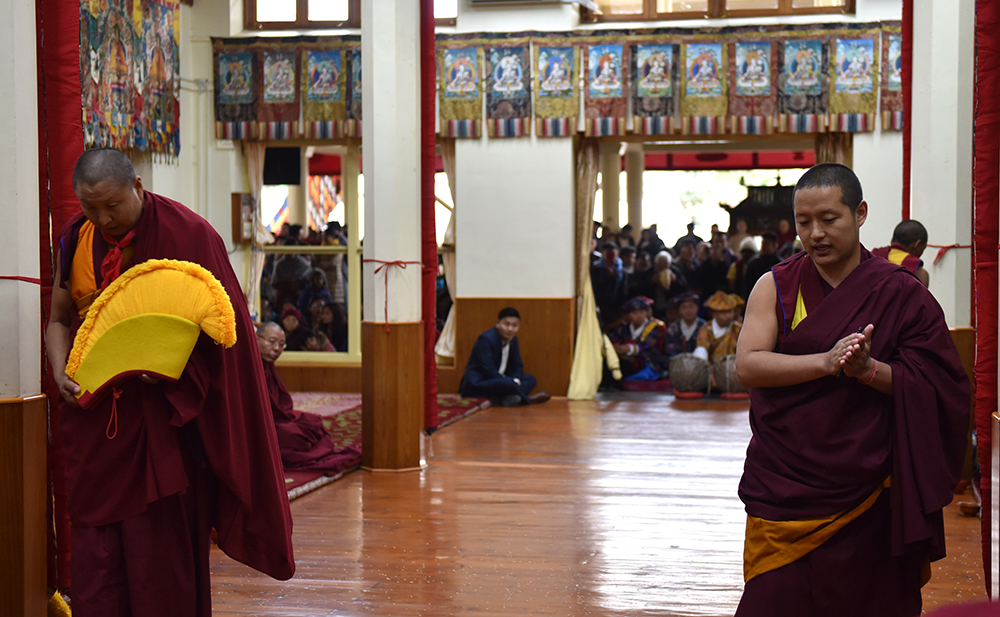 Dialectical debates by two of Geshes on first day of the official ceremony. Photo/Tenzin Phende/CTA 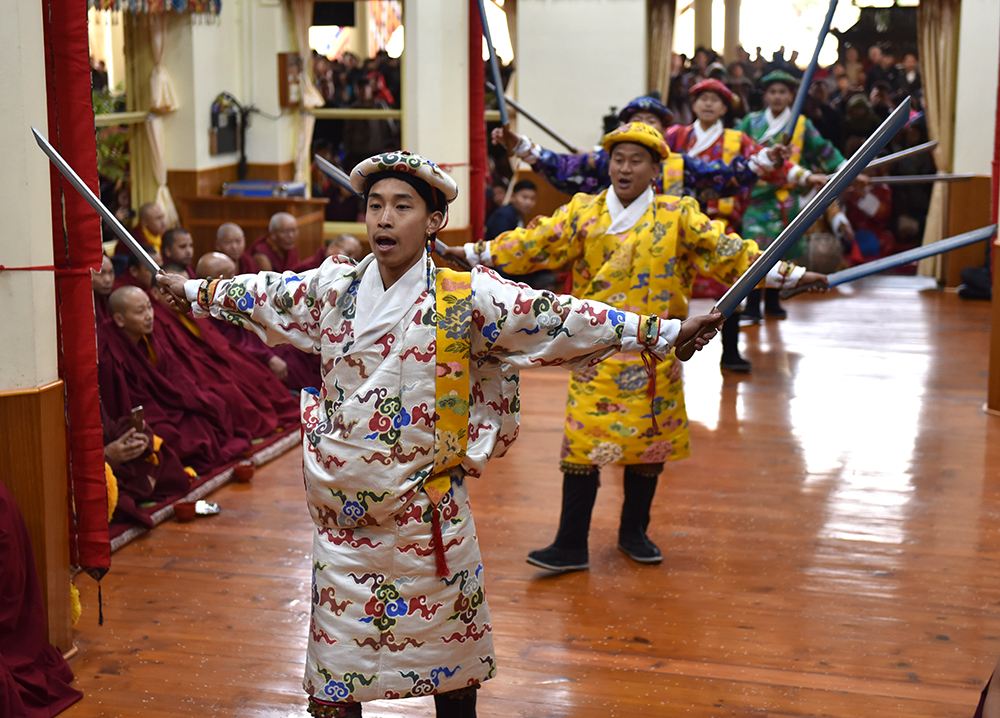