Photo Exhibition in the Russian Buddhist Republic of Tuva 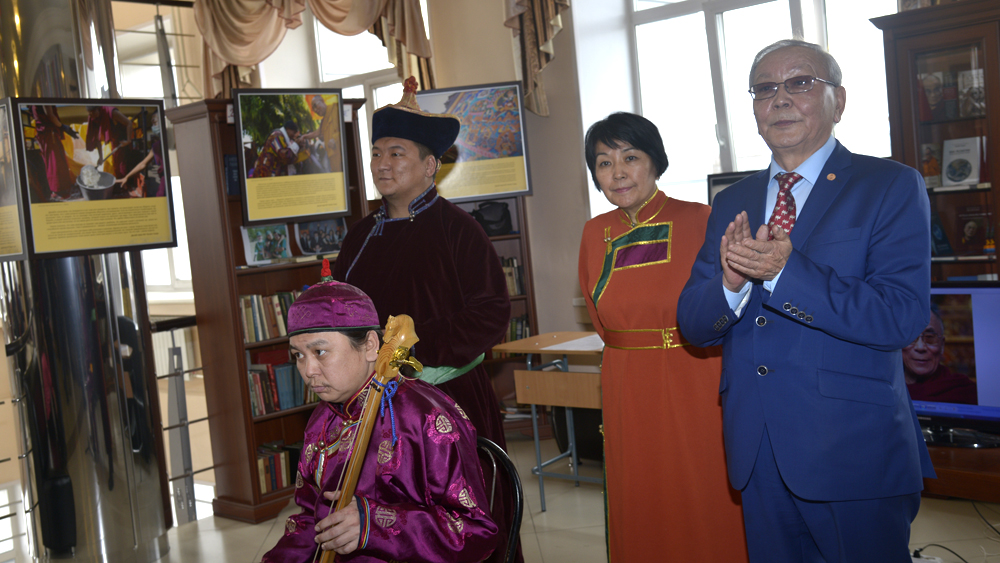 Director of the National Museum Mr. Kaadyr-ool Bicheldei and representative of the local ‘Friends of Tibet’group Ailana Balgan at the opening ceremony of the exhibition “The Dalai Lama – As Long As Space Remains”.

TUVA Russia: The photo exhibition “The Dalai Lama – As Long As Space Remains” carrying His Holiness the Dalai Lama’s message of peace and hope is on display in the capital city of the Russian Buddhist Republic of Tuva. The exhibition was timed to coincide with the celebration of Losar called Shagaa in Tuvan language.

His Holiness the Dalai Lama visited Tuva only once, 25 years ago. All the subsequent requests to grant him a Russian entry visa filed by the local clergy and NGOs were declined by the Russian federal authorities because of close relations with China. A memorable visit of 1992 is still very much in hearts and minds of Tuvan people who are going to celebrate its 25th anniversary throughout the year.
The head of the Republic of Tuva, Mr. Sholban Kara-ool, has supported the idea of holding the photo exhibition «The Dalai Lama – As Long As Space Remains» that had visited several countries and cities in Russia before coming to Tuva. The existing exposition has been extended to include archive photos of His Holiness visit to Tuva that are part of collection of the National Museum of the Republic of Tuva. The archive photos by local photographers show His Holiness during his teachings, visits to sacred places of Tuva as well as his meetings with people of all layers of society.
The exhibition was launched by the director of the National Museum Mr Kaadyr-ool Bicheldei. The opening ceremony was attended by scholars from Tuvan Institute of Applied and Humanitarian Studies, professors of Tuvan State University, intellectuals, journalists, students and devotees.
Among the speakers who shared their memories of His Holiness visit to Tuva were the writer Mr Cherig-ool Kuular,  the first chairwoman of the local ‘Friends of Tibet’ group Mrs Uliana Bicheldey, the head of the Center for Buddhology and Tibetology Mrs Chechek Adygbai. The exhibition was attended by Venerable Geshe Pungtsok who has been giving teachings in Tuva in the main temple at the invitation of Head lama of Tuva ‘Tsechenling’.
The exhibition “The Dalai Lama – As Long As Space Remains” was organised with the support of Telo Tulku Rinpoche, His Holiness the Dalai Lama honorary representative in Russia, Mongolia and CIS countries and Save Tibet Foundation (Moscow).
The exhibition includes exquisite photos by Tenzin Choejor, His Holiness the Dalai Lama’s personal photographer who accompanies him in his journeys all over the world, as well as Igor Yachoglov, Moscow-based photographer and a co-director of Save Tibet Foundation. Each photograph is accompanied by a quotation from His Holiness the Dalai Lama’s books and religious teachings translated into Russian language. The organisers in Tuva are planning to translate the quotations in Tuvan language and publish a photo album to distribute it among local people. 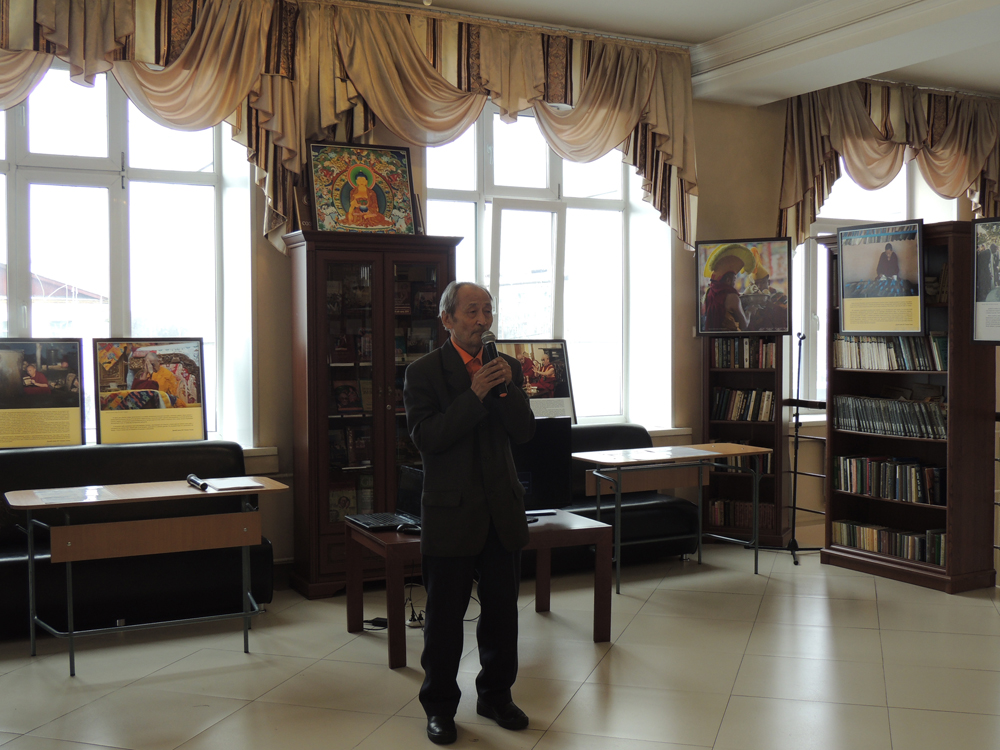 Tuvan writer Cherig-ool Kuular is speaking at the opening ceremony. 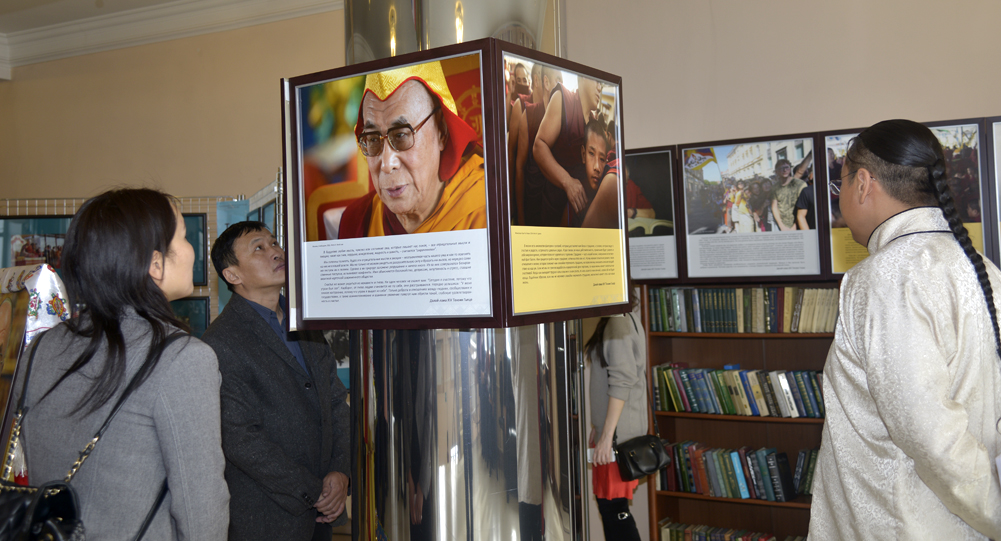 Local people are going through photos at the exhibition “The Dalai Lama – As Long As Space Remains” in Kyzyl, Tuva, Rusian Federation.