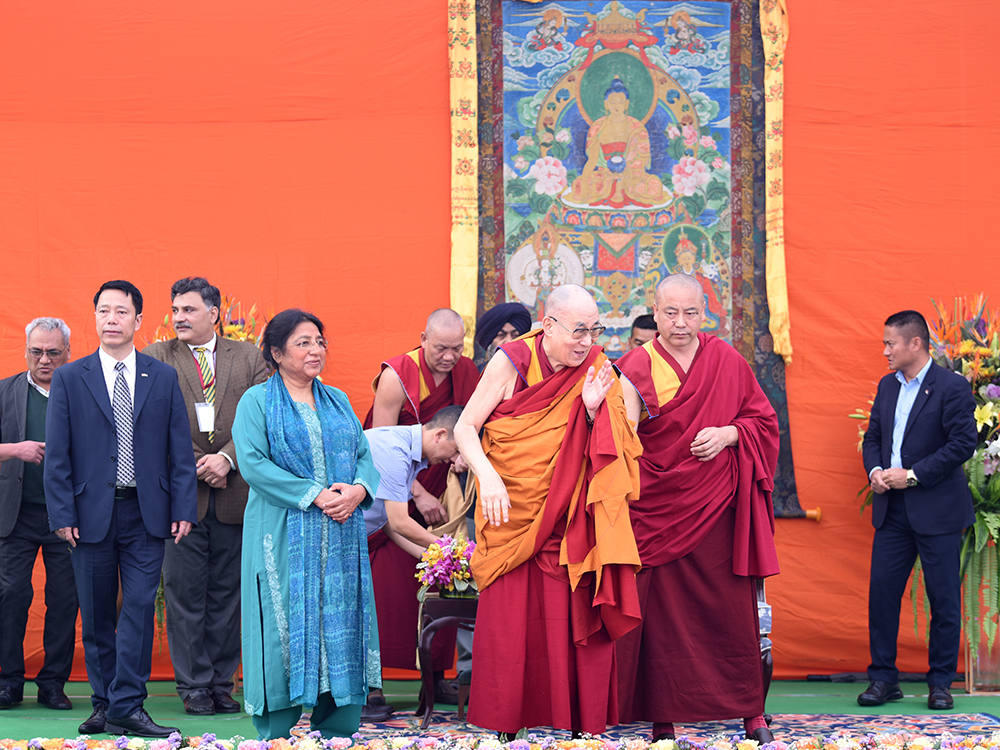 New Delhi: “Conflict and violence are the results of untamed anger, selfishness and narrow mindedness which can be curbed if we cultivate the sense of oneness of 7 billion human beings,” the Tibetan spiritual leader His Holiness the Dalai Lama said, speaking at Tushita’s 40th anniversary and  12th Dharma celebration in New Delhi today.

St. Columba’s School was the venue where the highly revered and loved His Holiness delivered a lecture on ‘overcoming anger and anxiety’ to over thousands of people including students from over 20 schools in and around Delhi.

Speaking on cultivating the oneness of humankind, His Holiness asserted that humans irrespective of different religious beliefs are mentally, physically and emotionally the same. Whats more pivotal is that everyone wants a happy life at the end.

Left to one’s own devices, humans, as His Holiness explained, are very capable to do more good than harm but unfortunately, His Holiness lamented that humans sometimes lack in using their intelligence. This failure to effectively use the intelligence in a constructive way paves way for destructive emotions to take over which is why the world is immersed in the man-made problems.

“Since these problems are man-made so logically we are morally responsible for reducing these problems if not eliminating them entirely”, His Holiness asserted. 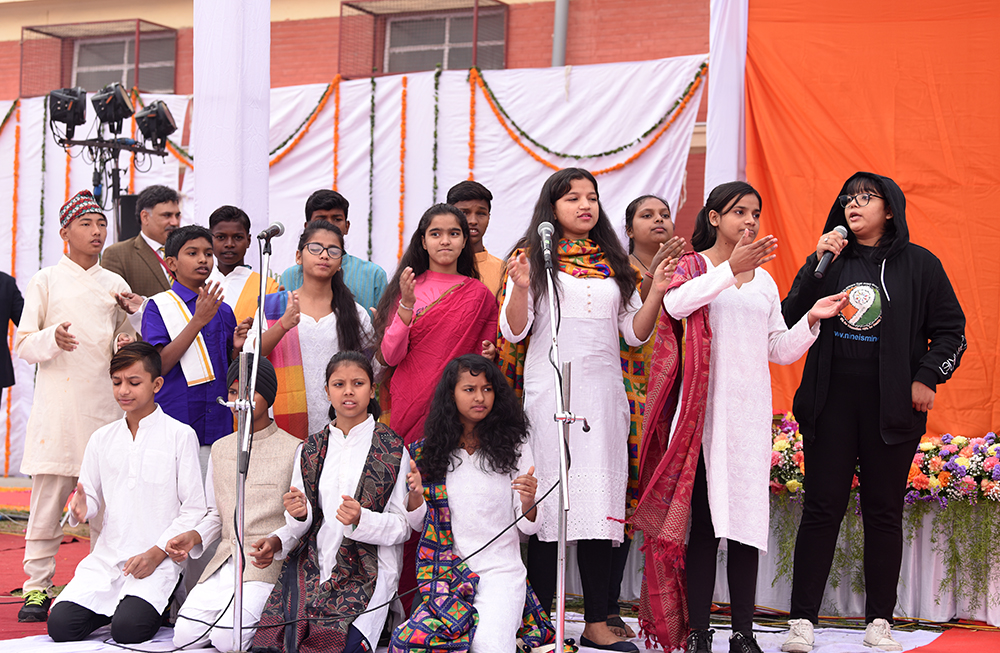 Pointing out the flaws in modern education, His Holiness mentioned that it heavily lacks the crucial understanding of the workings of mind and emotion, and instead lays much emphasis on leading a materialistic life.

Furthermore, he added that humans are now engrossingly asserting the concept of ‘us’ and ‘them’ which is only escalating the gap between people. 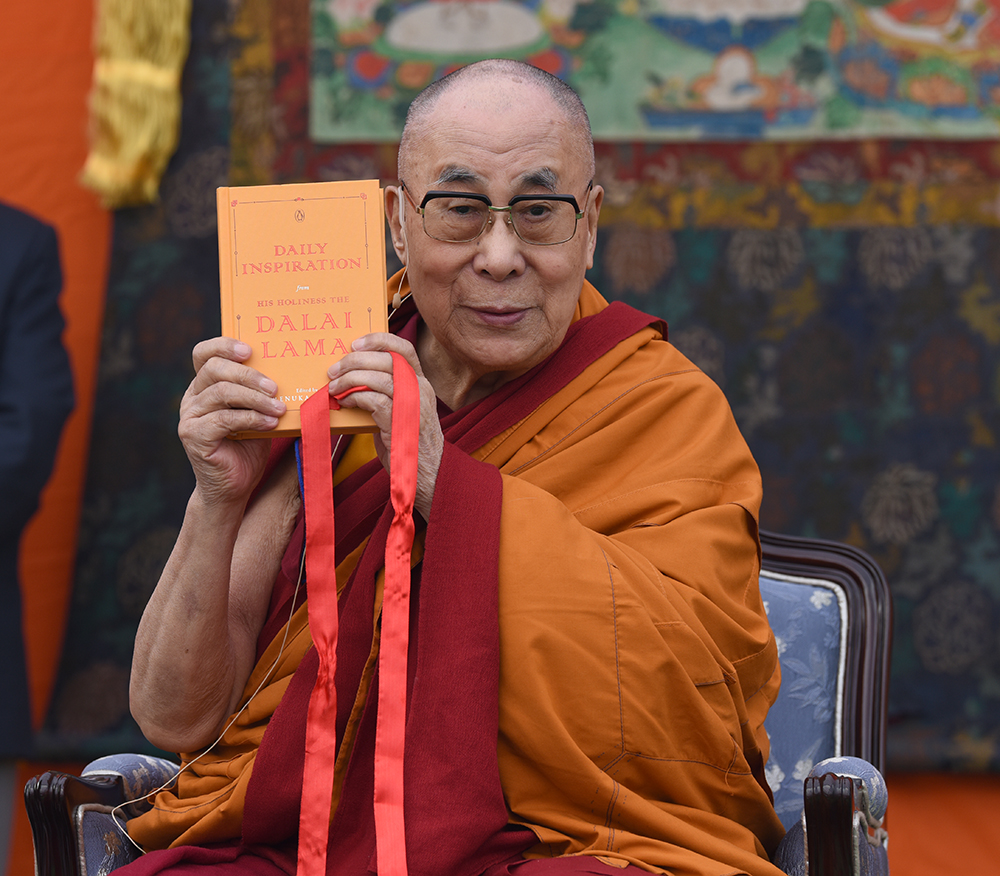 His Holiness unveils the new daily inspiration book composed from his written work at the event. Photo/Tenzin Phende/CTA

“The reality of today world is such that the east world depends on the western world and vice versa.

Similarly, this entire world is one community so we have to live side by side with a spirit of brotherhood” His Holiness added.

His Holiness urged to imbibe the practice of ahimsa and Karuna in daily life vis a vis studying and reviving the ancient  Indian knowledge. In fact, he urged the education institutes to include ancient Indian knowledge in their academic curriculum.

”Education should be the medium to promote secularisms, compassion and peace” added His Holiness.

Speaking especially to the students, His Holiness called them the ‘key people’ vested with a responsibility to build a happy future.

His Holiness highlighted his four commitments to the gathering that are the promotion of oneness of humanity, religious harmony, preserving Tibetan religion, culture and language and lastly to revive the interest in the ancient Indian knowledge.

His Holiness then explained the eight verses on training the mind written by Geshe Langri Thangpa.

By thinking of all sentient beings

As more precious than a wish-fulfilling jewel

For accomplishing the highest aim,

I will always hold them, dear.

Whenever I’m in the company of others,

I will regard myself as the lowest among all,

And from the depths of my heart

Cherish others as supreme.

In my every action, I will watch my mind,

And the moment destructive emotions arise,

I will confront them strongly and avert them,

Since they will hurt both me and others.

Whenever I see ill-natured beings,

Or those overwhelmed by heavy misdeeds or suffering,

I will cherish them as something rare,

As though I’d found a priceless treasure.

Whenever someone out of envy

Does me wrong by attacking or belittling me,

I will take defeat upon myself,

And give the victory to others.

Even when someone I have helped,

Or in whom I have placed great hopes

I will view that person as a true spiritual teacher.

In brief, directly or indirectly,

I will offer help and happiness to all my mothers,

And secretly take upon myself

All their hurt and suffering.

I will learn to keep all these practices

Untainted by thoughts of the eight worldly concerns.

And, without attachment, gain freedom from bondage.

Responding to questions from the audience, His Holiness advised practising altruism and compassion above everything else as he noted the purpose of education is serving others

The event was hosted by Tushita Mahayana Meditation Centre to commemorate the celebration of its 40th anniversary and its 22nd dharma celebration.

Tushita Centre was established in Delhi by Ven. Lama Yeshe and its current Spiritual Director, Ven Lama Zopa Rinpoche in 1979 for the preservation and promotion of Tibetan  Buddhism and Indian Wisdom Culture. 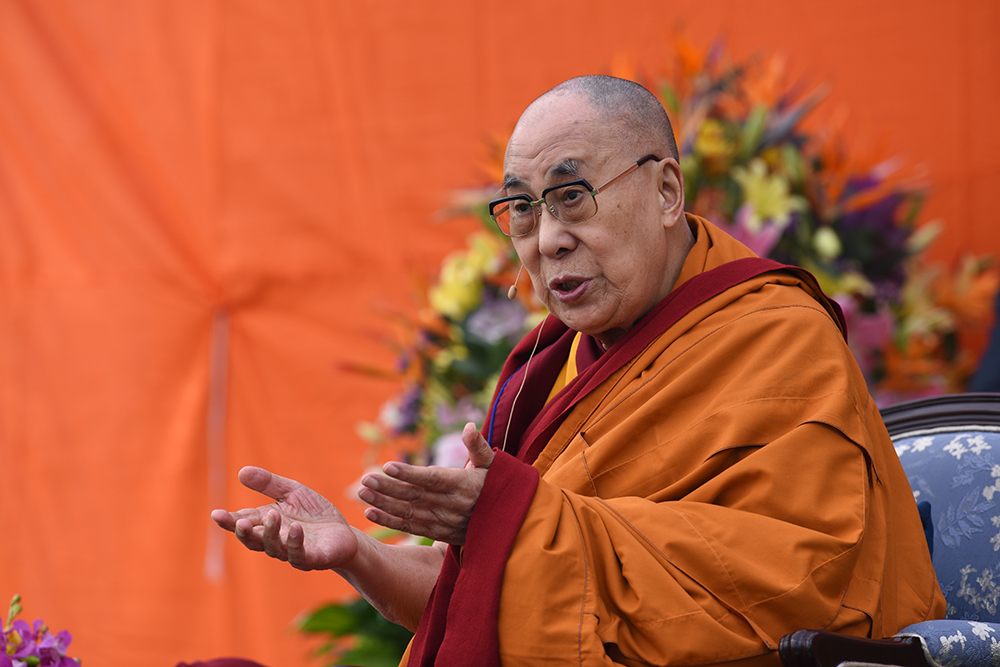 His Holiness the Dalai Lama speaking on the sense of oneness of 7 human billion beings. Photo/Tenzin Phende/CTA. 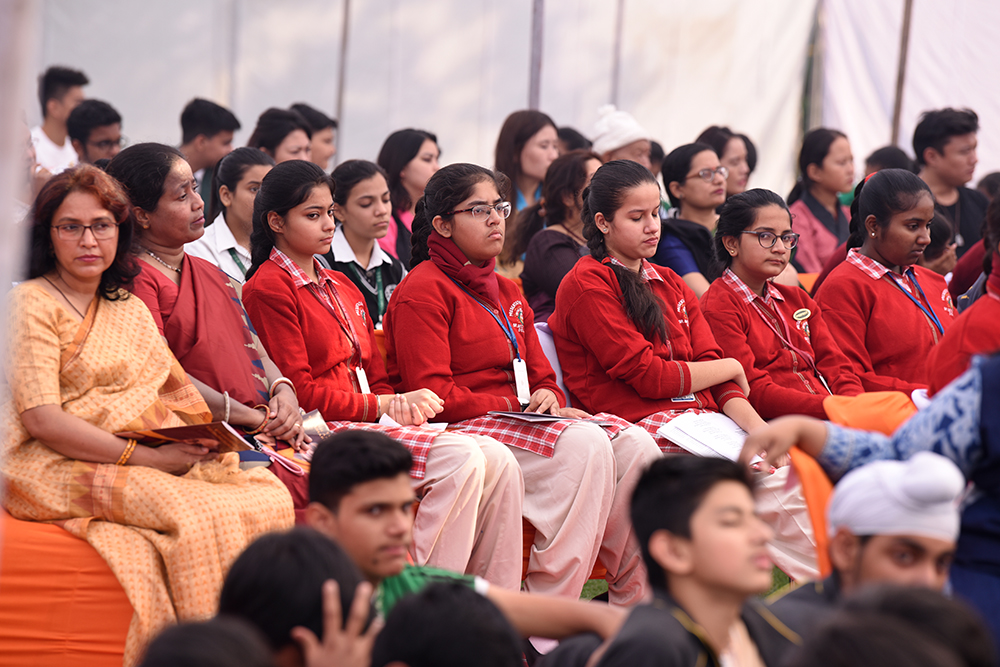 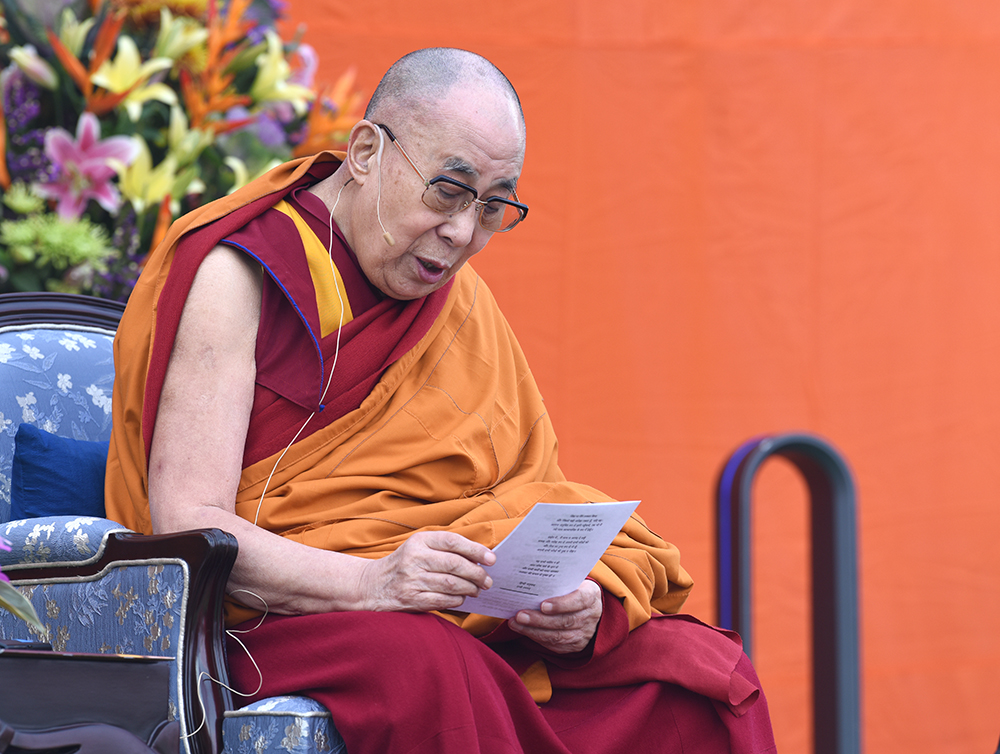 His Holiness the Dalai Lama reciting and explaining the Eight Verses on Training the Mind. Photo/Tenzin Phende/CTA.