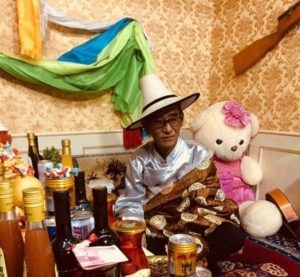 Yeshi Gyatso, a 50-year old former political prisoner in Tibet and a torture-survivor passes away.

On 1 May 2019, at around noon local time Yeshi Gyatso breathed his last.

Yeshi Gyatso was arrested on 31 March 2008 for taking part in the 2008 peaceful protests. He was detained for several months during which he was tortured and beaten severely. The inhuman treatment suffered by Yeshi Gyatso while in police custody left him with deep mental scars with severe psychological impact.

Yeshi Gyatso was son of Kotoh (father) and Tsunmo Kyi (mother) and is survived by his mother. He was from Tsenmo Yarteng village, Rebgong County, Malho (Chinese: Huangnan) Tibetan Autonomous Prefecture in the traditional Amdo province of Tibet.

Yeshi Gyatso’s passing away is the third death of a former political prisoner dying due to health conditions sustained in the Chinese prisons and detention centers in the recent times. Recently former political prisoners Pema Wangchen and Lekshey Thupten passed away due to health complications sustained during the torture inflicted upon them in Chinese prisons.