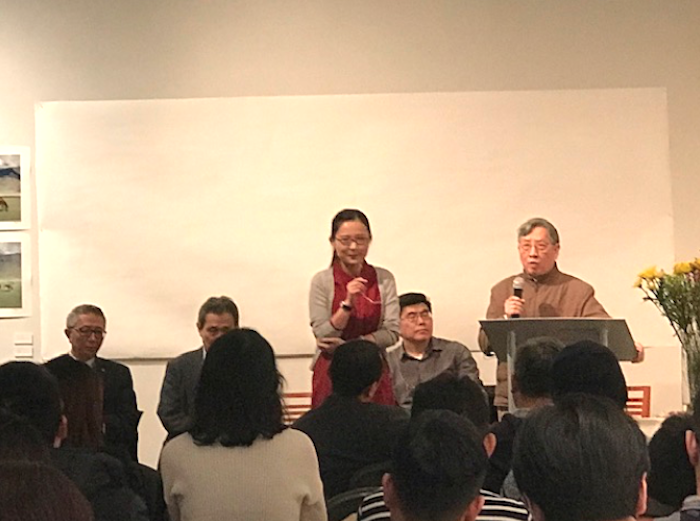 The six hours long event brought together 15 Tibetan and 45 Chinese youths from Universities around New York. There were students and recent graduates from Columbia University, Syracuse University, Baruch College and Hunter College.

The interchange event was arranged into three mini-programs which include a panel discussion with experts on Tibetan issue; Youth interchange of though on Sino-Tibet dialogue; and a dinner event with Tibetan delicacies.

The Panel discussion was moderated by the Chinese Liaison officer, Tsultrim Gyatso of the Office of Tibet and joined by other scholars and analyst of Sino-Tibet issue.

Mr Hu Ping, Chief editor of Beijing Spring Journal spoke on decades-long of friendship with Tibetan people and praised the Tibetans for keeping their pride of being Tibetan even at the fourth generation after Chinese occupation.

Professor Xia Ming from CUNY graduate center shared his thoughts on Tibet while he introduced his new book on Tibet.

Mr Ding Yifu brightens the audience by introducing his involvement in Mind and Life Conference that was started by His Holiness the Dalai Lama.

Mrs Li Jianlin spoke about the importance of modern Tibetan history and why it matters to Tibetan and Chinese.

Lastly, former Chinese Liaison officer Mr Kunga Tashi gave an in-depth presentation on Middle way approach and asked the young Chinese to listen to both sides of the story in order to choose their stand. Questions were raised one after another and the turn out from this program was a major success.

Youth Interchange of thoughts on Sino-Tibetan dialogue started with some ice-breaking games. Participants were able to share their perceptions on the general culture questions and extended their conversation on political issues as well. Regardless of the gap of understanding on Sino-Tibet issue within the participants, this event was able to create a firm bridge to connect the youth.

After hours of sharing and exchanging thoughts, Sino-Tibet Youth Interchange concluded with the young Tibetan and Chinese youths enjoying together delicious Tibetan momos. 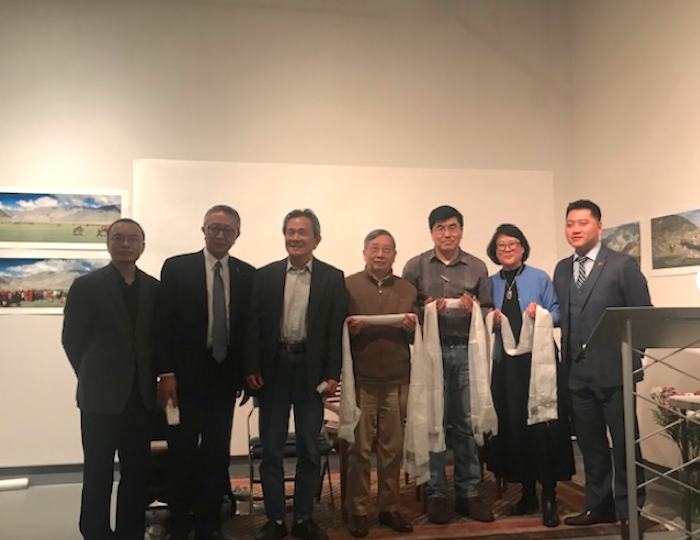 Office of Tibet, DC felicitates the guest speakers of the panel discussion. 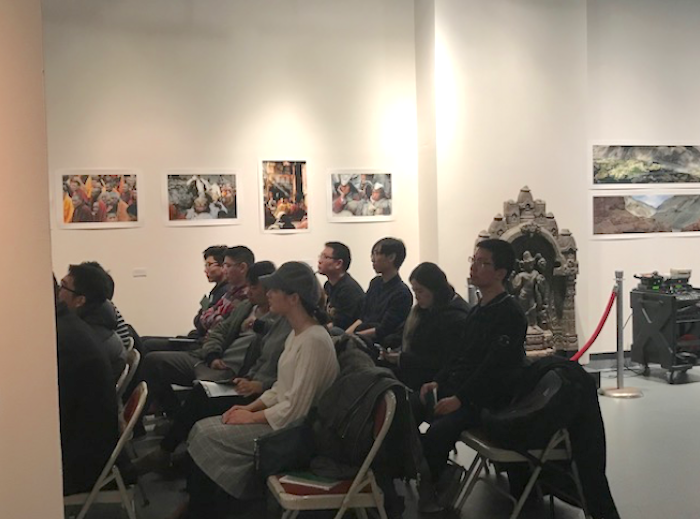