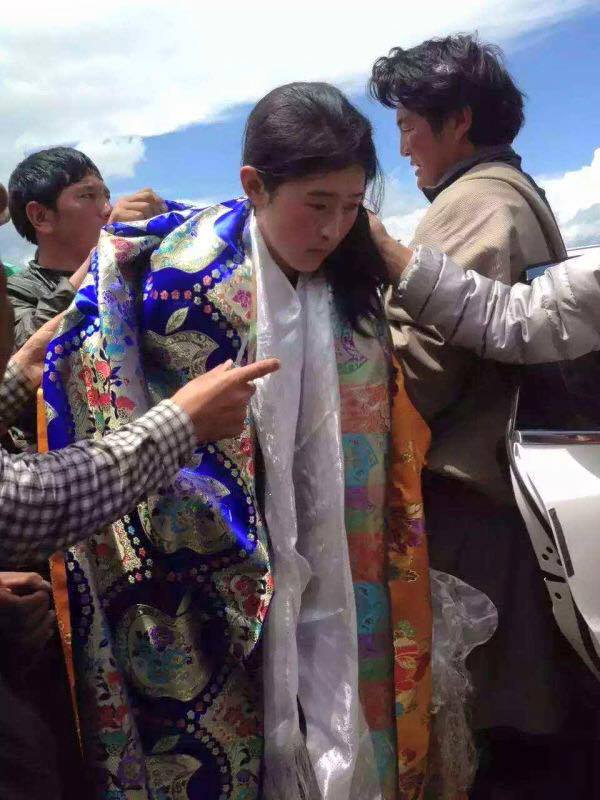 Wangmo on her arrival at Meuruma, Ngaba County.

DHARAMSHALA: Wangmo, a 22-year-old Tibetan girl, who was detained by Chinese authorities recently for a lone protest against the Chinese government on 15 July was released. She returned home and was given a hero’s welcome on arrival at her native village of Meruma in Ngaba County.

Wangmo was arrested after she staged a lone protest, holding a portrait of His Holiness the Dalai Lama, on the main street of Meuruma township in Ngaba county.