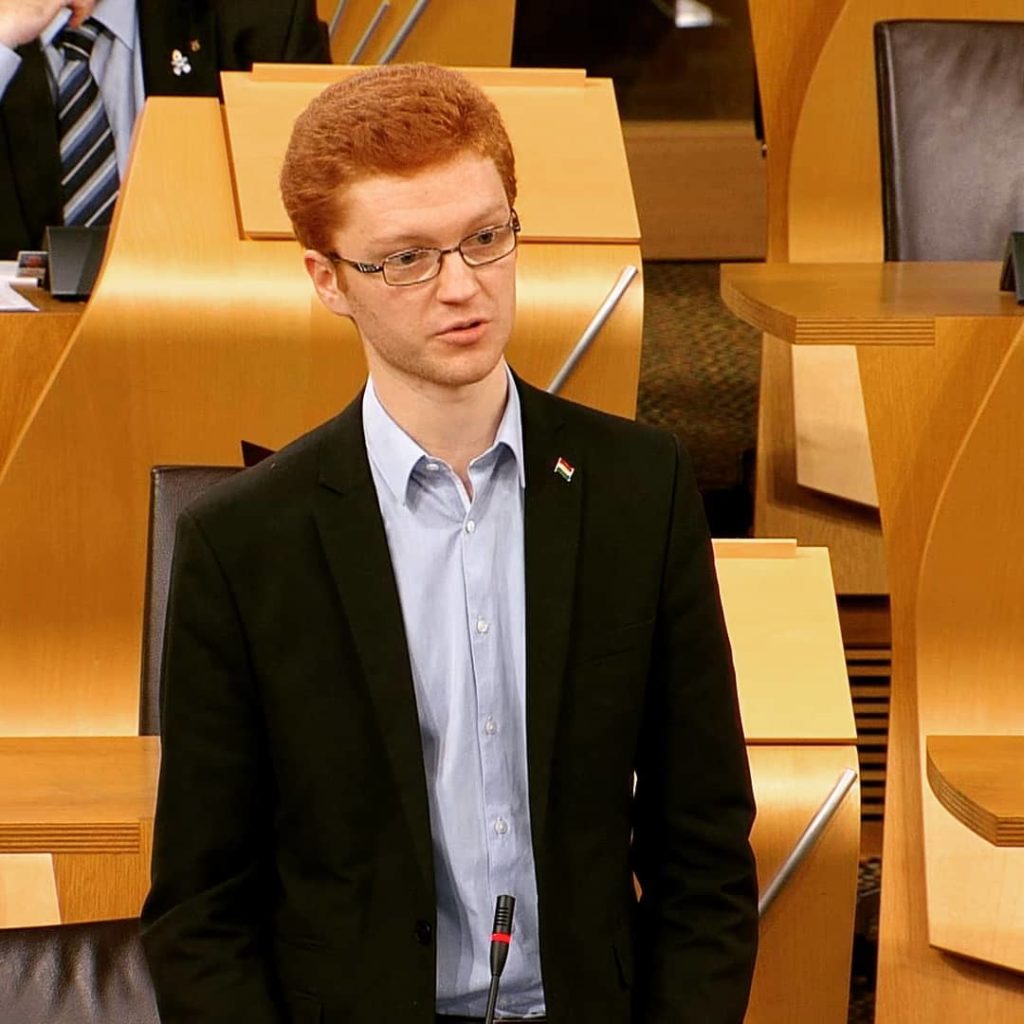 Dharamshala: Hon Ross Greer, Green MSP for West Scotland and Scottish Cross-Party Group on Tibet has tabled a motion in the Scottish Parliament highlighting the case of the enforced disappearance of the 11th Panchen Lama on 23 April.

The motion acknowledges “the month-long global advocacy campaign by the Central Tibetan Administration (CTA) to mark the 25th anniversary of the abduction of the then six-year-old Panchen Lama Gedhun Choekyi Nyima and his family by Chinese authorities; further notes that the advocacy campaign will run from 25 April to 17 May 2020; understands that the CTA has repeatedly raised this issue with the UN Committee on the Rights of the Child; notes what it sees as the unsubstantiated claim by the Chinese Government that Gedhun is living a “healthy, normal life”;”

It also expressed concern “that independent experts have not, it believes, been permitted to meet Gedhun and verify this information since his abduction in 1995,” and called on “the UK Government to raise the wellbeing of Gedhun and his family through diplomatic means.”

MSP Ross Greer and MSP Linda Fabiani as convenors of the Cross-party Group on Tibet have written to UK foreign secretary Dominic Raab that the UK Government raise the issue of the Panchen Lama with the Chinese Government. Read the letter here: 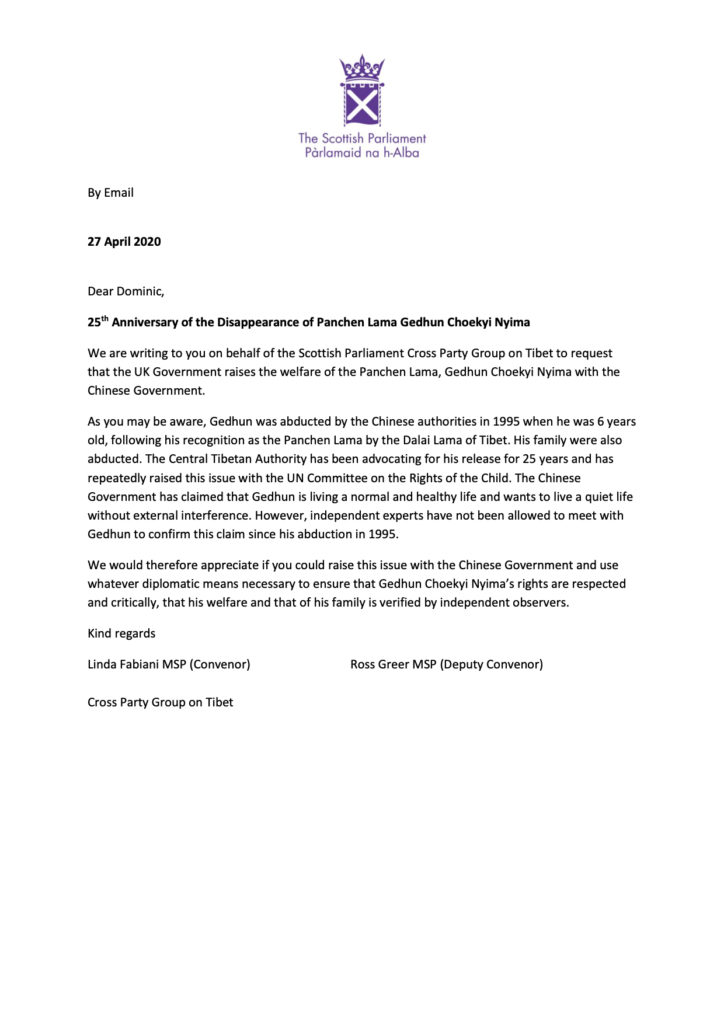