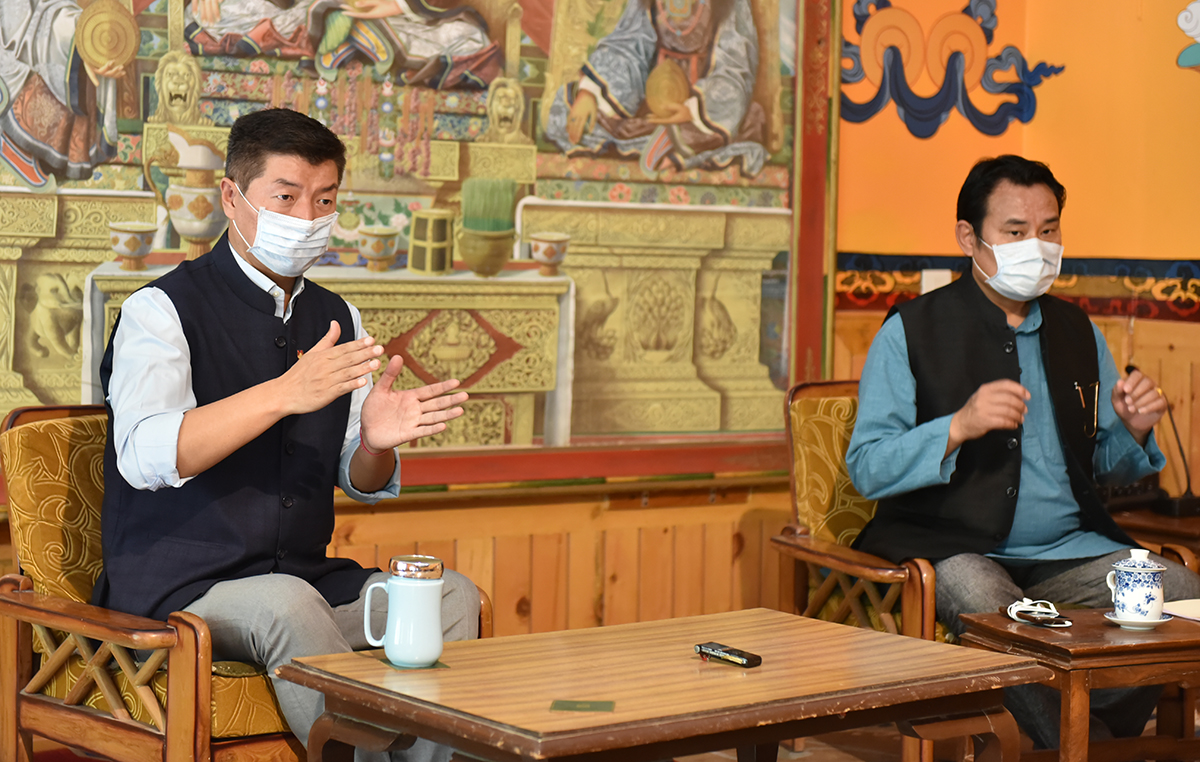 Dharamshala: At the Task Force meeting today, chaired by Sikyong and Health Kalon, attended by secretaries of departments reviewed updates on the various COVID-19 relief measures undertaken by the CTA.

The monitoring committee updated on the data of those under quarantine: there are about 392 Tibetans from 26 settlements in India and 1 settlement in Nepal. Active screening of COVID-19 symptoms is covered in 32 settlements in India and 4 settlements in Nepal, covering a total of 34,298 people. Of that, 47 people with respiratory problems are being monitored for symptoms. Surveillance of Gangkyi and nearby regions has increased by 1259 people within a week. Monasteries and most schools are actively taking thermal tests on their own.

Mental Health Committee has received a list of 288 people with psychological issues from 22 settlements, of which 260 have been contacted. Based on the admission of their issues, they will receive counseling services via calls once to twice weekly. Those from settlements in Nepal who are hard to reach are provided contacts of counsellors at SLF.

The procurement committee updatd that more than 12 lakhs have been spent on protective gear for frontline workers from the 15 lakhs sanctioned, for essentials like PPEs, N-95 masks, surgical gloves, etc.

Health Secretary Palden Dhondup informed that along with the distribution of Sorig medicine, they are also carrying out surveys to determine the effectiveness of the medicine and presented the demographic details of the beneficiaries.

Sikyong suggested increasing production of Sorig medicines for export to the Tibetans abroad, who are residing in high risk countries.

While there are eligibility criteria for the provision of Sorig medicines, Sikyong stressed that everyone should be able to procure the medicines.

He directed the committee to publish posters in the quarantine facilities with contact details for placing orders.

Security department official was directed by Sikyong to build a data analysis of entrants into the Gangkyi complex to determine the movement rate.

Information Secretary expressed the need for stranded Tibetans without Aadhaar proof of residence in the state to inform prior to entry and have strong supporting reasons for the lack of the same without which they could be denied entry.

Sikyong concluded that the arrangement of quarantine facilities is especially difficult in the current situation where even the most affluent countries have fallen short.

He commended the dedicated CTA staff and said hailed their efficient COVID-19 containment efforts as a model for others. 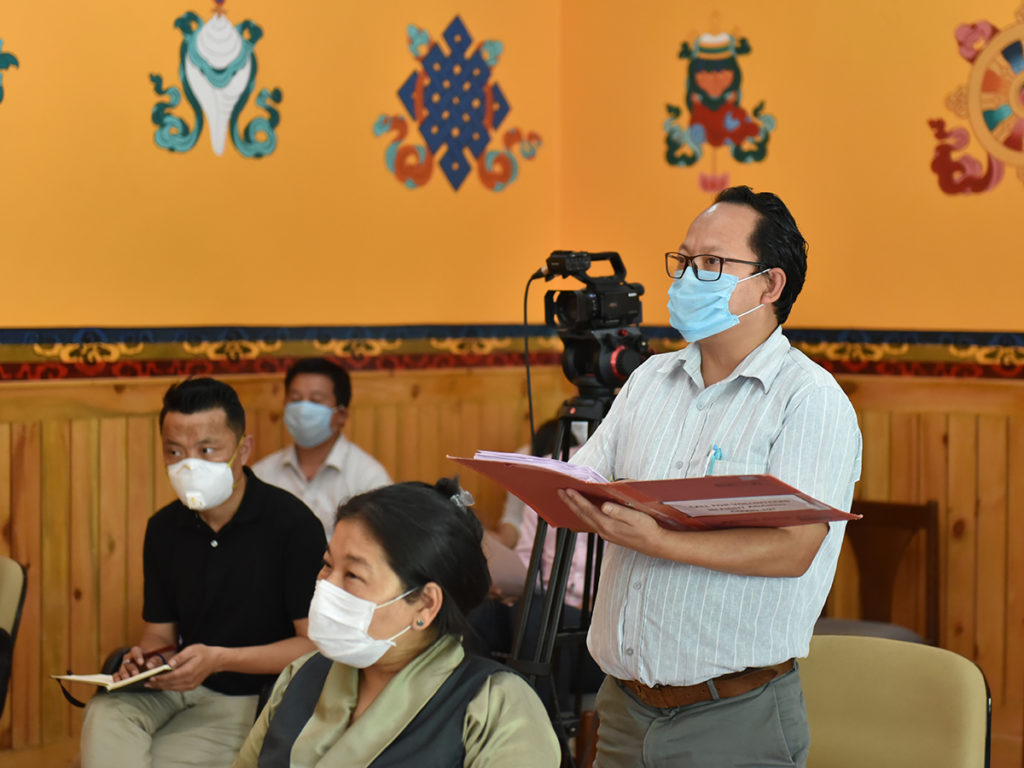 Subcommittees update the Sikyong on the weekly developments. 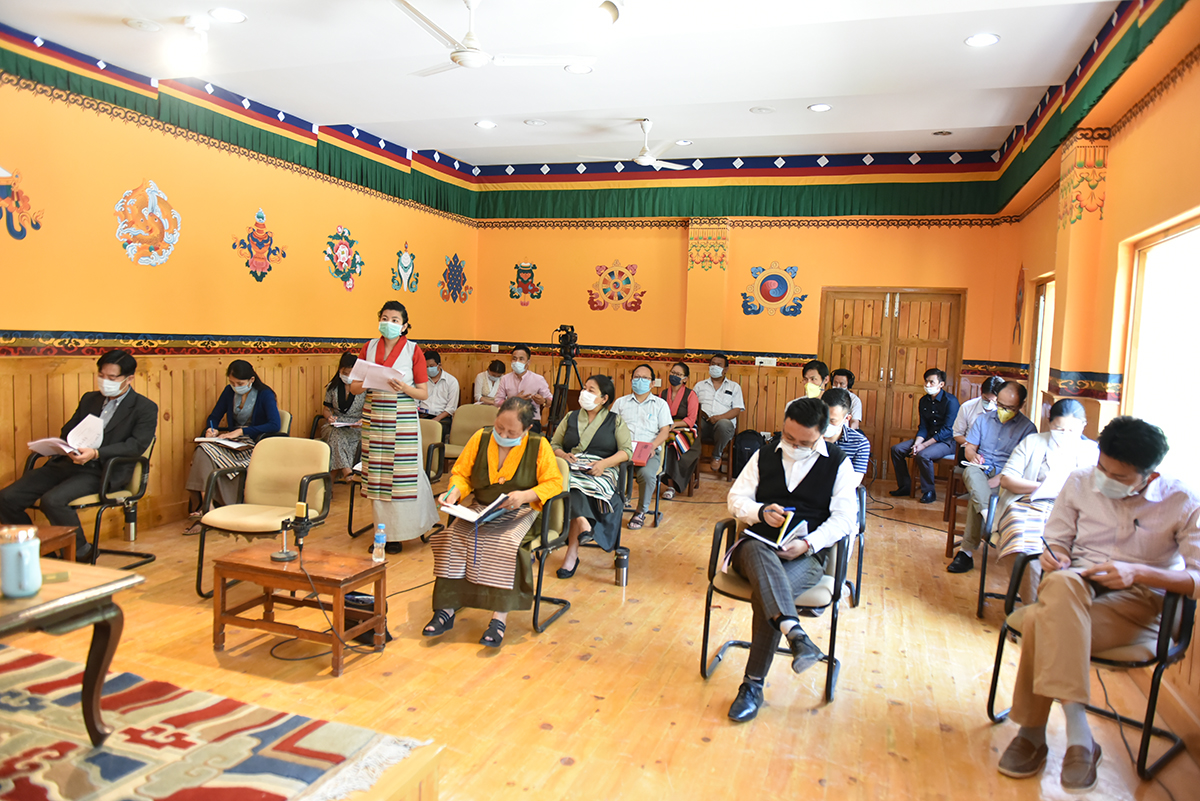 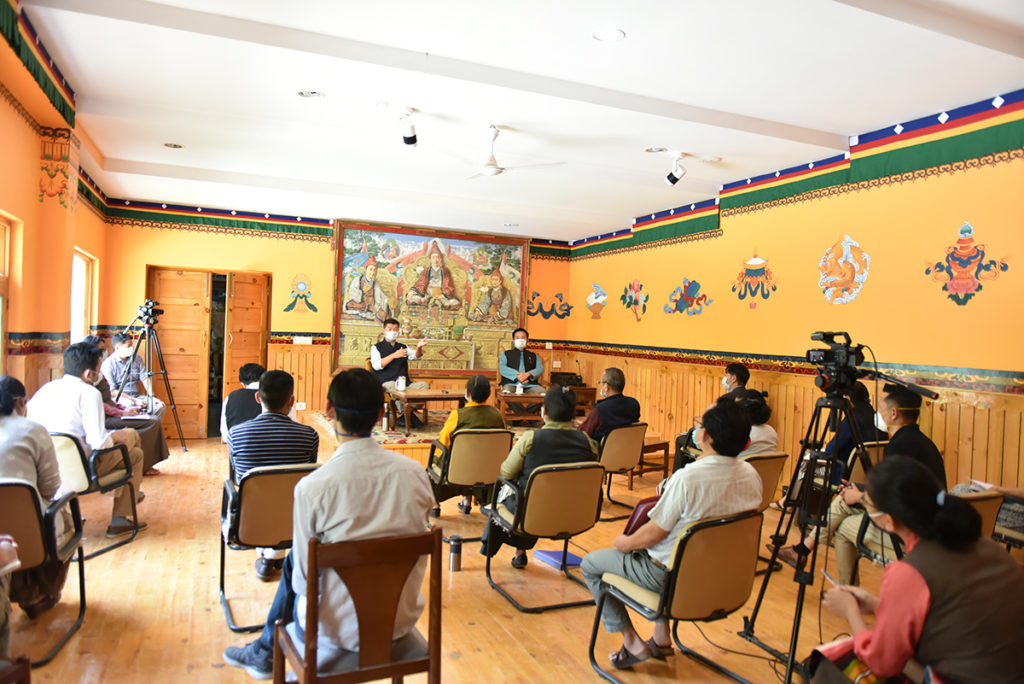 The Task Force meeting in session.