Secretary Karma Choeying, Department of Information and International Relations, presided over the ceremony through a live video conference while Kasur Kirti Rinpoche attended as an official witness. Many others including staff of the Office of Tibet as well as friends and supporters joined the occasion.

A brief felicitation ceremony was held in honour of both the Representatives, followed by meetings with important dignitaries and friends of the OOT in Taiwan.

Since arriving in Taiwan, Representative Kelsang Gyaltsen paid a series of courtesy calls on eminent dignitaries including a visit to Foreign Minister Joseph Wu on 16 April and met a number of Tibet supporters and groups and representatives of local Buddhist institutions.

Prior to his appointment, he served as the Chinese Liaison Officer, Office of Tibet, Canberra since 2017. He also served as an elected member of the 14th and 15th Tibetan Parliament-in-Exile. 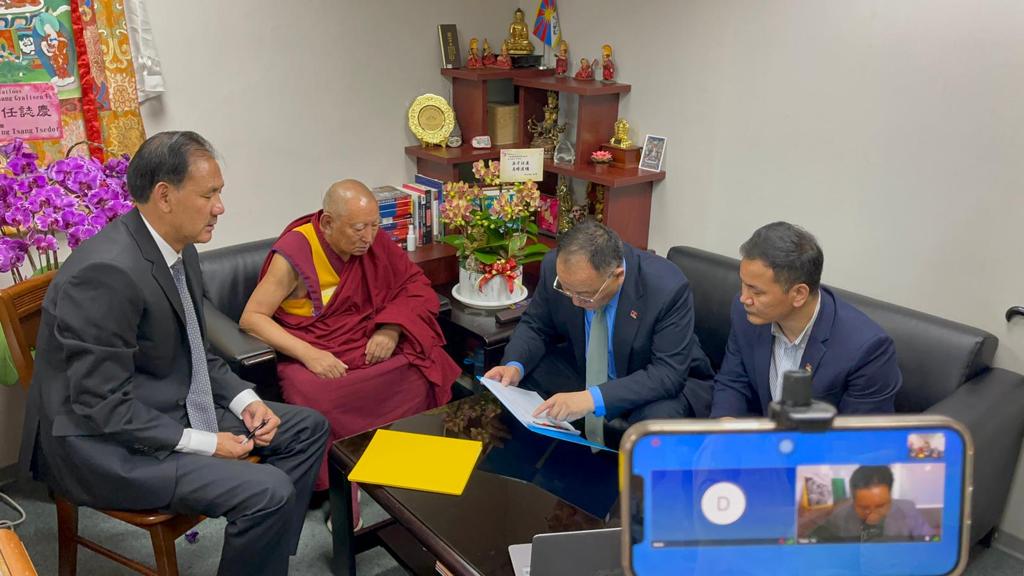 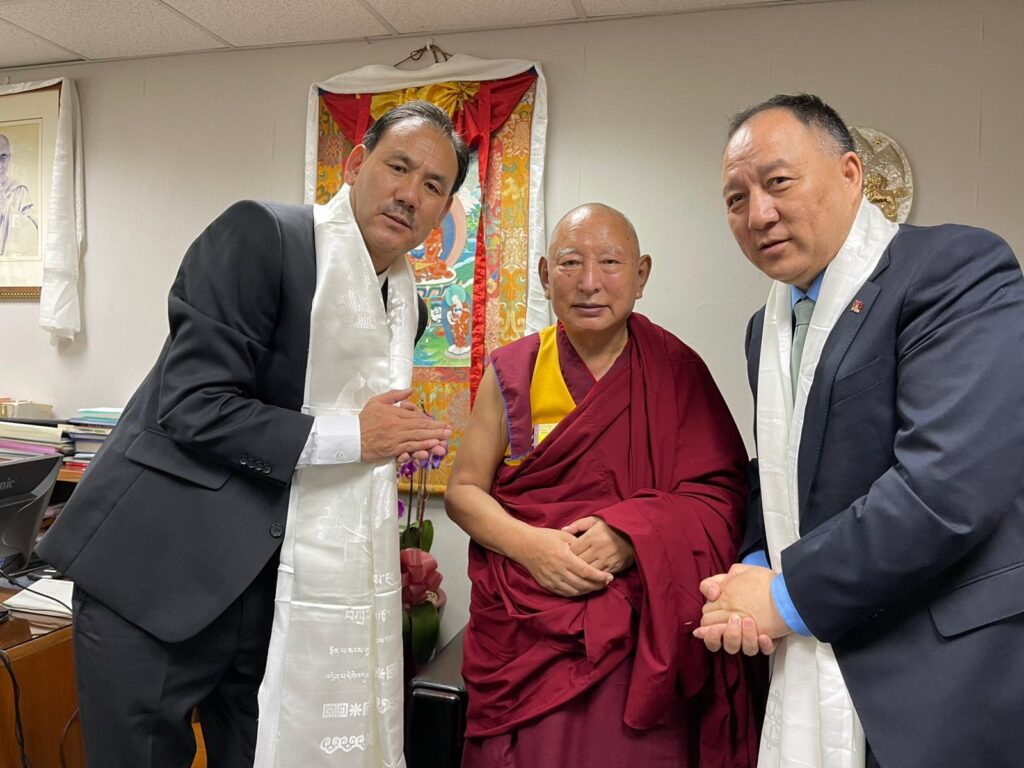 Courtesy calls by the new and outgoing Representatives.

Courtesy calls by the new and outgoing Representatives.