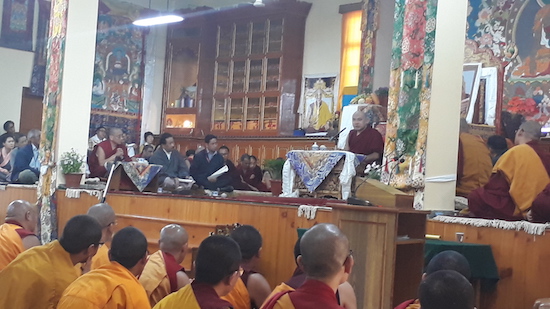 DHARAMSHALA: Kalon Karma Gelek Yuthok, Department of Religion and Culture, Central Tibetan Administration, attended the convocation ceremony of the Institute of Buddhist Dialectic, Dharamsala and the college of higher Tibetan studies, Sarah, this morning. The event was held at Sarah college of Tibetan Higher Studies.

Pal Gyalwang Karmapa Ogyen Thinlay Dorjee graced the inauguration of the convocation as the chief guest. The function began with recitation of prayers by the students followed by serving sweet rice and butter tea to the guests, staff and students.

Ven. Kalsang Damdul, the director of IBD and CHTS gave welcome speech and briefly introduced the college and courses provided by the institution. Mr. Passang Tsering, Principal of CHTS read out the report of the college. The function was attended by Mr. Topgyal Tsering, secretary of Kashag secretariat, CTA, Mrs. Nangsa Choedon and Mr. Karma Senge, Secretary and Acting Secretary of Department of Education, representives of monasteries and heads of various Institutions.

Congratulating the outgoing students, Kalon Karma Gelek Yuthok urged them to work towards fulfillment of wishes of His Holiness the Dalai Lama and raised concern over degenerating moral values these days that threatens unity of the society.

– Report filed by Department of Religion and Culture – 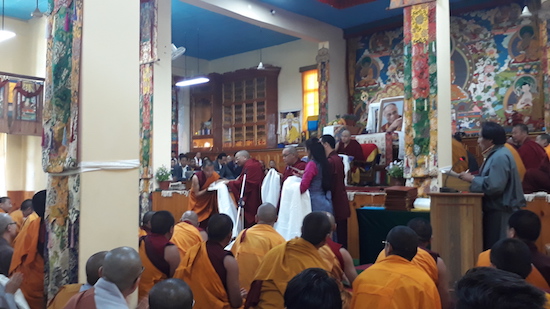