Education Kalon and Secretary with Prof. Santishree D Pandit and other administrators of JNU on 28 April 2022.

The fee hike imposed by the university in 2019 limited third and fourth-generation Tibetan students in India from seeking admission, given the status quo of Tibetans in India, whose incomes are derived mainly from the seasonal sweater business.

In response to the fee hike and its repercussion for Tibetan students, the Education Kalon and Secretary appraised the Vice-Chancellor on challenges faced by Tibetan students from schools affiliated with CBSE. The two visiting delegates from CTA informed the latter of the increasing number of Tibetan students enrolling in JNU before the announcement of increased fees and working at various organisations, including JNU itself, multiple departments in CTA, and organisations in foreign countries after the graduation during the interaction.

In the announcement circulated by the admission section of JNU on its website dating 1 July 2022, the Deputy Registrar declared “the fee of Tibetan students admitted for Academic Session 2022-2023 shall be at par with that of the similarly admitted Indian students.” 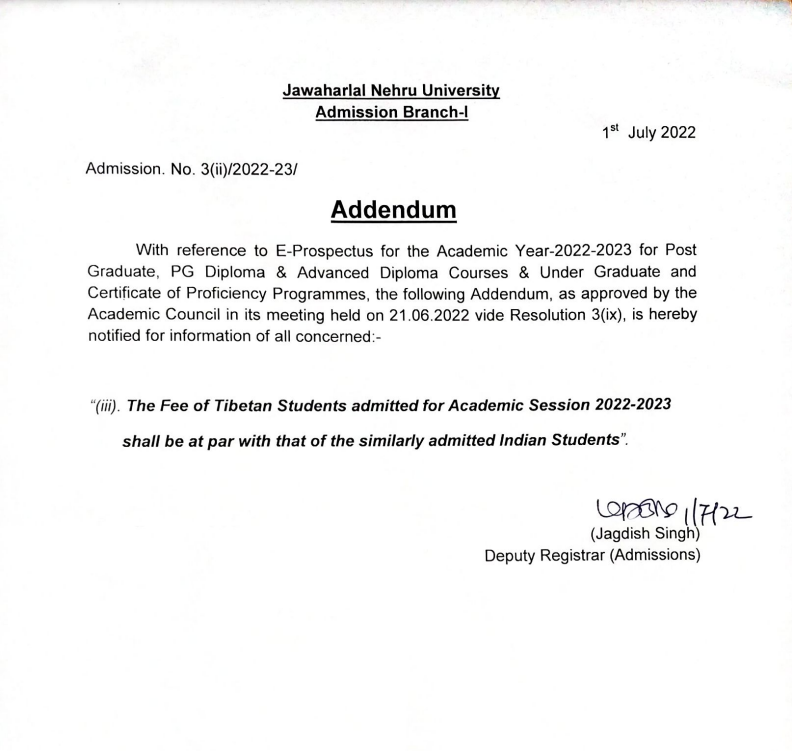