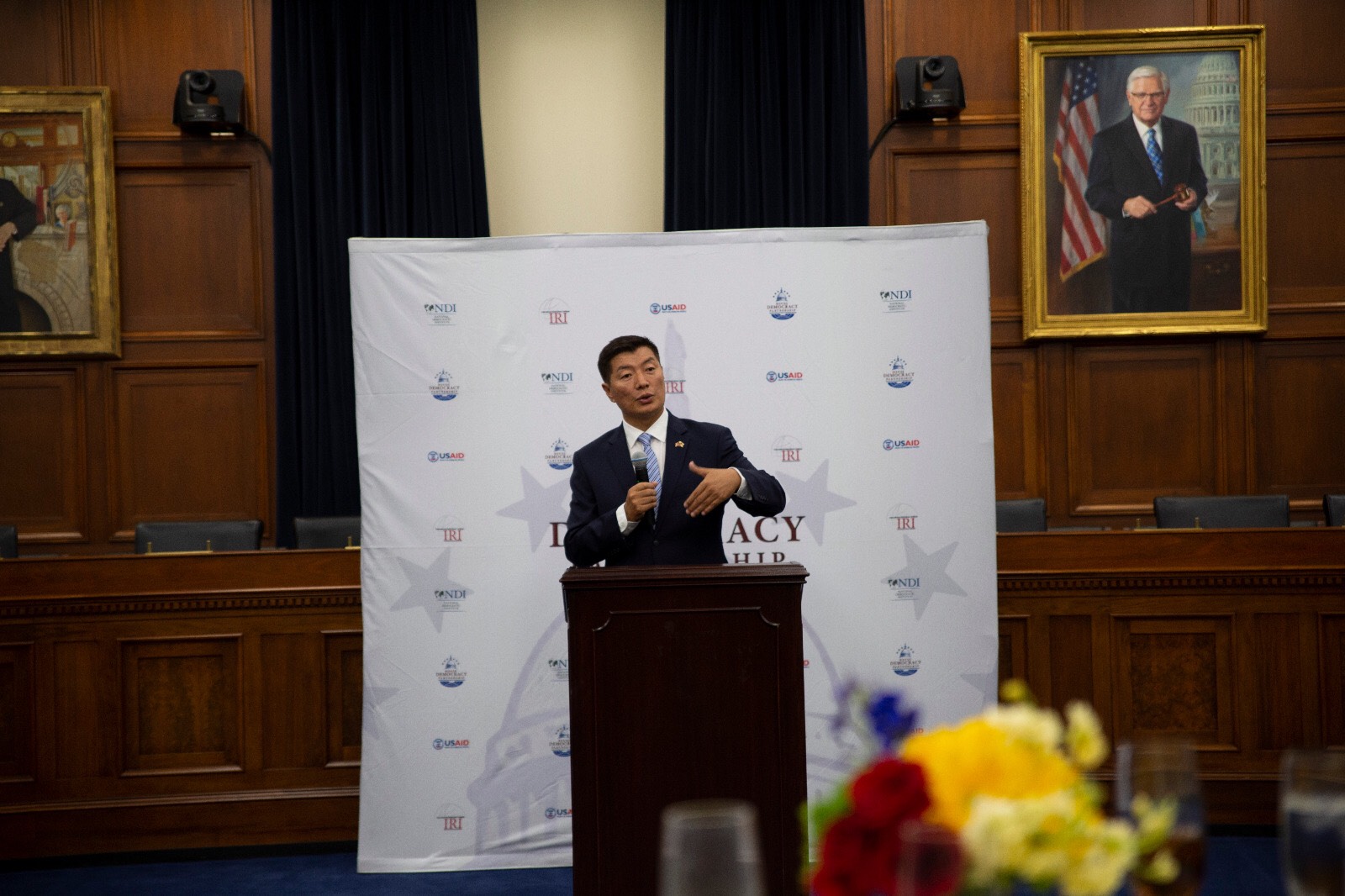 Washington D.C.: Sikyong Dr. Lobsang Sangay arrived in Washington D.C this Monday for a series of meetings to discuss the new Tibet Policy Act and to highlight the importance of religious freedom for the reincarnation process. 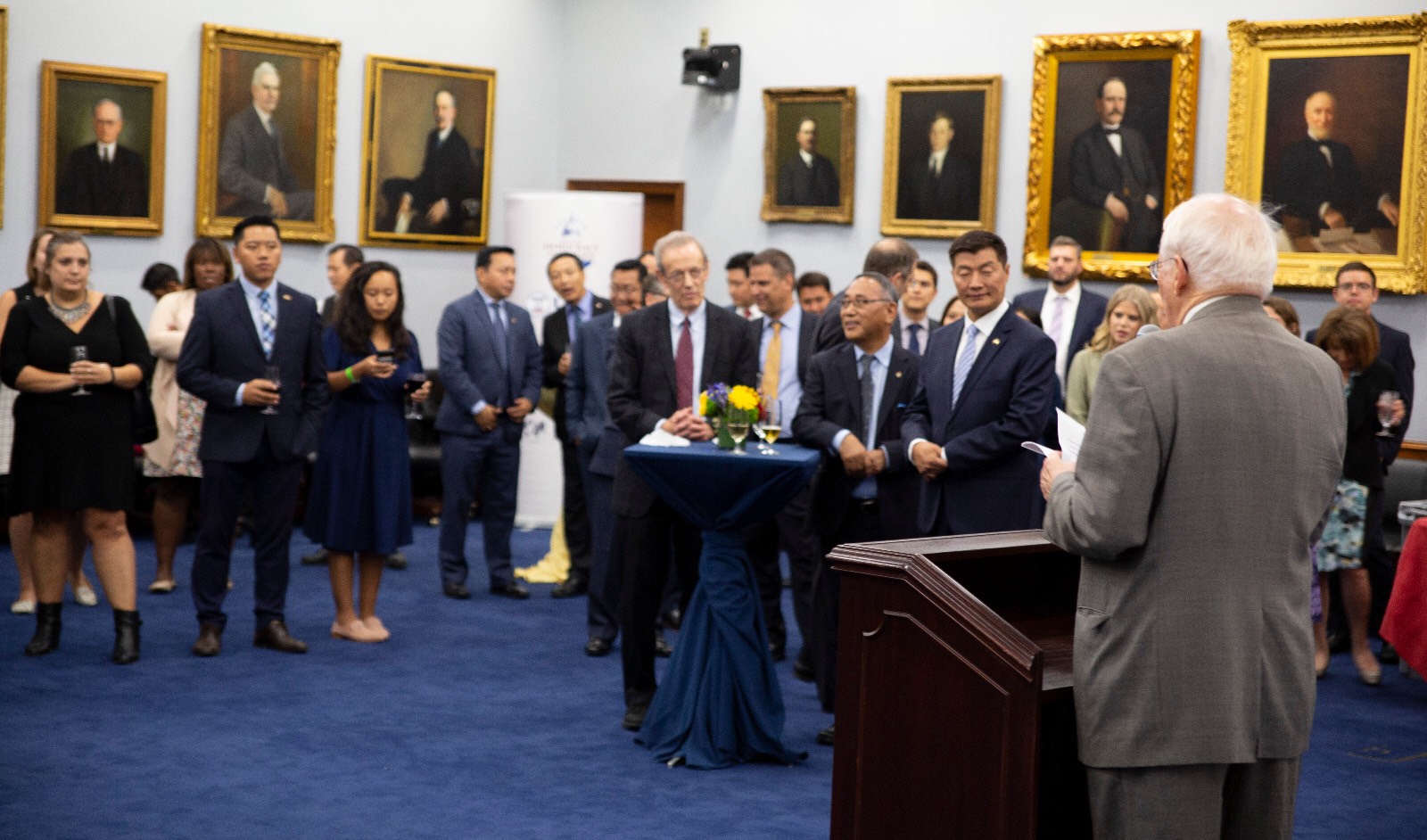 “This [Tibet] has always been a bipartisan issue,” explained Congressman Price, the first speaker of the night.
Sikyong gave a speech stating his thanks for those who organized the event and praised His Holiness the Dalai Lama’s past and current leadership as a compassionate and forward-thinking icon. Sikyong joked that His Holiness had his longest lunch ever with the Dharamshala delegation. 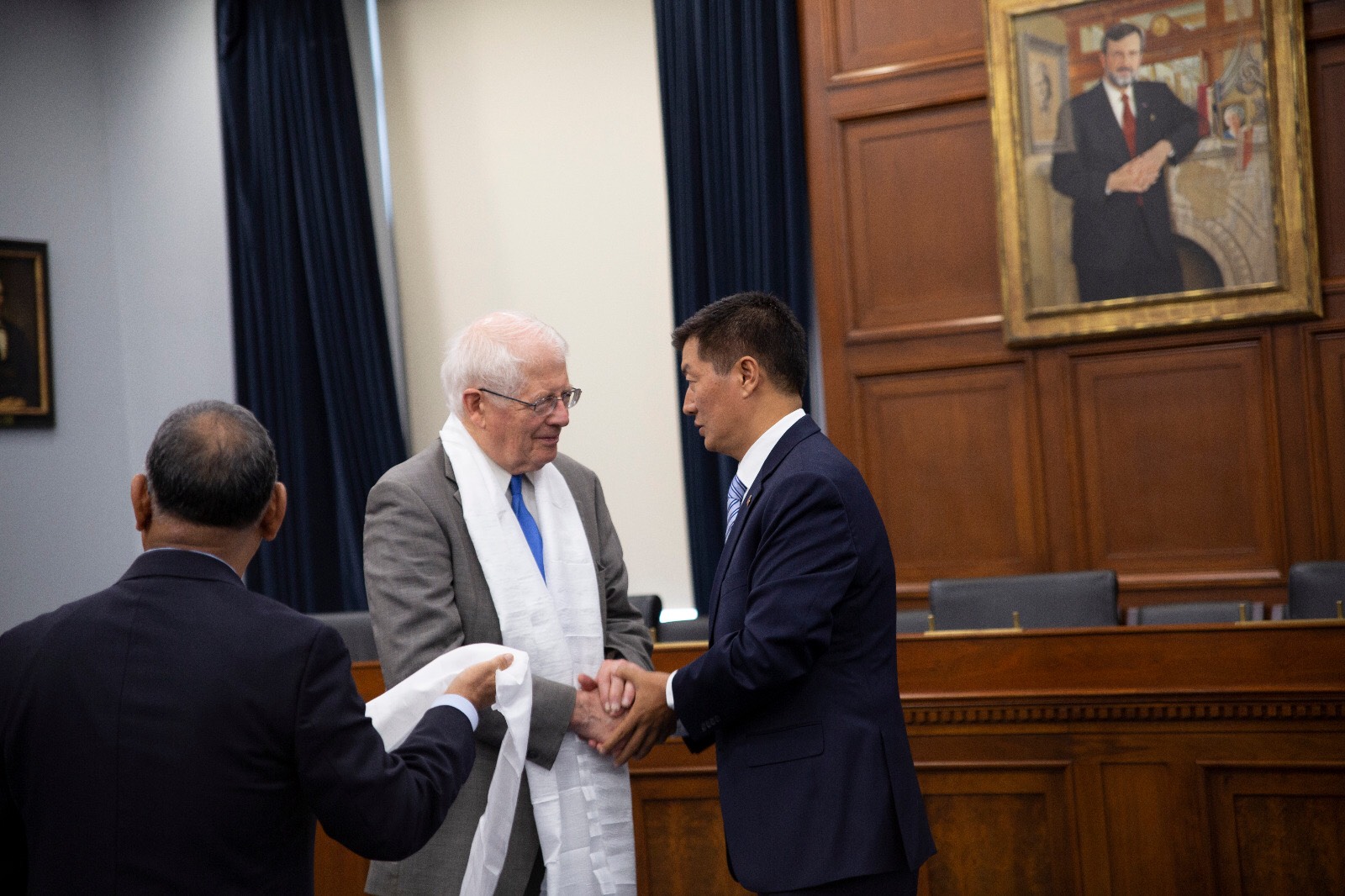 Speaker Nancy Pelosi came to the reception immediately after a house vote and gave a riveting speech about her support for Tibet, His Holiness the Dalai Lama, and the Central Tibetan Administration. She shared fond memories of her time with His Holiness and also sorrowful moments when she witnessed Tibetan refugees recount the human rights violations in Tibet because of the Chinese government. Speaker Pelosi said she would help make the new Tibet Policy Act a priority in Congress. She stated that the United States loses all moral authority if they fail to stand up against China. 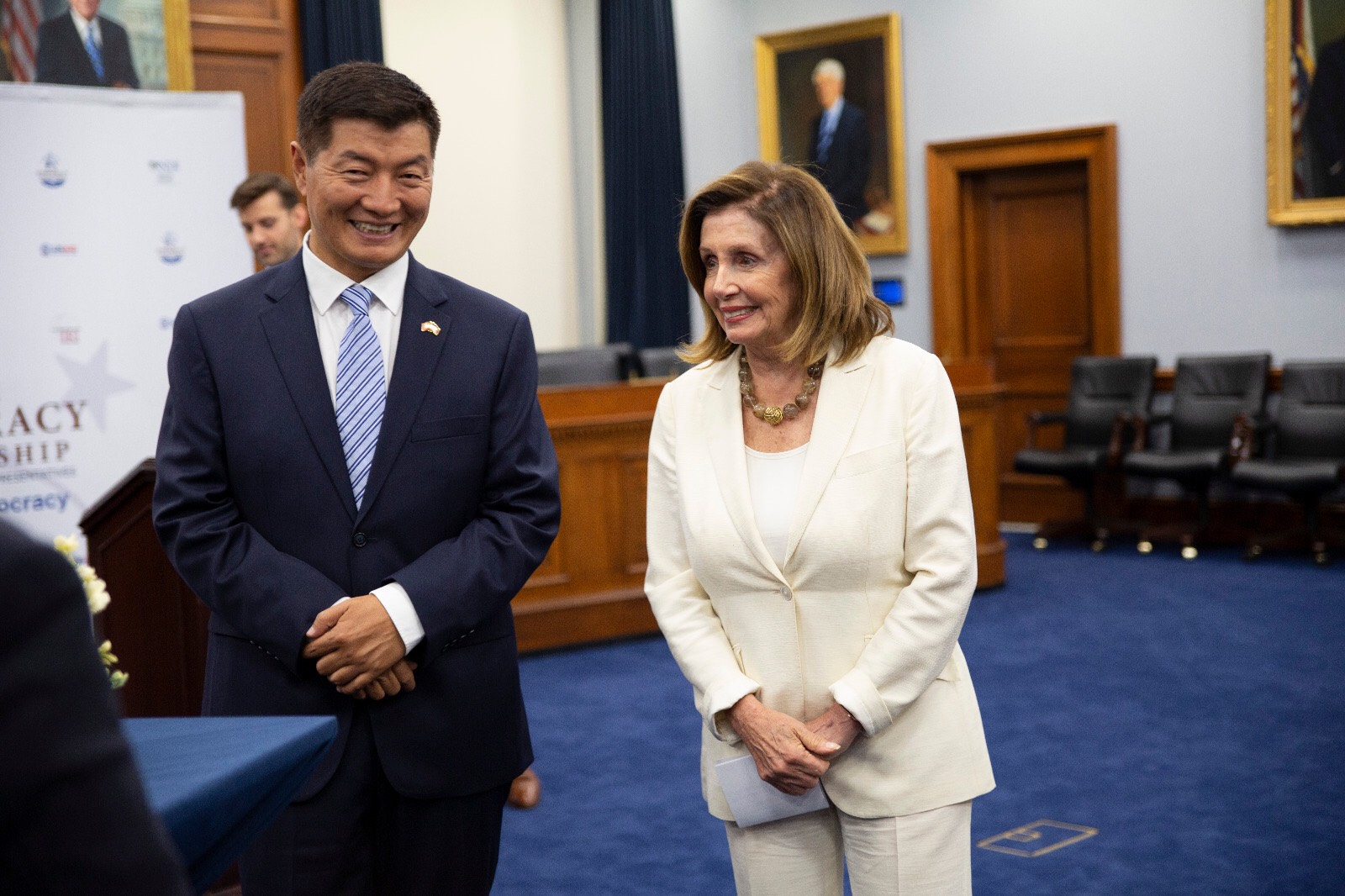 Sikyong Dr. Lobsang Sangay with Speaker Nancy Pelosi, a staunch supporter of Tibet at the event.

Sikyong earlier in the day met with Congressman Jim McGovern, the chairman of the Congressional-Executive Commission on China, and Jon Stivers, the staff director of the CECC. They discussed the new Tibet Policy Act, which will be announced formally within a few weeks.
-Filed by Office of Tibet, Washington D.C 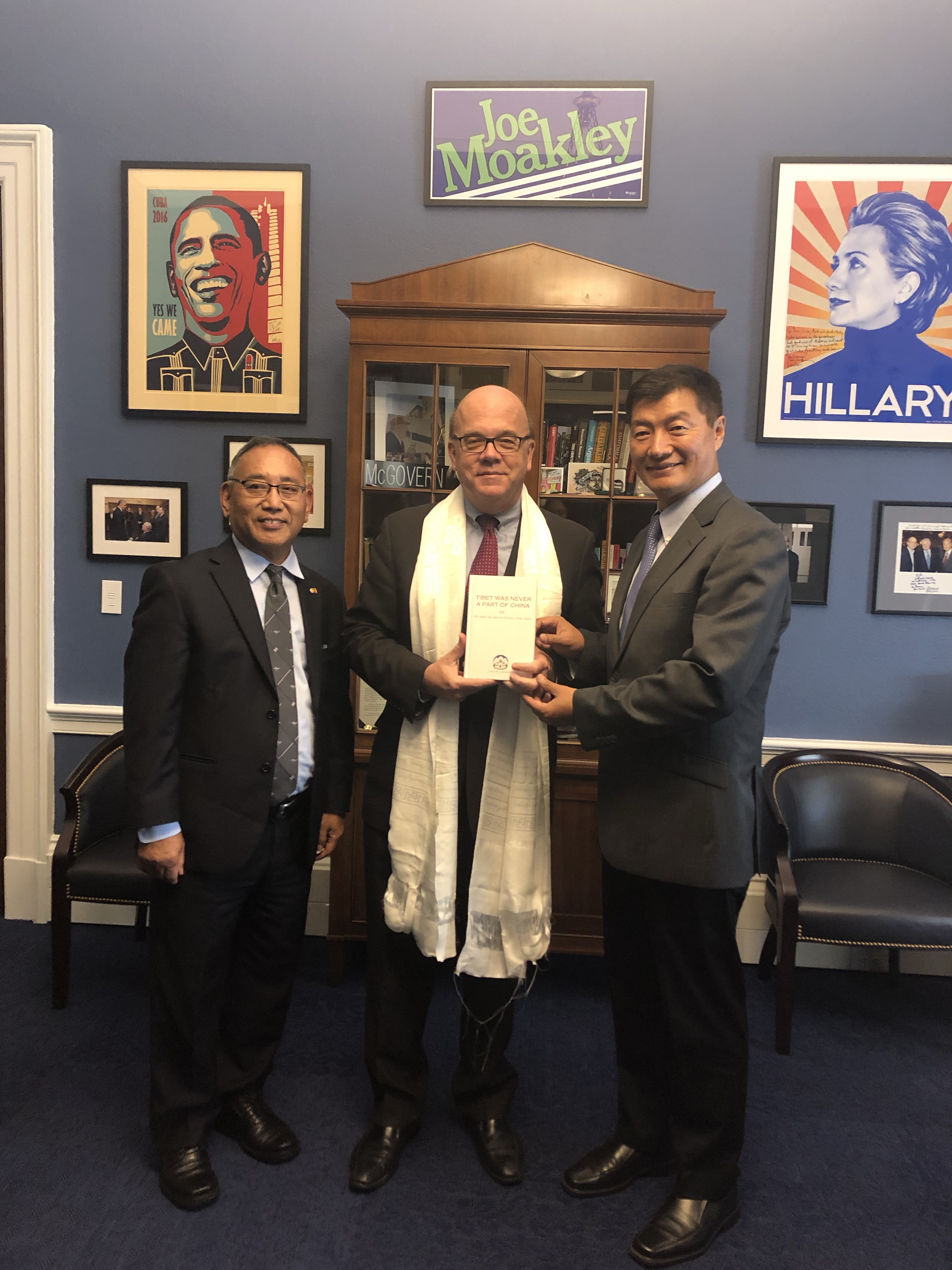 Sikyong Lobsang Sangay met with Congressman Jim McGovern, the chairman of the Congressional-Executive Commission on China. 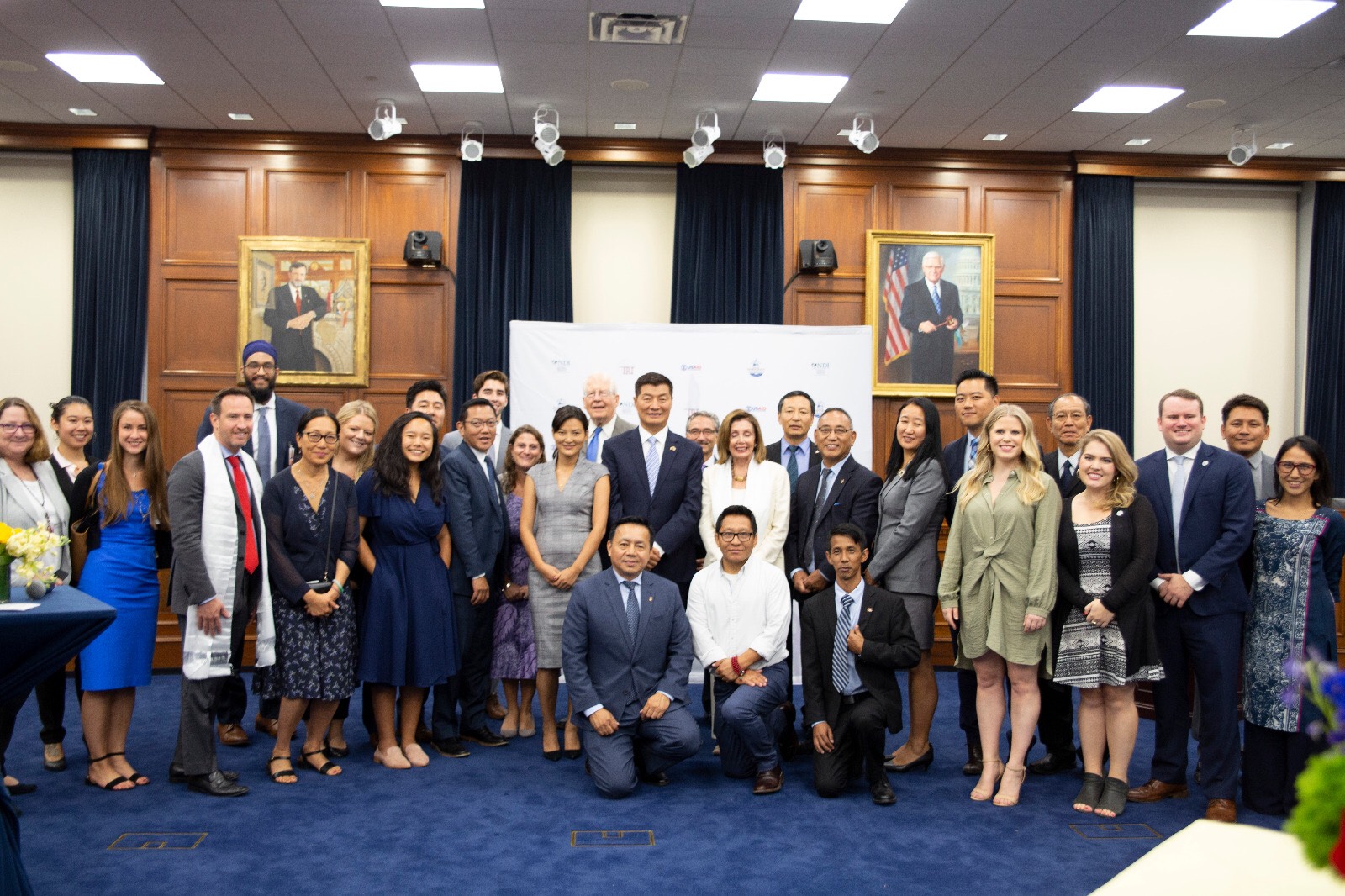 Sikyong Dr Lobsang Sangay with high-level dignitaries of House Democratic Partnership(HDP) and other staffers at the dinner hosted by HDP.