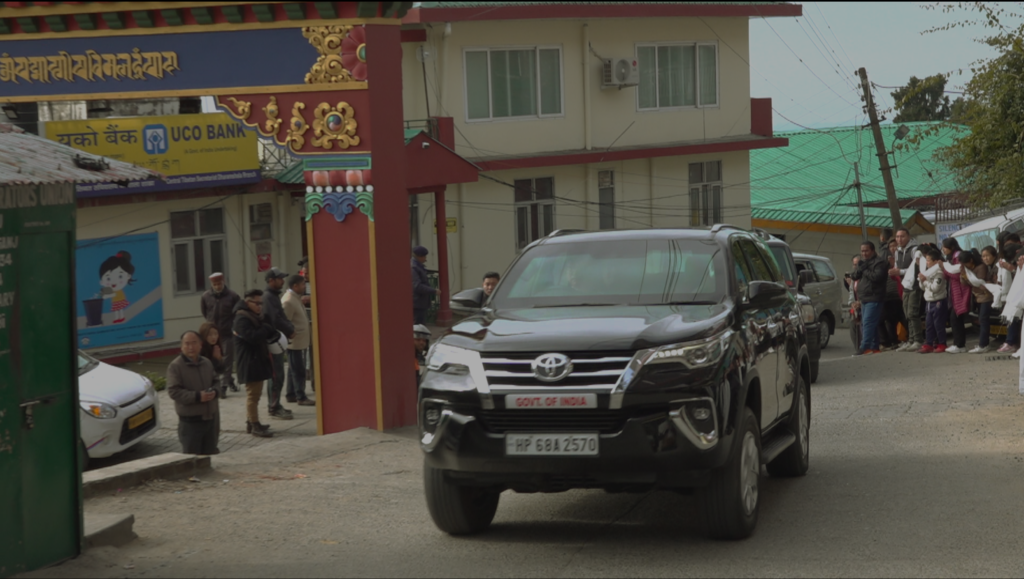 His Holiness the Dalai Lama arrives in Dharamshala to a rousing welcome.

Dharamshala: Tibetan spiritual leader His Holiness the Dalai Lama returned to Dharamshala this morning after concluding his month-long visit to South India and Bodhgaya, Bihar.

During his visit to South India, His Holiness first stopped by Goa where he delivered a lecture on the Relevance of Ancient Nalanda Teachings in our Modern Times at Goa University. Thereafter, he left for Mundgod Tibetan settlement in Hubli where he gave a series of Buddhist teachings, long-life empowerments and launched multiple events at two great seats of Gelug tradition: Gaden and Drepung from 14 to 22 December 2019.

After the successful completion of the Mundgod visit, His Holiness visited Bodhgaya, Bihar where he gave a series of teachings for five days from 2 to 6 January 2020. Then from 11- 18 January 2020, His Holiness participated in various events and delivered lectures on varying topics. During a short visit to Bihar, His Holiness met with Bihar Chief Minister Nitish Kumar and His Holiness had discussed a plan of action to establish a Nalanda institute in Bodh Gaya where studies of ancient Nalanda tradition will be taught as an “academic subject and not a religious one”.

After concluding his engagements in Bihar, His Holiness the Dalai Lama left for Delhi and stayed for a day before leaving for Dharamshala.