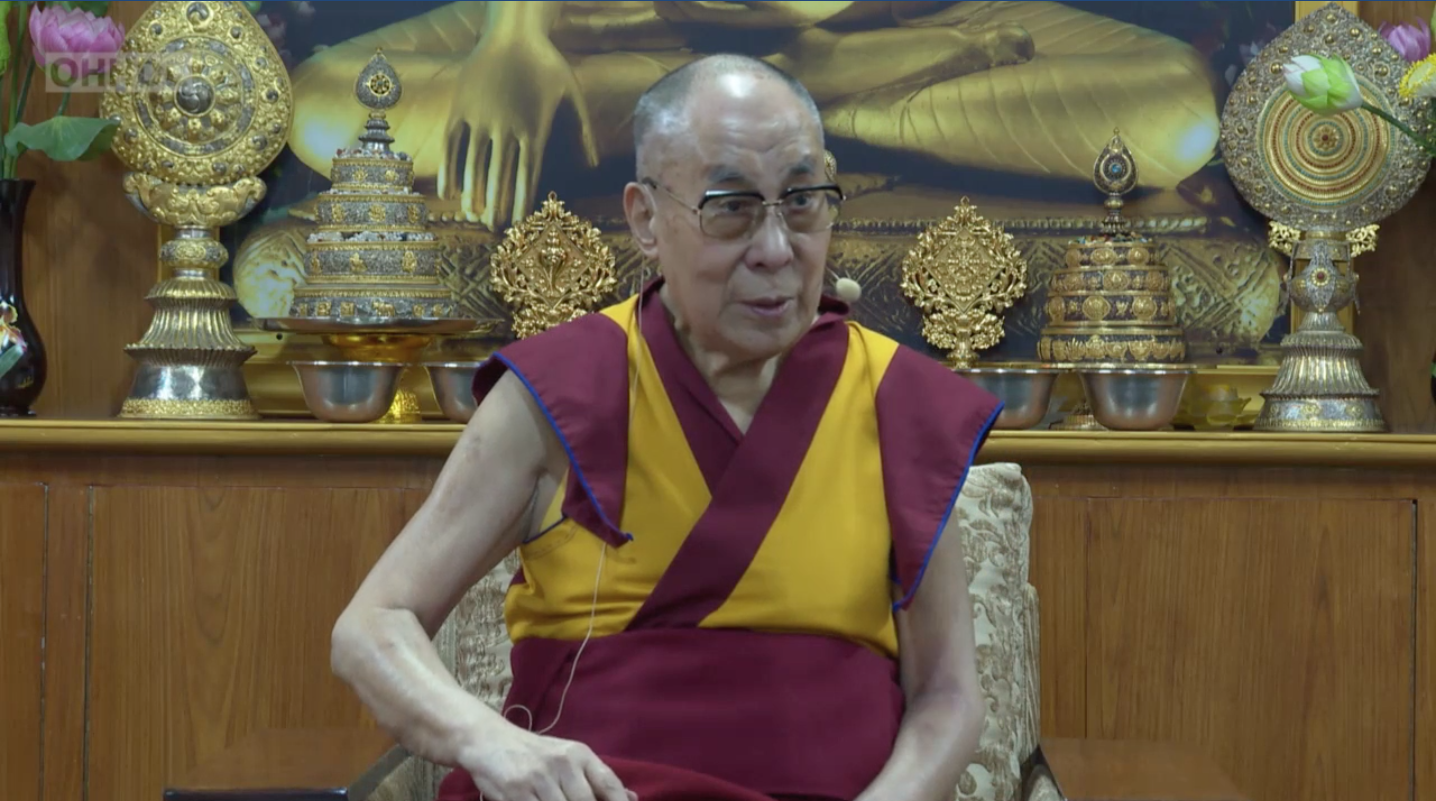 His Holiness the Dalai Lama speaking to the participants of the conference on “Human Education in the Third Millennium” at his residence in Dharamshala on 8 July 2019. Screengrab image

Dharamshala: His Holiness the Dalai Lama met with the delegates of the Round Table Conference on “Human Education in the Third Millennium” at his residence in Dharamshala on 8 July 2019.

Organised by the Save Tibet Foundation, Tibet Culture & Information Center and Library of Tibetan Works and Archives, the conference aims to identify and clearly articulate the main aspects of the significantly challenging problems of our time and establish directions that need to be developed further during the 2nd stage of the Project.
The initial roundtable conference on “Human Education in the 3rd Millennium” is taking place between 7-8 July at Library Tibetan Works and Archives. Delegates from 10 countries are participating.

During the interaction with His Holiness the Dalai Lama, a delegate expressed dissatisfaction with modern education and suggested the need for educational reforms.

Another moderator from Australia presented the four topics of the initial roundtable conference and requested His Holiness the Dalai Lama to share his thoughts and opinions.

The four topics are Policy. Educational reforms: what modern educational policy really means? What educational policy should contain in order to provide what people and their societies need; Democracy. Why is public participation in matters of education important? And how can it be ensured? Mission of education for democracy; Being Human, Is there a need to remember or to discover human nature as the basis of human education? and fourth, What might a human-centered education look like?

To this His Holiness the Dalai Lama responded: “7 billion human beings including those troublemakers come from their mother. Every individual in his prime receives maximum love and affection from his or her mother. My first teacher of compassion is my mother.” His Holiness further spoke about motherly’s love and its impact on their child.

Given that education is supposed to bring a happy life, a happy community and a happy world and as basic human nature is said to be more compassionate, His Holiness questioned: “Then why are there more problems created by humans?”

“Young children before joining the education institutes carry the basic compassionate nature of human being which is very fresh yet after joining the schools, the basic values are not taught or strengthened. There’s no emphasis on how to keep inner peace and when somebody experience anger, jealousy and fear they do not know how to tackle it.”

“So that is today’s world. Because of the materialistic education, the whole generation creates materialistic life, materialistic culture and there is no room for compassion and inner values.”

His Holiness praised the Non-violence concept of Mahatma Gandhi and spoke about his latest commitment on the revival of Ancient Indian tradition to tackle mind.

“India should show the world the concepts of Ahimsa, Karuna, how to tackle when anger comes and combine the Ancient Indian Knowledge with modern knowledge. We already have some programs of teachers training about the mind scheduled this year.”

“Education mainly deals with the brain whether that education is utilized for construction or destruction is related to motivation. The wonderful brain must combine with warm-heartedness and a sense of responsibility.”

He noted that this kind of meeting is a clear indication that a number of educators are beginning to find that the existing education system is not adequate.

The moderator thanked His Holiness the Dalai Lama for the great and valuable contribution.

“These people from different countries now really showing genuine interest which is Interest for humanity, how to build a better world happier world peaceful world. That’s our goal. This brilliant human brain should not be used to make weapons to kill others. This wonderful brain should be utilized to bring a peaceful and happy world,” concluded His Holiness the Dalai Lama.

The main purpose of the Round Table Conference on “Human Education in the Third Millennium” is to consolidate, at the international level, the efforts of thinkers on education and educators concerned with the current state of education in order to counter the neoliberal tendencies in policies that are having a negative impact on human flourishing. They believe that a renewal of educational values can be developed through a critical rethinking of human education and its long-term consequences, and by developing constructive ideas and proposals that are most relevant for globalized world. 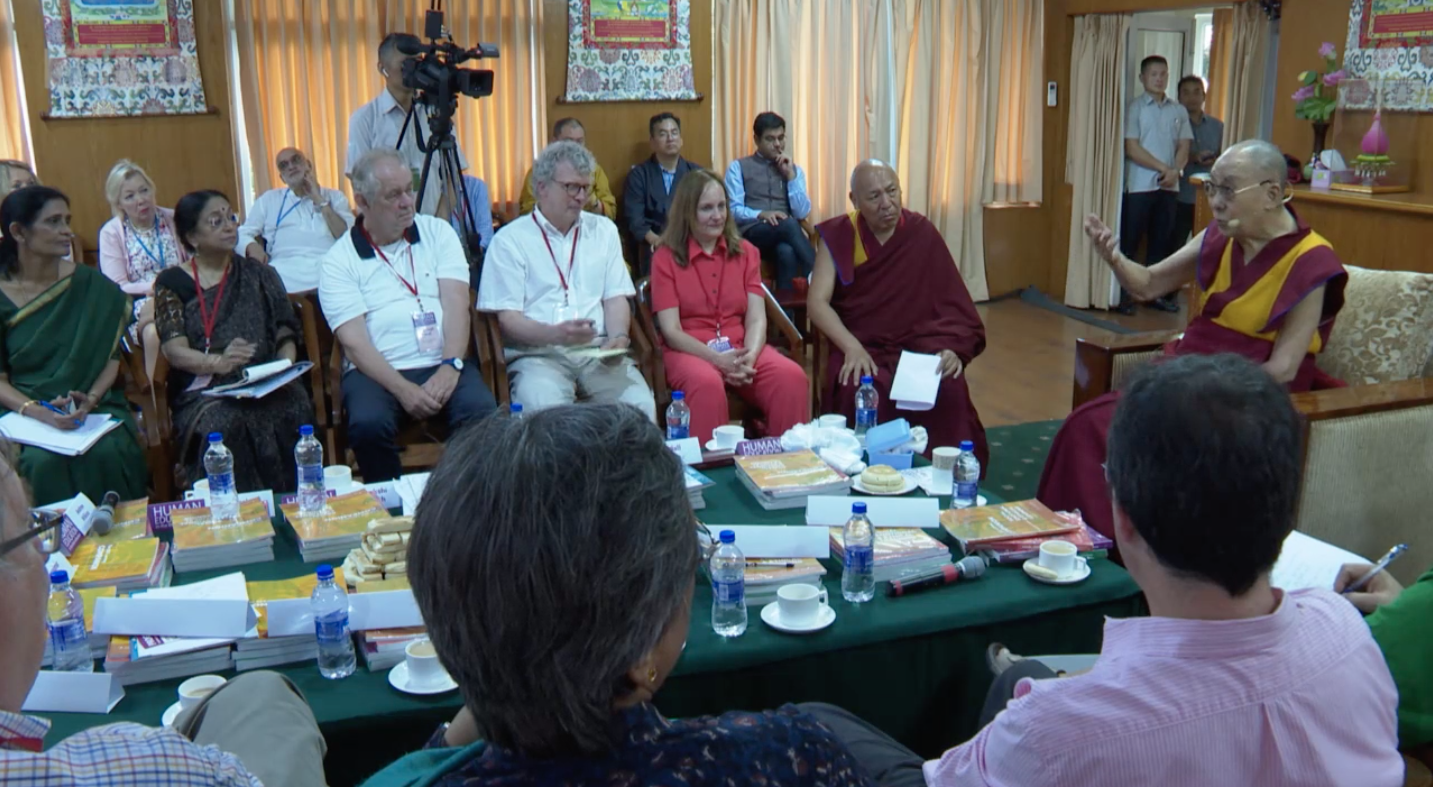 His Holiness the Dalai Lama in conversation with the delegates of the conference on Human Education in the Third Millennium. Photo/Screengrab 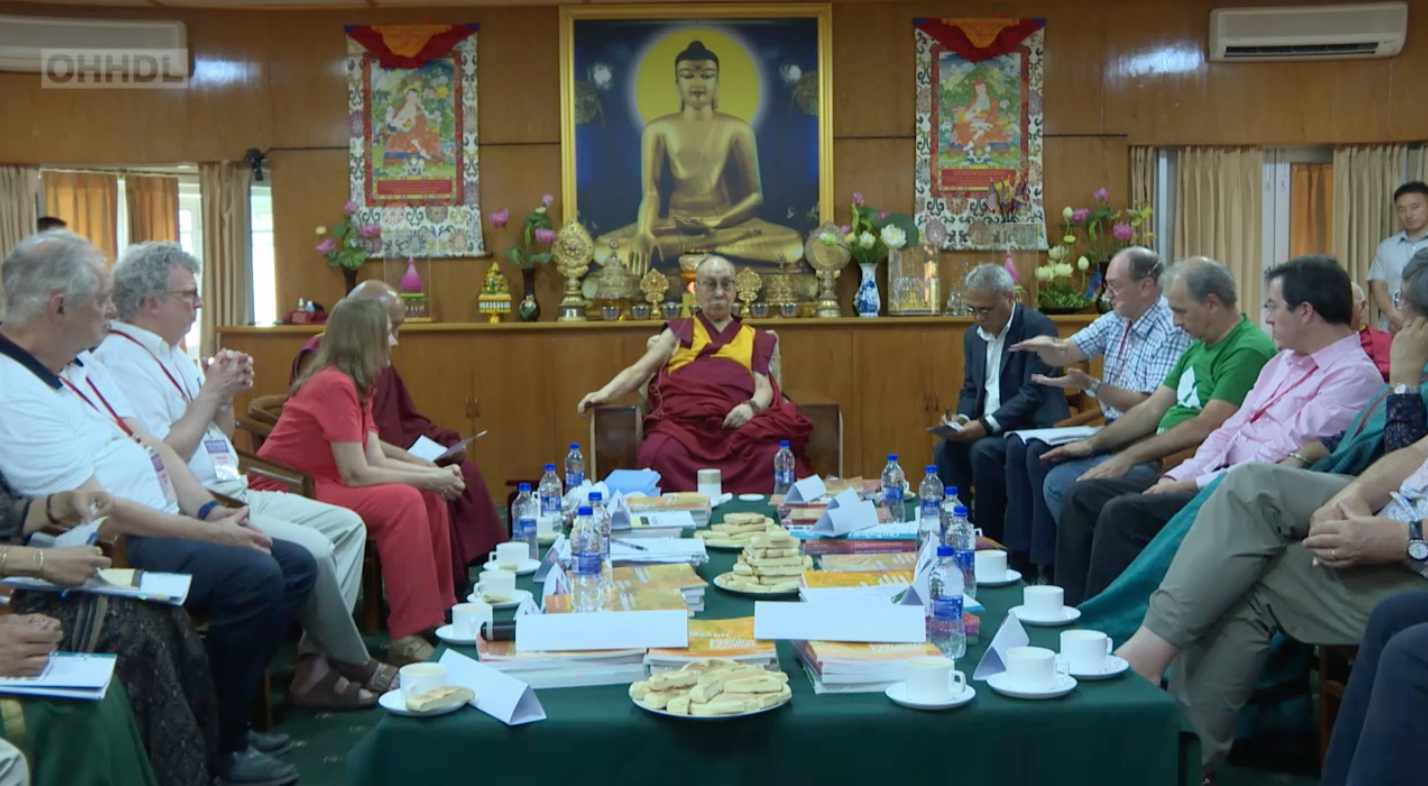 His Holiness the Dalai Lama listening as the moderator introduces the Round Table Conference on Human Education in the Third Millennium. Photo/Screengrab