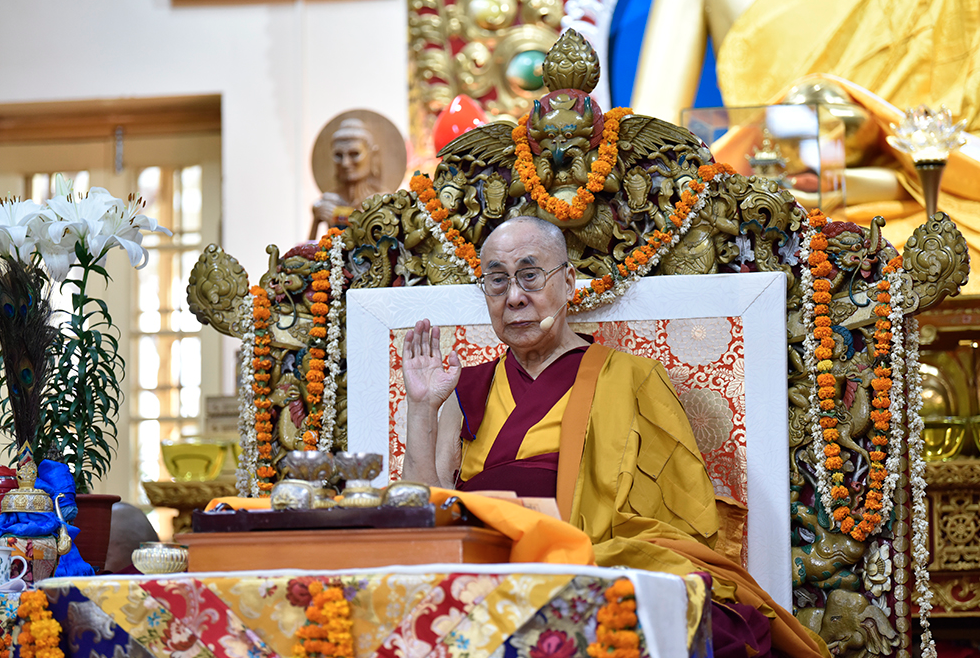 Dharamshala: While Tibetan Buddhists worldwide observe the holy Buddhist festivity, Sagadawa with the most vibrant displays of devotions and religious activities, it is most likely that Tibetans inside China-occupied Tibet will once again face severe restrictions—if not unprecedented—against observing any kind of devotional activities in personal or public space.

Sagadawa is the most sacred month of the year in Tibetan Buddhist tradition, commemorating the birth, enlightenment, and parinirvana and noble activities of the Buddha.

Last year China imposed a series of measures prohibiting Tibetan families and schoolchildren from participating in the Sagadawa festival. The birthday of His Holiness the Dalai Lama, Tibetan New Year, Monlam Chenmo Festival and Sagadawa are some of the many restricted and heavily curtailed dates in Tibet.

For Tibetan Buddhists, the month inspires the highest expressions of devotion to one’s spiritual teacher and Buddhist practice. Buddhist adherents engage in rigorous study of Buddhist texts, contemplations and receive many teachings from revered lamas.

Here in Dharamshala, the seat of His Holiness the Dalai Lama and Central Tibetan Administration, the Tibetan Buddhists gathered in thousands to receive teaching and spiritual empowerments from His Holiness.

At the request of Dzongkar Choede Monastery, His Holiness the Dalai Lama gave the Avalokiteshvara empowerment in a three-hour long elaborate ceremony. The statue of Jowo Wati Sangpo, the sacred image of Avalokiteshvara from Kyirong was displayed at His Holiness’ left.

“This empowerment of Avalokiteshvara comes from the lineage of the Bhikshuni Laxmi, a female practitioner. I received the transmission of this initiation from Tadrak Rinpoche, and my senior tutor Ling Rinpoche and on that basis, done recitation of the six syllable mantra, Om Mani Padme Hum,” His Holiness said.

His Holiness explained that Chenrezig Jowo Wati Sangpo, also referred as Kyirong Jowo, is one special guardian deity of Tibet with whom he felt a special connection.

“It was in a series of visions that the Fifth Dalai Lama had of this deity that he is said to have received teachings and transmissions relating to the ‘Secret Visions’.”

The main statue of the deity is one from Kyirong, a place close to the Nepalese border in Tibet. 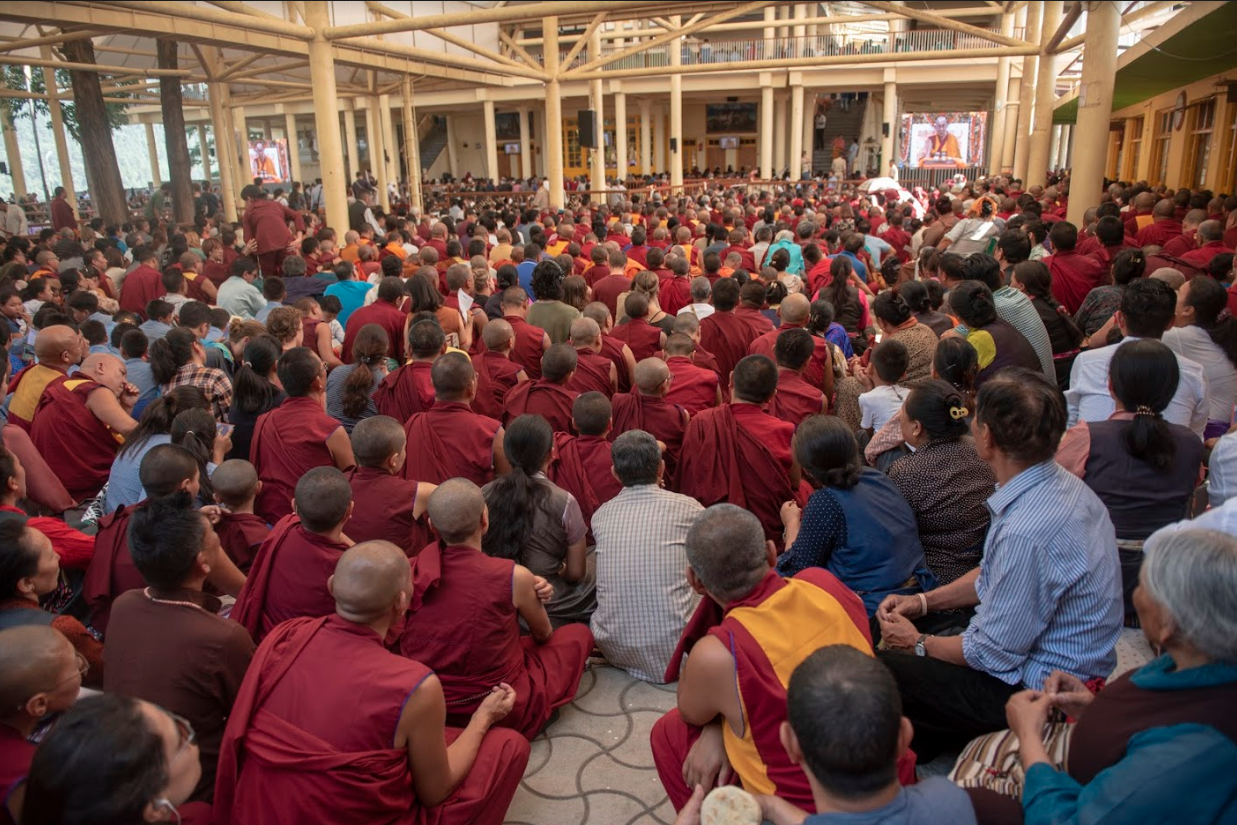 Some of the 11,000 Buddhist devotees listening keenly as His Holiness the Dalai Lama delivers teachings on Sagadawa at Tsuglagkhang, 5 June 2019. Photo/Tenzin Jigme/CTA 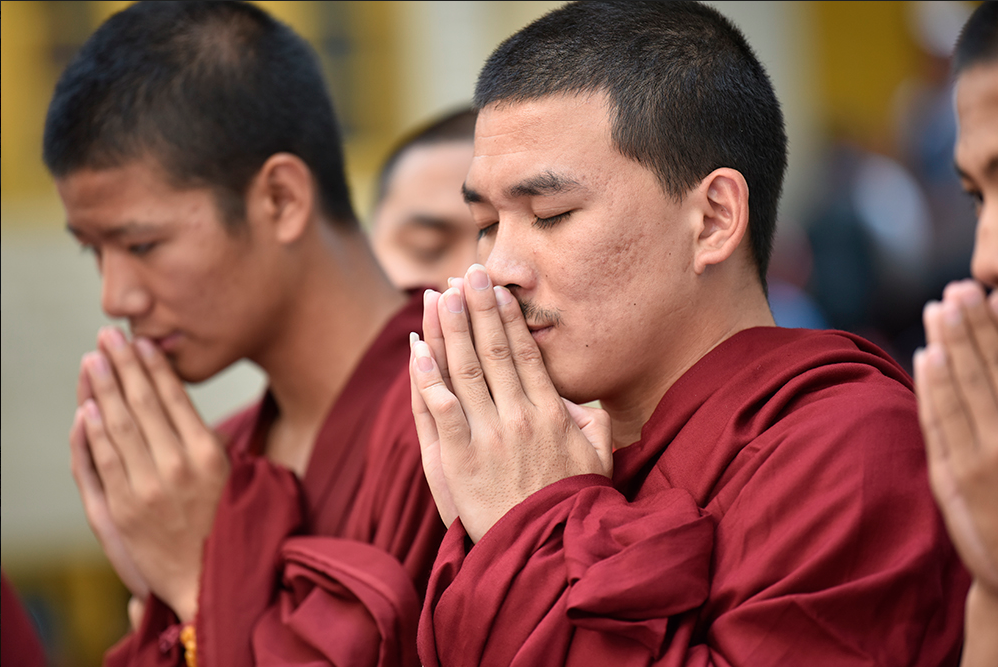 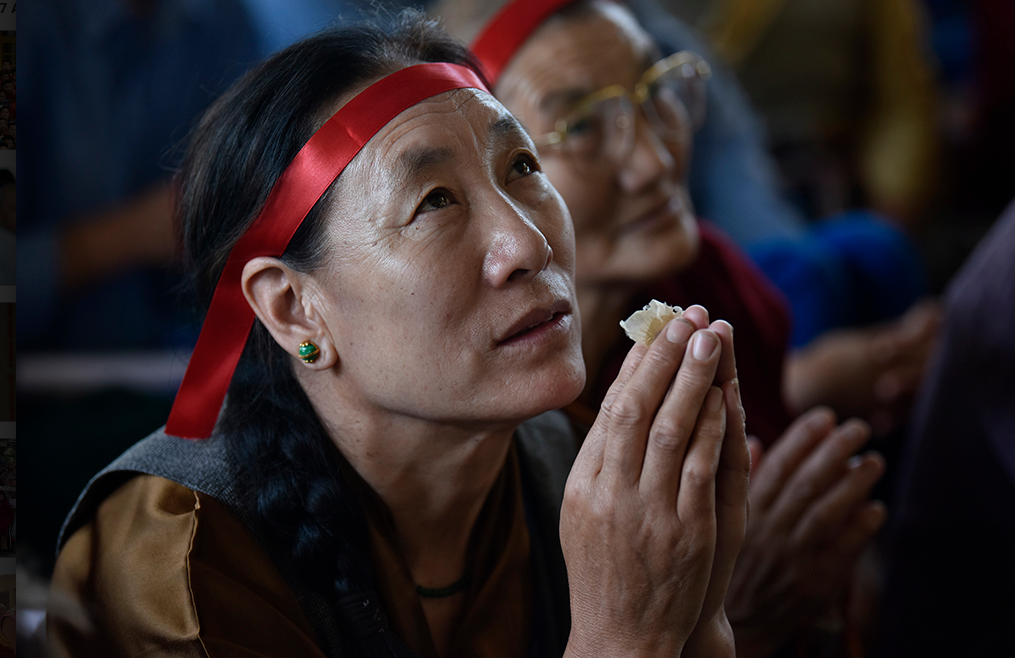