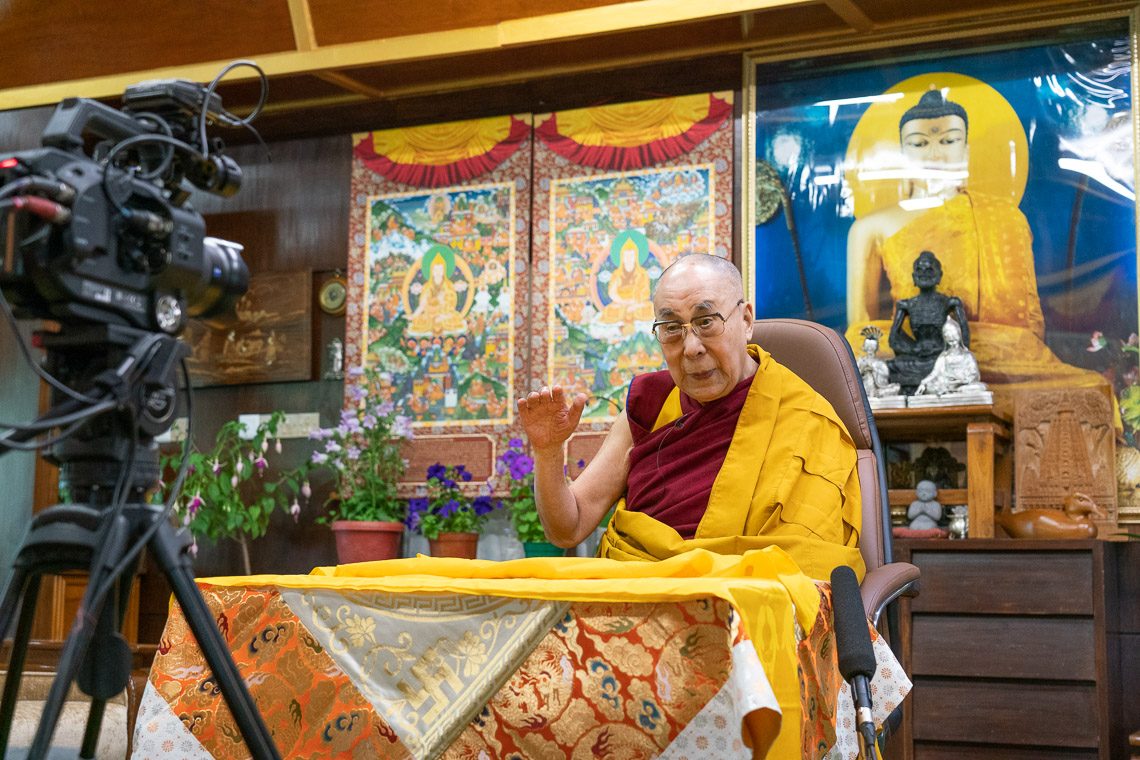 His Holiness the Dalai Lama begins the 2-days live teaching from his residence in Dharamshala. Photo/OHHDL

Dharamshala: Tibetan spiritual leader His Holiness the Dalai Lama after a three-month-long break from all engagements since the outbreak of COVID-19 pandemic, today began two-day live teaching on tackling negative emotions of fear and anxiety precipitated by the global health crisis.

Drawing from the teachings of Buddhist scholar, Nagarjuna in his text, “Precious Garland”, His Holiness stated that the analytical and scientific approach of the Nalanda tradition, forming the base for Tibetan Buddhism, is precise in the study of the workings of human mind.

He compared it to quantum physics that makes a distinction between appearance and reality, “Appearance can be misleading, an object can be dissected into the tiniest molecule. While inherently the object holds no fixed meaning, we as observers ascribe meaning to the object. Therefore, we should instead seek an objective reality.”

His Holiness observed how materialistic development with its comfort and ease has brought along the human ignorance towards inner peace, so much that even materially successful people feel discontent.

The antidote to this discontent is the understanding that mental and emotional wellbeing is central to self-confidence and happiness. Tibetan Buddhist philosophy espouses the transformation of mind as the key to achieving peace and happiness within oneself and in the world at large.

Especially relevant in the present circumstances, His Holiness spoke on the interdependence of all living beings, “an individual is reliant on community to survive which teaches us to strive for kindness and compassion towards one another, qualities intrinsic to human nature.”

Similarly in the COVID-19 crisis that we are facing today, His Holiness stressed global cooperation and focus on what unites us as members of one human family.

In this vein, His Holiness called upon all citizens of the world to also pay attention to the long-term issue of global climate change that has been set in motion and are expected to have far-reaching consequences within the next two decades.

His Holiness will resume the teachings tomorrow morning.

Watch the live teachings from the official website here. 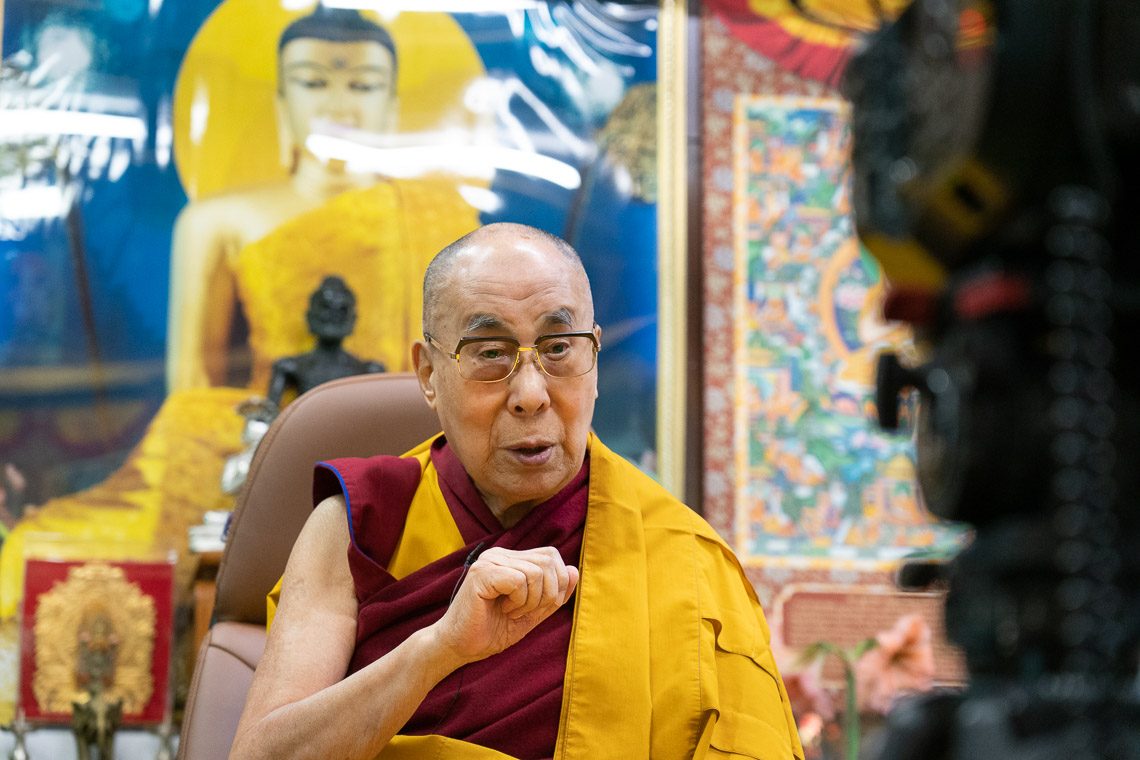 His Holiness the Dalai Lama speaks into the camera to the millions of followers watching the live programme. Photo/OHHDL 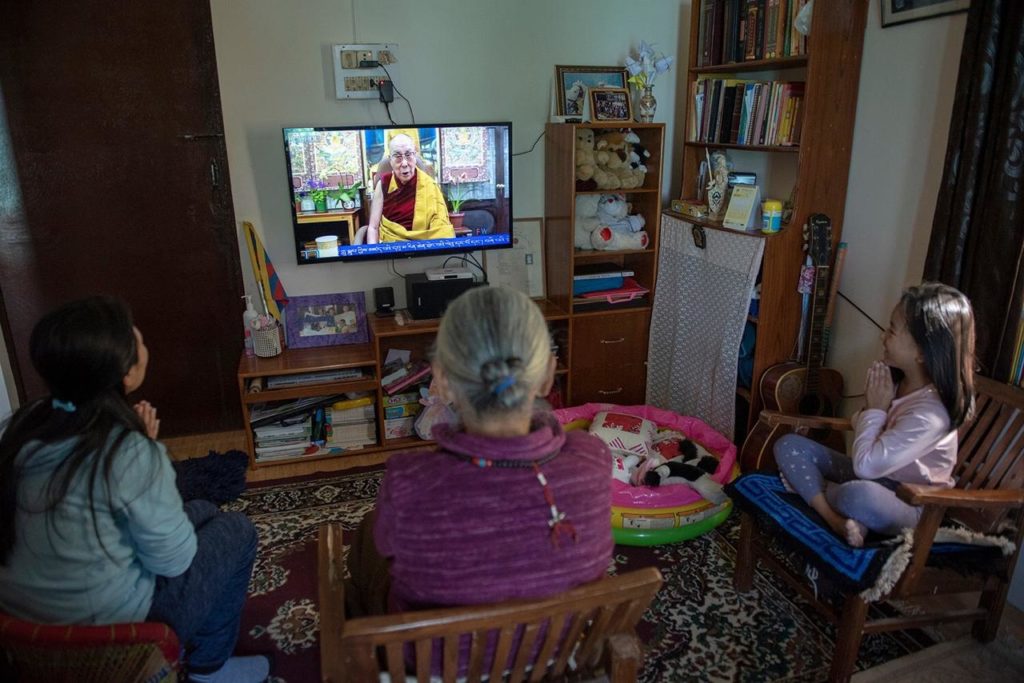 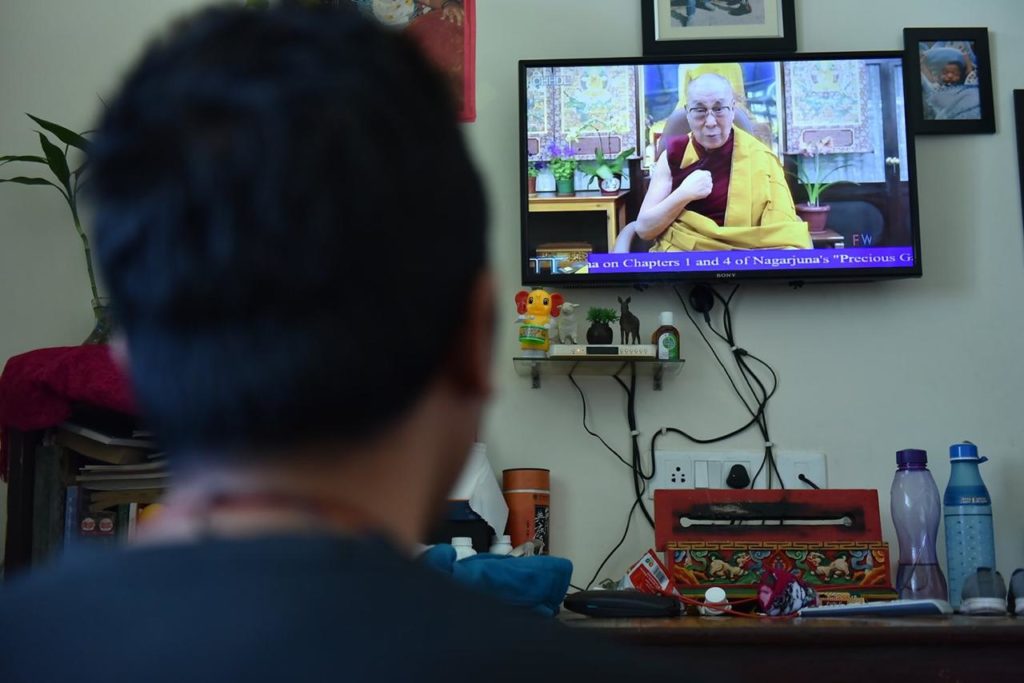 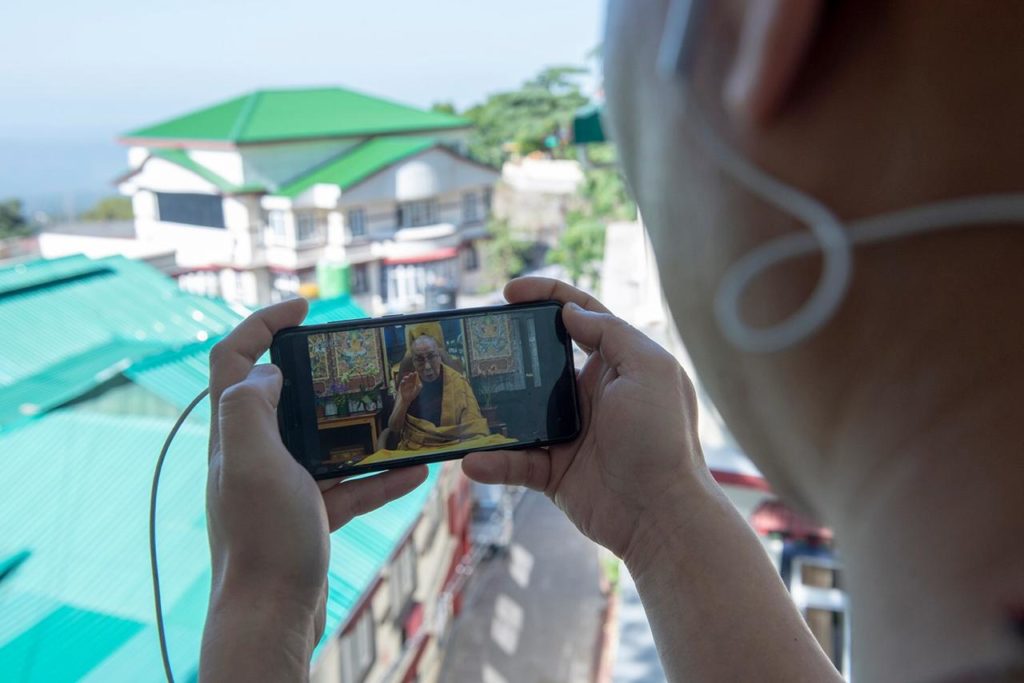