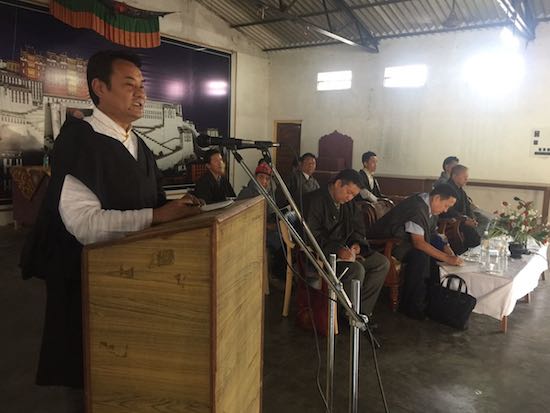 In the public meeting, Health Kalon addressed public about the Kashag’s three policy and five-fifty strategies to renew effort in Tibetan people’s struggle to seek genuine autonomy in the next five years while struggling to strengthen and sustain the Tibetan movement over the next fifty years. Moreover, he shared some of ongoing activities of the present Kashag in different fields, i.e Education, Health, Finance, Culture and News medias etc.

Health secretary delivered speech on the current health status of Tibetan community and he motivates public to pay more attention on health prevention activities. He also pointed out some of health issues like TB, Hep-B, Substance Abuse and HIV diseases which we have to extend more effort in future for betterment of our community and the public meeting was ended with questions and answers session.

The Chief Representative of southern Tibetan Settlement also explained to public gathering about the importance of this visit and the Centre Health Department is taking serious action on building better and healthier Tibetan community. After the meeting they left for Hunsur Tibetan Settlement.

Though they reached Hunsur Settlement by late evening but they were greeted with exuberance welcome by the settlement office and other local Tibetan community leaders.

They visited to Tibetan monasteries, Mentsekhang clinic and Hunsur Health hospital. Visits are followed by meeting with local health committee members and health staff all together. During the meeting they encouraged to health staff and listened to their grievances.

Meeting with Public at Hunsur Community Hall and addressed by Health Kalon, Health secretary and chief representative office of southern settlement. After the meeting Health Kalon patiently listen public questions and answered to all the questions and then left for next station, Bylakuppe Tibetan Settlements. The visit was accompanied by the Chief Representative Office of Southern Tibetan Settlements. 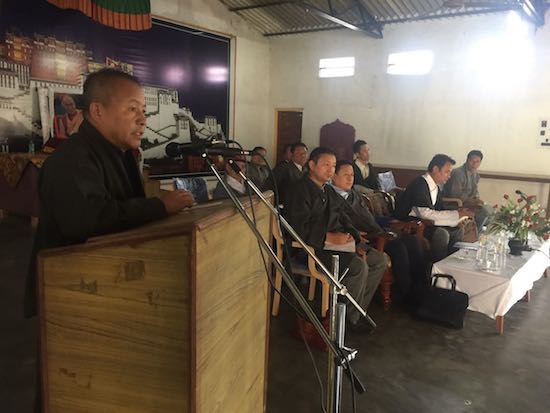 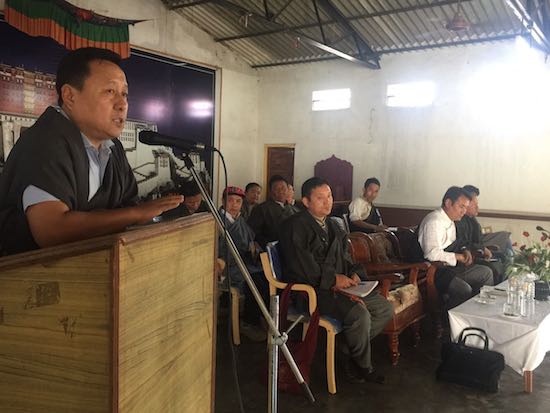 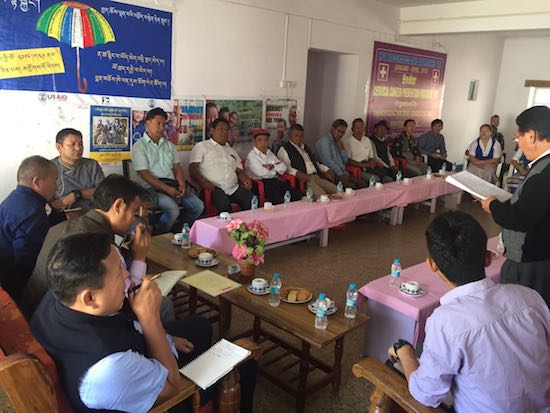 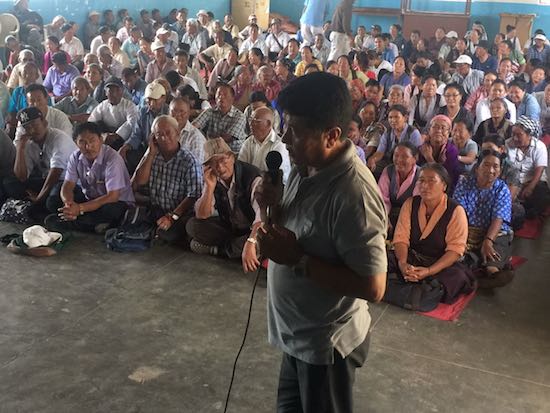 Community members at the address by health kalon and secretary.