German Parliamentary Delegation calls on His Holiness the Dalai Lama

His Holiness the Dalai Lama in conversation with the members of German Parliamentary Delegation at His Holiness’ residence in Dharamshala, 18 September 2019. Photo/OHHDL

Dharamshala: A three-member German Parliamentary delegation called on the Tibetan spiritual leader His Holiness the Dalai Lama at the latter’s residence Wednesday morning.

Speaking to the delegation at the meeting hall, His Holiness said “Today, China has become the greatest population of Buddhists. About nearly 300 millions Buddhists, many of them follow Tibetan Buddhism. So now there is some positive situation. Meantime in the free world especially in Germany, every occasion you express your concern about Tibet issue and Tibetan cultural heritage and environment. It’s very useful.”

His Holiness spoke briefly on China’s policy on Tibet saying that many Chinese leaders recognise the policy to have failed and are open towards a more realistic approach.

“Now among the top leaders that kind of new thinking we find,” said His Holiness.

Responding to His Holiness, Mr Frank Heinrich said, “When we hear you, we feel that we have represented now that we are here to complement and to see what voice we can be from your side. We risk even never to go to China again because they would not let us in because we talk to you and the president of exile government.” 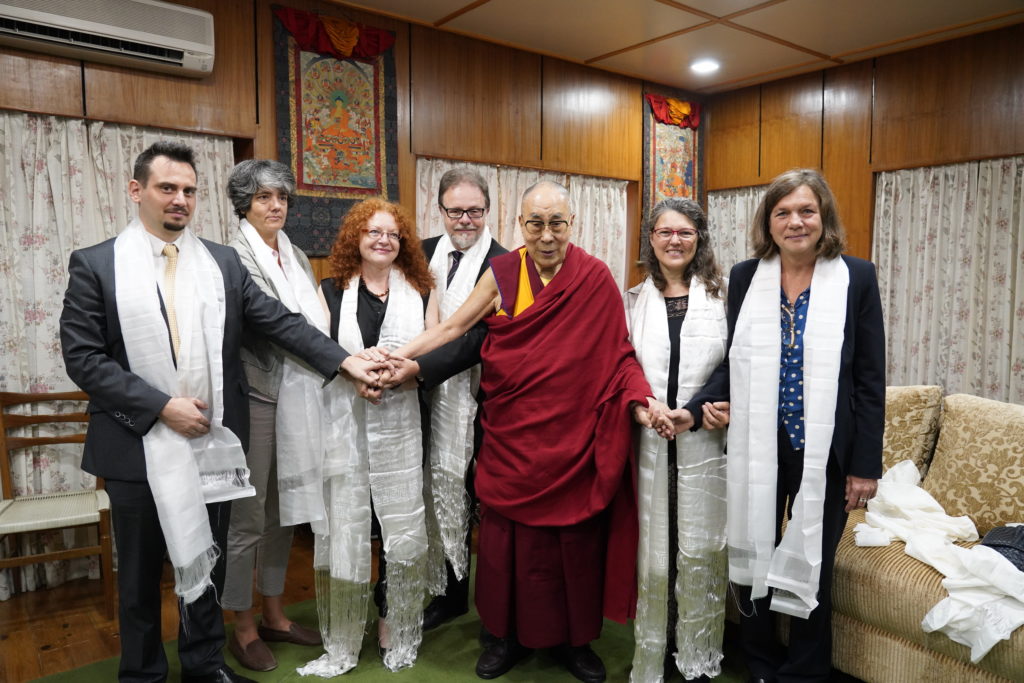 His Holiness the Dalai Lama with the German delegation, 18 September 2019. Photo/OHHDL

Later in the afternoon, President Dr Lobsang Sangay of the Central Tibetan Administration led Cabinet Ministers hosted the delegation for an hour and a half meeting at the Kashag Secretariat.

President Dr Sangay urged the delegates to bring the issue of Tibet on the front-line whenever possible and also to further advocate the Tibetan cause at the helm of German Bundestag. He further elaborated on the current situation of Tibetans inside Tibet particularly the deteriorating human rights and religious freedom in Tibet. Dr. Sangay also raised concerns on China’s interference in the sacred, spiritual process of reincarnation. 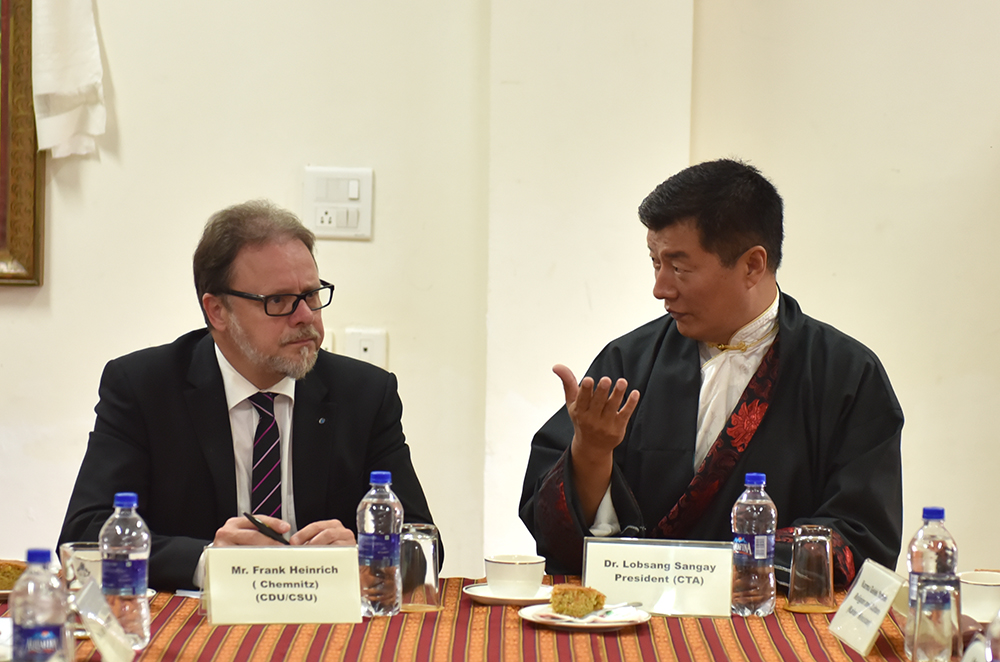 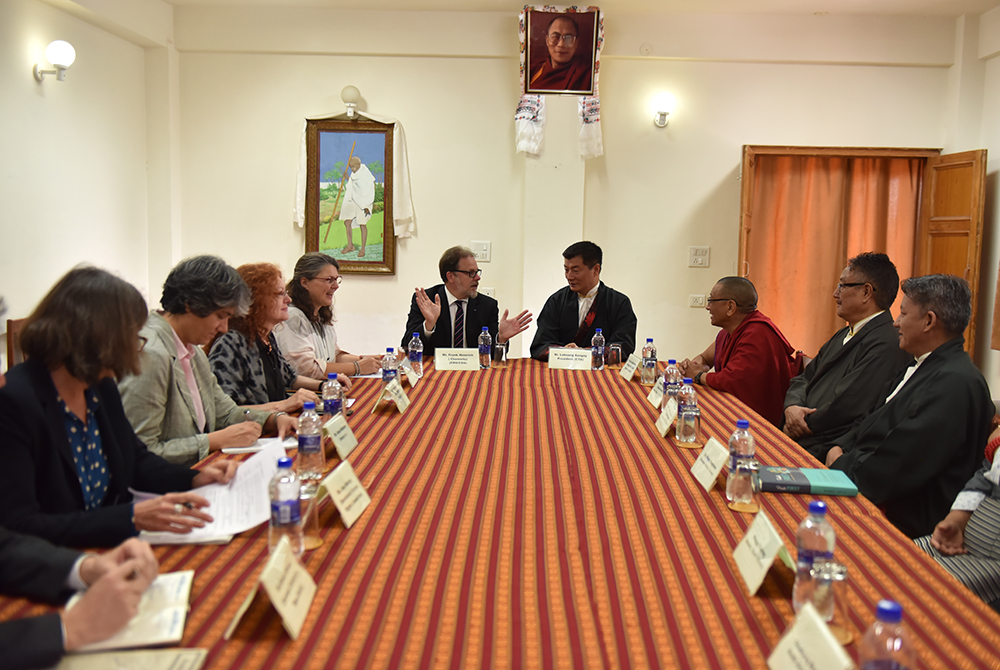 Meeting at the Kashag Secretariat in progress between the CTA leadership and German parliamentary delegation. Photo/Tenzin Phende/CTA 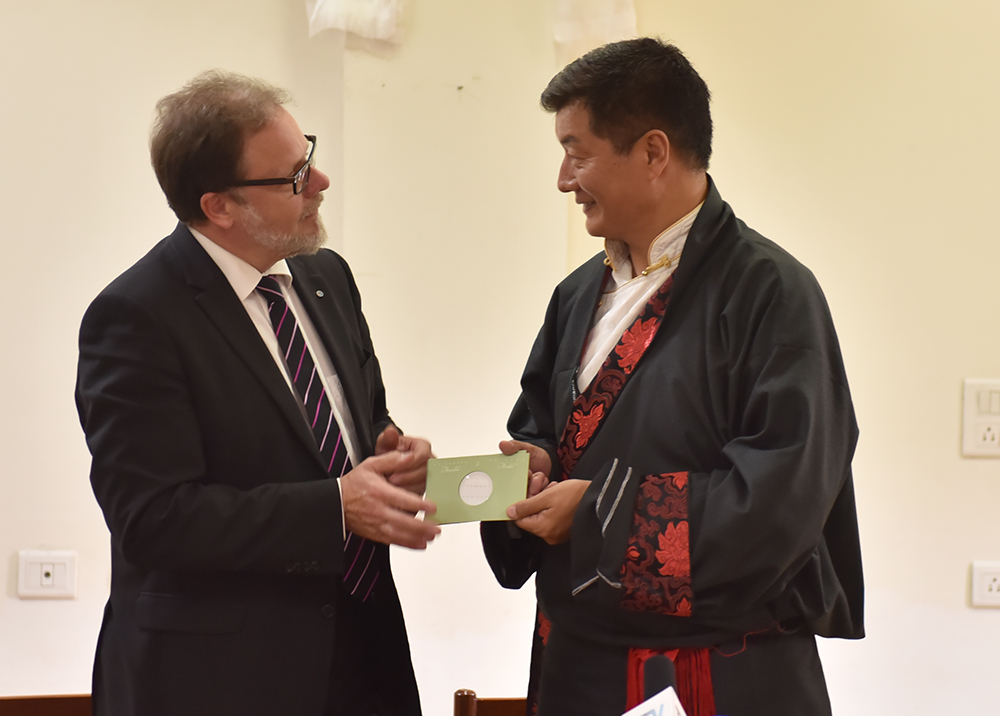 Head of the German Delegation and Member of German Bundestag Mr Frank Heinrich presenting a souvenir to the CTA President Dr Lobsang Sangay. 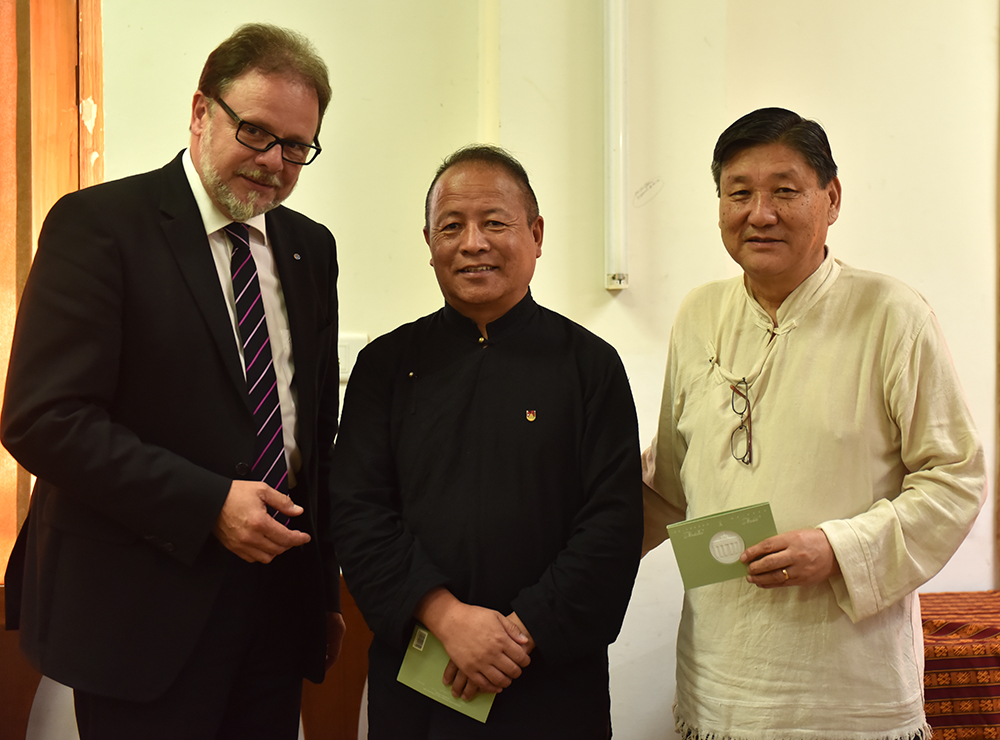