Guwahati: Tibetan writer and activist Tenzin Tsundue who is on a long speaking tour of the Himalayas with his campaign titled “Walking the Himalayas” starting his journey from Leh, Ladakh on 17th August, 2021 after completing the tour of the four of the five Indian Himalayan States/Union Territories in 87 days reached Guwahati, Assam; the Gateway to the North East India on Thursday, 11th November, 2021. Tenzin Tsundue was accorded a warm welcome and received by the Members of Free Tibet: A Voice from Assam, a Tibet Support Group based in Assam led by renowned environment activist and writer, Mr. Soumyadeep Datta, who is also the Regional Convener, Core Group for Tibetan Cause – India.

Later in the evening, Mrs. Novanita Sharma, Guwahati Coordinator of Free Tibet: A Voice from Assam along with other members Ms. Kankana Das, Mr. Pankaj Kumar Dutta, Ms. Banani Das and Mr. Bikas Bordoloi organized a press conference titled “Meet the Press by Tenzin Tsundue” at Gauhati Press Club in Guwahati where the Tibetan activist addressed the large gathering of media friends about his campaign “Walking the Himalayas” and its purpose, his journey so far and his onward journey. He actively interacted and answered to the queries of media personnel. The press meet was well attended by the media fraternity and some prominent members of Assam Civil Societies, and was well covered by both the print and electronic media.

A film ‘Escape of the Dalai Lama from Tibet’ was also screened to the members. The film makes sense of Chinese occupation of Tibet and Chinese military pressure across the Himalayan borders. Tenzin has shared that screening the film for more than eighty times, our audience has been deeply touched by the story of Tibet and the Dalai Lama’s unflinching faith in Karuna and Ahimsa. Many Ladakhis said although His Holiness the Dalai Lama is their spiritual guru, almost like their God, they confessed that they are ashamed that they didn’t know the real story of the Dalai Lama. People in Spiti and Kinnaur said that the Dalai Lama’s presence in India has helped them keep their language, culture and religion alive. People in Uttar Pradesh and Bihar said that the Dalai Lama is continuing the great legacy of Karuna and Ahimsa taught by Gautam Buddha and Mahatma Gandhi.

Walking the Himalayas is Tenzin Tsundue’s campaign to journey through the five Indian Himalayan States/Union Territories of Ladakh, Himachal Pradesh, Uttarakhand, Sikkim and Arunachal Pradesh to create more awareness about the 70 years of Chinese occupation of Tibet and its impact on Indian Himalayas, and also the growing Chinese security threats on India. So far, he had toured Leh, Kargil, Zanskar, Nubra, Nyoma and Thiksey in Ladakh; Lahual, Spiti, Kinnaur in Himachal Pradesh, and in Uttarakhand, he had toured Darchula, Munsiyari, Pithoragargh, Nainital, Almora and Haldwani. In Sikkim, he had toured Lachen, Nathula, Namchi, Ravangla, Gangtok and Rumtek, and on his way back, he had travelled to the villages and towns through Kalimpong, Darjeeling, Mane Banjang, Mirik, Sonada, Kurseong, Odlabari and Siliguri. He is now on his way to Arunachal Pradesh, the last of the five Himalayan states. He will travel to Tawang, Jang, Lumla, Jimmethang, Dirang, Bomdila and on way to the capital, Itanagar, he will travel through Ziro, Menchukha, Tuting, Tezu and Miao. 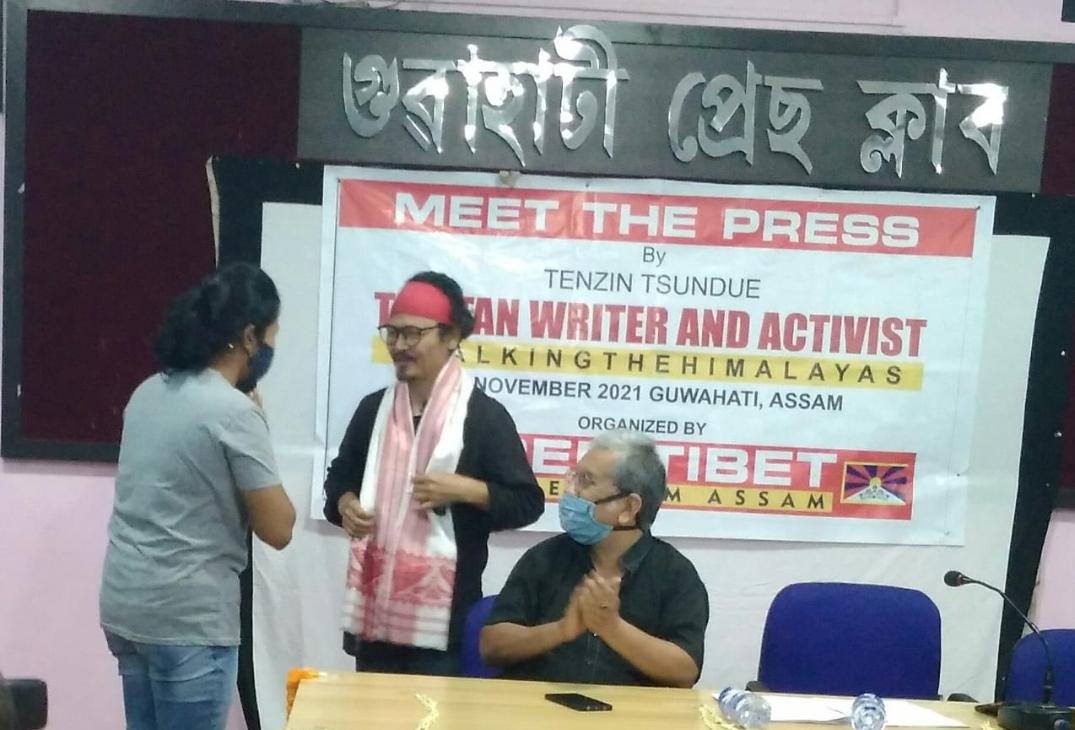 Tenzin Tsundue being felicitated with a traditional Assamese Gamcha 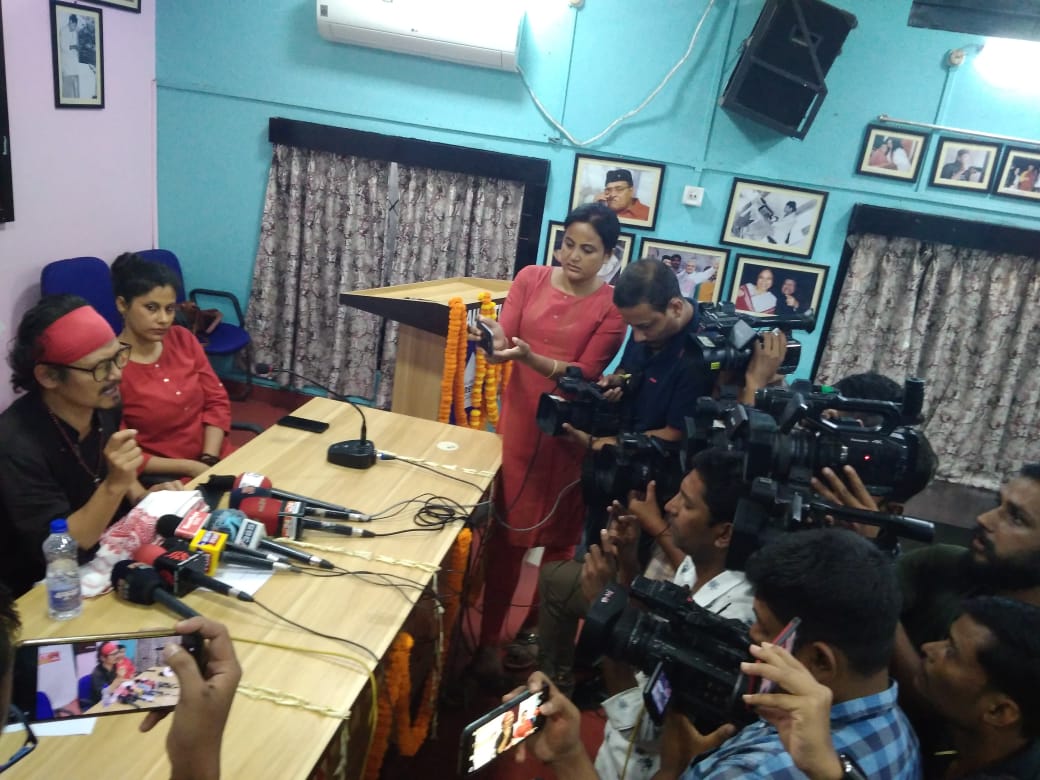 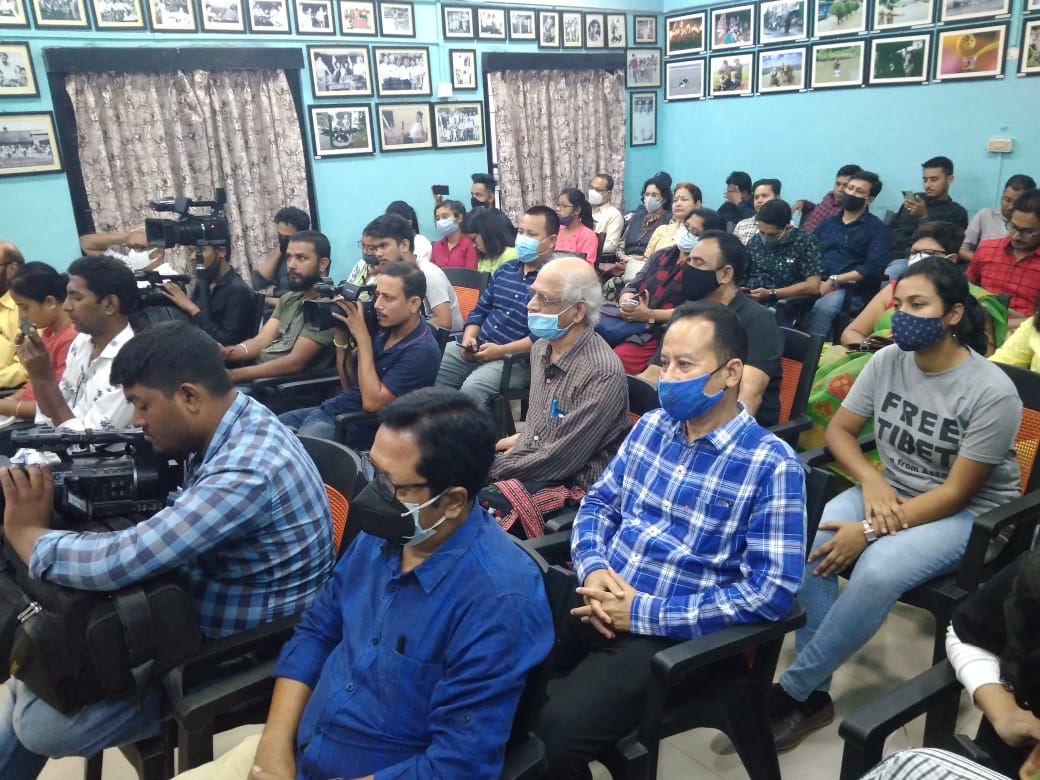 Members during the Press Meet at Gauhati Press Club 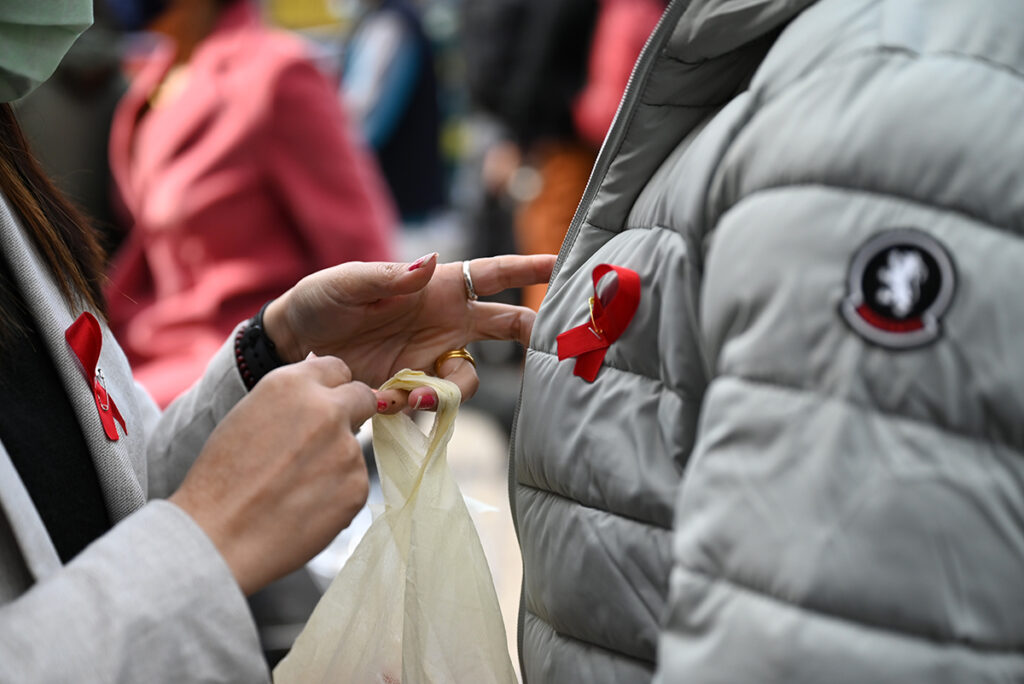 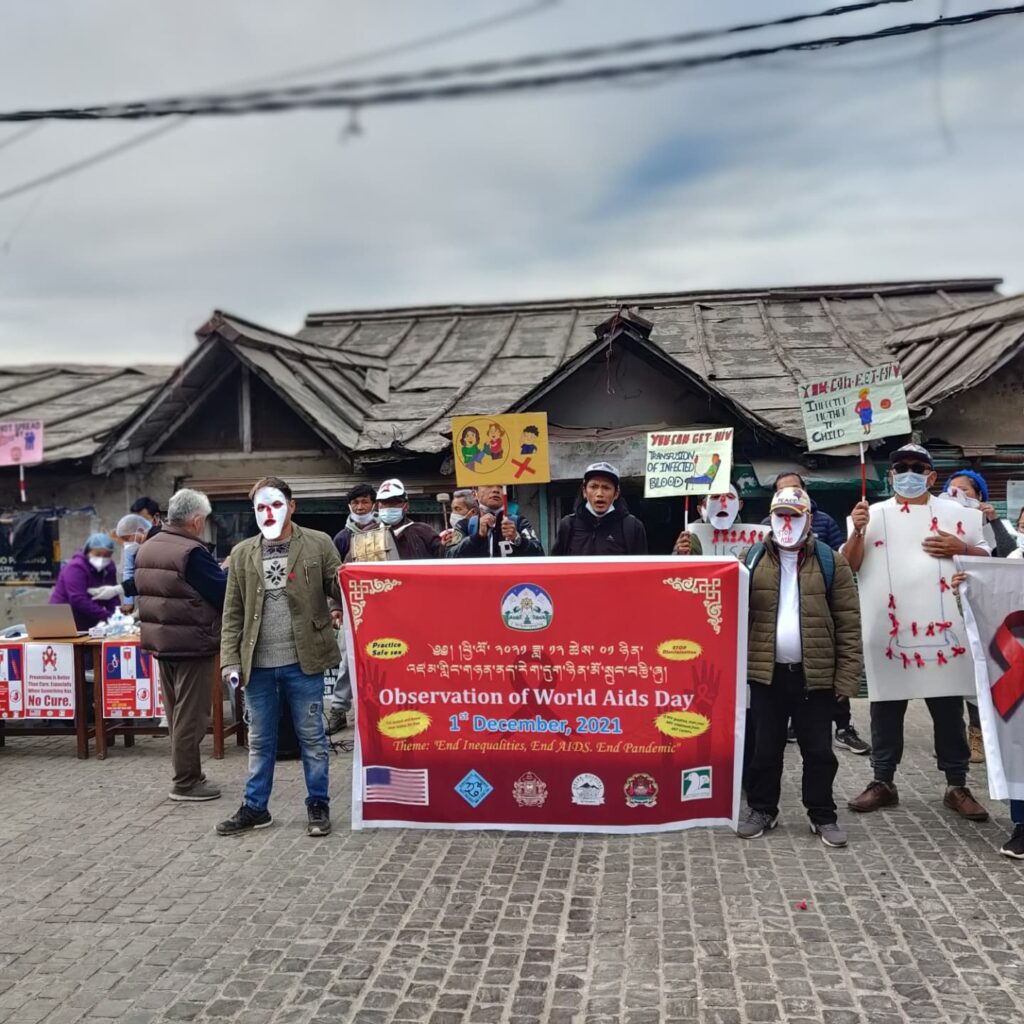 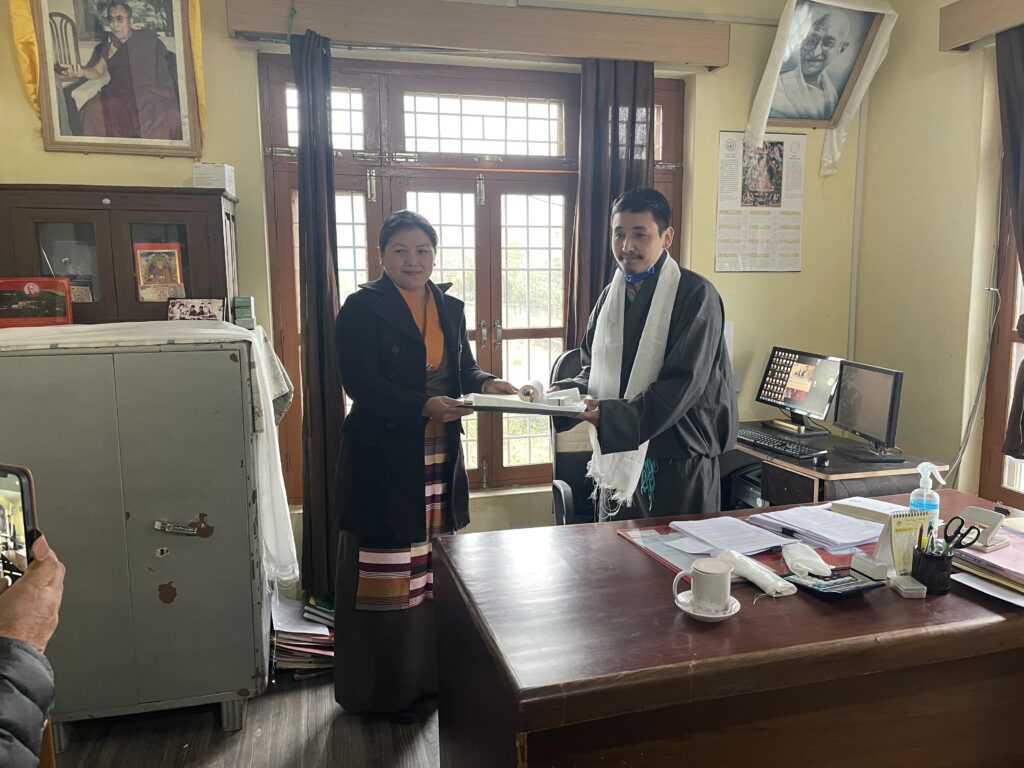