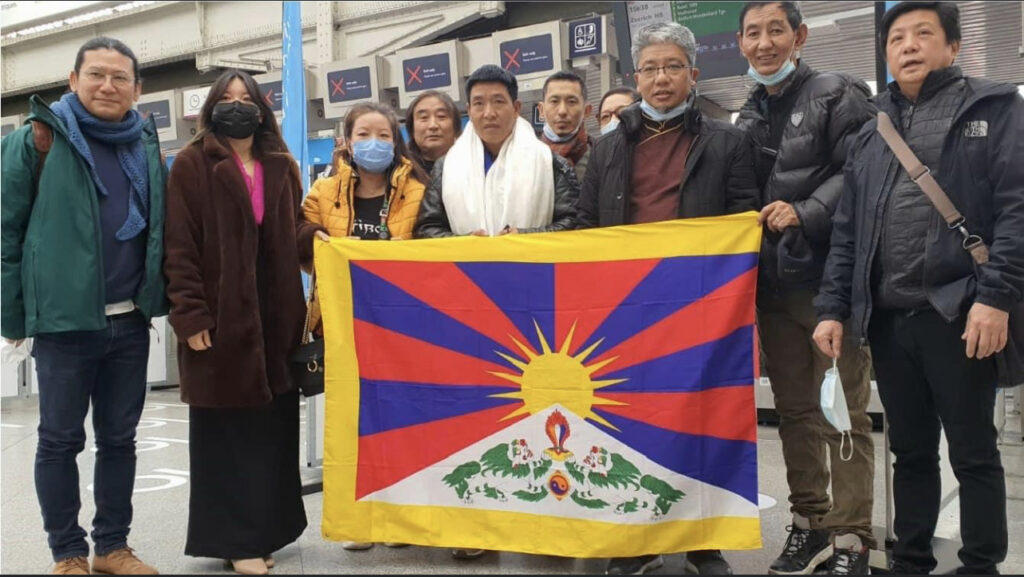 Mr Dhondup Wangchen upon his arrival at the Paris

Paris: A former Tibetan Political Prisoner, Mr Dhondup Wangchen, has arrived in Paris where he was received by the President of Tibetan Community, SFT and the other Tibetan Associations at Gare du Nord railways station yesterday.

SFT France will be coordinating Mr Dhondup Wangchen’s Paris tour between 18 to 23 November 2021. As per the scheduled programme, he will meet journalists, politicians, and individuals to narrate his personal experience of the suffering of Chinese prisoners and the suffering of Tibetan people inside Tibet aftermath of the 2008 Beijing Olympic Games, hoping that his narrative and emotional experience will bring Tibet to the forefronts at the 2022 Beijing Olympic games. Although, the Chinese government has won the right to host the 2008 Olympics with pledges to improve its human rights performance in line with Olympic ideals. However, the promises were never met, rather the human rights situation continued to deteriorate in Tibet.

Dhondup will be participating in the Protest against the 2022 Beijing Olympic games on 20 November 2021 in Paris, which will be jointly organised by five Tibetan Associations in Paris and on 21 November. He will be telecasting his film “Leaving Fear Behind ” to the Tibetan people and meanwhile narrate the experience and suffering he underwent making this film.

He will be recording video statements from individuals, journalists, politicians and others during his tour. The videos will be later compiled and handed over to the International Olympic Committee at the end of this tour.